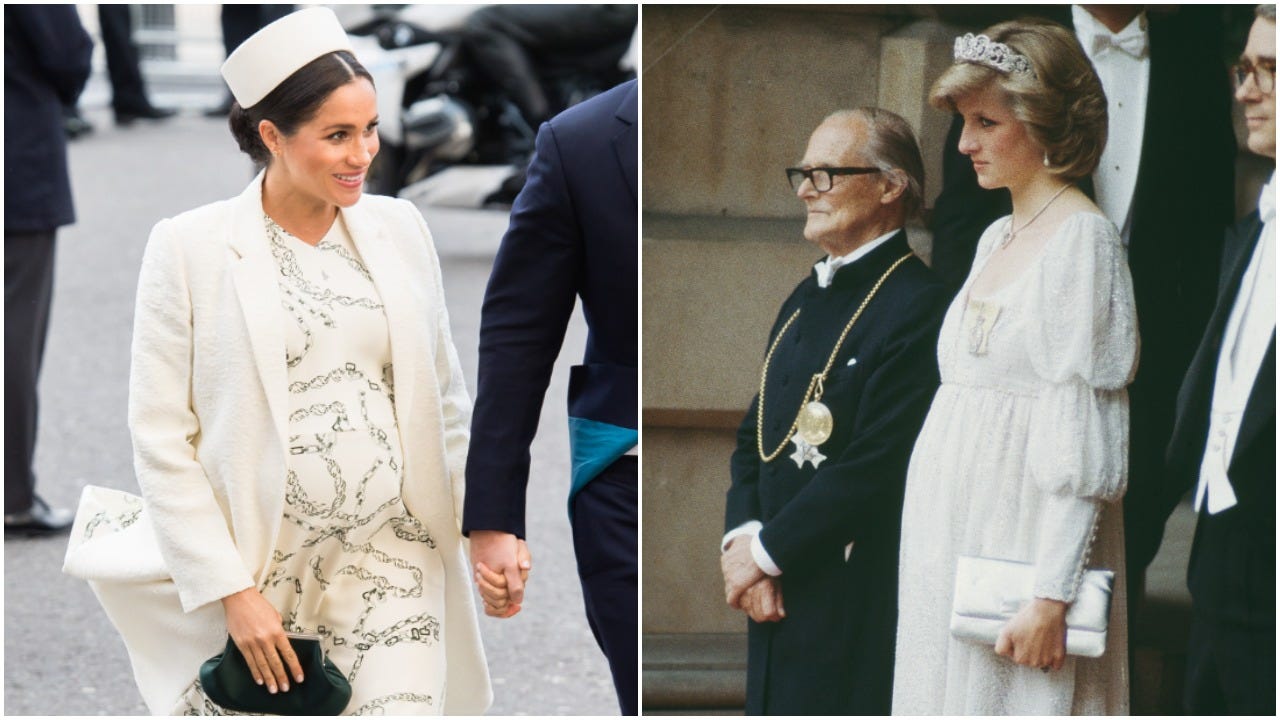 Prince Harry and Meghan Markle mirrored Princess Diana by announcing on Valentine’s Day that they are expecting a second child.

Representatives for the couple confirmed that “Archie is going to be a big brother” and shared a black and white photo of Harry and Markle surrounded by greenery in Santa Barbara, California.

Fans of the royal family have noticed that when Diana, Princess of Wales, was pregnant for the second time with Harry, she made the news public on February 13, 1984.

While Kensington Palace announced Diana’s pregnancy a day earlier, as reported by People, it then made headlines around the world on Valentine’s Day just like her son today.

Omid Scobbie, the co-author of Harry and Markle’s biography,Finding Freedom, shared an old clipping of the Daily Express cover from that day, with the headline: “Valentine’s day joy for Charles and Diana.”

A touching tribute announcing for the Sussexes to announce their exciting news on #ValentinesDay❤️ It was exactly 37 years ago that Princess Diana shared with the world that she was pregnant with Prince Harry. pic.twitter.com/NQfUiw62Sc

“So now we all know the secret of her enigmatic smile,” it read.

Harry, 36, is now the same age Diana was when she died in 1997. This is also his second child, so it’s thought that the announcement timing could be a tribute to his late mother.

This would not be the first time Harry and Markle have made subtle gestures to honour Diana. The pair planted Diana’s favourite forget-me-not flowers at the Preschool Learning Centre in Los Angeles, California last August on the 23rd anniversary of her death, and Meghan’s wedding day bouquet included forget-me-nots.

While the new baby’s gender and due date remain unknown, a spokesperson for the Duke and Duchess of Sussex said that the couple “are overjoyed to be expecting their second child.”