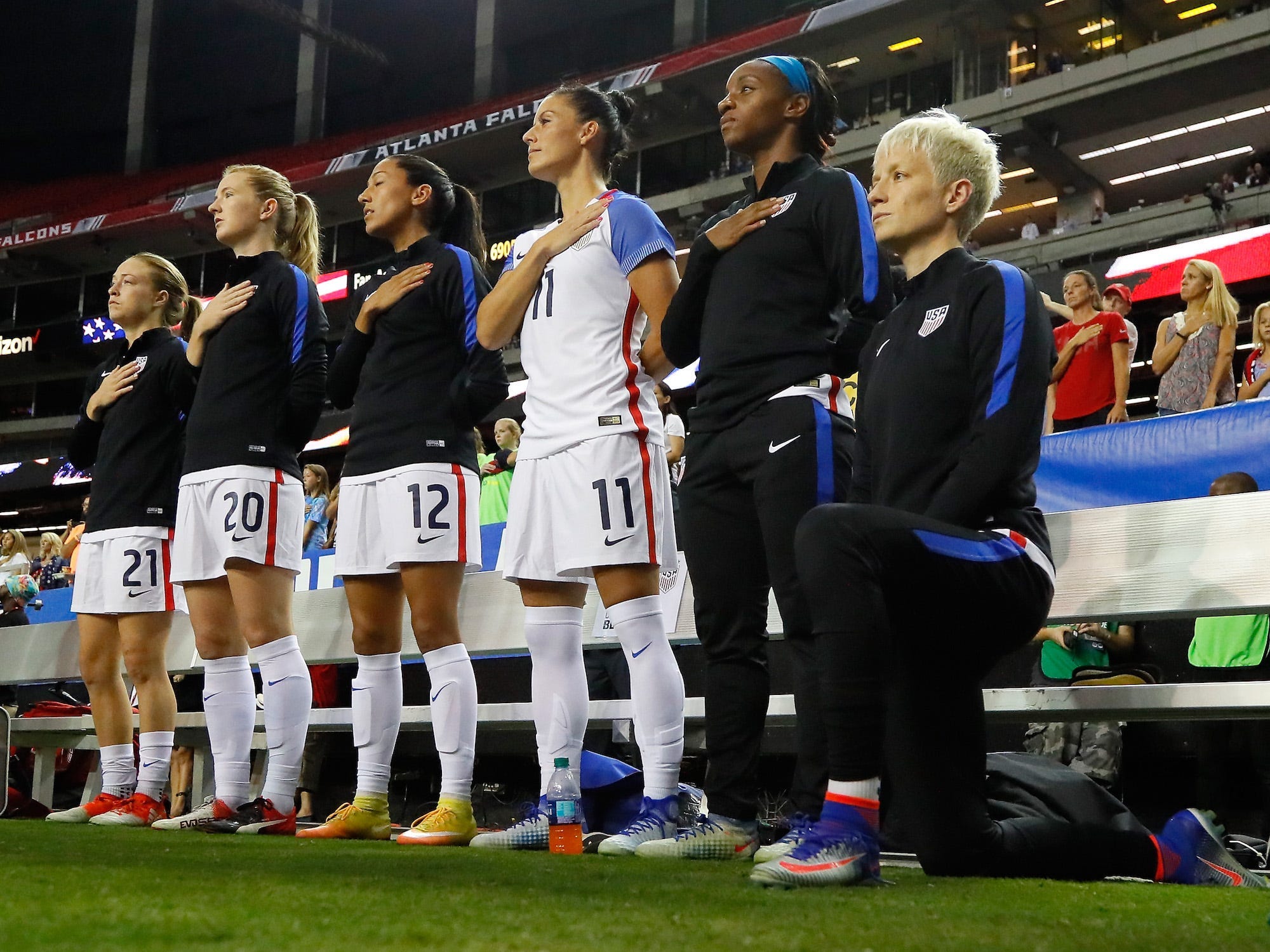 Megan Rapinoe is much more than a women’s soccer icon, as evidenced by the fact that one of the most defining moments of her career happened before she stepped onto the field.

The US Women’s National Team superstar made waves in 2016 when she kneeled in protest of racial inequality and police brutality, becoming one of the first white professional athletes to show solidarity with Colin Kaepernick. And in her new memoir â€” “One Life” â€” Rapinoe explains her decision to engage in the silent protest long before it was commonplace and discusses how she grossly underestimated the blowback that would come her way. 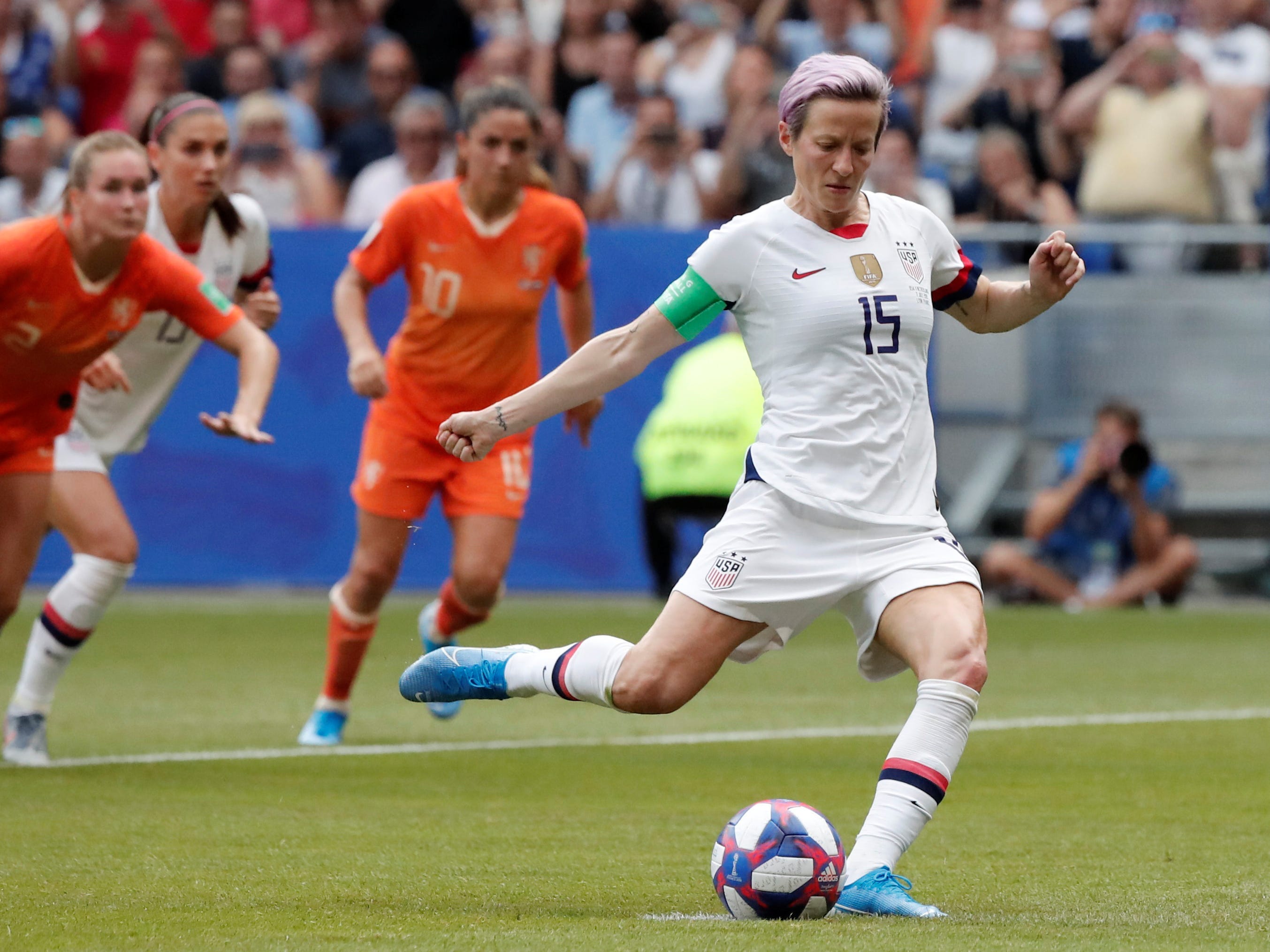 “When I joined Colin’s protest, I knew that my whiteness and the whiteness of my sport in general probably offered some degree of immunity,” she wrote. “I was also a woman â€” loud, yes, but small, pale, and, in the eyes of a lot of angry white men, relatively unthreatening.

“To his detractors, Colin was the embodiment of the racist stereotype of the aggressive Black male,” Rapinoe added. “To my own, I assumed I’d be little more than an irritant.”

Instead, the pink-haired striker recalled feeling the “full force” of her critics. Her social media platforms flooded with abusive comments as many people accused Rapinoe of “misusing the freedom the US military had fought to give [her].” Her agency needed to increase the security presence at their office and saw an influx of hate mail pouring in. Attackers called for her to be removed from the USWNT’s roster, and some even went so far as to threaten her life.

“In the days after kneeling, I realised I had called it wrong,” Rapinoe wrote. “There is a particular kind of baffled outrage reserved by white people for other white people they consider to be ‘betraying’ their race.” 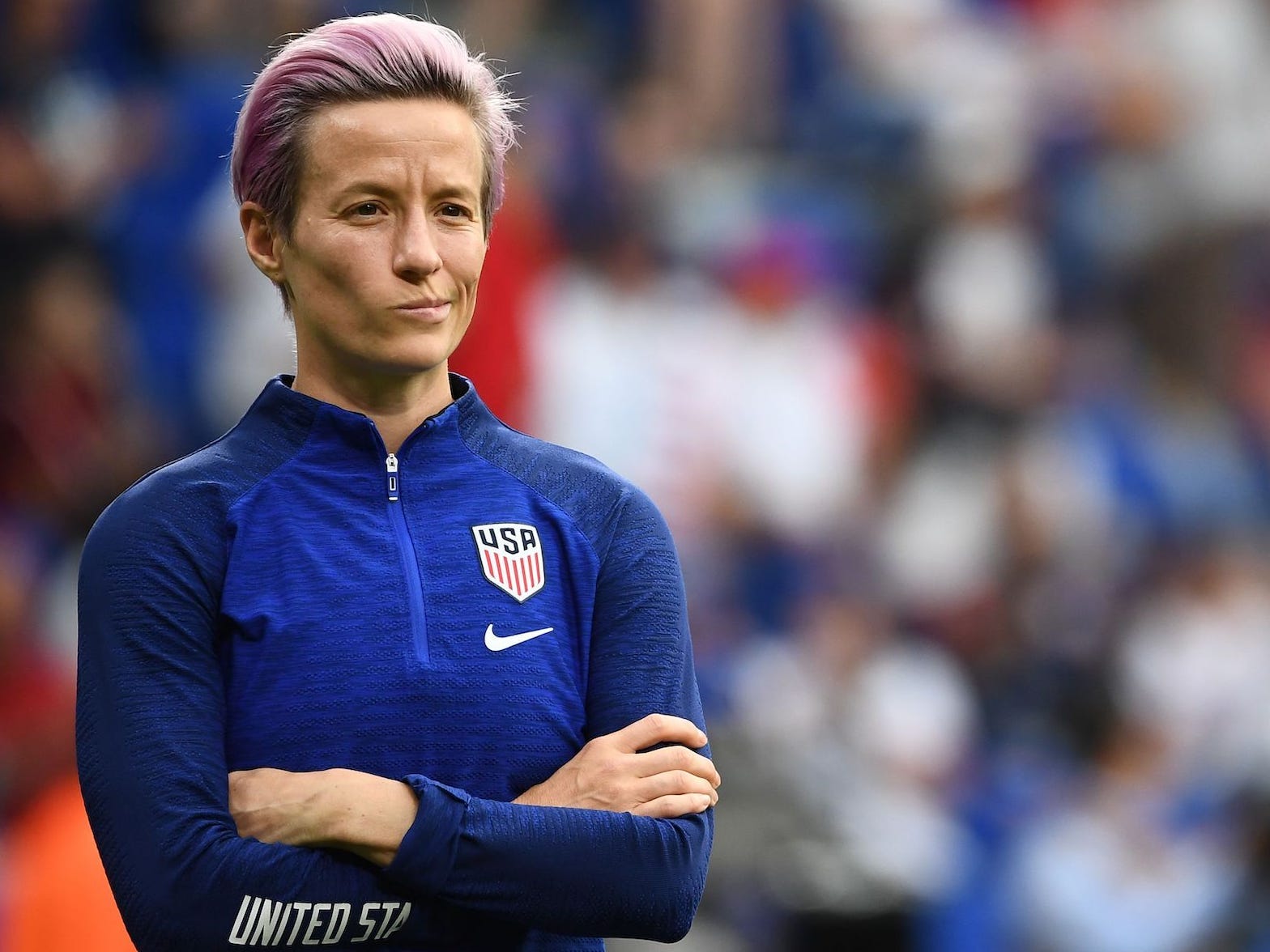 FRANCK FIFE / Getty ImagesMegan Rapinoe has come to realise ‘there is a particular kind of baffled outrage reserved by white people for other white people they consider to be ‘betraying’ their race.’

Even members of Rapinoe’s own family, while ultimately supportive, were concerned for her safety and suggested that she proceed with caution. Still, after setting her mind to participating in the protest, Rapinoe insisted that continuing to kneel was the most effective way to serve as an ally to Black Americans.

As a lesbian who came out publicly long before LGBTQ+ public figures were relatively common and marriage equality was legalised in the United States, Rapinoe intimately understood how important allyship is in the fight for fair and equitable treatment.

“Those who are discriminated against shouldn’t have to fight alone, and leaving advocacy to the marginalised group itself â€” the group most at risk of dismissal or reprisal â€” is, frankly, outrageous,” Rapinoe wrote. “As the summer [of 2016] wore on and Black Lives Matter became more prominent, I felt as if everyone had a duty to join.” 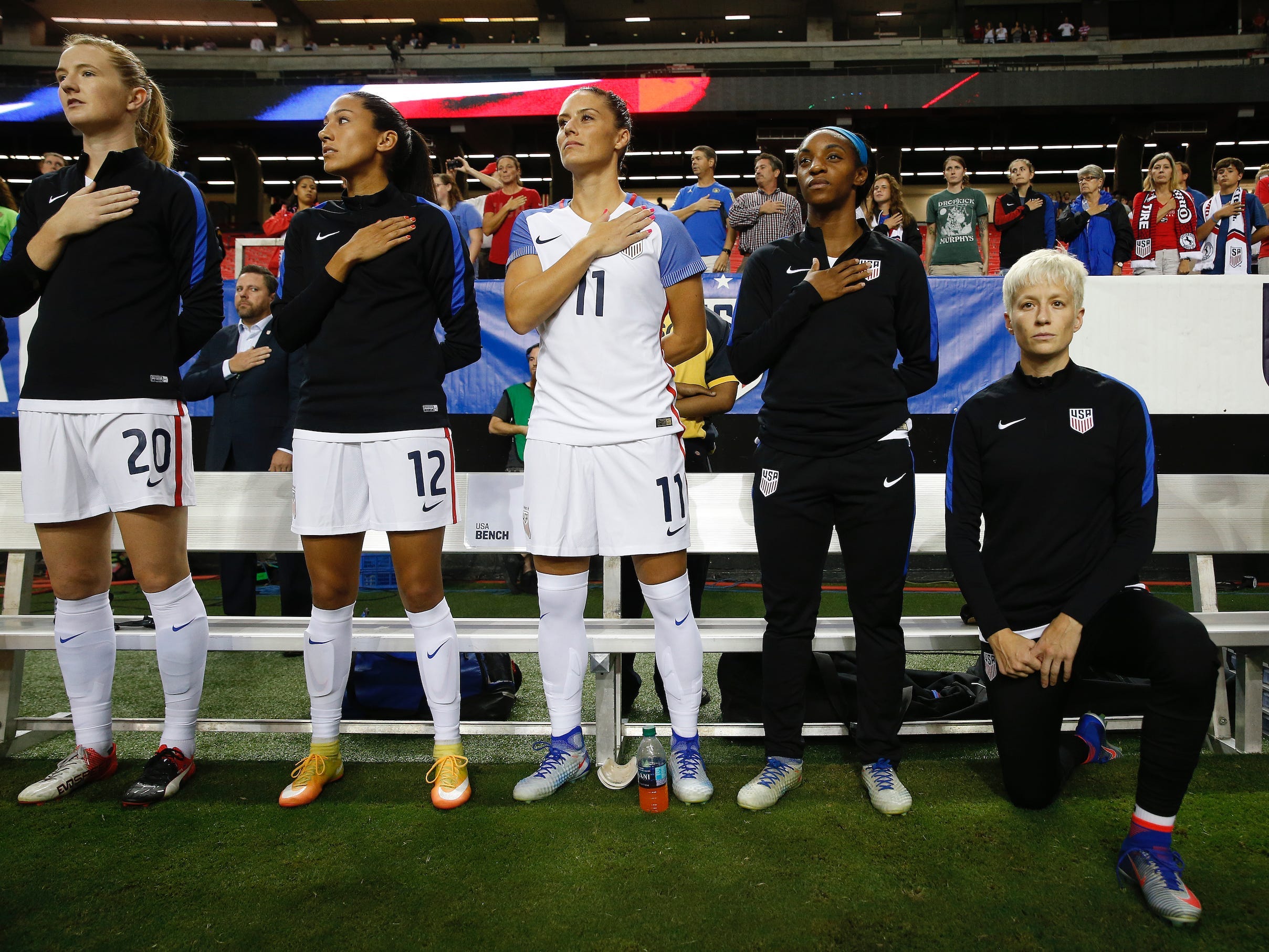 AP Photo/John BazemoreMegan Rapinoe (right) kneels during the national anthem prior to a USWNT game.

Though she has become one of the most prominent athletes in women’s soccer history, Rapinoe faced serious repercussions for kneeling during the national anthem. She was benched for multiple national team games following her initial decision to protest and â€” a few months later â€” was cut from the active USWNT roster entirely.

In March of 2017, US Soccer formally banned national team players from kneeling during the anthem â€” a policy the governing body has since apologised for and walked back. Not until later that year did Rapinoe rejoin the USWNT, but she never questioned if she was on the right side of history.

“After reading everything I could about social and racial injustice, it became clear to me not only how deep the roots of white supremacy went, but also that it was the system from which all other inequalities came,” she wrote. “This was a huge light bulb moment: realising that we’re not all free until we’re all free; that it wasn’t a question of protesting racial injustice as if it were my own cause, but doing so because this was also my fight.”