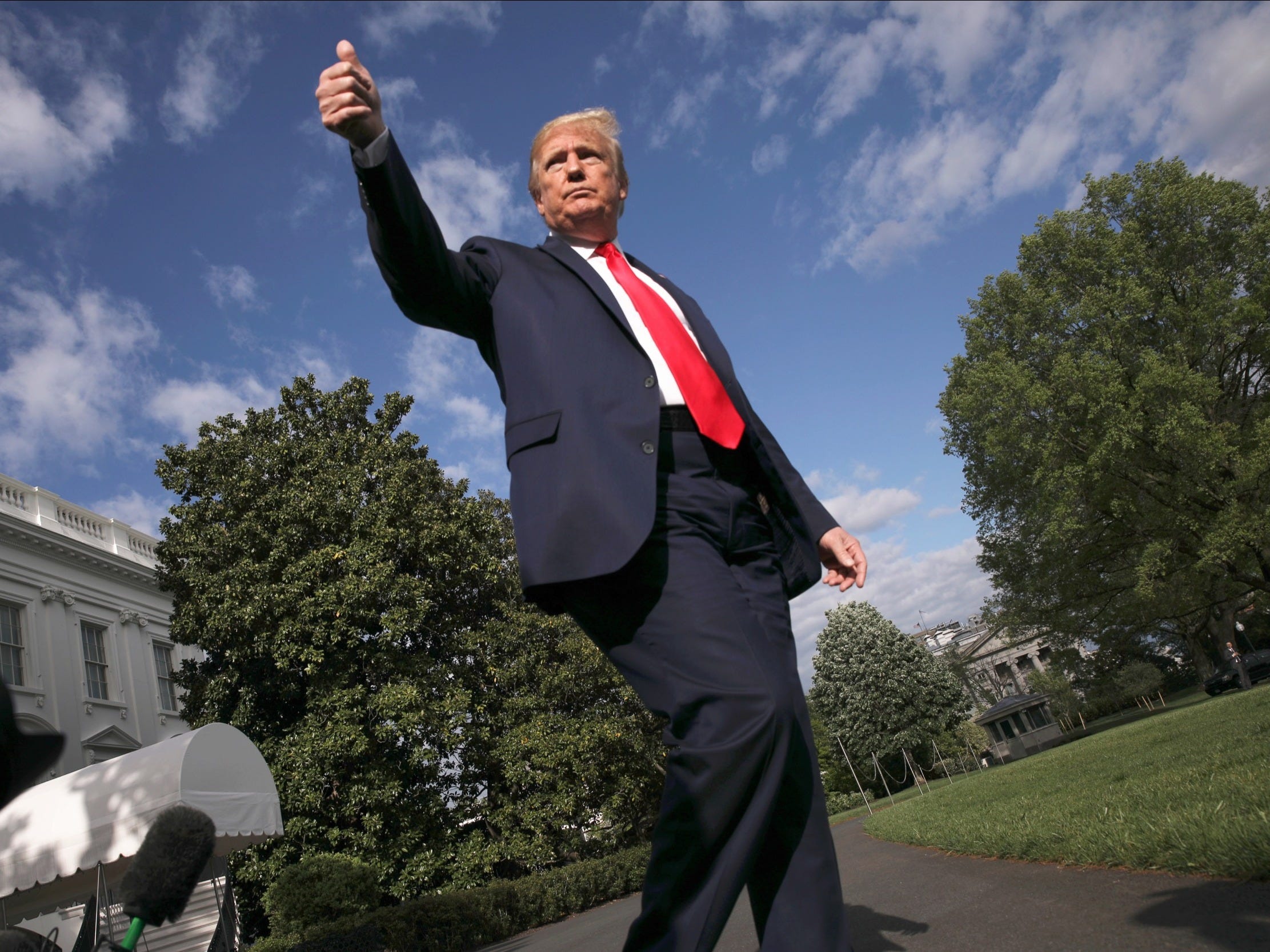 REUTERS/Carlos BarriaPresident Donald Trump give a thumbs up to reporters and cameras as he heads to the Marine One helicopter to depart for a weekend at Camp David from the South Lawn of the White House in Washington, U.S., May 1, 2020.

Donald Trump may be America’s first billionaire president – but he doesn’t seem to have won the billionaire vote.

The president is trailing his presumptive opponent, former Vice President Joe Biden, in his number of billionaire donors, according to an analysis of federal campaign records by Forbes. Still, Forbes reports that Trump’s campaign accepted donations from 90 billionaires during the current election cycle. While the president has added a few additional members of the three comma club to his donor roster, including West Virginia Governor Jim Justice, many of the president’s billionaire backers donated in 2016, as well.

For some of Trump’s donors, financially supporting the president came at a cost. Shoppers boycotted Home Depot after one of its cofounders pledged to donate a portion of his net worth to the president’s reelection efforts in July. Fitness chains Equinox, SoulCycle, and Blink Fitness faced similar fates in August after news broke that one of their investors, Stephen Ross, planned to host a fundraiser for Trump.

That’s not to say that Trump’s donors haven’t been treated well in other areas. One donor on this list serves as an informal advisor to the President, one was awarded the Presidential Medal of Freedom after donating, while others were granted clemency by Trump before writing donation checks.

Keep reading to learn more about some of the president’s most notable billionaire supporters, listed in no particular order. Only donations made to Trump’s campaign committee, Donald J. Trump For President, after his 2017 inauguration and reported to the Federal Election Commission are included. 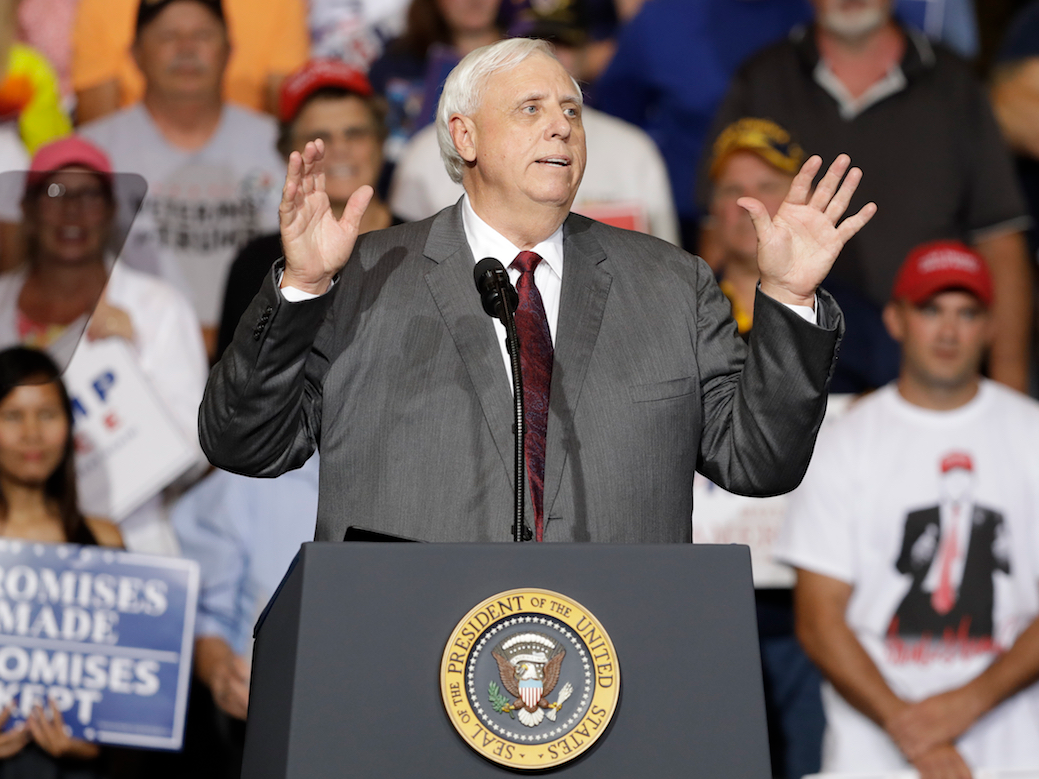 Before going into politics, Justice ran a coal mining business he inherited from his father, according to Forbes. Justice is a relatively recent addition to Trump’s donor base. The governor switched from the Democratic Party to the Republican Party in 2017, six months after Justice was elected governor,Forbes reports. Justice donated to Trump’s campaign for the first time in 2020.

Lori Milken, the wife of a disgraced investor Trump pardoned for securities fraud, donated more than $US12,000 after her husband was pardoned. Net worth: $US3.7 billion (attributed to Michael Milken)

Milken’s husband Michael built the family’s fortune trading junk bonds at investment bank Drexel Burnham Lambert, making $US500 million a year during the 1980s, Business Insider previously reported. However, Michael Milken was banned from the securities industry after pleading guilty to charges of securities fraud in 1990. Michael and Lori Milken have since become full-time philanthropists, donating over $US1 billion to cancer research.

Michael Milken was one of a group of nearly a dozen people convicted of white-collar crimes pardoned by Trump in February 2020, with a White House spokesperson citing his charity work as a driving factor behind the pardon. Milken also wasn’t the only person in the group that was granted clemency to have donated to the president’s campaign. The family of former construction company owner Paul Pogue, who had pleaded guilty to underpaying his taxes, donated more than $US200,000 before Trump granted Pogue clemency.

Lori Milken’s donation purchased a ticket to attend a fundraising event hosted by First Lady Melania Trump scheduled for weeks after the pardon, but the event was later cancelled because of the coronavirus pandemic, Forbes reported. Milken himself does not make political donations and is “strictly non-partisan,” a spokesperson told Forbes. 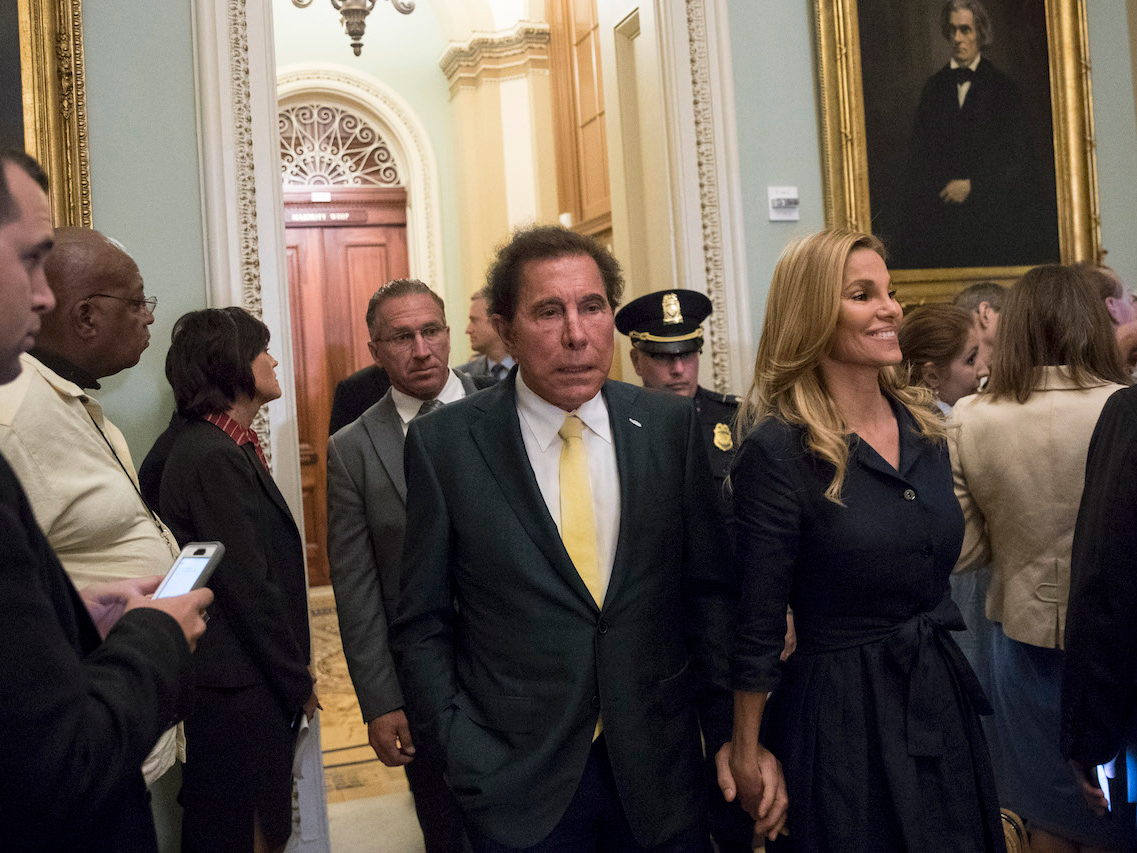 Steve Wynn is the founder of Wynn Resorts, which owns several of Las Vegas’ largest hotels including The Mirage, Treasure Island, Bellagio, and Wynn Las Vegas, according to Forbes.

Wynn was also the Republican National Committee’s finance chair until he resigned amid sexual misconduct allegations in 2018, per The Motley Fool. Wynn also left his posts as the CEO and chairman of Wynn Resorts. Wynn denied all allegations of wrongdoing.

After Trump awarded him the Presidential Medal of Freedom, Sheldon Adelson and his wife Miriam donated $US1.16 million to the president. The Adelsons gave millions to Trump before the award, too. 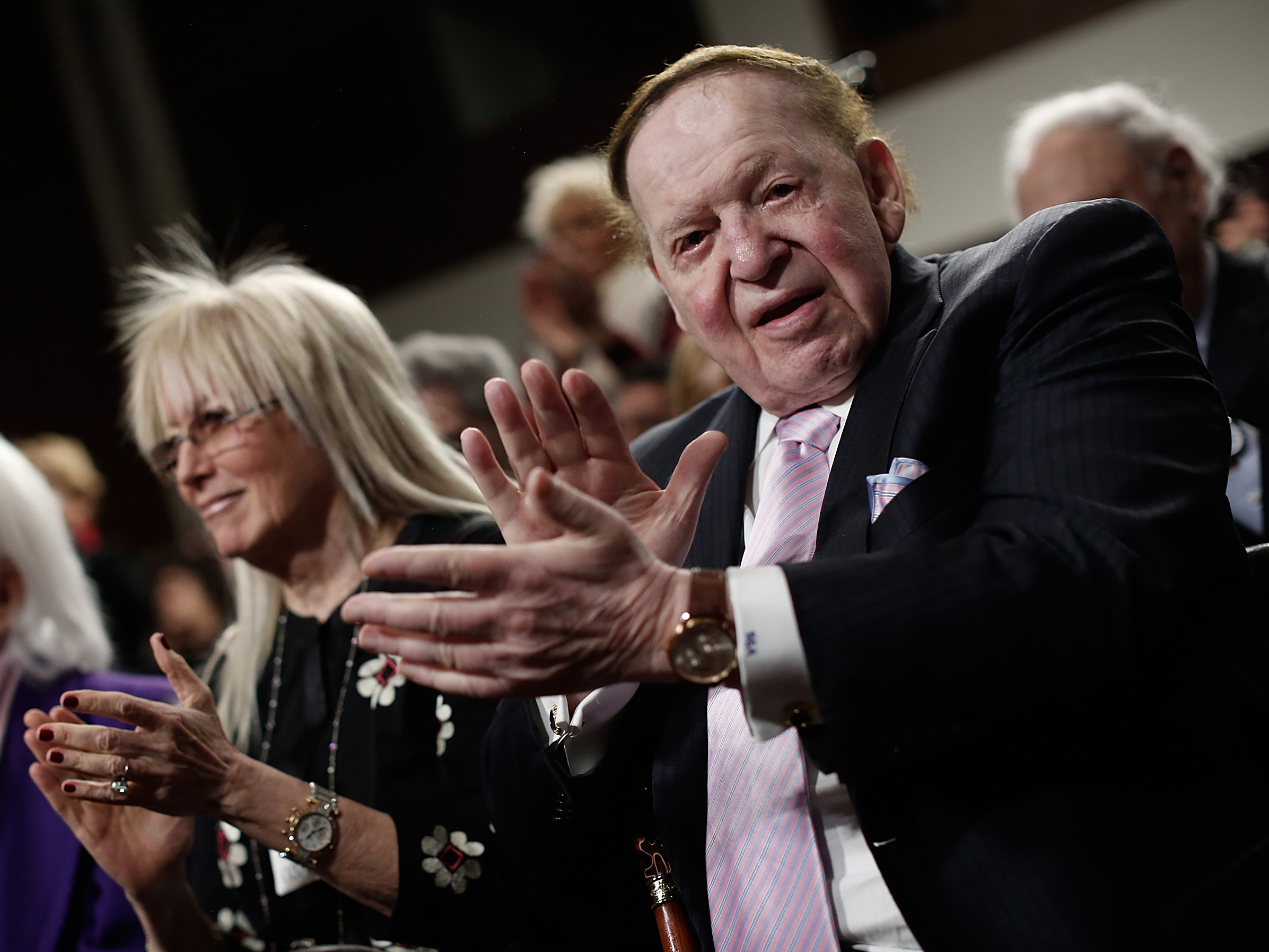 Sheldon Adelson has been one of Trump’s most prolific donors, giving more than $US25 million to both of Trump’s campaigns and his 2017 inaugural festivities combined, Business Insider previously reported. The Adelsons planned to continue their generosity throughout the 2020 election cycle and give more than $US100 million to various Republican candidates, Republican fundraisers told The Guardian in February.

In November 2018, Trump awarded Adelson the Presidential Medal of Freedom. The selection of Adelson to receive the nation’s highest civilian honour was highly criticised at the time, given Adelson’s financial support of the president. Former government ethics chief Walter Shaub tweeted, “Every bit of government is for sale in the Trump administration. Every last bit,” per Forbes.

Investor and Blackstone CEO Stephen Schwarzman is both a major donor and “informal advisor” to President Trump. 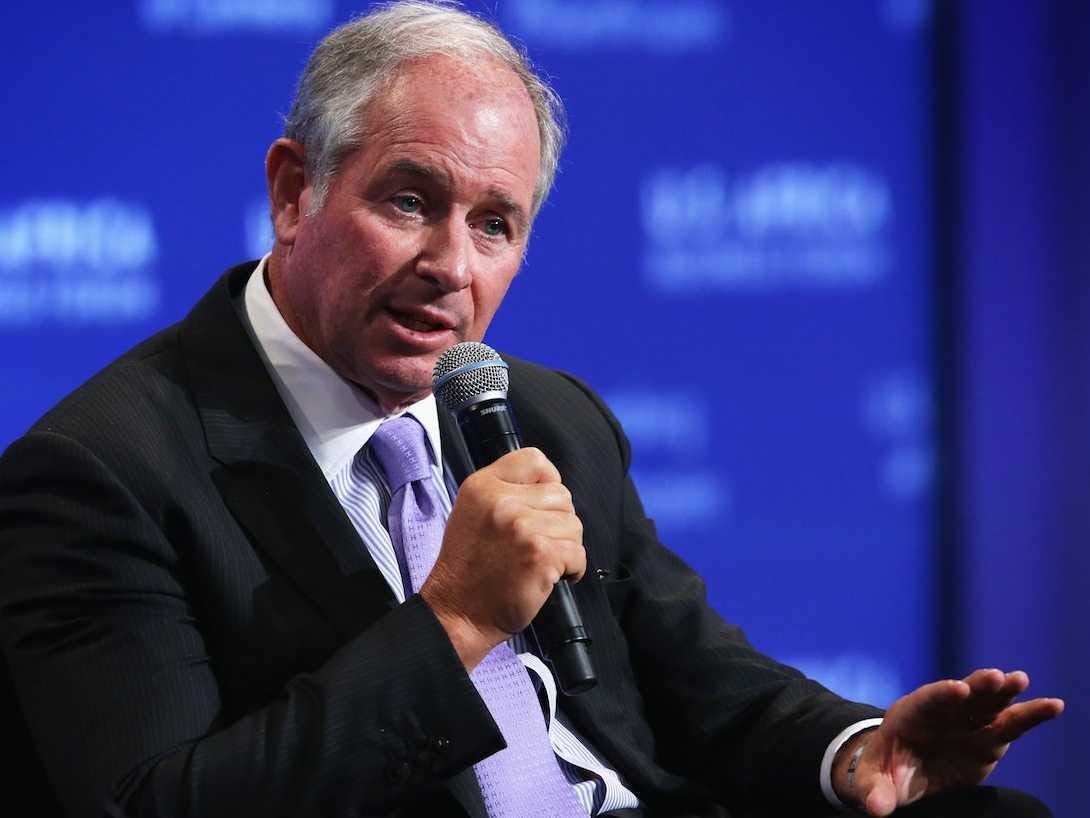 Stephen Schwarzman built his multibillion-dollar fortune running private equity giant Blackstone, which he co-founded in 1985, according to Forbes.

While Schwarzman did not financially support Trump’s 2016 campaign, the billionaire investor has since donated hundreds of thousands of dollars to Trump’s reelection bid. Schwarzman also frequently advises Trump on relations on China, per The Washington Post.

Hedge-fund manager John Paulson has given over half a million dollars between his donations to both of Trump’s campaigns. 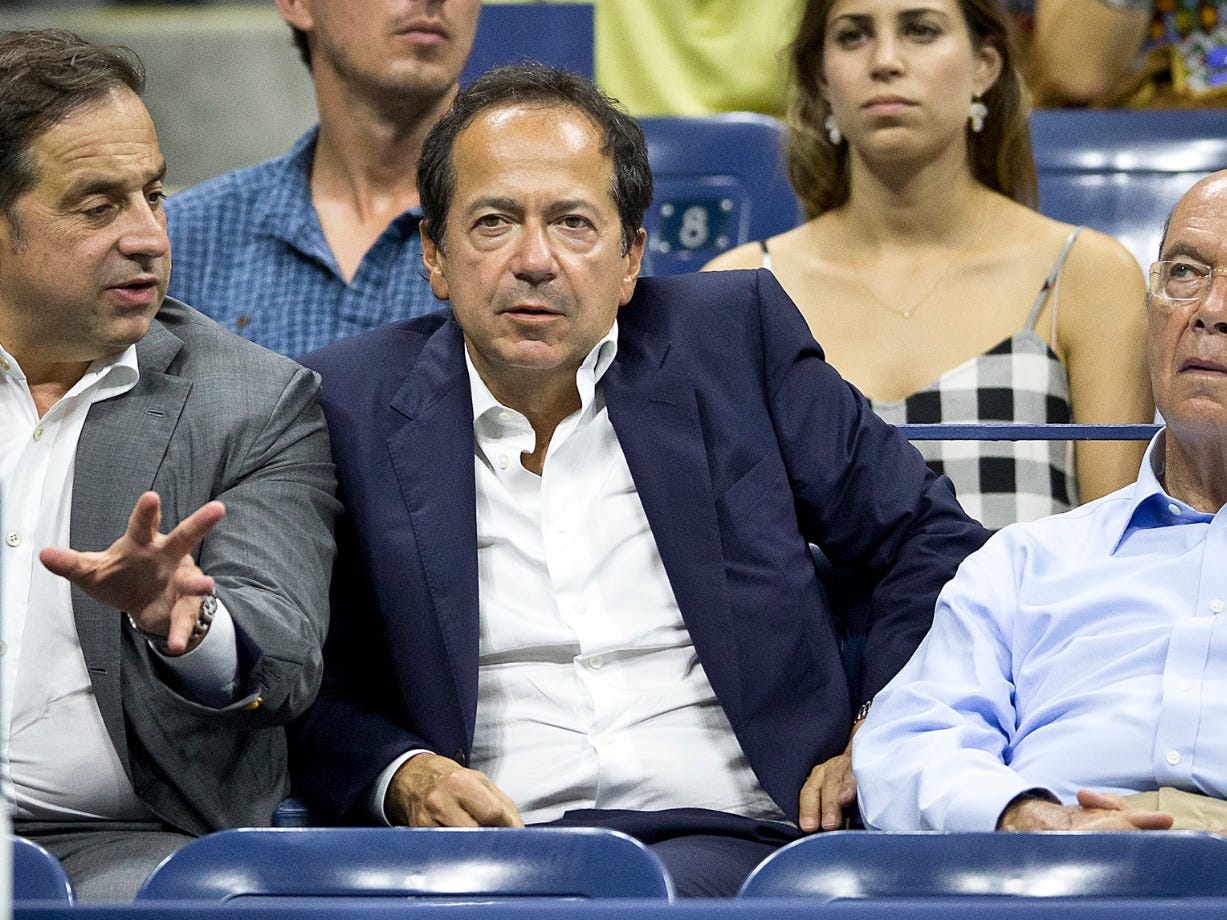 John Paulson, 67, built his $US4.2 billion fortune betting against subprime mortgages ahead of the financial crisis in 2007, per Forbes. Paulson has supported the President since 2016, having donated $US250,000 to Trump’s first campaign.

Edward DeBartolo and his wife Cynthia donated $US3,000 before the president pardoned his fraud conviction. 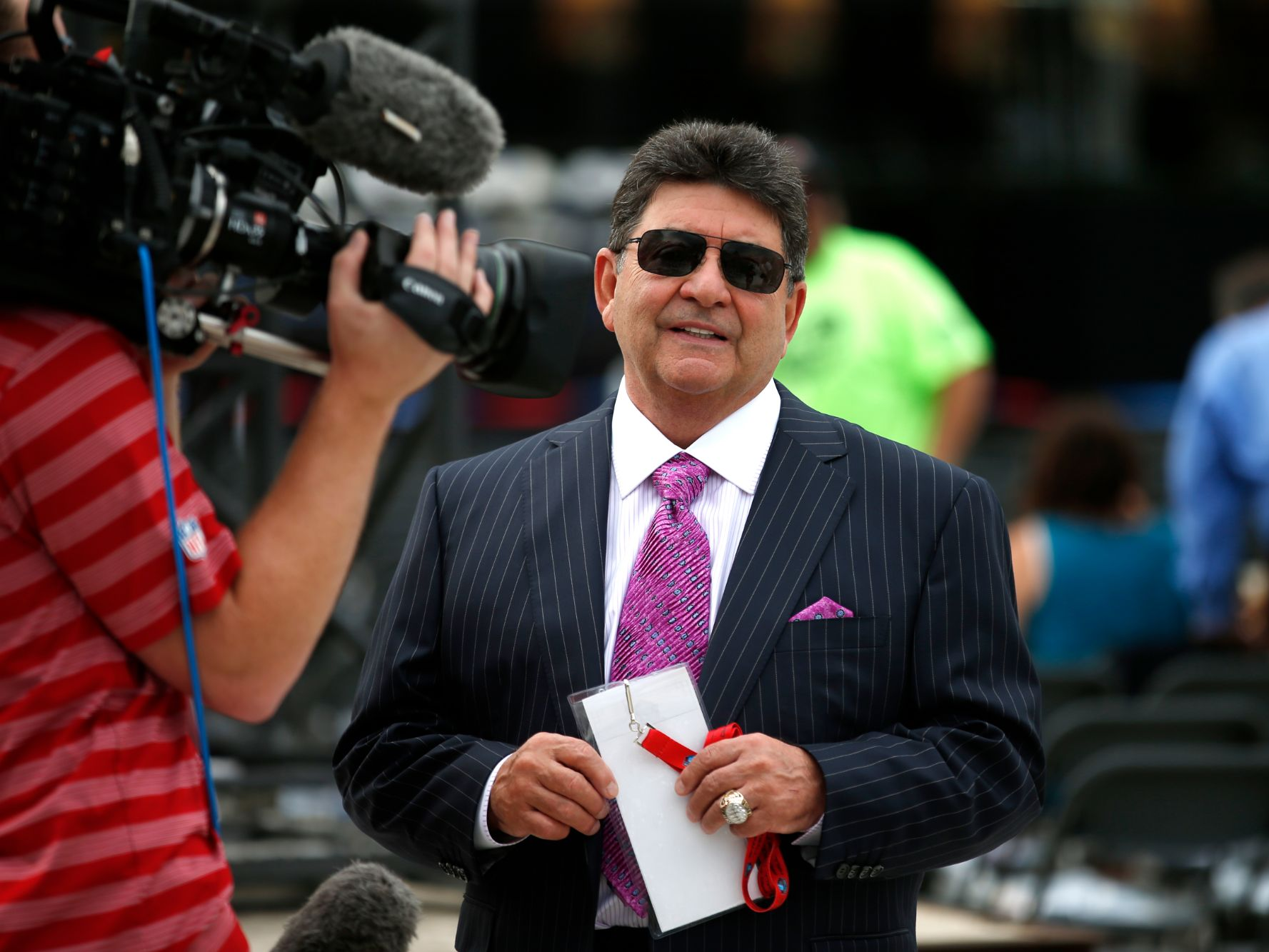 Edward DeBartolo made much of his fortune managing shopping centres, though his firm DeBartolo Holdings also owns restaurants, a logistics company, and a charter high school in Florida, according to Forbes. DeBartolo also formerly owned the San Francisco 49ers, but his sister Denise DeBartolo York took control of the team in 2001, per Forbes.

DeBartolo pleaded guilty to failing to report a felony in 1998 after paying former Louisiana Gov. Edwin Edward $US400,000 for a riverboat gambling licence. Trump pardoned DeBartolo in February, the Associated Press reported.

Texas banker Andrew Beal has given more money to the Trump Victory joint fundraising committee than any other individual billionaire. Kristi Blokhin / Shutterstock.comThe exterior of a building owned by Beal Bank in Texas.

Net worth: $US8 billion

Andrew Beal, 67, is a Texas-based banker and owner of Beal Bank parent Beal Financial Corporation. Before Trump was elected, Beal’s bank was a major lender to Trump Entertainment Resorts,Forbes reported.

Beal donated $US549,400 to Trump’s 2016 campaign and has made several donations to the President’s 2020 campaign totaling over $US1 million, per Forbes. 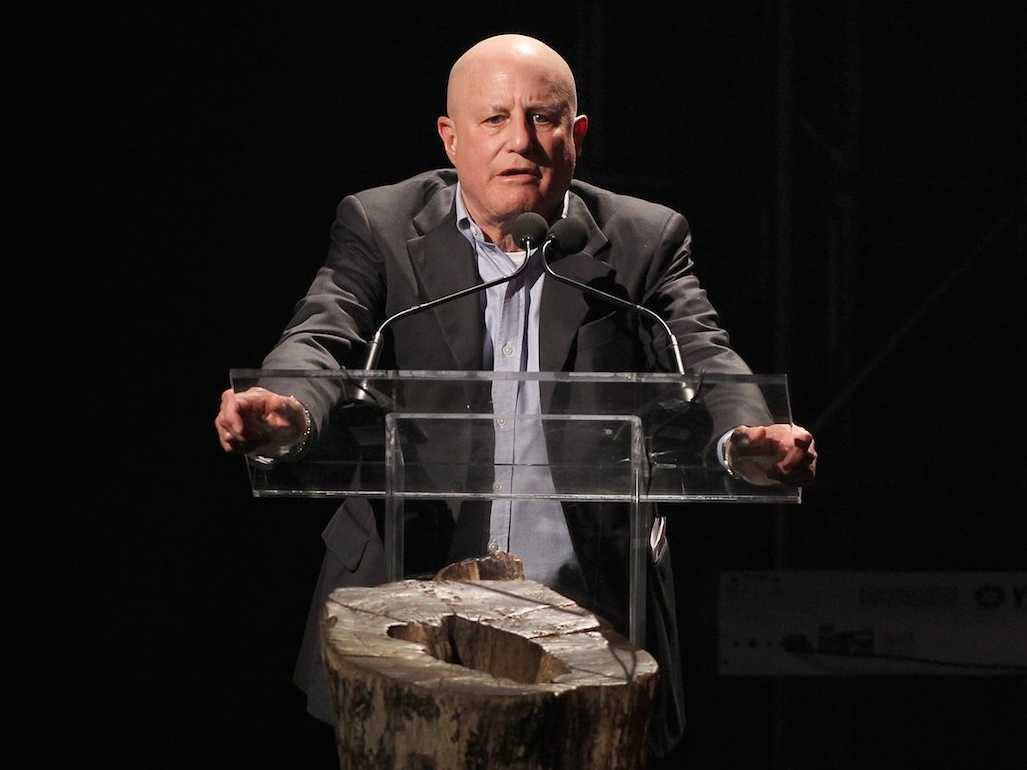 Ronald Perelman, 77, built his fortune making leveraged buyouts of companies he believes to be undervalued across a wide variety industries, according to the Bloomberg Billionaires Index. Perelman also owns a $US3 billion art collection and holds a large stake in cosmetics maker Revlon. 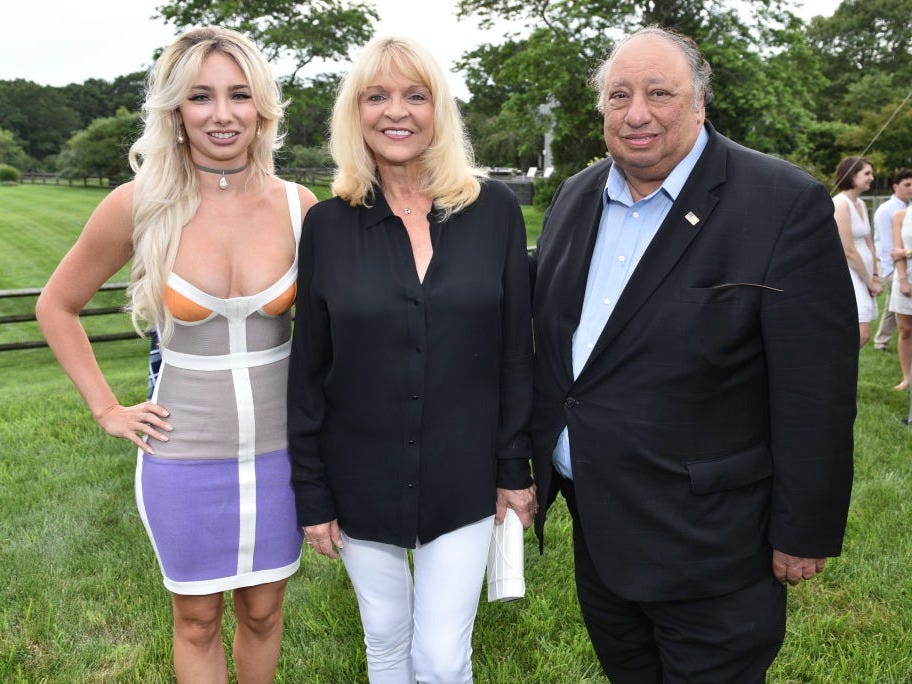 The grocery titan is an avid Trump supporter, telling Bloomberg in August that “Trump has stood up against the problem at the borders … Build a wall.” Catsimatidis also hosts a politics-focused talk radio show which airs on several stations on Sunday mornings, called The Cats Roundtable.

John Catsimatidis made headlines in March after a New York Times report revealed that he had used a controversial facial recognition app to spy on his daughter’s date. The app, called Clearview AI, uses a searchable database of photos scraped from across the web with potentially catastrophic privacy implications and is supposed to only be available to law enforcement, Business Insider reported at the time.

H. Ross Perot, Jr., the son of the late presidential candidate of the same name, gave Trump’s campaign $US85,000. 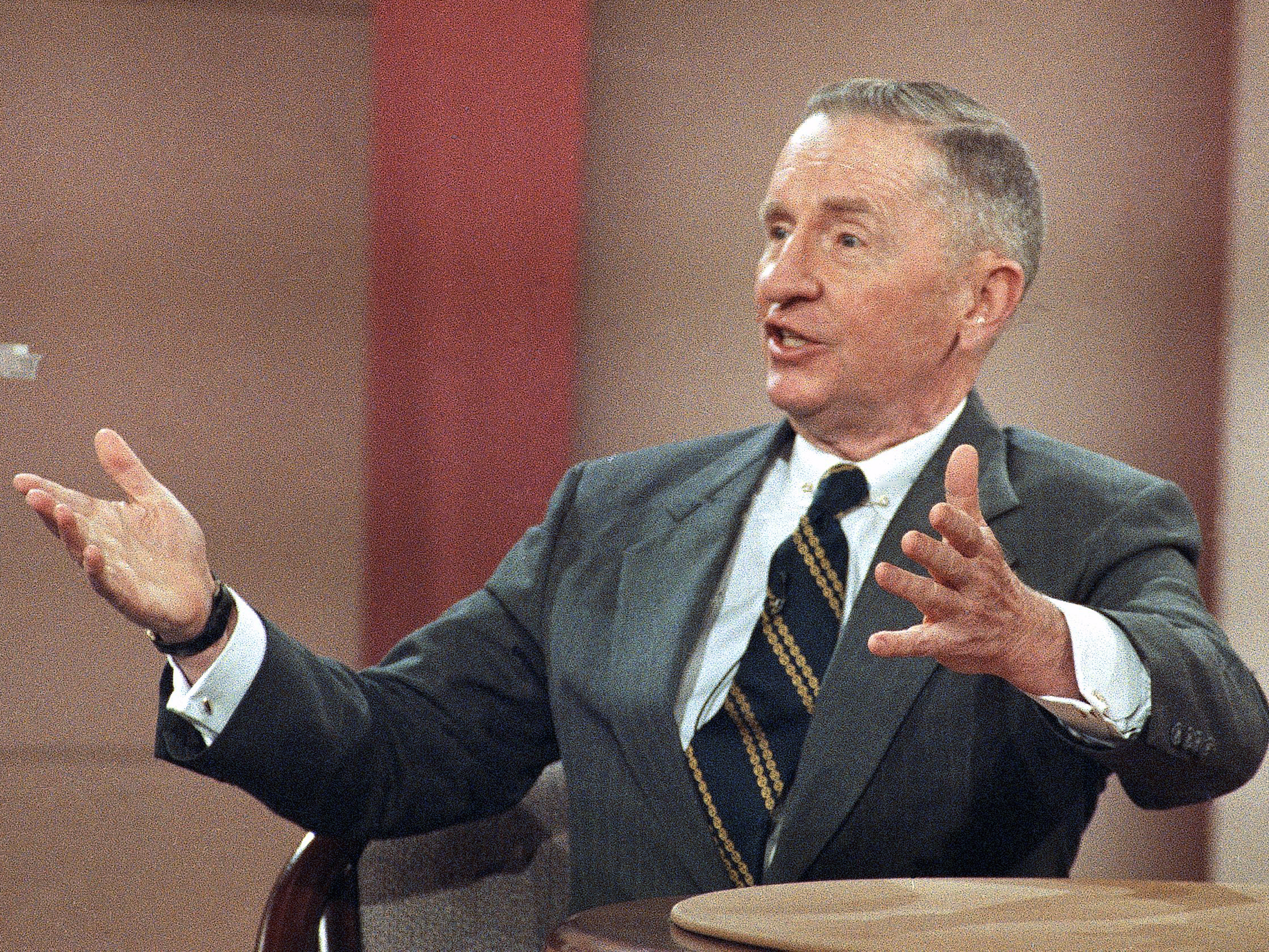 H. Ross Perot, Jr., the son of presidential candidate H. Ross Perot, Sr., built his fortune running a real-estate development company that has built both industrial buildings and residential developments, per Forbes. The 61-year-old billionaire donated to Trump for the first time during the 2020 election cycle. 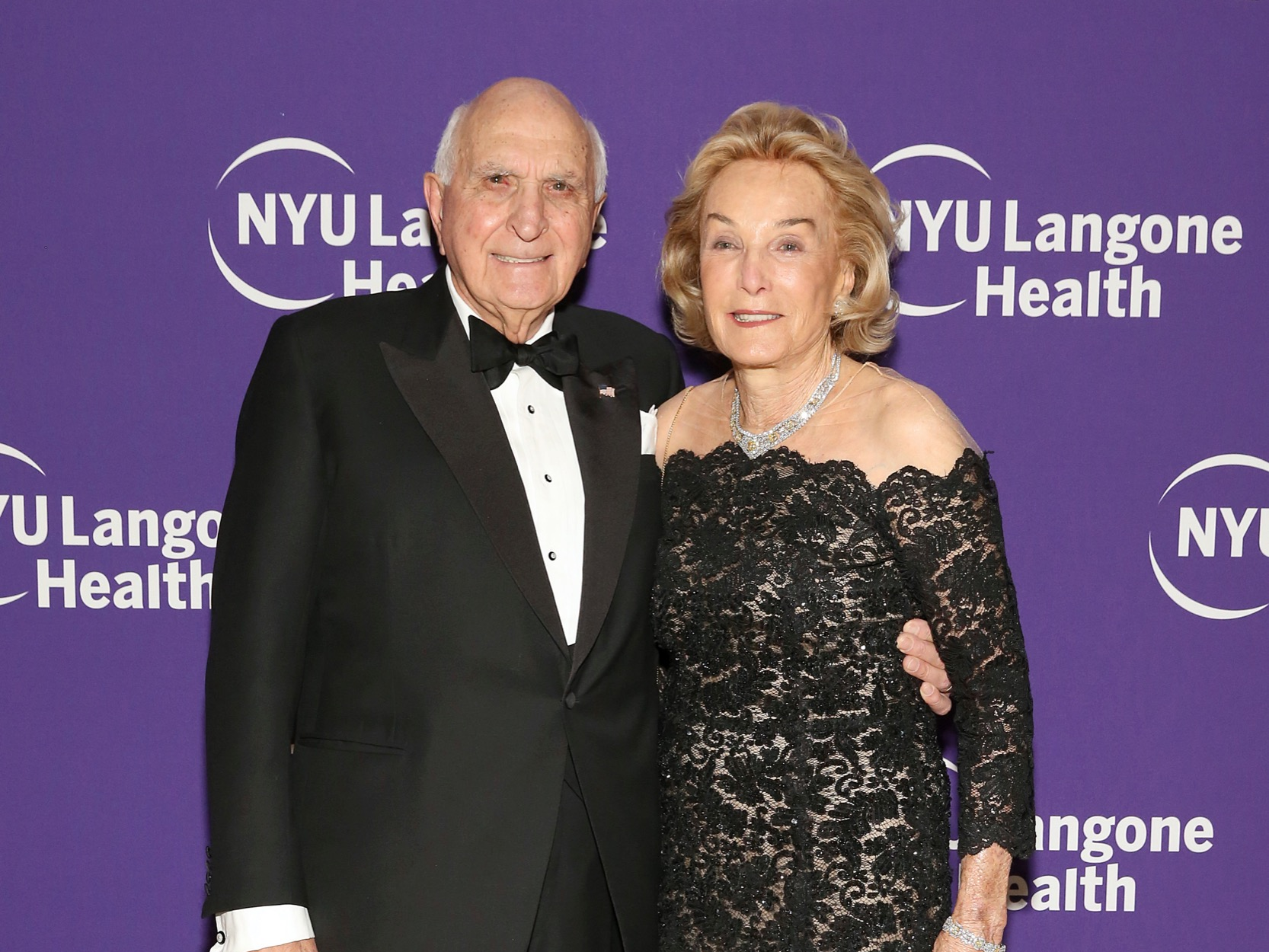 Monica Schipper/Getty Images for NYU Langone HealthKen and Elaine Langone at a fundraiser for NYU’s Langone Health in November 2019.

Net worth: $US4.2 billion (attributed to Ken Langone)

Elaine Langone is also a noted philanthropist. She and her husband donated $US300 million to NYU’s hospital and medical school, and the medical centre is named after them, according to Forbes.

Archie Aldis Emmerson, the third-largest landowner in the United States, donated $US20,000. Archie Aldis Emmerson founded Sierra Pacific Industries with his father in 1949, according to Forbes. The company has since grown to be the largest lumber producer in America, operating 14 lumber mills, per Forbes.

Aside from politics, Emmerson has poured much of his fortune into real estate. Emmerson and his family own almost two million acres across the United States, Forbes reported. Net worth: $US4.5 billion (attributed to Charles Dolan and family)

Charles Dolan, founder of telecommunications giant Cablevision, donated to Trump for the first time during the 2020 election cycle, Forbes reported. Dolan founded Cablevision in 1973 and sold it for $US17.7 billion in 2016.

Dolan also owns controlling stakes in the Madison Square Garden Co. (which owns the New York Knicks and the New York Rangers) and AMC Networks, per Forbes. The 93-year-old billionaire’s son James Dolan is MSG’s CEO, according to Forbes. Tilman Fertitta is the billionaire restaurateur behind Landry’s Seafood House, Bubba Gump Shrimp Co., and Saltgrass Steak House, according to Forbes. Fertitta first got into food service by working at his father’s seafood restaurant after school, Forbes reported.

Fertitta purchased the Rockets for $US2.2 billion in 2017. The Rockets are currently worth, $US2.47 billion, according to Sports Illustrated. Ron Wanek grew Ashley Furniture, the home goods retailer he purchased in 1976, into the country’s largest furniture manufacturer, according to Forbes. Wanek did not financially support the president’s 2016 campaign, giving for the first time during the current election cycle,Forbes reported. 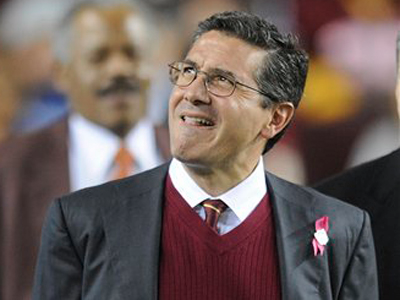 Dan Snyder made his multibillion-dollar fortune selling his marketing firm Snyder Communications for $US2.1 billion in 2000, according to Forbes. Snyder spent a chunk of it purchasing the Washington Redskins in a blind auction for nearly $US800 million in 1999, The Washington Post reported. Despite decades of protests and outrage from fans over the team’s name, Snyder has refused to change it. 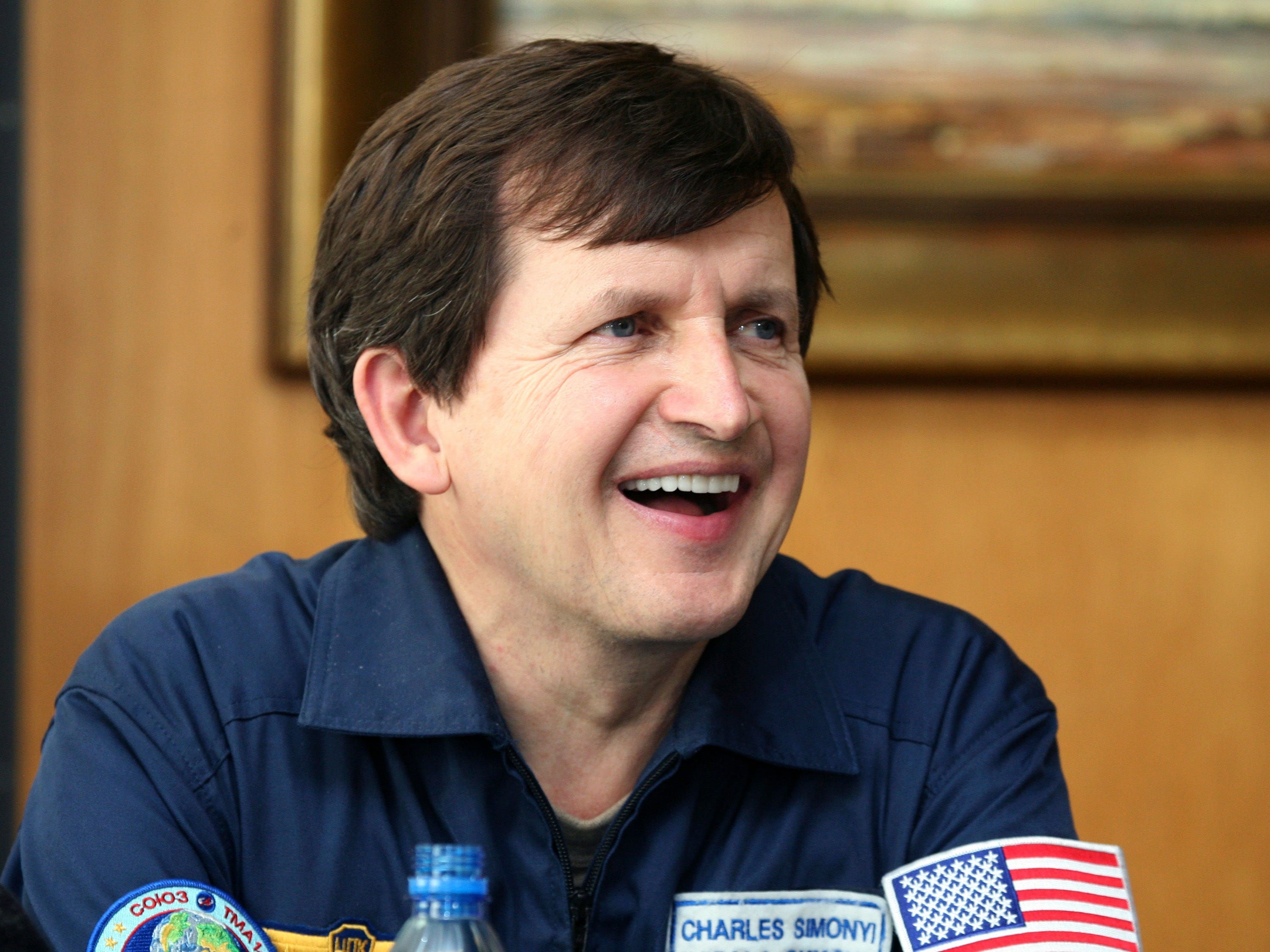 Charles Simonyi, 71, was the fortieth employee at Microsoft and went on create Microsoft Word and Excel, per Forbes. The Hungarian billionaire left Microsoft in 2002 to found his own software company but later sold that firm to Microsoft and rejoined the company, Business Insider previously reported.

Simonyi is also an amateur astronaut, having flown to space as a tourist in 2007 and 2009, Business Insider previously reported. 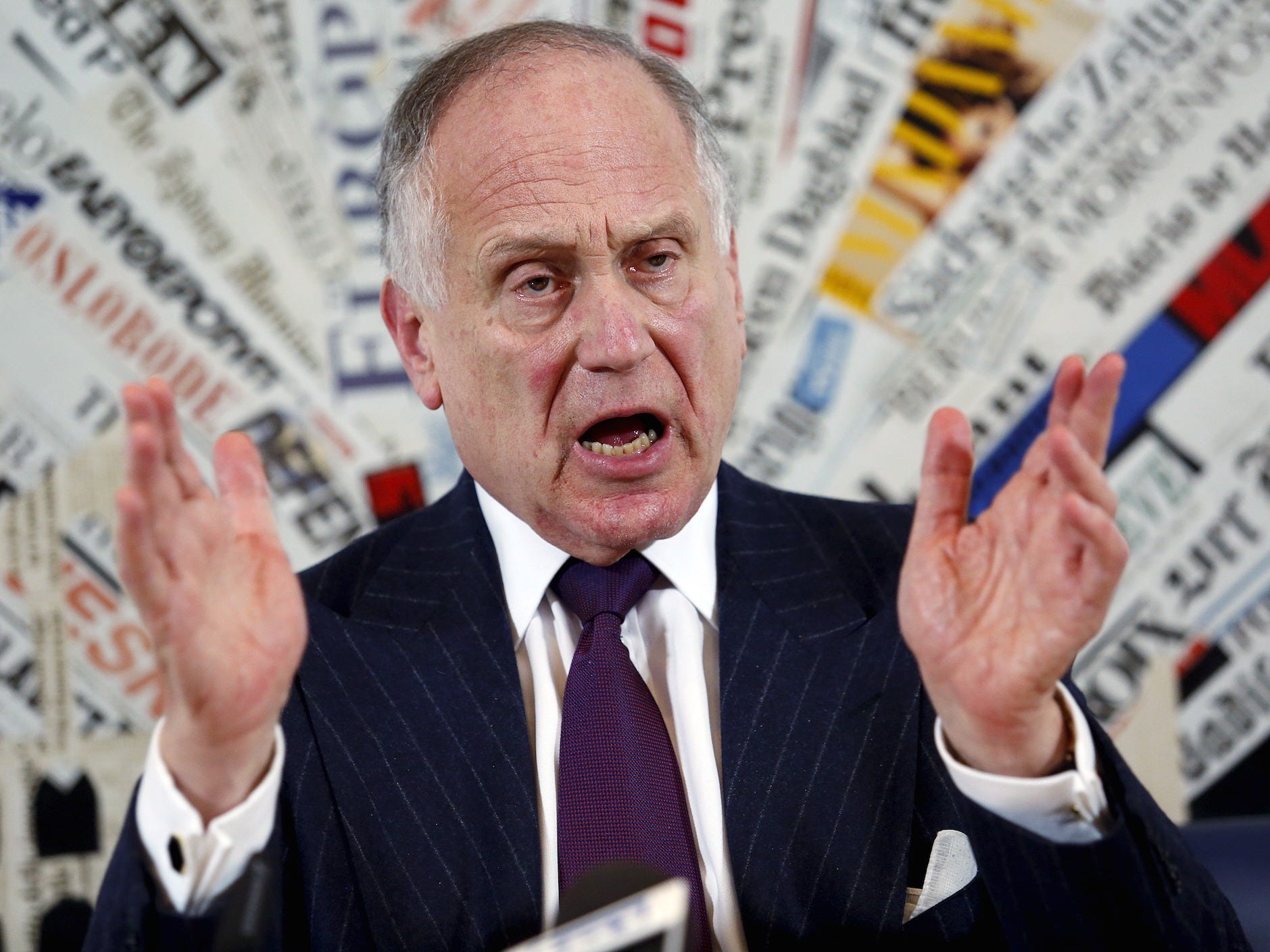 Net worth: $US4 billion

Ronald Lauder is the youngest son of makeup mogul Estée Lauder and inherited her cosmetics empire, according to Forbes.

Lauder currently serves as the chairman of Clinique Laboratories but has spent time in politics as well, according to Forbes. Lauder was a deputy assistant secretary of defence for NATO affairs and the American ambassador to Austria, and is one of Trump’s informal advisors on Israeli relations, per Forbes.

Peter Thiel, one of Trump’s only supporters in Silicon Valley, gave a quarter-million dollars to each of Trump’s presidential campaigns. Peter Thiel made a fortune co-founding PayPal and grew his net worth by investing early in Facebook, according to Forbes. Thiel has been an outspoken supporter of Trump for years, famously moving his home and his personal staff from the Bay Area to Los Angeles because Silicon Valley felt like a “one-party state.”