Ricky Dillon is not your average 22-year-old.

Four years ago, he started uploading the music videos he was making with his friends to YouTube.

Now as a member of YouTube sensation Our2ndLife, Ricky has accumulated a fan base of millions. The group — made up of five guys who met at a YouTube convention — traveled the country on a 19-city tour this summer, and thousands of screaming girls turned out to see them perform.

But Ricky has his own fans, too. He’s represented by YouTube network Fullscreen, and his personal YouTube channel has more than 1.7 million subscribers and 75.6 million views.

Ricky Dillon is a 22-year-old originally from Hoover, Alabama. Ricky is one-fifth of Our2ndLife, a group of YouTube creators who each post their own videos to a shared channel. They created the group in August of 2012, though they didn't meet each other in real life until later. 'We became friends because we saw each other's videos and started talking,' Ricky told Business Insider. This summer, O2L went on a 19-city tour across the US. Screaming hordes of teens greeted them in each city. O2L has more than 2.5 million subscribers and some pretty serious fans.

In August, O2L won a Teen Choice Award in the category 'Choice Web Star: Comedy.' A bunch of other YouTubers were honored that night, too. 'It's so cool to see how everyone comes together and supports each other,' Ricky said of the YouTube community. But Ricky is a star in his own right. His personal YouTube channel has more than 1.7 million subscribers and 75.6 million views.

Ricky joined YouTube in 2010. One of his first videos was this mashup he made to DJ Earworm's mashup 'Like OMG Baby.' 'I didn't necessarily make them for YouTube,' Ricky said. 'It was just something I did with my friends for fun, and YouTube was what we used to put them in.'

After high school, Ricky went to Auburn University to study film, but he didn't really enjoy it. 'I wanted to be in front of the camera, not doing the production behind it,' he said. Ricky moved to Los Angeles in May of 2013 to purse a full-time YouTube career. This past summer, he moved into a gorgeous house in L.A. with fellow O2L members Kian and JC. Ricky gave a tour of the house on his channel, and it looks like they have an awesome setup.

Ricky says he has always had a passion for music. He played the trumpet for 10 years and joined both the marching and symphonic bands in high school. And now he's busy recording his own EP, a four- or five-song compilation he hopes will release by late November. He released his very first single, 'Ordinary,' on iTunes in April. The music video featured plenty of his YouTube star friends, including JC Caylen, Jenn McAllister, and Kian Lawley.

For his cover of Demi Lovato's 'Really Don't Care,' he danced on the streets and beaches of L.A. 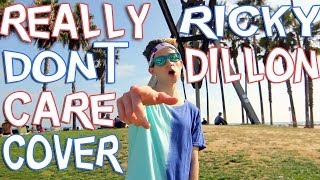 But not all of his videos have to do with music. He also does fun challenges, helpful advice videos, and Q&A's with fans. 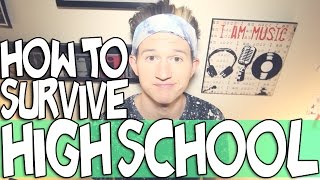 He definitely has a sense of humour. 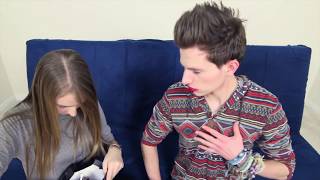 Pokemon is one of his favourite things, if you couldn't tell by all of the decorations in his bedroom. 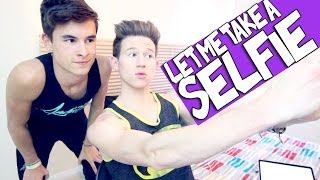 Ricky's popularity with a young audience has helped him land branding deals with some notable companies, including Warby Parker, Hulu, Audible, and MTV. 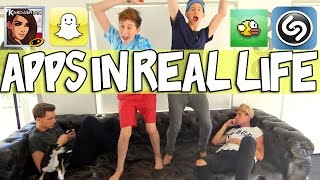 But being a YouTube star hasn't always been easy. It took his family a while to understand the idea of making YouTube videos as a career. 'The path I took with YouTube was a little confusing to them, especially with my mum and sister. But they get it and are really supportive now,' he said. 'It's nice to be in L.A. where there's a huge variety of careers.' Ricky says he never expected to find so much success with YouTube. 'Everytime I think about it, it's crazy. A year or two ago it became my career, but I never would have thought it was possible,' he said. ' I'm blown away by how nice and supportive my fans are.' I Witnessed The New Beatlemania At A YouTube Stars Convention, And It Was Insane »