Meet Budweiser billionaire Billy Busch, who pleaded guilty to assaulting an 11-year-old, owns a 700-acre farm outside St. Louis, and stars in an MTV reality show with his wife and 7 kids 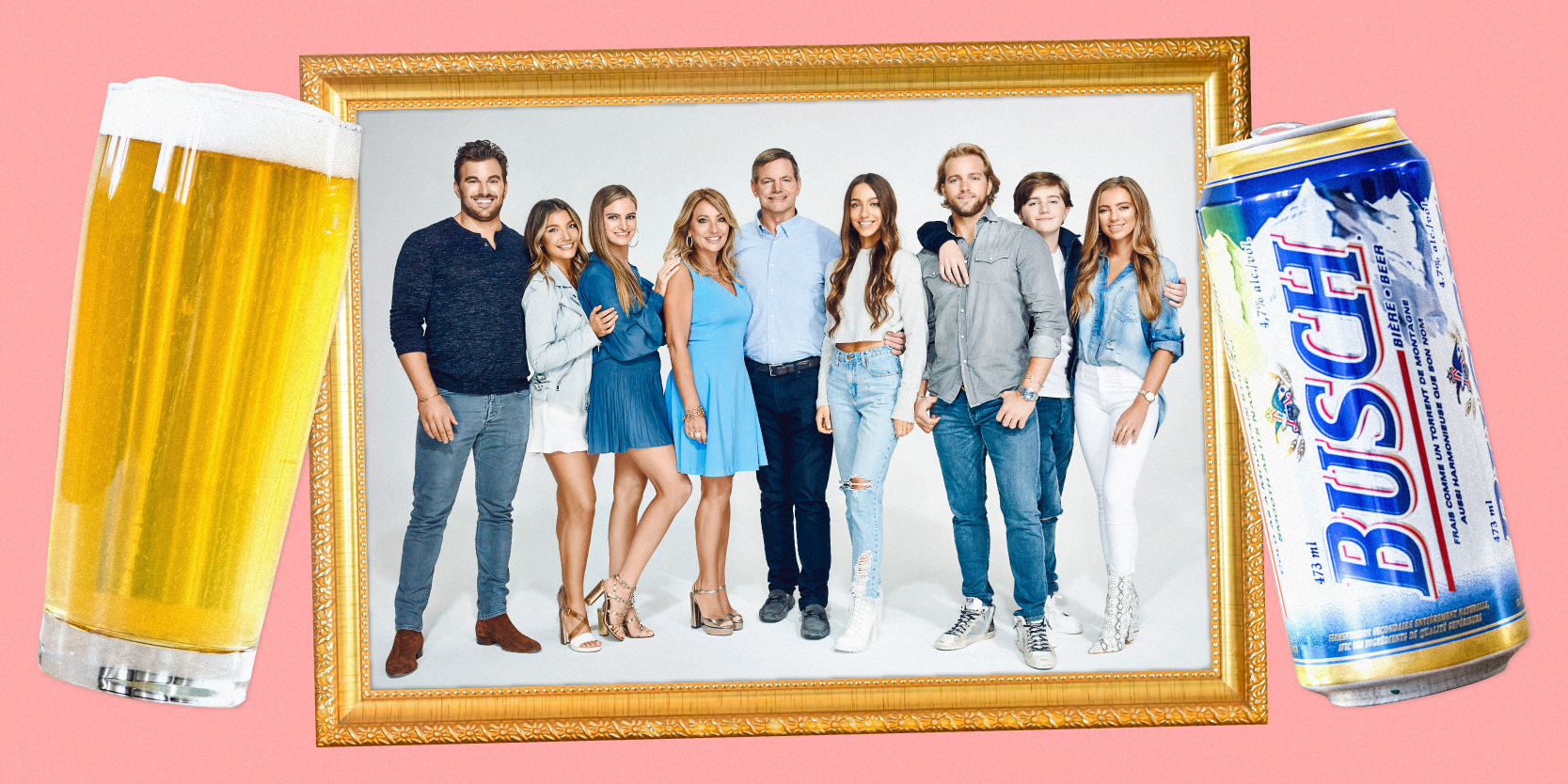 The Busch family that invented some of America’s most iconic beers may no longer control the brewing company that bears their name, but they are still enjoying the multibillion-dollar fortune that comes from running the company for over a century.

The Busches have spent their $US13.4 billion fortune on a 700-acre farm outside St. Louis, luxury vacations, expensive private school educations for their seven children, and a failed attempt to launch another brewery. The family also stars in a reality television show on MTV called “The Busch Family Brewed.”

A representative for the Busch family at MTV declined Business Insider’s request for comment on Billy Busch, Sr.’s assault charges or his relationship with Scarlett Busch, or the family’s net worth, real-estate properties, or television show.

Keep reading to learn more about the branch of the family starring on “The Busch Family Brewed.”

“The Busch Family Brewed” stars one wing of the beer dynasty. 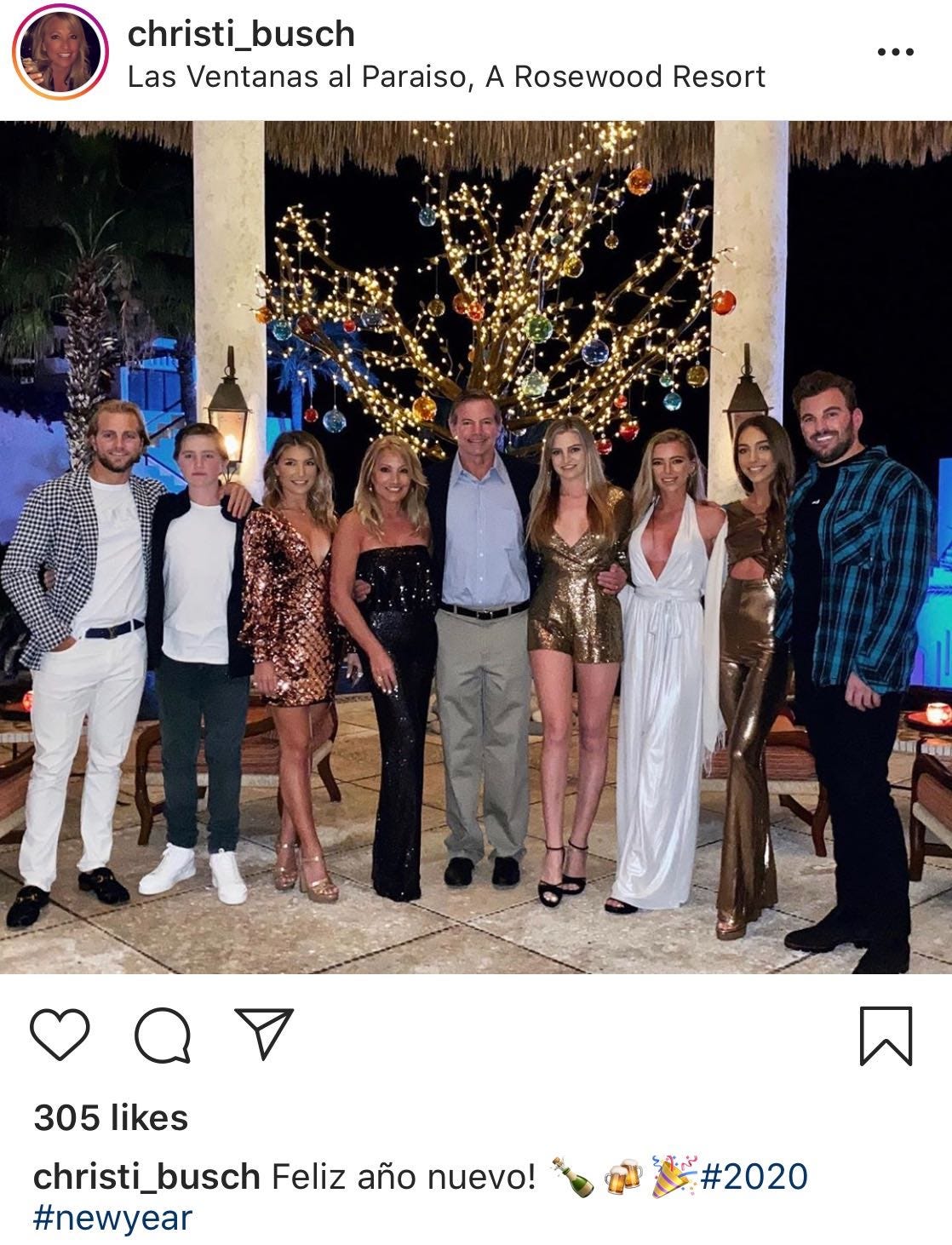 Billy Busch, Sr. has another daughter, Scarlett Busch, who is not a part of the show, according to The St. Louis Post Dispatch. In 1988, Busch and with ex-girlfriend Angela Whitson had a “tabloid-esque custody battle” over their then 5-year-old Scarlett, The Post Dispatch reported. A judge later awarded Busch custody of his daughter, saying that “I doubt that he will allow his daughter to stand in the way of his pursuit of transient pleasures, but he no doubt will provide competent hired care of her when he is not present,” according to The Post Dispatch.

Scarlett Busch later posted on Facebook that she had experienced “neglect and abandonment” from her father, according to St. Louis Magazine. “What kind of man after dismissing his oldest daughter uses family nobility and honour as a way to shine his rusty halo in the public eye?”

The Busch family has been in the beer business since 1876.

Adolphus Busch, the great-grandfather of Billy Busch Sr., created Budweiser, according to Forbes. Busch’s father, August “Gussie” Anheuser Busch, was the CEO of Anheuser-Busch for over two decades and owner of the St. Louis Cardinals, according to The Society for American Baseball Research. The younger Busch never had any involvement in the family company.

The Busches were forced out of the family business in 2008.

The Busches sold 25% of Anheuser-Busch to outside investors between 1989 and 2008, diluting their stake in the business too much to stop its $US52 billion takeover by InBev in 2008, according to Forbes.

But the wing of the Busch family that stars in “The Busch Family Brewed” never worked at Anheuser-Busch, according to the St. Louis Post Dispatch. Billy Busch Sr.’s half-nephew, August Busch IV, was the company’s CEO at the time of the sale, the Post Dispatch reported.

The Busches still have a $US13.4 billion fortune from their time owning Anheuser-Busch. 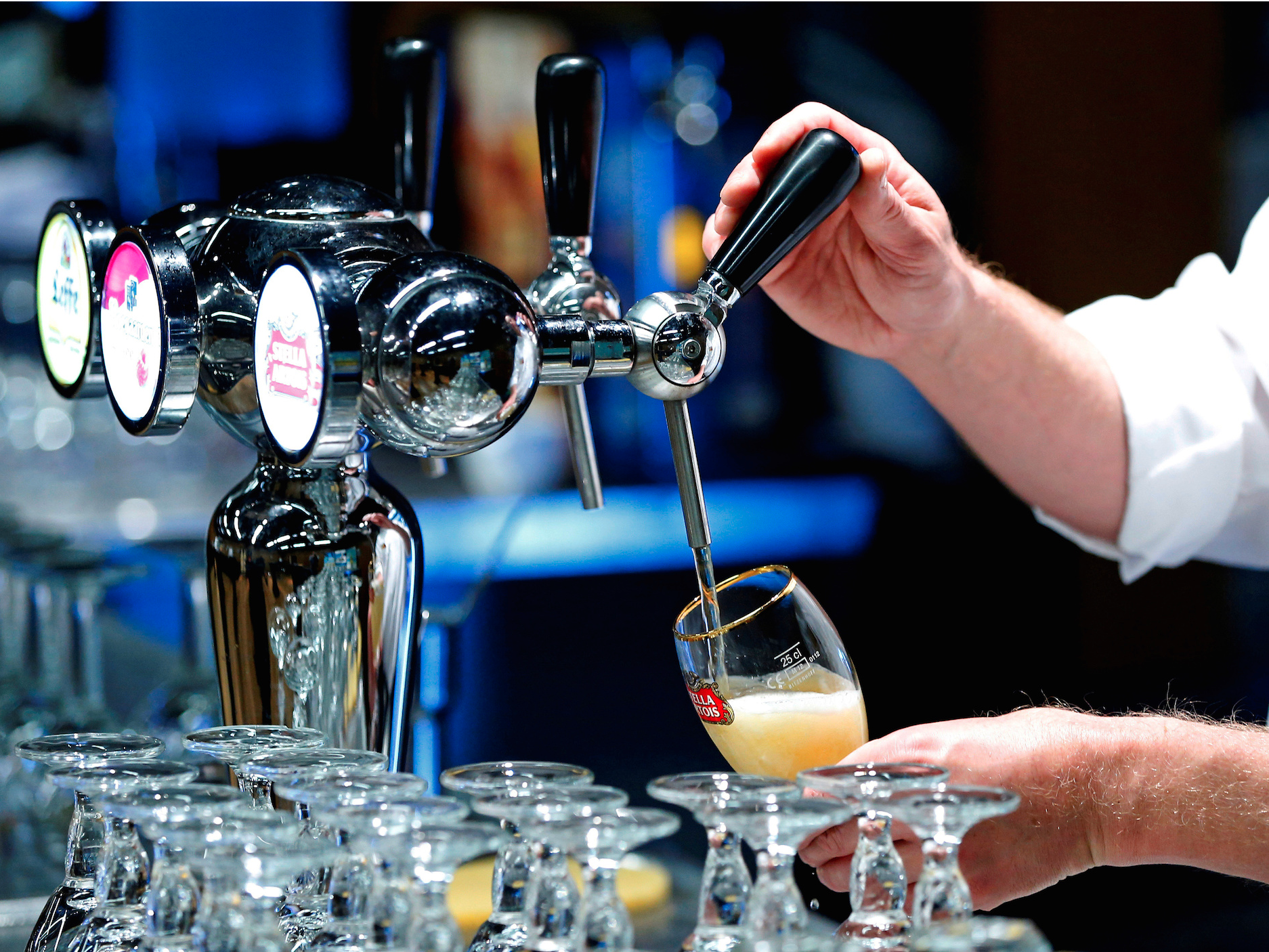 The fortune is shared between approximately 30 members of the family, according to Forbes. The Busches were the 18th richest family in American in 2016,Forbes reported.

The family spent some of their fortune on a mansion in a St. Louis suburb that Bloomberg named one of the wealthiest towns in America. They also own a 700-acre farm outside the city. 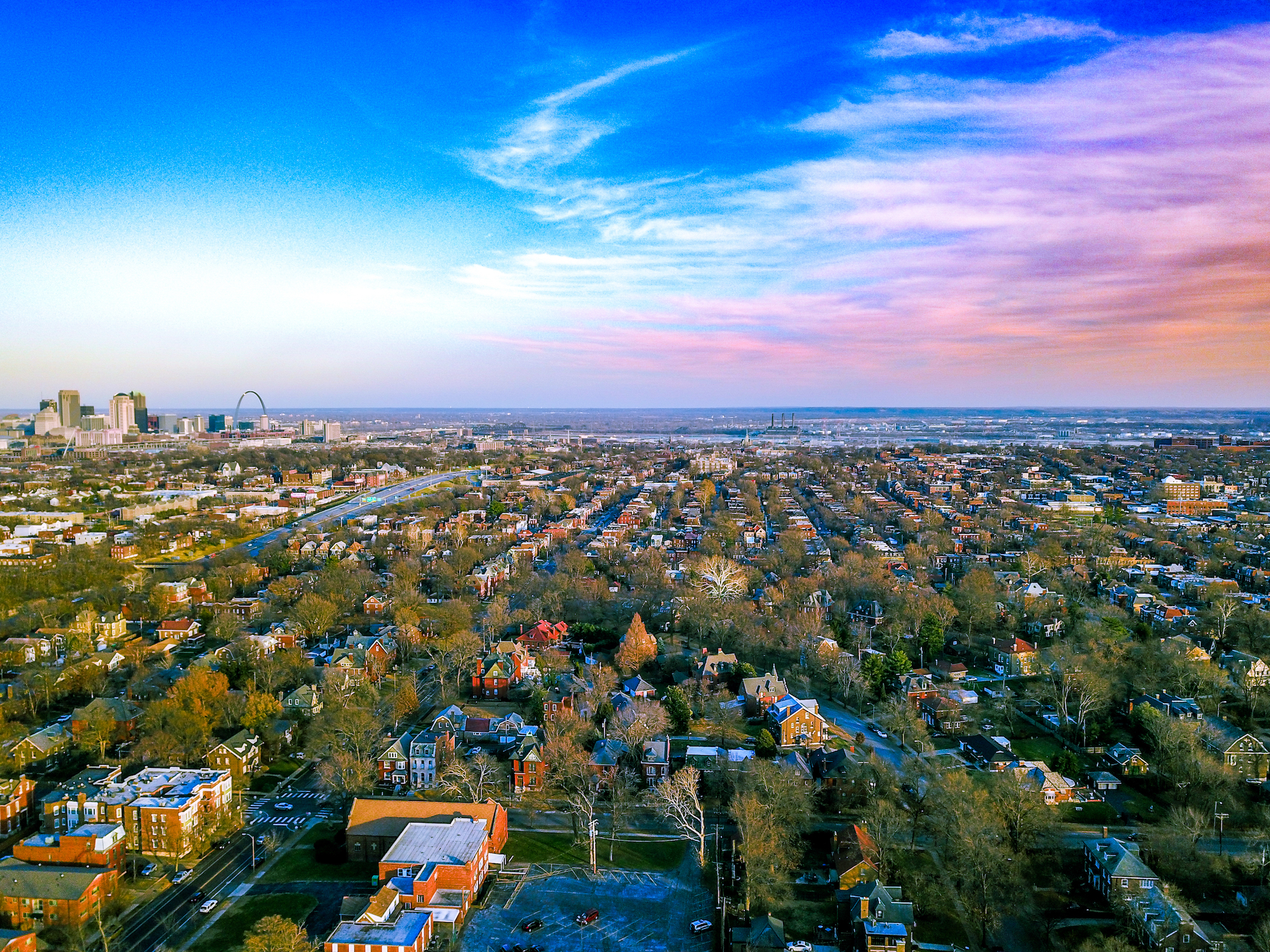 Their estate outside the city has its own lake where the family can use its boats and jet skis; it also houses 50 horses and numerous chickens, Christi Busch told Us Weekly. “We’re very down-home people and we work on the farm getting chicken eggs, riding horses,” Haley Busch told Fox News.

Their extended family also owns a $US51 million estate outside of St. Louis. The estate’s main house is inspired by both Versailles and the family’s German heritage, St. Louis Magazine reported in 2014. The farm is also home to the Budweiser Clydesdales and is open to the public during the summer, according to St. Louis Magazine.

The Busches also love to travel together. 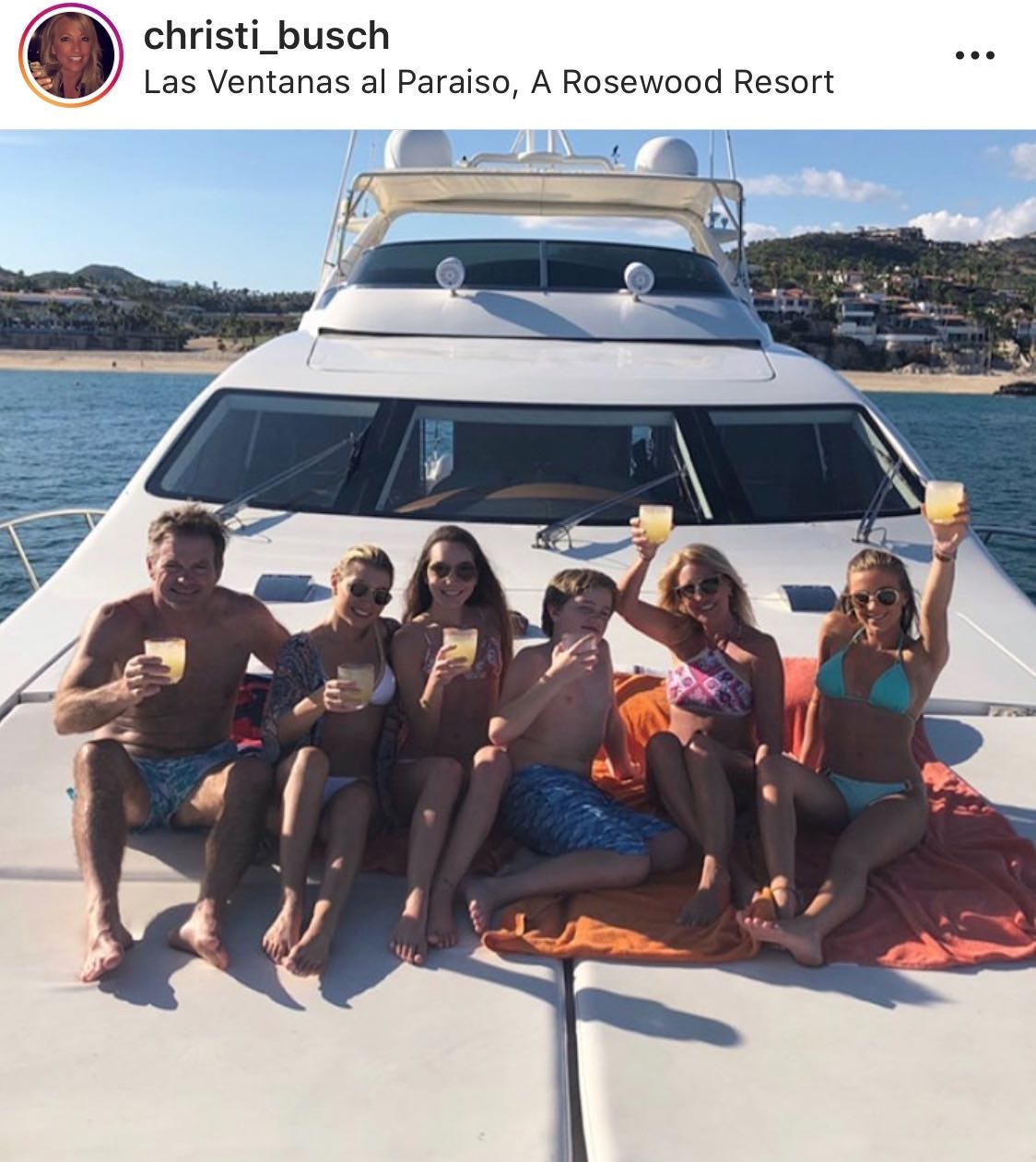 Christi Busch/InstagramMembers of the Busch family pose on a yacht in Mexico.

Matriarch Christi Busch’s Instagram account features photos of family members drinking on a yacht in Mexico, posing on a beach in Anguilla, enjoying mountain views outside a restaurant in Aspen, Colorado, and standing poolside in Palm Beach.

Athleticism also runs in the family. 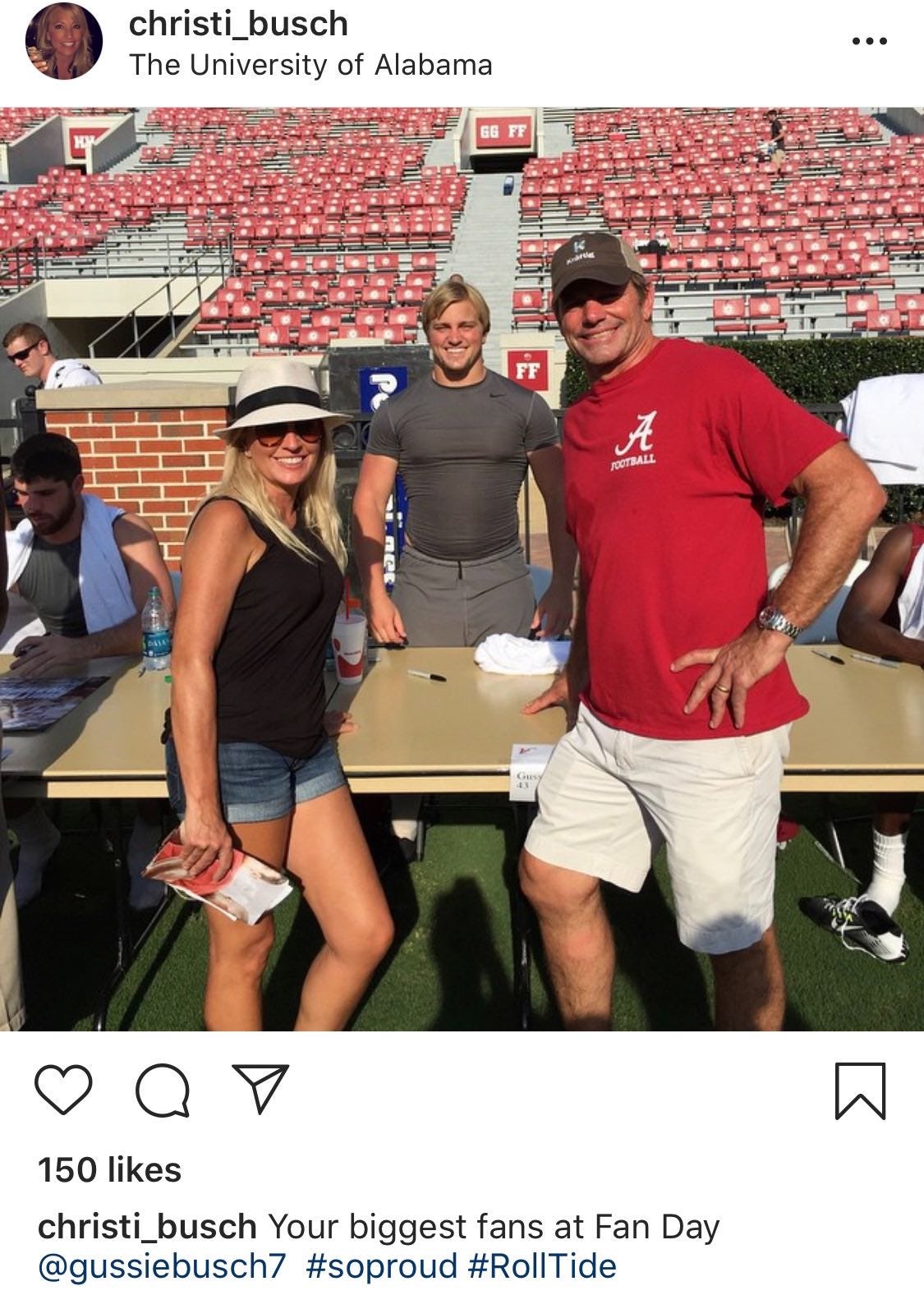 Gussie Busch played football for the University of Alabama, according to The Tuscaloosa News, while Billy Busch, Jr. played for Ole Miss. Grace Busch is also a competitive showjumper, according to St. Louis Magazine.

The Busches also spent tens of thousands of dollars on each of their seven children’s private school educations. 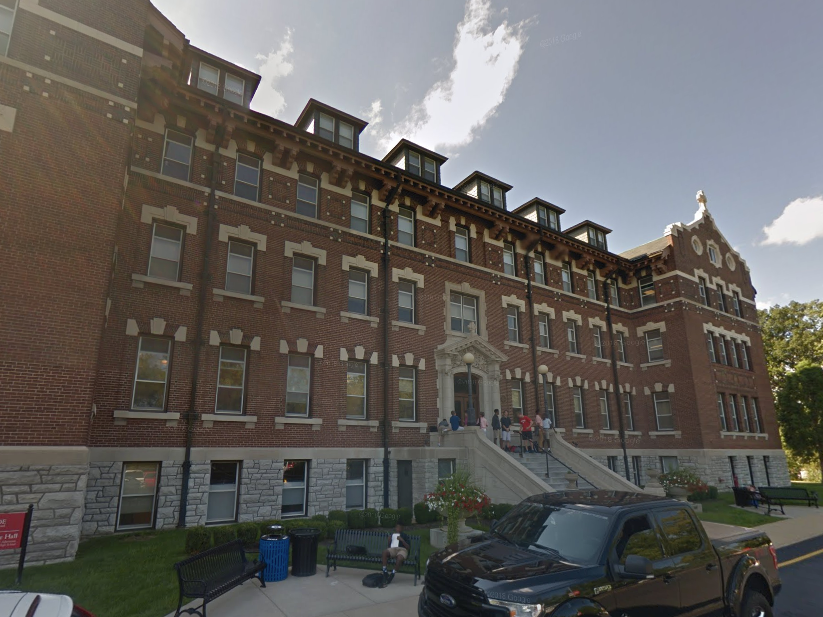 Several of the Busch children were enrolled in all-girls or all-boys schools, Christi Busch told Us Weekly.

Billy Busch Sr. was accused of assaulting one of his son’s 11-year-old classmates in November 2017. 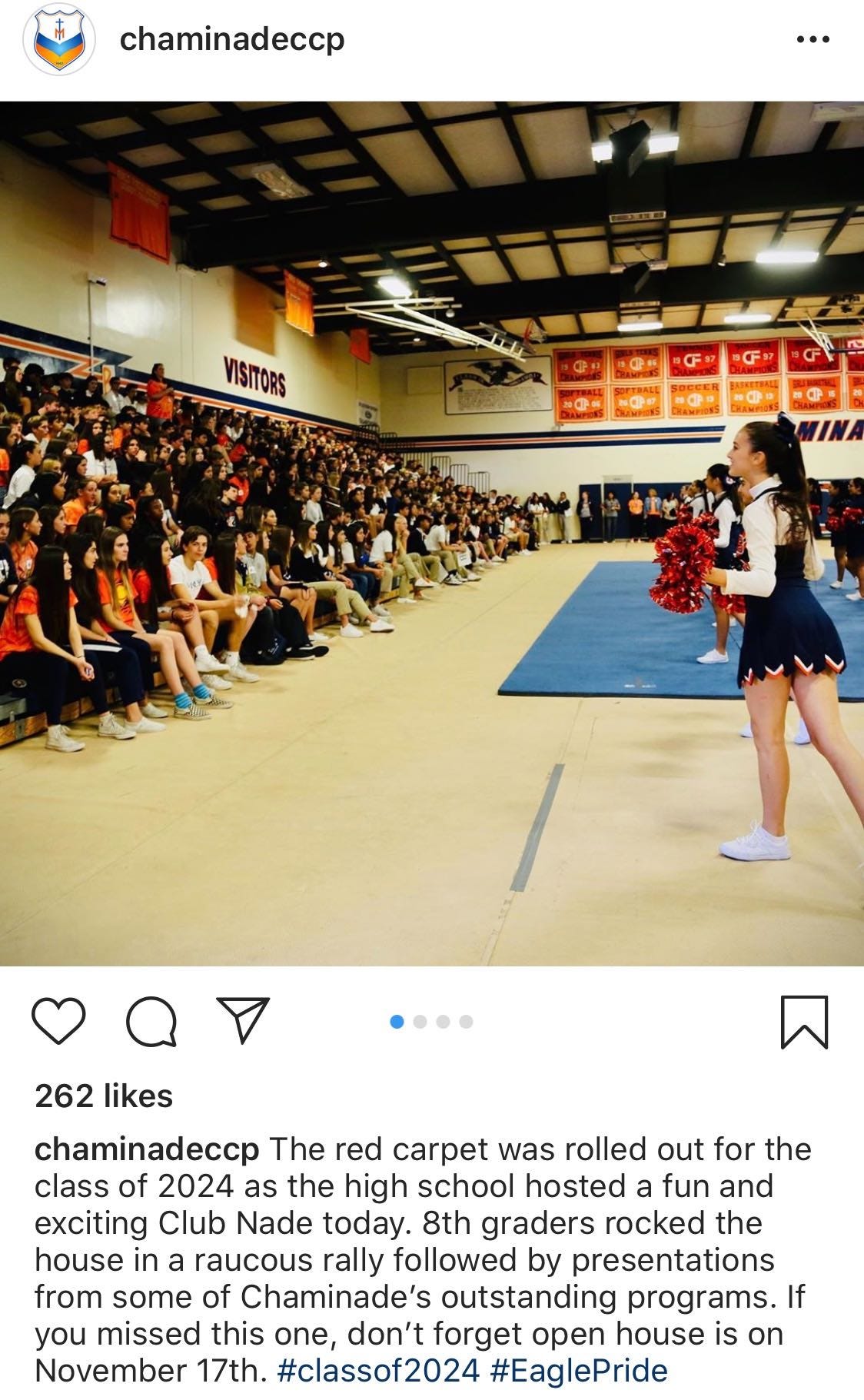 Busch’s son and another student on the basketball team got into an argument during basketball practice when Busch allegedly grabbed the other student and pushed him into a wall, The St. Louis Post Dispatch reported.

Busch later pleaded guilty to charges of fourth-degree assault and claimed he was protecting his son from being bullied, according to The Post Dispatch.

The incident was the second time Busch has been charged with assault. In 1982, Busch was accused of reaching from his car into a restaurant’s drive-thru window to hit an employee in the throat after the employee made a degrading mark about Busch’s mother,The Post Dispatch reported. Busch was later acquitted at trial.

Busch was also accused of biting a man’s ear off during a street fight when he was 22, but prosecutors did not press charges, according to The Post Dispatch.

In 2011, the Busch family unsuccessfully tried to open another brewery. 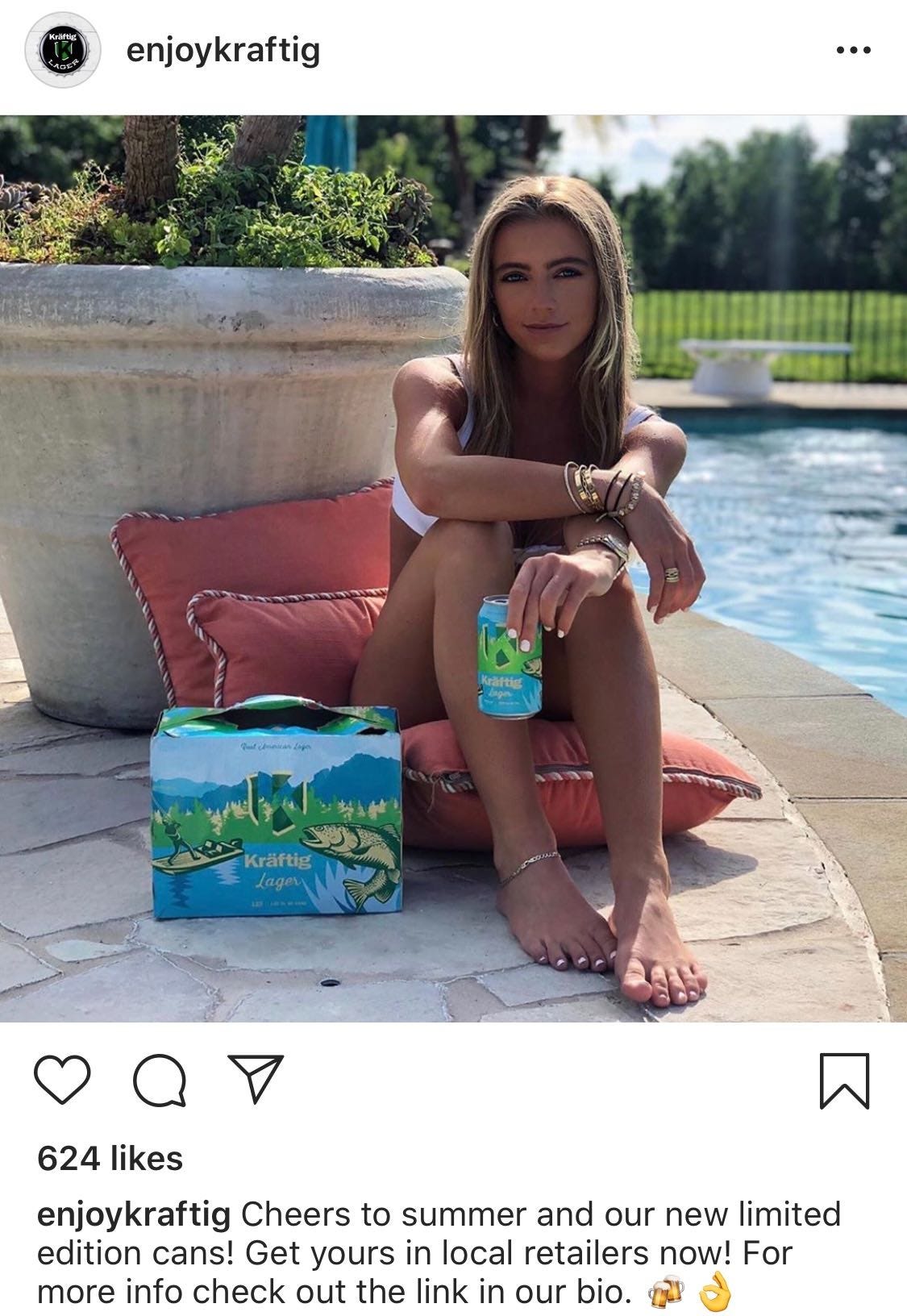 “Don’t count us out,” Busch said in a press release at the time, according to St. Louis Magazine. “This business is in my blood. We’re already considering new avenues. Stay tuned.”

The family’s efforts to build another new brewery on their farm are chronicled in their reality television show, according to St. Louis Magazine.

In March, the family also launched their own reality television show on MTV. 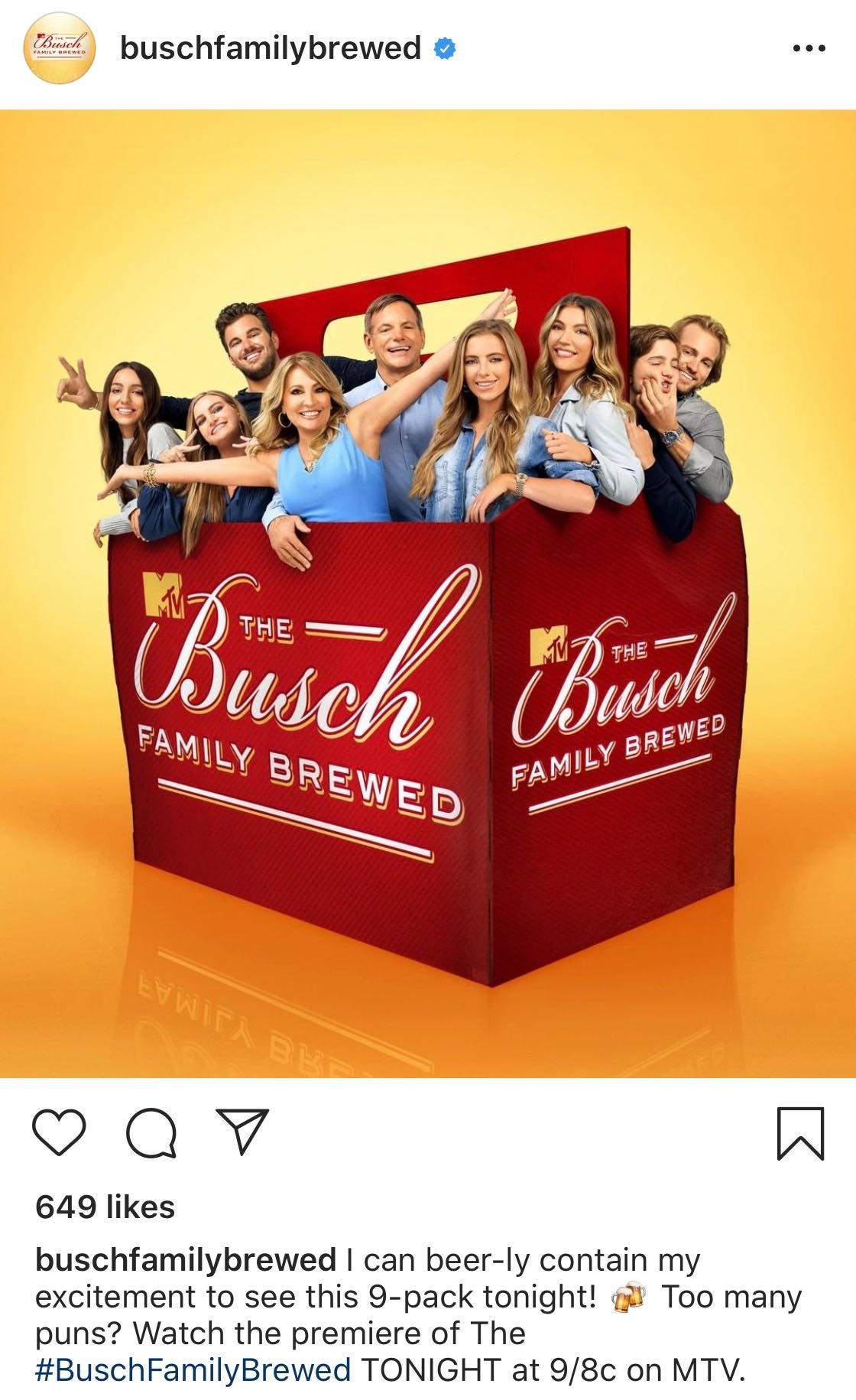 “I think we’ve been approached for a lot of years about doing a show,” Haley Busch told Fox News. “I think just with the fascination with our family’s history, but it was never the right time because we were all young. And now that we’re building this business together and we’re all older, I think it’s a perfect time to document what we’re doing.”

Despite their extravagant lifestyle, the family insists that they are pretty normal. “I think our parents always kept us very down-to-earth and we never really thought that we were different than anybody,” Haley Busch told Fox News.