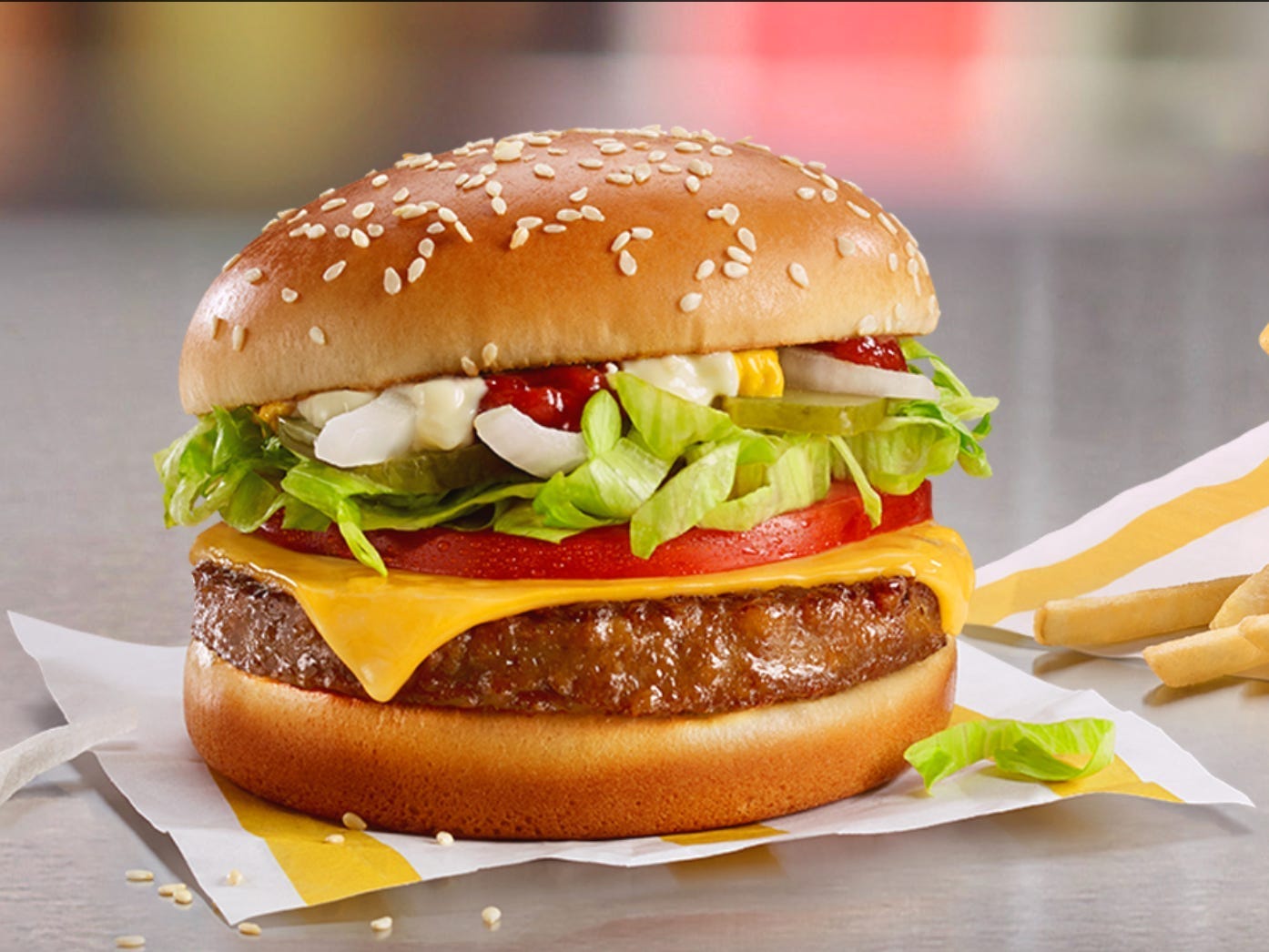 McDonald’sMcDonald’s PLT did not make it out of testing in Canada. Now the chain is debuting the McPlant.

McDonald’s is investing in plant-based “meat.” And it’s calling it the McPlant.

On Monday, the fast-food giant announced it was developing plant-based “chicken,” burgers, and other menu items under the “McPlant” banner.

That’s right: McPlant. Following in the storied tradition of McNuggets, McFlurries, and McMuffins, McDonald’s has decided to mash together its name and that of a menu item.

It’s on the nose, to say the least. The name raised some eyebrows on social media.

Lol really phoning it in for the vegetarians.

"I dunno, Planty McPlant, whatever" https://t.co/daPxlkTDqj

McPlant sounds like a detective show I would watch 5 seasons of while being unable to describe any of it https://t.co/F4Grj1nJ2i

the only mcplant at mcdonalds is whoever came up with that namehttps://t.co/R9Nx73DG0T

However, years of writing about the fast-food chain makes the “Mc” prefix ring a bit differently to me. While I will concede the corniness of the McPlant name, McDonald’s decision to use “Mc” branding is a sign of how seriously it’s taking plant-based food.

McDonald’s is extraordinarily aggressive about its branding. A 2012 marketing guide that was leaked to me earlier this year says that the only products, services, and programs allowed to add the “Mc” prefix are those that “enhance the value and uniqueness of our brand.”

“Do not invent gratuitous ‘Mc’ or ‘Mac’ terms or phrases that add no long-term strategic value to the brand, such as ‘McPhone,’ ‘McMeeting’ or ‘I work at McDonald’s with McPride,'” the guide says. “All such uses are prohibited, including on licence plates and in speeches and internal materials.”

For McDonald’s to add “Mc” to its plant-based menu is a clear sign that this is a long-term priority for the company. It also shows that McDonald’s is increasingly on the same page as competitors, many of which have added plant-based items to their permanent menus in recent years.

Other fast-food chains led the way in linking plant-based menu items to core aspects of their brands. For example, when Burger King rolled out the Impossible Whopper, it signalled that a plant-based burger was not separate from its menu items but a new way to enjoy a classic.

“This is not a gimmick,” Jose Cil, the CEO of Burger King’s parent company, Restaurant Brands International, told Business Insider in 2019. “This is something we believe can be a part of the Burger King menu for the long term.”

McDonald’s broke the trend of naming items the “Impossible X” or “Beyond Y” when it tested the PLT in Canada as part of a partnership with Beyond Meat. Perhaps the lack of a “Beyond Mac” signalled that McDonald’s was not yet ready to go all in on the product or the partnership, which ended earlier this year.

The McPlant’s name sends a clear sign that plant-based menu items will be long-term additions meant to be unique to McDonald’s. Ian Borden, the president of the company’s international business, told investors on Monday that the McPlant “is crafted exclusively for McDonald’s, by McDonald’s.”

Executives said the McPlant would be available as a menu item around the world. Different countries could add McPlant burgers, chicken, or breakfast sandwiches to menus as it becomes clear that local markets are seeking plant-based options.

“It’s not a matter of if McDonald’s will get into plant-based,” CEO Chris Kempczinski said on Monday. “It’s a matter of when.”