Investor Roger McNamee had a fascinating interview this morning on CNBC in which he predicted Microsoft’s Windows is a dying business.

“I think Microsoft Windows, this is the cycle where it stops growing,” he said.

“The availability of iPads and smartphones is allowing corporations to trade down and eliminate the thousand dollars per year of supporting a Windows desktop. And this is the year where Windows has fallen below 50% of internet connected device down from 97% a few years ago.”

He may be right — PC sales are dipping and the recovery will be harder thanks to the rise of the iPad. Or, there’s always a chance Steve Ballmer and Microsoft will stage a spectacular comeback with Windows Phone Windows 8 and end up owning the mobile and tablet markets in 2020 anyway.

But here’s the weird part: McNamee thinks Windows is dying, but he’d buy Microsoft anyway because of the company’s strong position in email.

“When you’re a monopolist in an important category — and they are for sure a monopolist relative to email with Exchange — they’re going to be able to crank prices on Exchange. I actually think Microsoft is a buy.”

McNamee is a smart guy — Bill Gates once credited him as a sounding board for his 1994 book “The Road Ahead” — and has made some great investment decisions over the years, like taking an early huge stake in Facebook for Elevation Partners.

But imagining that Exchange as a replacement for the Windows business just bizarre for a bunch of reasons:

If Windows dies, Microsoft will have do do a lot more than monopolize email to replace it.

McNamee was much more bearish about Intel and PC makers, saying the switch from the PC “is going to be brutal on them.” 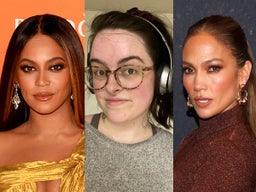