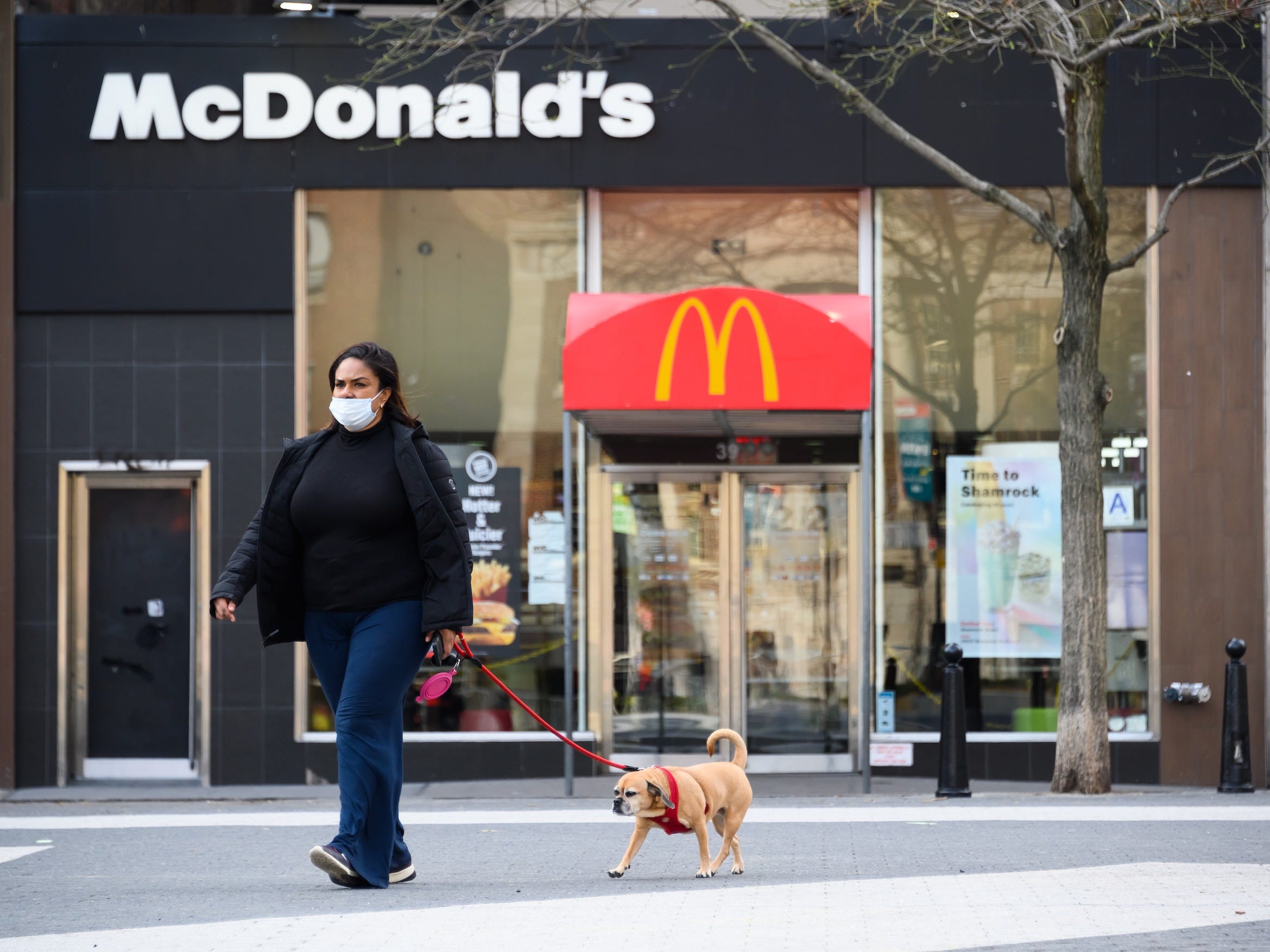 Noam Galai/Getty ImagesMcDonald’s plans to permanently close 200 locations in the US in 2020.

McDonald’s plans to permanently close 200 locations in the US in 2020, as the fast-food giant weathers the COVID-19 pandemic.

On Tuesday, McDonald’s reported that revenues fell 30% in the second quarter, to $US3.76 billion. Global same-store sales fell by 23.9%, though McDonald’s said sales have improved sequentially through the quarter.

On a per share basis, McDonald’s earned 66 cents per share, missing analysts’ expectations of 74 cents per share.McDonald’s net income fell by 68% to $US483.8 million – its lowest quarterly profits in 13 years according to the Financial Times, citing S&P Capital IQ data.

CEO Chris Kempczinski acknowledged in an earnings call on Tuesday that the “public health situation seems to be worsening” in parts of the US.

Despite the chain pausing reopening plans in the US due to rising COVID-19 cases, Kempczinski said that he expected the second quarter to be the company’s lowest financial slump this year. McDonald’s has adapted operations and plans to make major investments in marketing, Kempczinski said. Executives emphasised the importance of drive-thru, delivery, and digital sales as crucial aspects of McDonald’s recovery.

The coronavirus pandemic forced the company to close dining rooms around the world, as well as temporarily shuttering restaurants in many international markets, including the UK, Spain and France. The company also delayed openings during the pandemic.

McDonald’s said on Tuesday that the chain plans to close roughly 200 restaurants in the US in 2020, which the company described as “an acceleration of closings planned for future years.” More than half of these closures are McDonald’s with lower sales volumes located in Walmart stores.