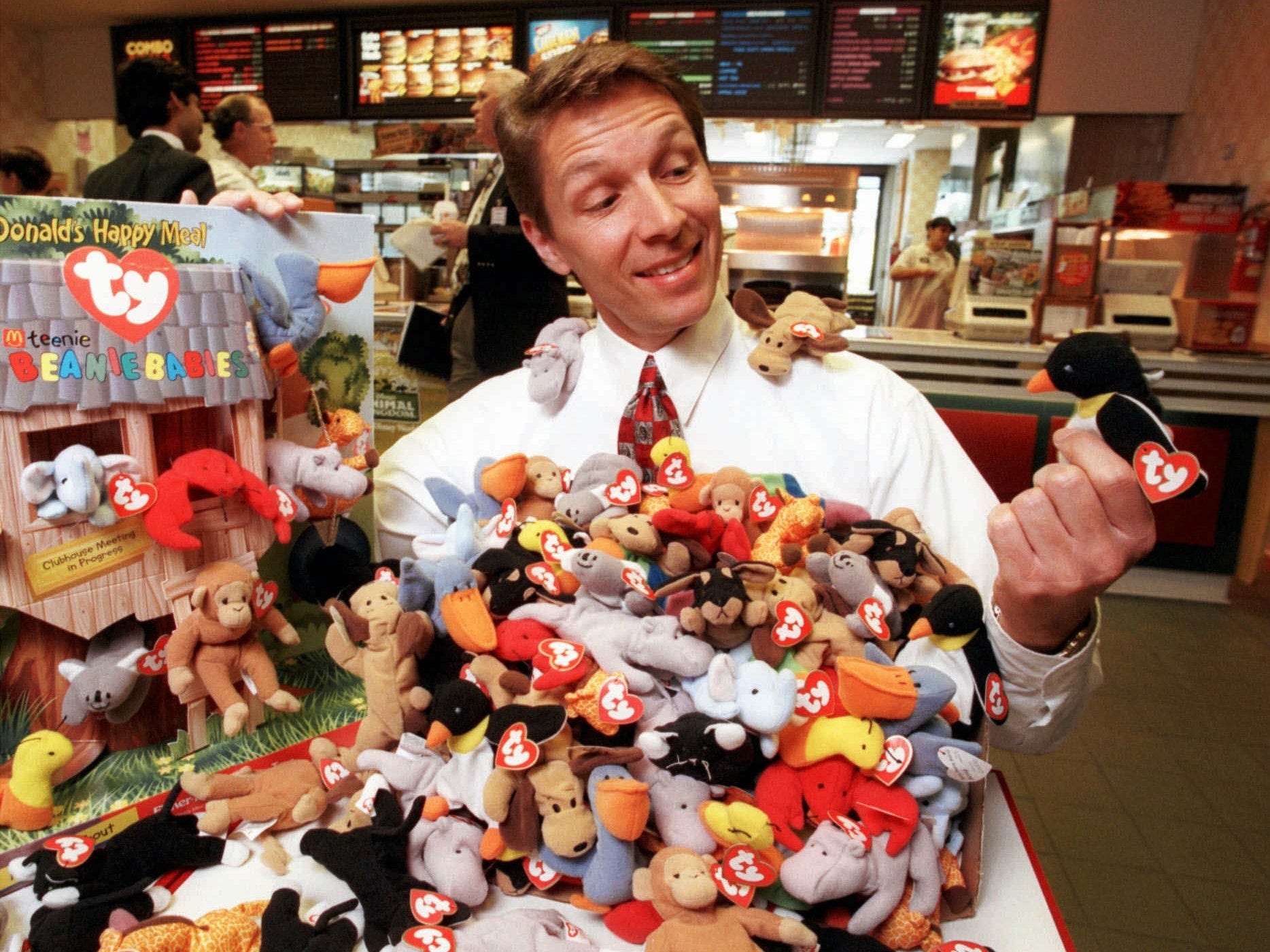 Happy Meals have been a staple at McDonald’s for as long as many of us can remember, but they haven’t always been the centrepiece of the fast-food chain’s children’s menu.

The Happy Meal was introduced in 1979, more than 20 years after McDonald’s was founded in 1955. After McDonald’s employee Yolanda Fernández de Cofiño created “Menu Ronald,” which combined a hamburger, small fries, and a small sundae specifically for young customers in Guatemala, the company’s advertising executive Bob Bernstein brought the idea stateside and swapped out ice cream for toys.

Since then, McDonald’s has collaborated with movies, TV shows, toy chains, and more to bring treats to every child who orders a Happy Meal.

Parents and health advocates have frequently voiced concern with the nutritional value of Happy Meals. The brand has offered some healthier options for kids by reducing calories, saturated fat, and sugar in Happy Meals, and it has promised to further cut the meals’ calories in the next couple of years. The brand is also considering how it can evolve to be more sustainable when it comes to the toys included in every Happy Meal.

Here’s how the McDonald’s Happy Meal has evolved over time.

Happy Meals have been a staple at McDonald’s for nearly 40 years, but they weren’t the fast-food chain’s first foray into providing offerings specifically for kids. 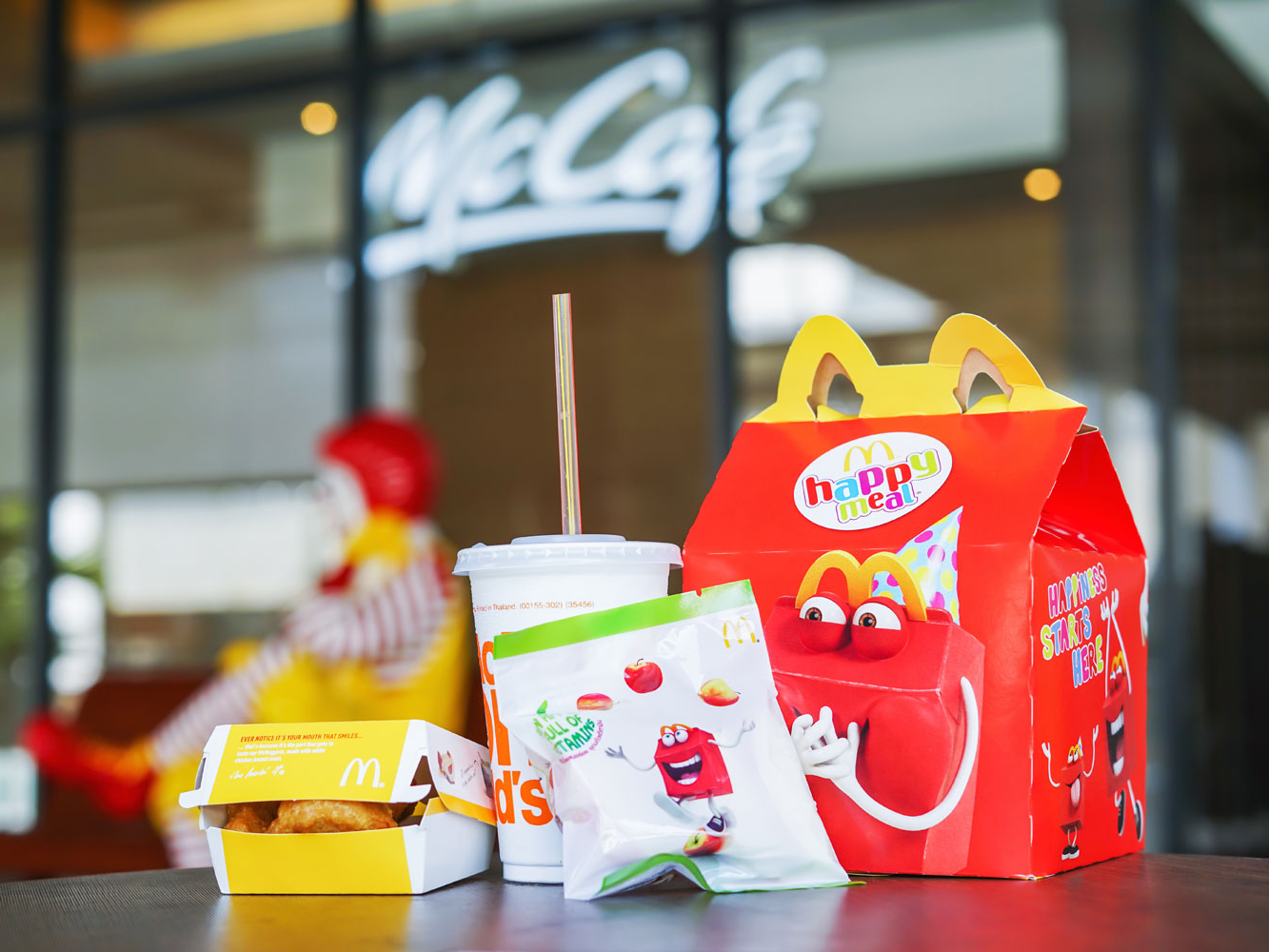 Before McDonald’s introduced the Happy Meal, locations in Canada offered a “Treat of the Week” for children, which gave young diners a small toy or trinket with their regular menu orders.

The original idea for the Happy Meal is said to have come from a McDonald’s employee in Guatemala named Yolanda Fernández de Cofiño. 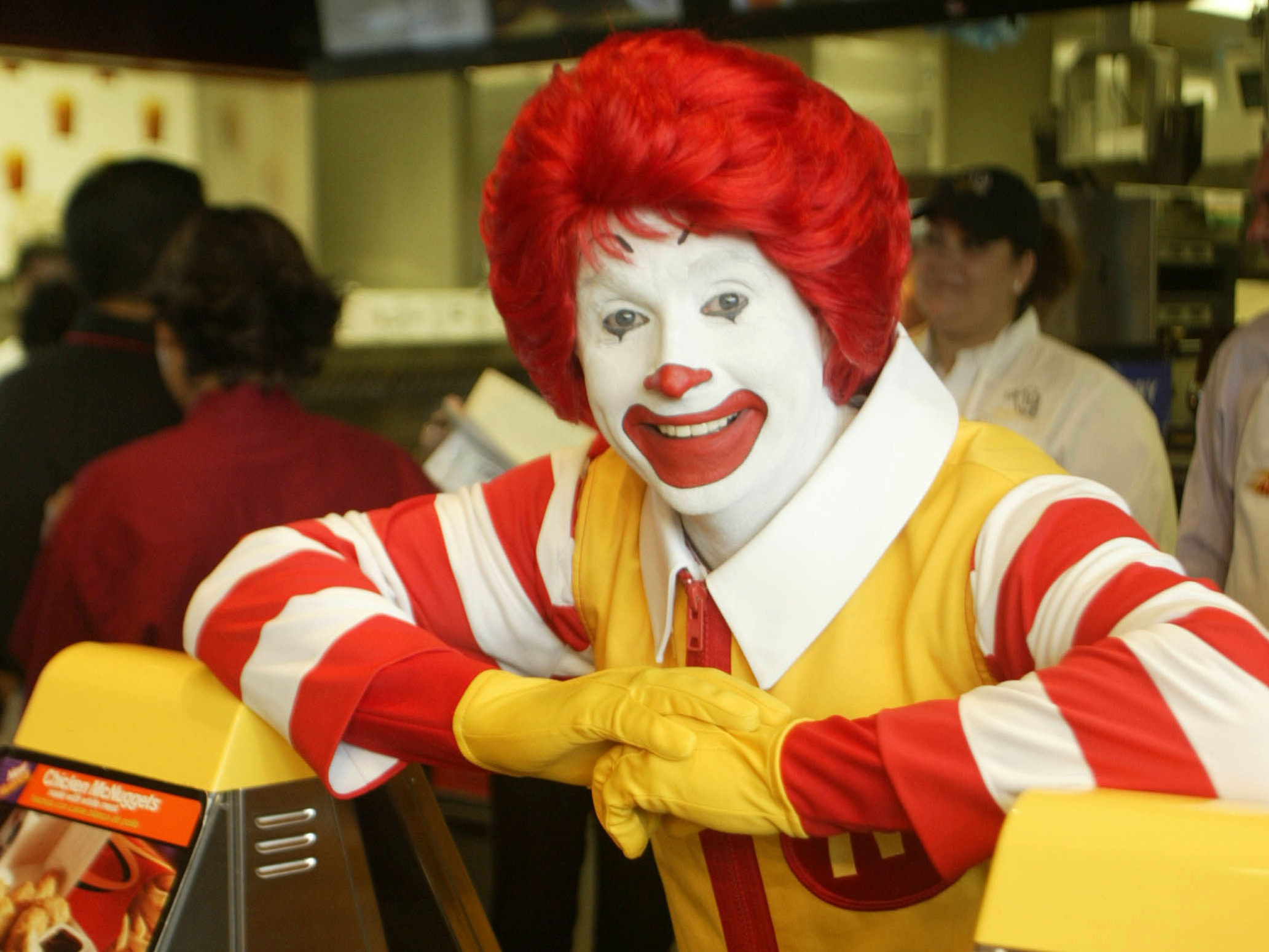 In the mid-1970s, Yolanda Fernández de Cofiño developed the “Menu Ronald,” which combined a hamburger, small fries, and a small sundae specifically for kids. She ultimately caught the attention of McDonald’s executives in the US.

McDonald’s credits advertising executive Bob Bernstein with the idea of the Happy Meal. 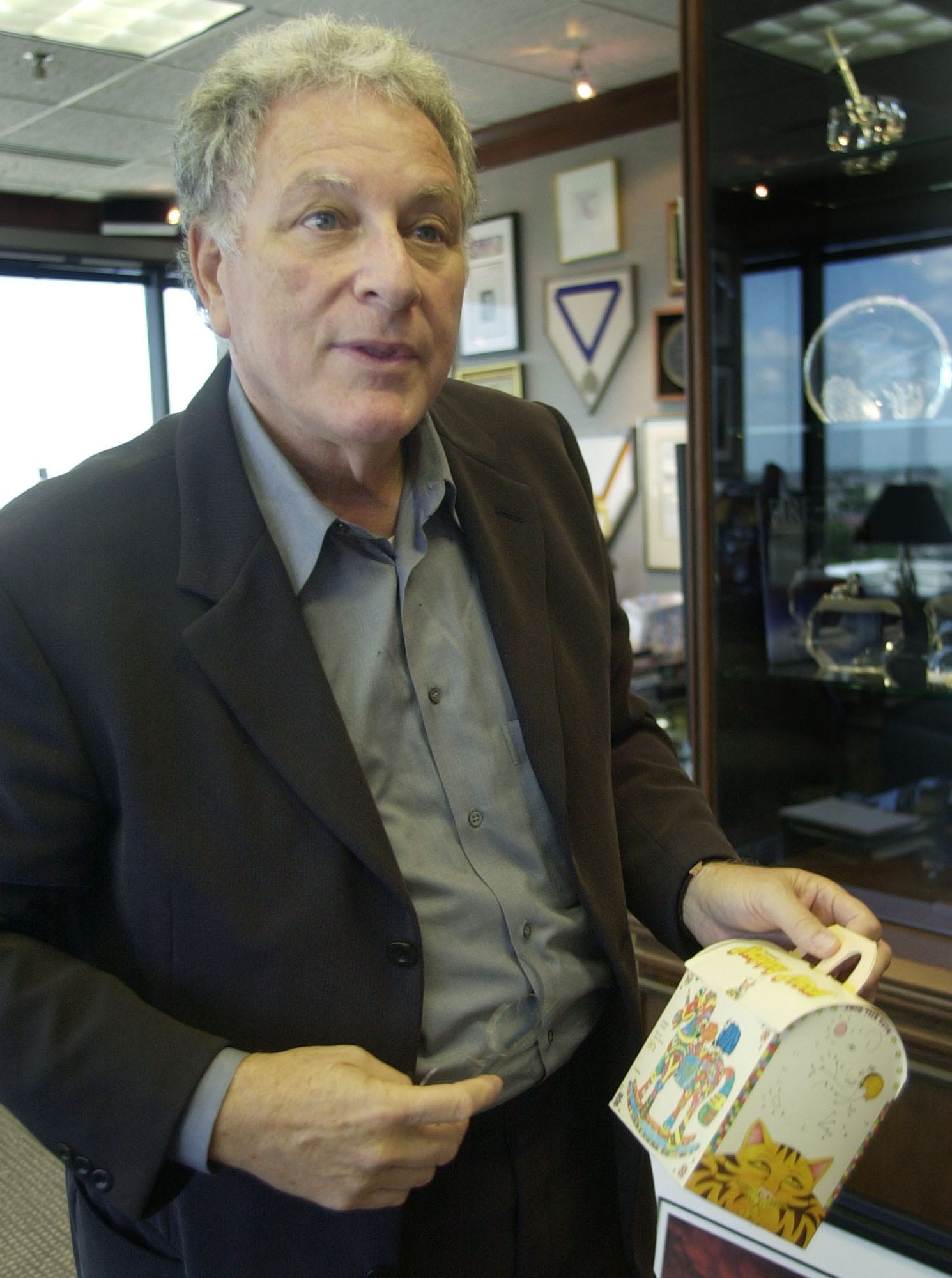 AP Photo/Orlin WagnerBob Bernstein, who is credited with inventing the Happy Meal, holds an original Happy Meal box on the product’s 25th anniversary.

Although a St. Louis marketing manager for McDonald’s is often dubbed the “father of the Happy Meal,” McDonald’s credits Bernstein with the idea to include toys with a children’s meal after hearing about Fernandez de Cofiño’s “Menu Ronald.”

McDonald’s rolled out the first Happy Meal in the US in 1979. 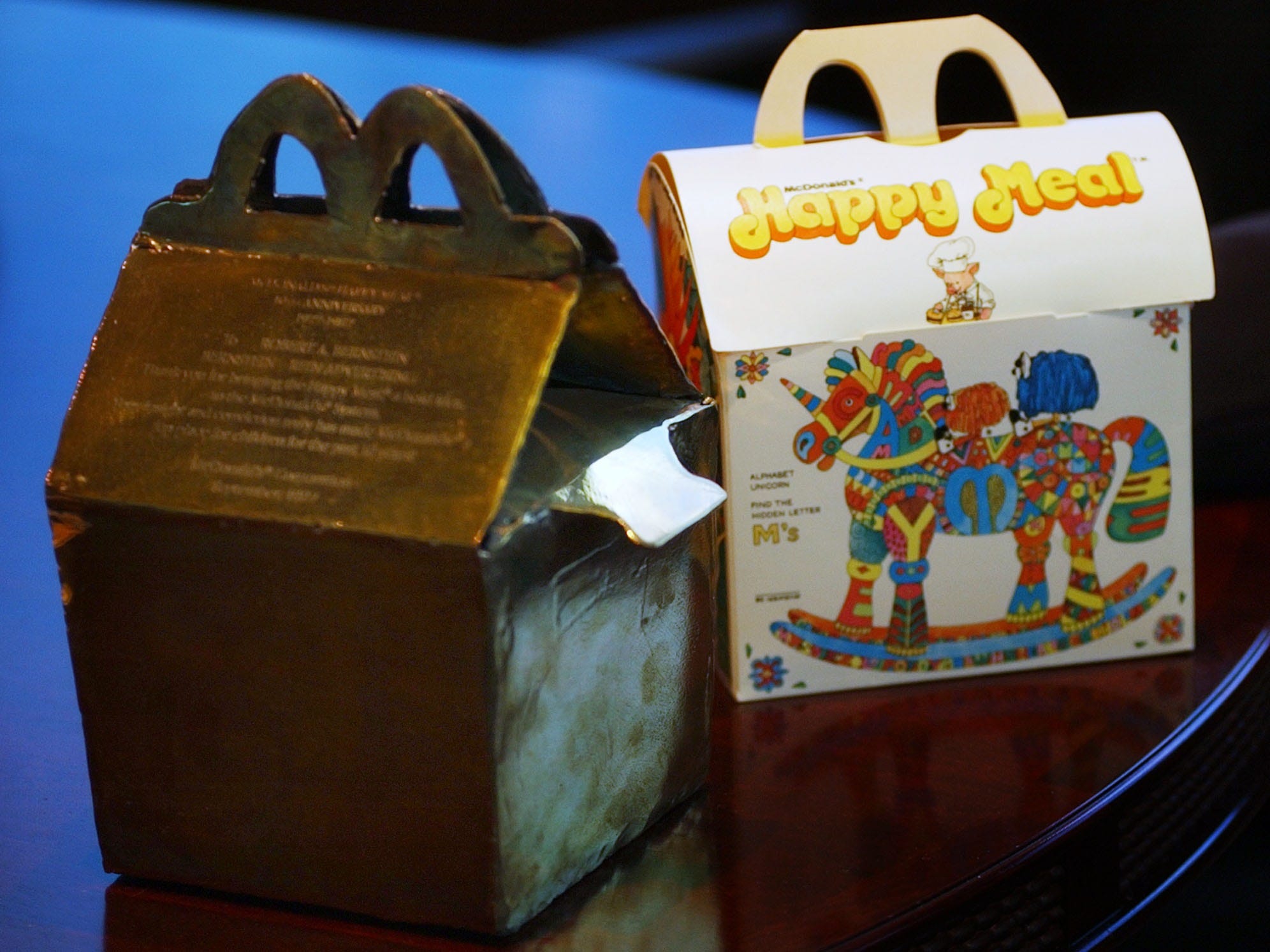 AP Photo/Orlin WagnerAn award given to Bob Bernstein on the 10th anniversary of the Happy Meal and an original Happy Meal box.

McDonald’s first Happy Meal showed a circus theme. According to Time, the meals – which included a burger, fries, cookies, and a soft drink – came with one of a number of small toy options, like a “McDoodler” stencil or “McWrist” wallet.

Later that year, the brand teamed up with “Star Trek” for its first major film partnership. 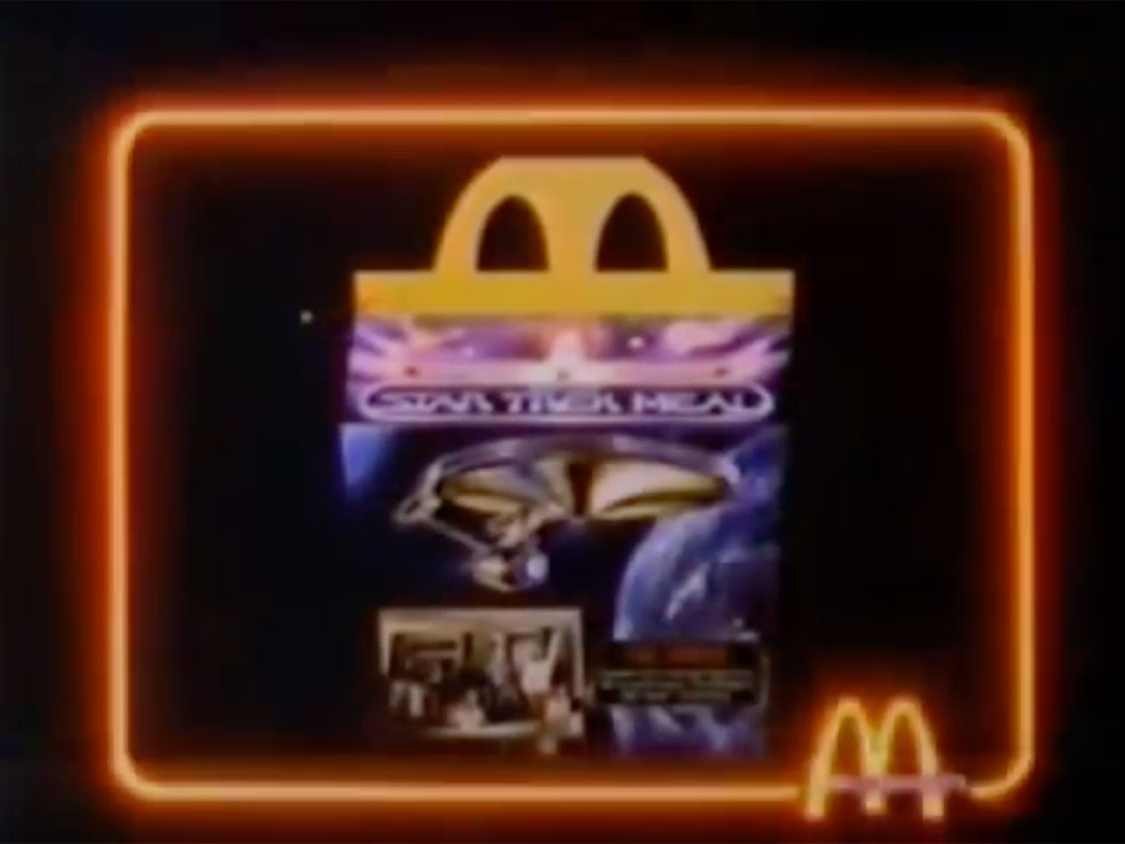 Chicken McNuggets were added as a Happy Meal option in 1983. 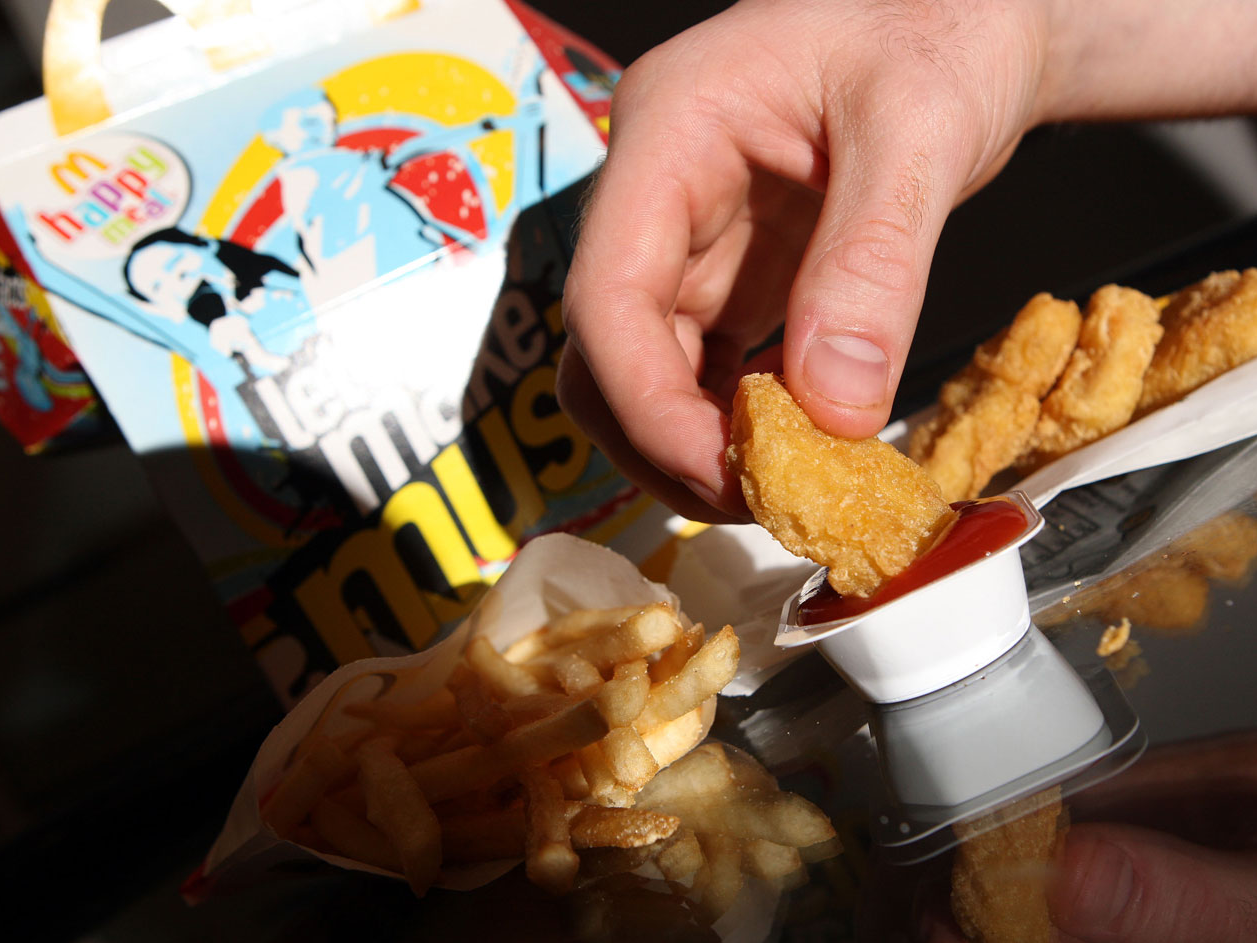 According to USA Today, many diners in the 1980s were looking to reduce their fat intake and thus preferred to eat chicken instead of red meat. McDonald’s thought that kids and parents might like an option to eat chicken as well.

McDonald’s introduced milk as an option in the late 1980s. 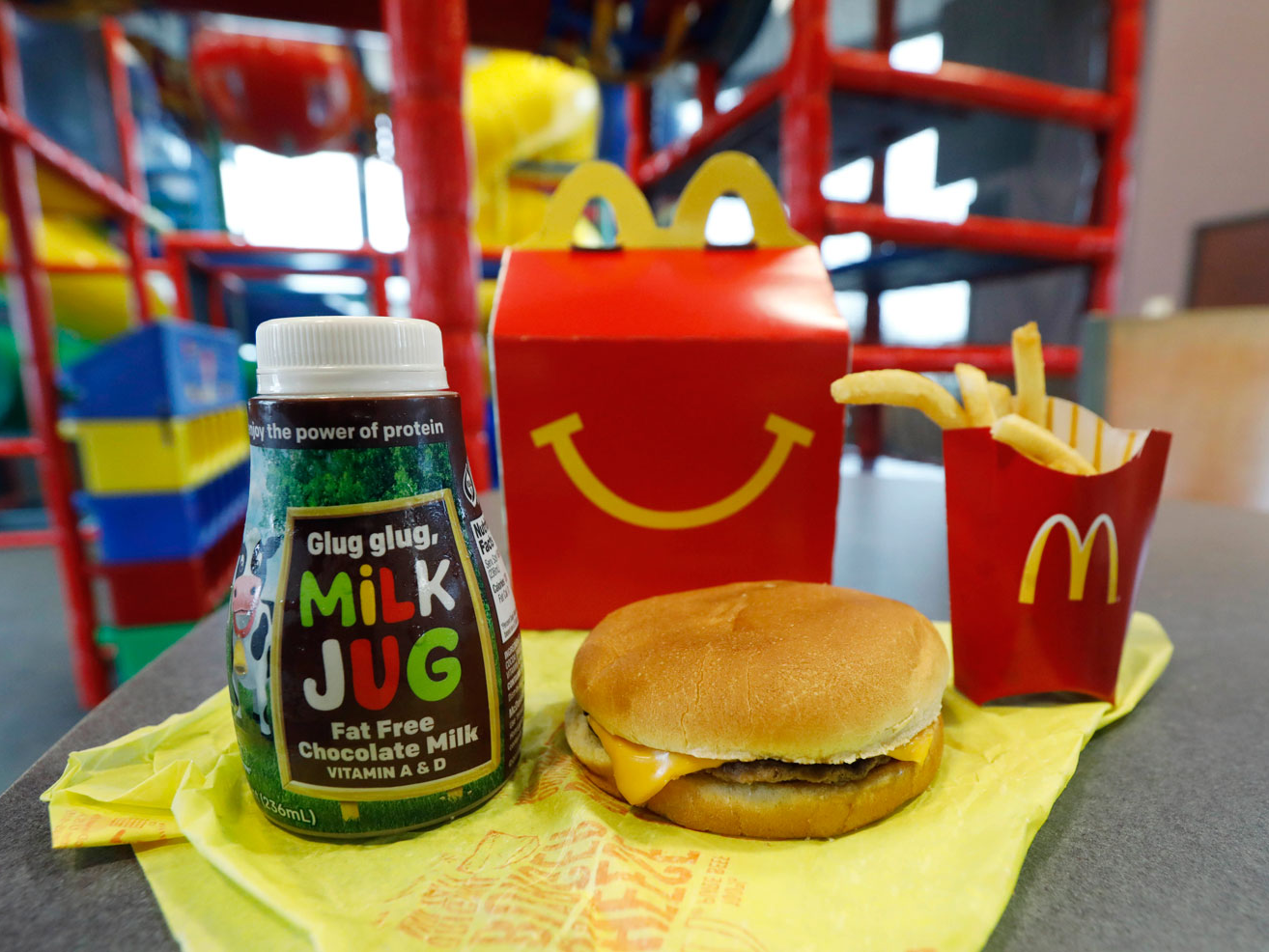 AP Photo/Rogelio V. SolisDrinks included in the McDonald’s Happy Meal have changed over the years.

The fast-food brand has continually updated its Happy Meal food and beverage offerings since its inception, as USA Today points out.

The first Disney-themed Happy Meal came out in 1987. The meals have since featured beloved characters like Mickey Mouse and his crew. 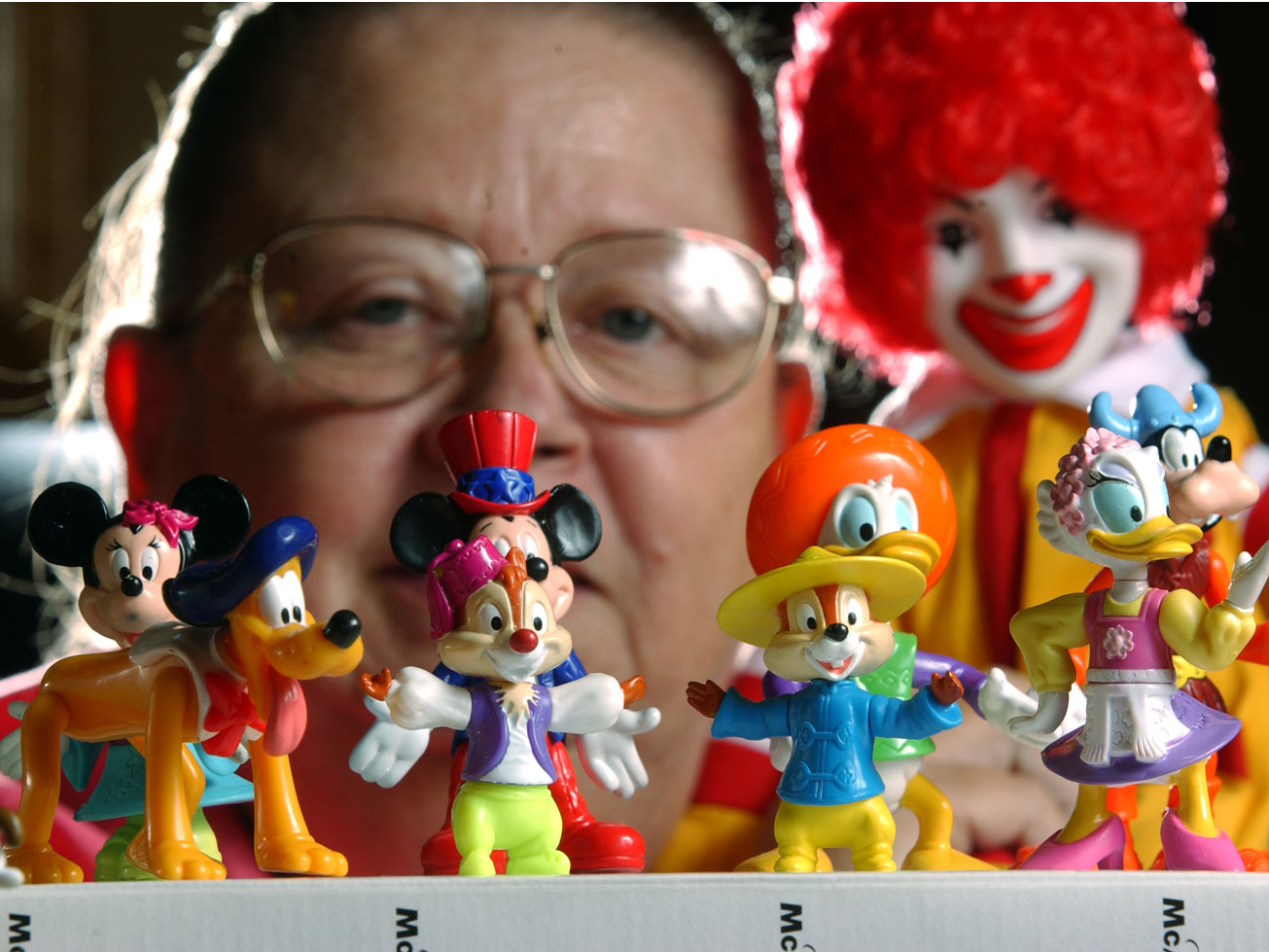 As Time notes, all the dogs from the Disney movie “101 Dalmatians” have been featured as a Happy Meal toy. 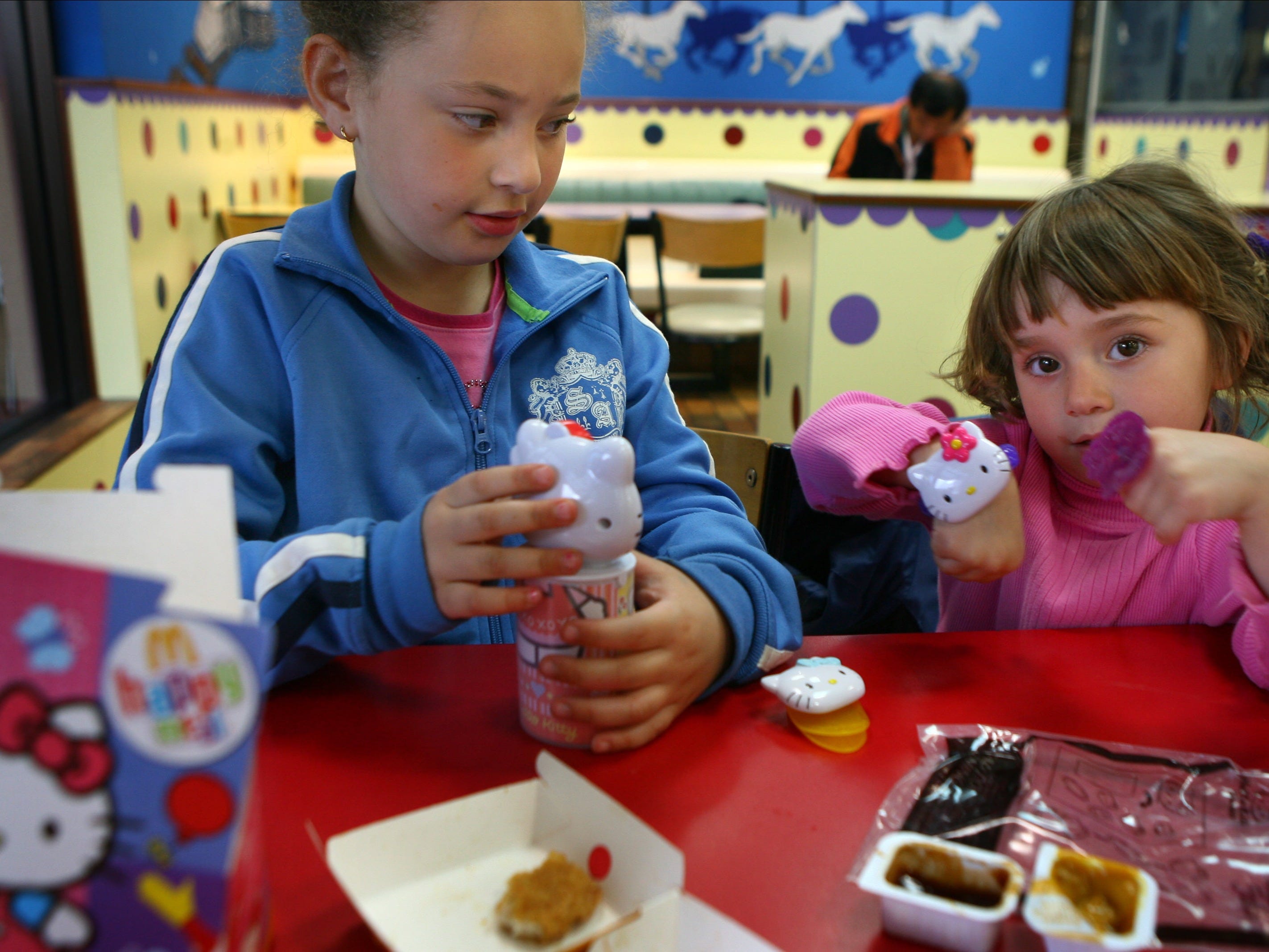 Fairfax Media/Getty ImagesSisters Jade, 6, and Juele, 3, from Queensland enjoy a Happy Meal in 2006.

According to Mental Floss, the mini Furby and Minion toys are some of the most valuable Happy Meal toys that have been sold on eBay. 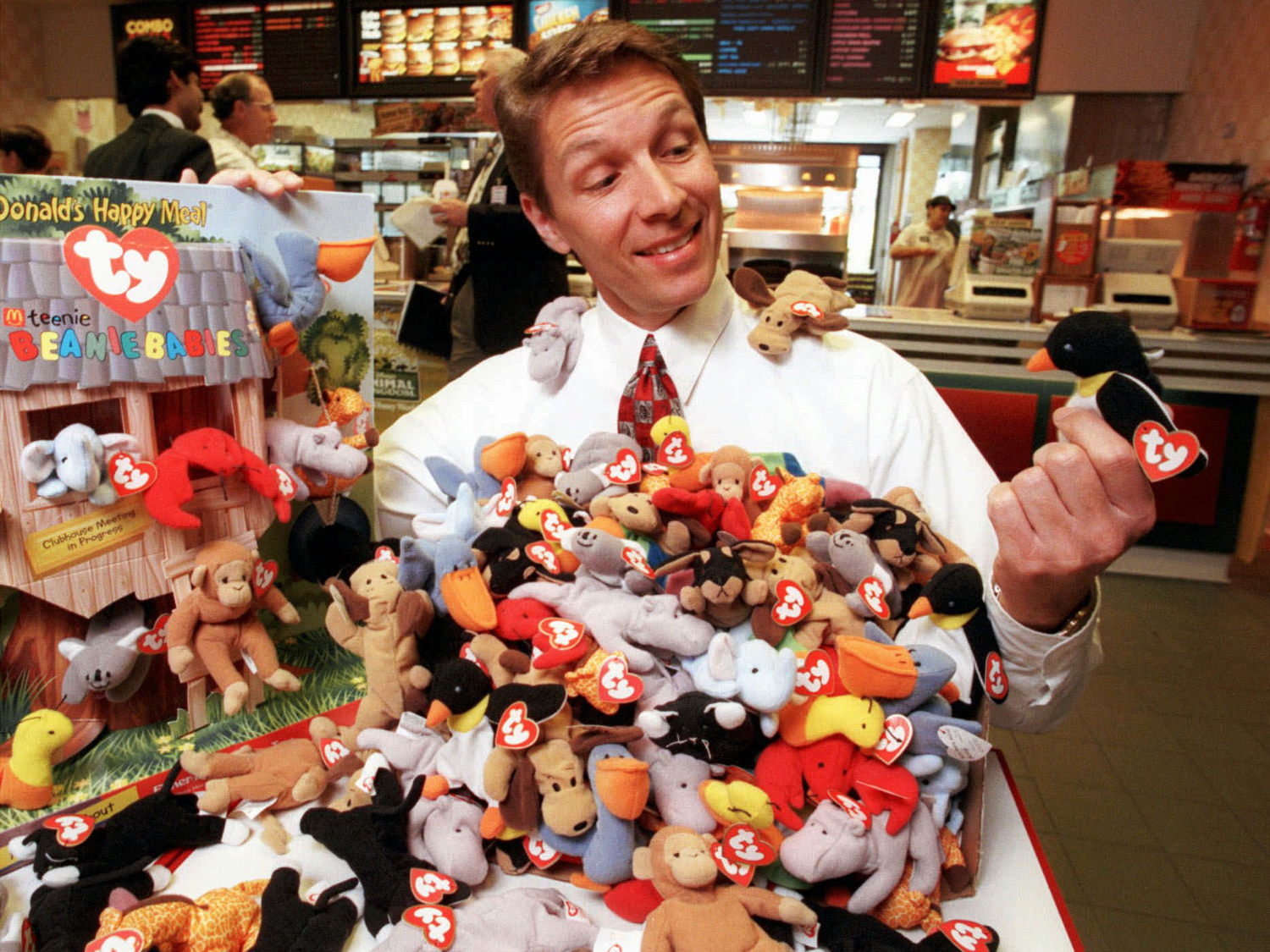 In 1997, McDonald’s began including a smaller version of Ty’s classic Beanie Babies in its Happy Meals. After seeing success with the toy promotion, McDonald’s offered the stuffed animals in Happy Meals once every year until 2000, according to Time.

As the new millennium began, McDonald’s faced pressure to promote health consciousness with its Happy Meals. In 2004, McDonald’s implemented the first significant health changes to its Happy Meal offerings. Kids could now order reduced-fat regular and chocolate milk and apple juice as an alternative to soda, while apple slices replaced traditional cookies for dessert. 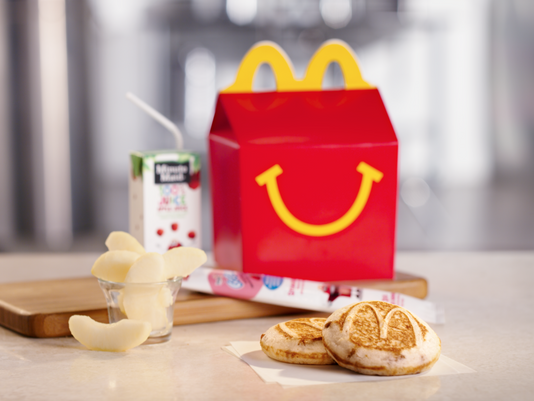 According to USA Today, the brand looked to capitalise on the success it saw from serving breakfast all day by extending the offer to younger customers. 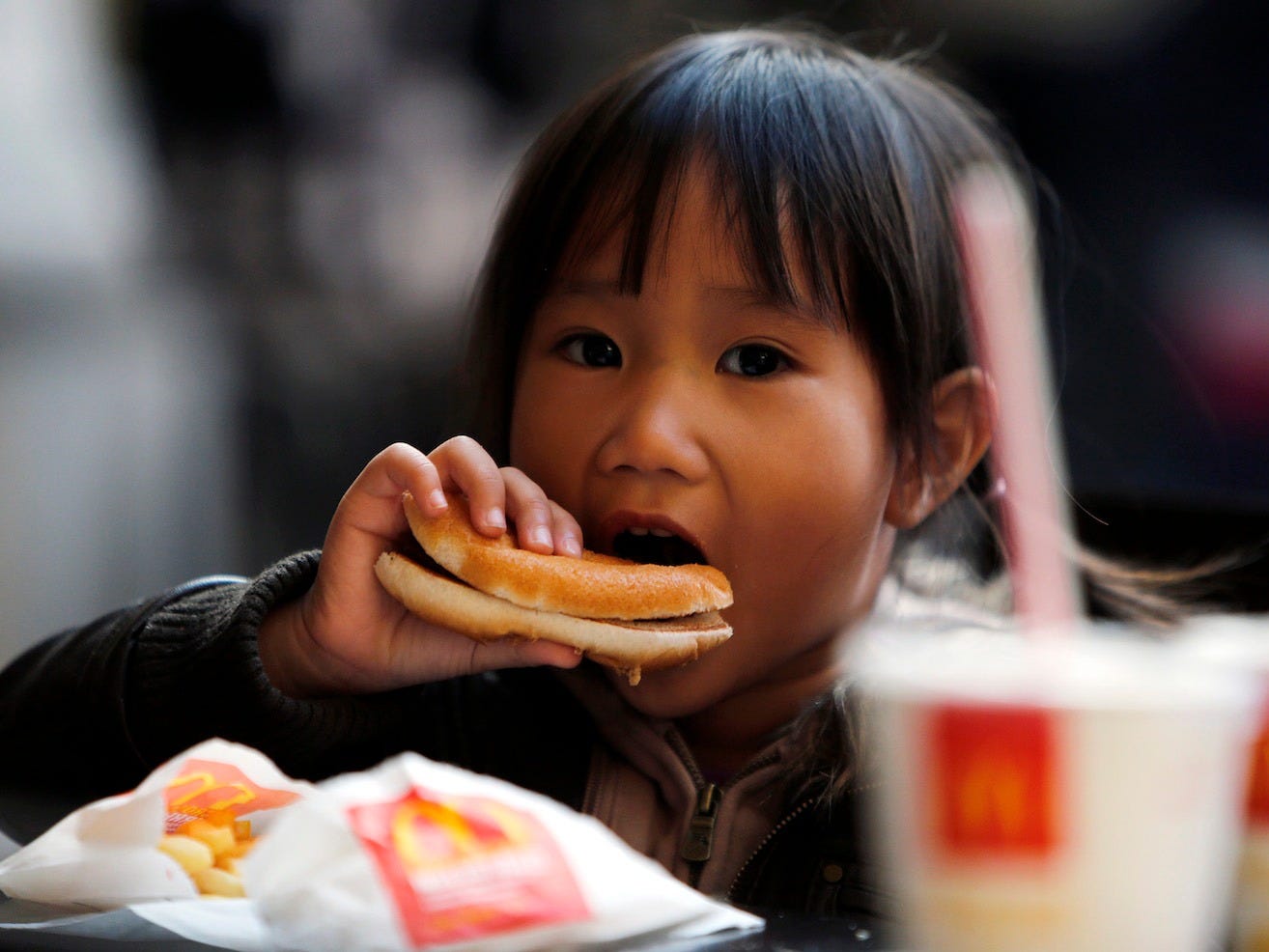 REUTERS/Stefano RellandiniA child eats a burger outside a McDonald’s in Milan in 2012.

CNBC reported that, as critics continued to link childhood obesity to Happy Meals, McDonald’s took chocolate milk and cheeseburgers off its Happy Meal menu items, although both are still available by request.

McDonald’s says it has committed to making its Happy Meals healthier in the future. 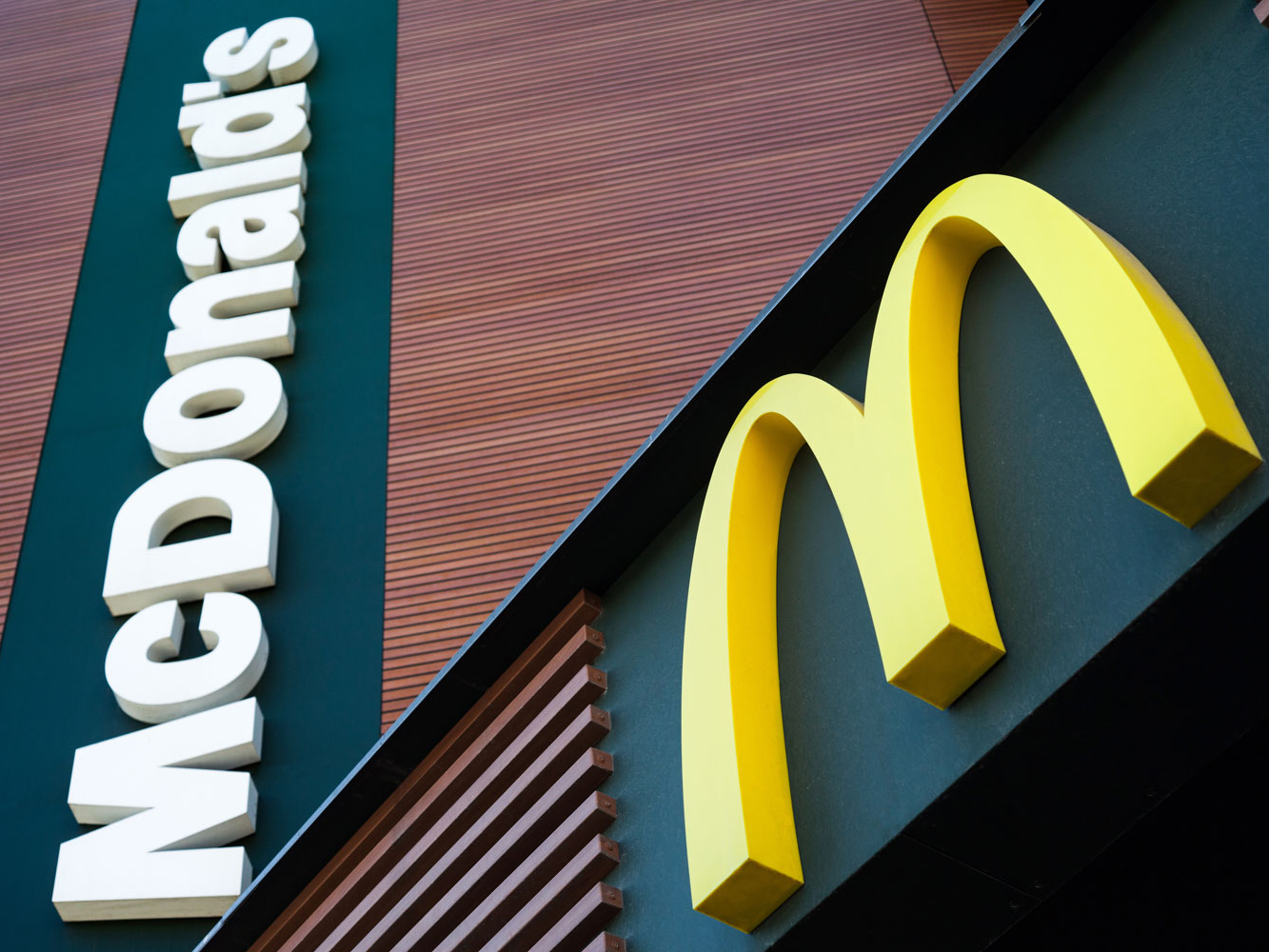 As NPR reported, the chain has promised that at least 50% of Happy Meals will have 600 or fewer calories while also cutting sodium, saturated fat, and added sugar by 2022.

Today, McDonald’s has its own cartoon character modelled after the iconic red Happy Meal box. 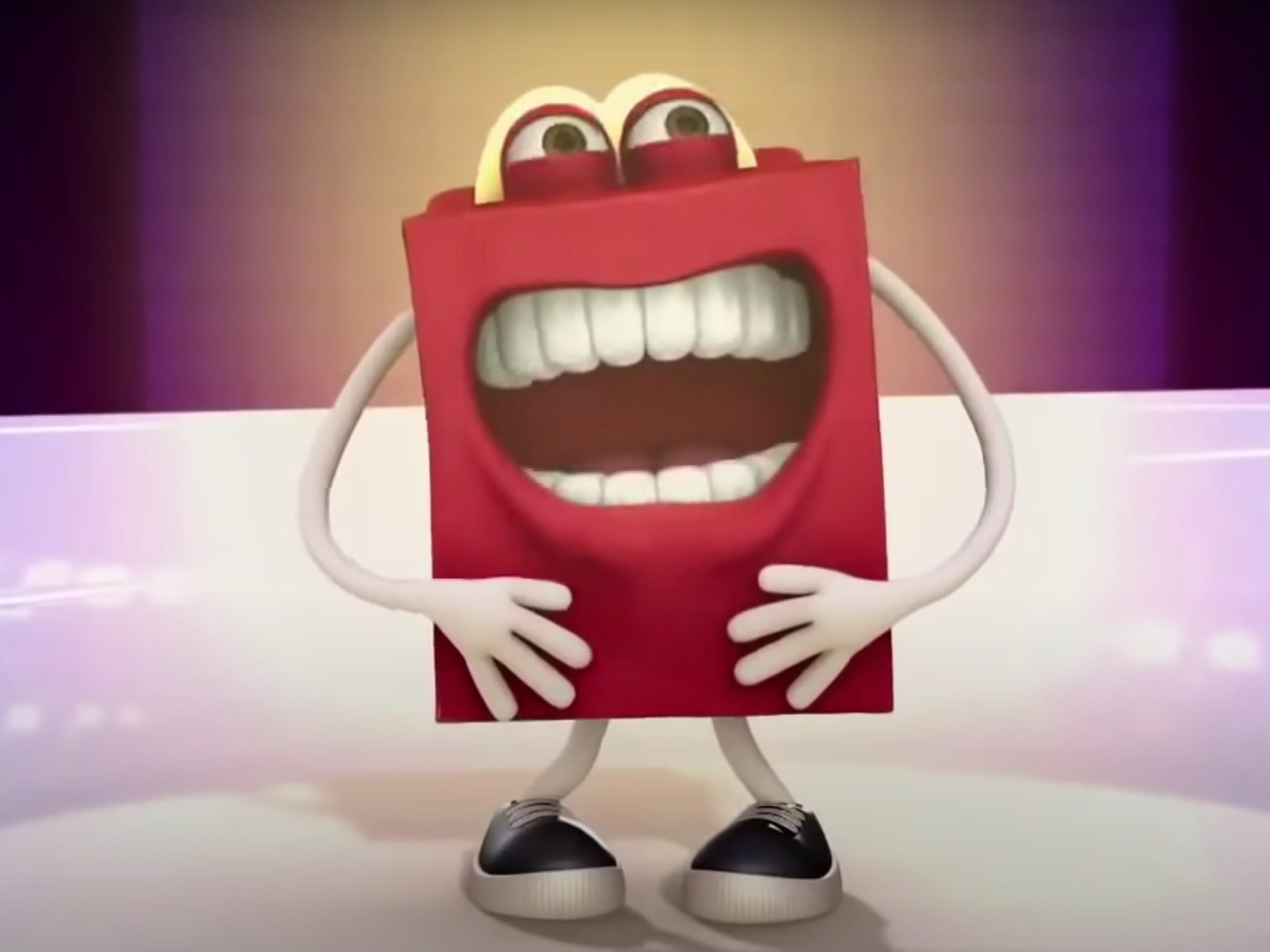 Ronald McDonald hasn’t appeared in McDonald’s commercials for a while, but a new mascot is making the rounds. Named “Happy,” the red character is meant to resemble a Happy Meal box. However, not all customers were happy with the end result.

According to the Atlantic, when the character was first introduced on the McDonald’s US Twitter page, patrons responded with criticism, calling the new mascot a “mistake,” “terrifying,” and even comparing the smiling character to “the monster that killed my uncle.”

This year, McDonald’s announced it would be removing plastic toys from Happy Meals in the UK. 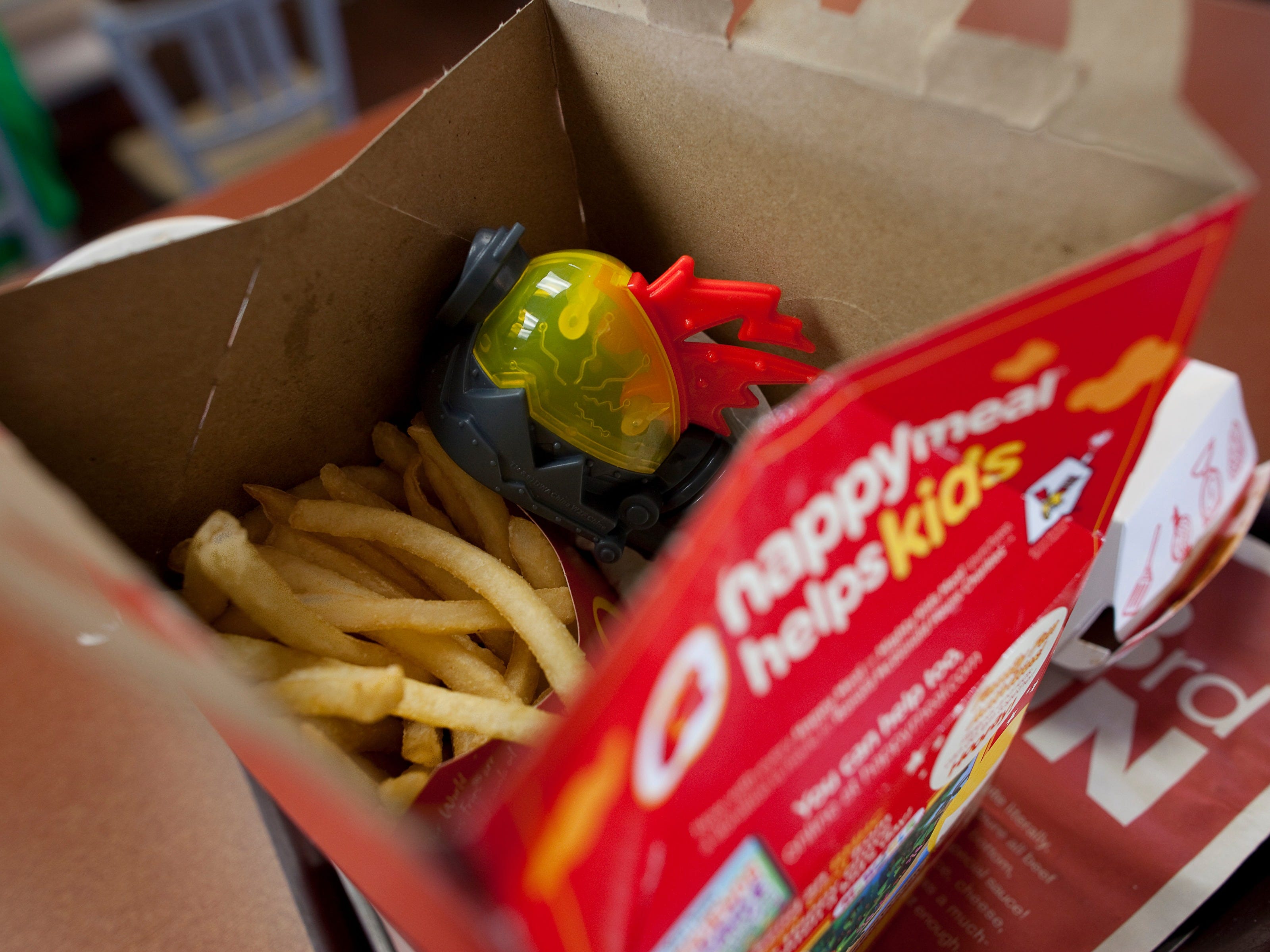 According to an article by the Independent, McDonald’s pledged in March that it would be removing hard, plastic toys from Happy Meals in the UK after two schoolgirls started a petition to have them taken out.

The decision, which others are calling for in the US as well, came as a response to climate change and an effort to protect the environment.

“We care passionately about the environment and are committed to reducing plastic across our business including within our Happy Meal,” Gareth Helm, senior vice president and chief marketing officer of McDonald’s UK and Ireland, said in a press release.

The change will go into effect in 2021 and the plastic toys will be replaced by a soft toy, a paper-based toy, or a small book.