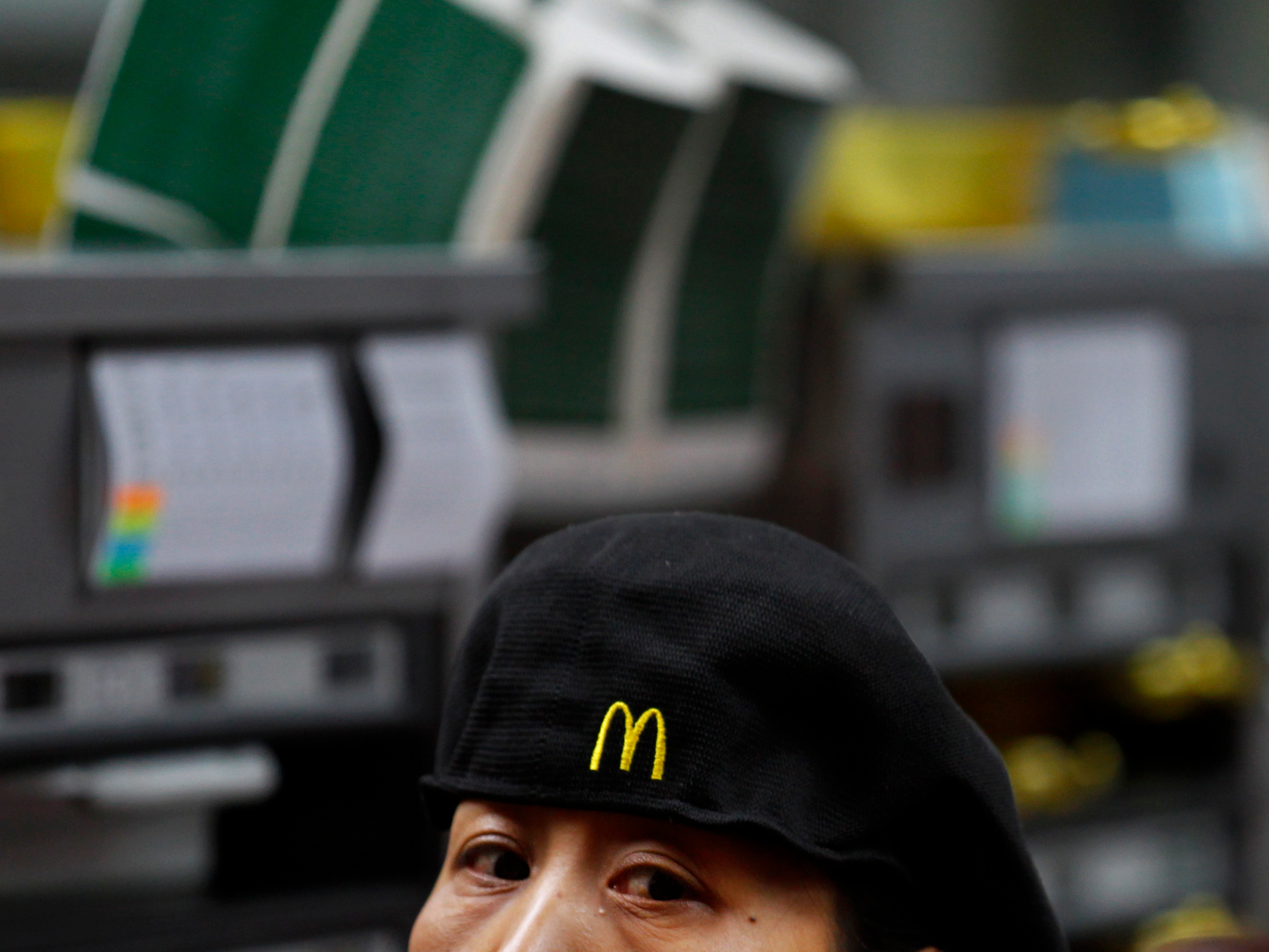 As the coronavirus outbreak spreads, fast-food giants like McDonald’s, Burger King, and Dunkin’ are under pressure to give workers paid sick leave, raise wages, and provide other benefits.

However, some critics may not realise that fast-food franchises’ business structure means that if all employees are to get equal treatment, thousands of smaller franchisees must independently agree to support workers.

McDonald’s paid sick leave policy is a prime example of how the franchise system can mean that workers who appear to work for the same company can receive different benefits.

“Corporate greed is a threat to our public health,” Sen. Bernie Sanders tweeted on Sunday. “To McDonald’s and other massive corporations: Stop hoarding wealth for your executives and putting lives in danger.”

Corporate greed is a threat to our public health.

To McDonald's and other massive corporations: Stop hoarding wealth for your executives and putting lives in danger.

I have the same question. For @McDonalds, @Walmart, and @Amazon. https://t.co/kutTFsbi42 https://t.co/8w2cCwkSxh

However, McDonald’s actually does offer paid sick leave to workers. Employees can earn up to five days of paid time off a year. McDonald’s also adjusted its sick-leave policy to provide 14 days of protected leave for employees at company-owned restaurants following exposure to or a diagnosis of COVID-19.

The reason why more than half a million McDonald’s workers did not have paid sick leave is because roughly 95% of the fast-food giant’s locations are owned and operated by independent franchisees. Franchisees act as independent business owners on issues related to workers’ benefits, hiring, firing, and pay.

McDonald’s own sick leave policy did not impact these franchisees. However, the passage of the Families First Coronavirus Response Act forced many franchisees to change their policies, as the bill requires companies with between 50 and 500 workers to provide paid sick leave.

Franchisees retain independence in a pandemic 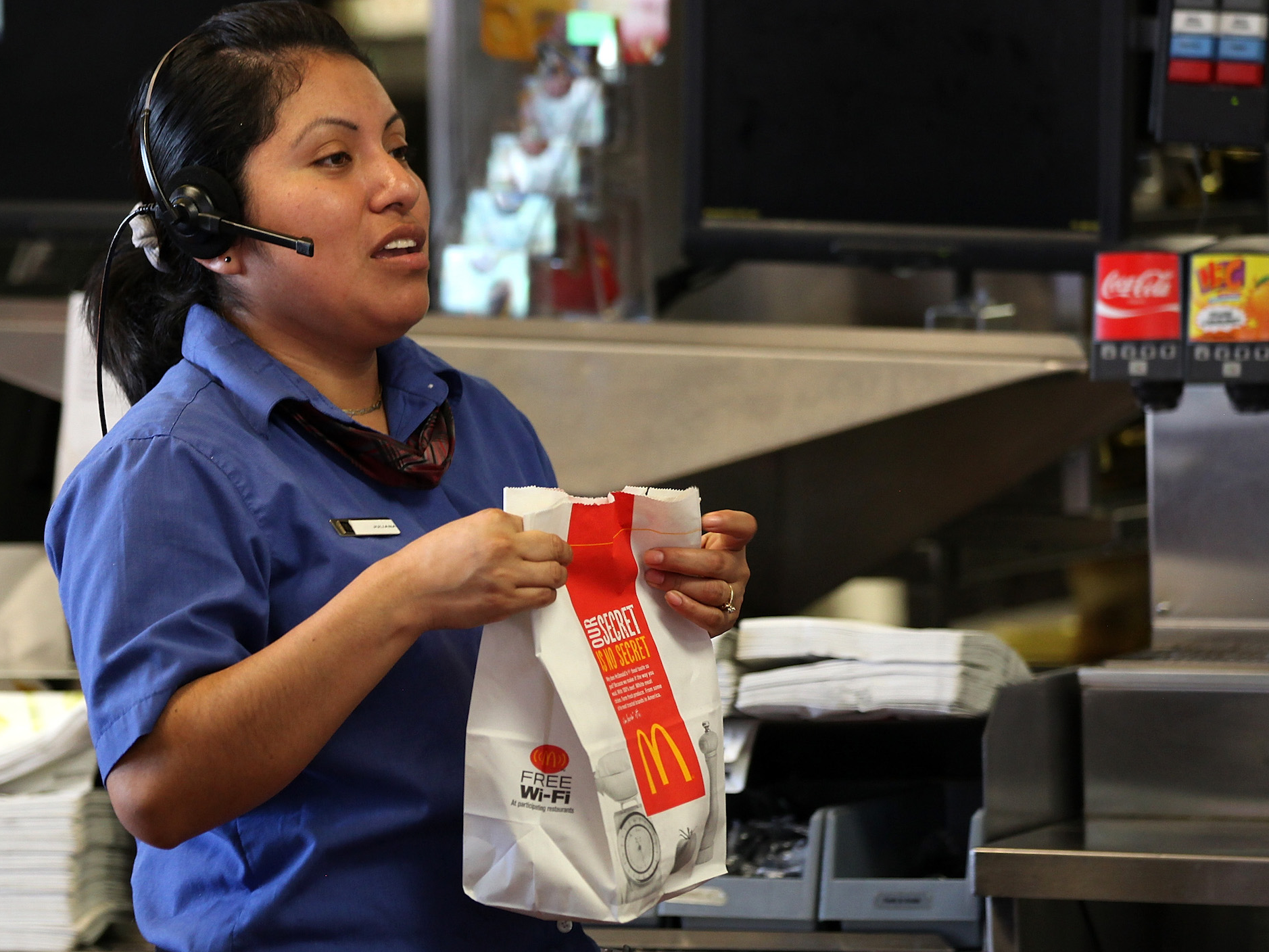 Franchisees’ independence on worker-related issues has continued during the coronavirus outbreak. In an internal FAQ document obtained by Business Insider last week, McDonald’s separated answers to employee-related questions between those aimed at owner-operators (or franchisees) and “McOpCo,” meaning McDonald’s company-operated stores.

For example, the answer to the question: “What if an employee has been diagnosed with COVID-19, or public health officials or their restaurant are requiring them to stay out of the restaurant and/or self-quarantine for 14 days because of potential COVID-19 exposure?”

A: [OWNER/OPERATOR] Please talk with your owner/operator about any benefits that may be available.

[MCOPCO] For all restaurant employees with a high temperature or who are displaying other common symptoms of COVID-19 (coughing, fever, shortness of breath), the employees should go home and utilise current paid and/or protected leave available to them under our policies and not work or return until they have been symptom-free for 24 hours and received clearance from their General Manager. As a reminder, any such leave will run concurrently with an employee’s leave entitlements under applicable law, potentially including FMLA leave or state/local sick leave.

In other words, franchisees have the independence to decide how to respond when employees are diagnosed with COVID-19. They can respond in the same way as McDonald’s corporate, or take more or less aggressive action.

Fast-food giants have lobbied to maintain and further franchisees’ independent responsibility in relation to workers in recent years.

In 2014, the National Labour Relations Board named McDonald’s as a “joint employer” in 43 cases, potentially holding the franchisor responsible for violations such as discriminatory practices and firing workers who attempted to unionize. Fast-food franchises and the franchise industry pushed back against a 2015 ruling that allowed franchisors to be considered joint employers even if they did not directly control franchisees.

In February, a new NLRB ruling scaled back the responsibility of franchisors like McDonald’s for labour-law violations by franchisees.

Despite franchisees’ independence on workers’ issues, the fast-food industry is working to protect owner-operators’ financial interests during the coronavirus outbreak.

While McDonald’s supported the paid sick leave bill, it lobbied against plans to use a tax credit to cover the cost of providing mandatory paid sick leave, which executives said could hurt franchisees’ finances. The company is also eliminating effective rent for March, forgoing base rent in April and May, and delaying scheduled ground breaks for new locations.

Fast-food workers rarely recieve the same benefits across a franchise 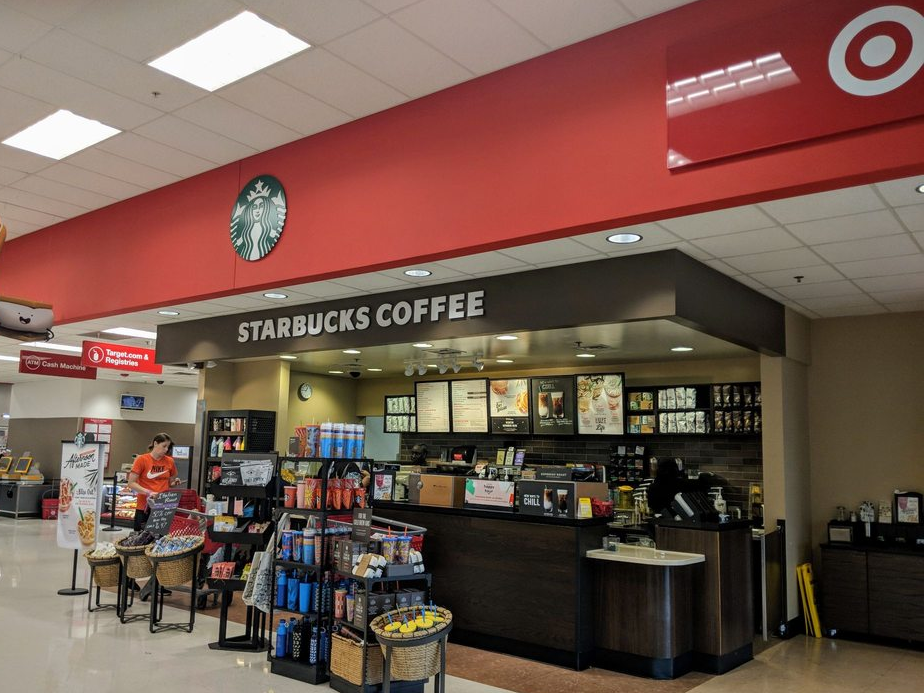 As fast-food giants do not want to be held responsible for labour-law violations in thousands of cases across the US, they are inclined not to enforce or offer any guidance on employment. From workers’ benefits to store closures, many of the most critical decisions are ultimately in franchisees’ hands during the coronavirus outbreak.

As a result, it makes sense that the most far-ranging action to update employees’ benefits has been taken by Starbucks, the largest non-franchised chain in the US.

On Friday, the coffee giant announced it would be switching to a drive-thru- and delivery-only model for the next two weeks. Starbucks workers at company-owned stores will be paid for the next 30 days whether they work or not, with those who show up to work earning an extra $US3 per hour.

Starbucks was able to roll out the pay boost across its more than 9,600 stores in the US and Canada because the company – not franchisees – own and operate these locations.

However, Starbucks does allow businesses to licence its brand, with more than 8,000 licensed Starbucks locations in areas such as grocery stores and travel centres across the US. Workers at licensed stores will not be paid if they don’t show up to work. For example, employees who work at Starbucks locations inside Target stores are being moved to other roles in stores.

Even as chains update their sick leave policies, decisions at the vast majority of chain restaurant locations are being more heavily impacted by individual franchisees’ decisions and local legislation.