Like creatures of the sea, the varieties of fast-food burgers are many-splendored and manifold.

However, in a world inundated with more species of burgers than one human could ever feasibly consume in their lifetime, there are five shining burger beacons: the cheeseburger from Five Guys, the Dave’s Single from Wendy’s, the ShackBurger from Shake Shack, the Big Mac from McDonald’s, and the Whopper from Burger King.

These are some of America’s most popular and iconic burgers.

After the Great French Fry Showdown of 2019, the battlefield – and by the battlefield, I mean my stomach – was hungry for more. I decided to compare these burgers in another test that was again as scientific, objective, and authoritative as possible.

When I ordered my battle burgers, I selected the default option for each burger whenever available. However, I added cheese to the Whopper because all the other burgers had cheese. For Five Guys, I chose the “All The Way” toppings option.

The burgers were judged by their visual appeal, taste, freshness, meat quality, and juiciness, which was evaluated with a squeeze test. The first three metrics were judged qualitatively. The squeeze test was pass/fail.

WENDY’S — DAVE’S SINGLE. Wendy’s prides itself on its fresh, never-frozen beef patties. Where’s the beef? In the Dave’s Single, supposedly. I paid $US5.98 with tax for the burger at our local NYC outpost. 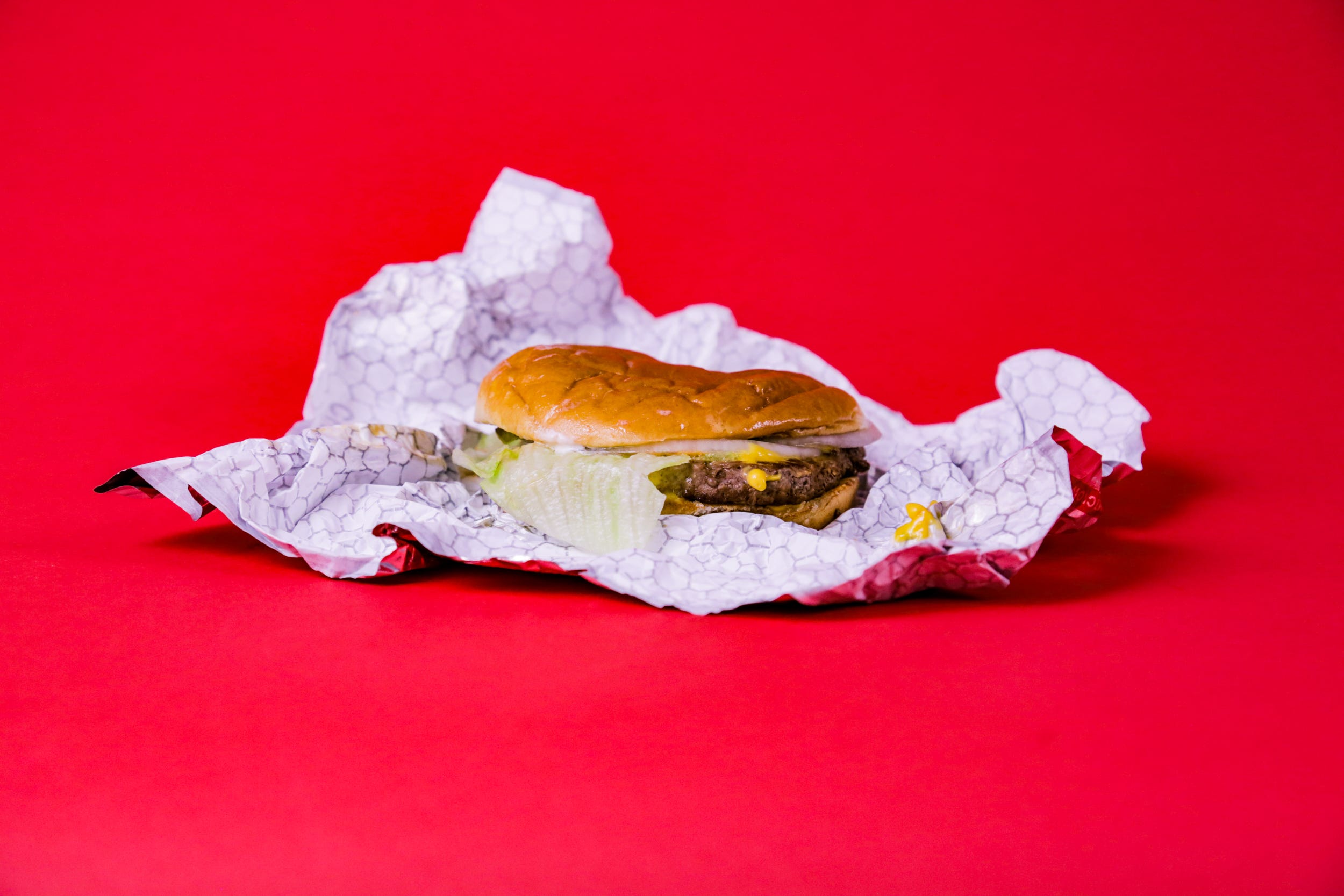 VISUAL APPEAL: The most appealing elements of the burger were the roundness of the onions and the shininess of the bun, but the burger was just kind of flat overall. There was no visible tomato, pickle, or ketchup, so the burger was fairly monochrome. However, the cheese was nicely melted onto the patty. 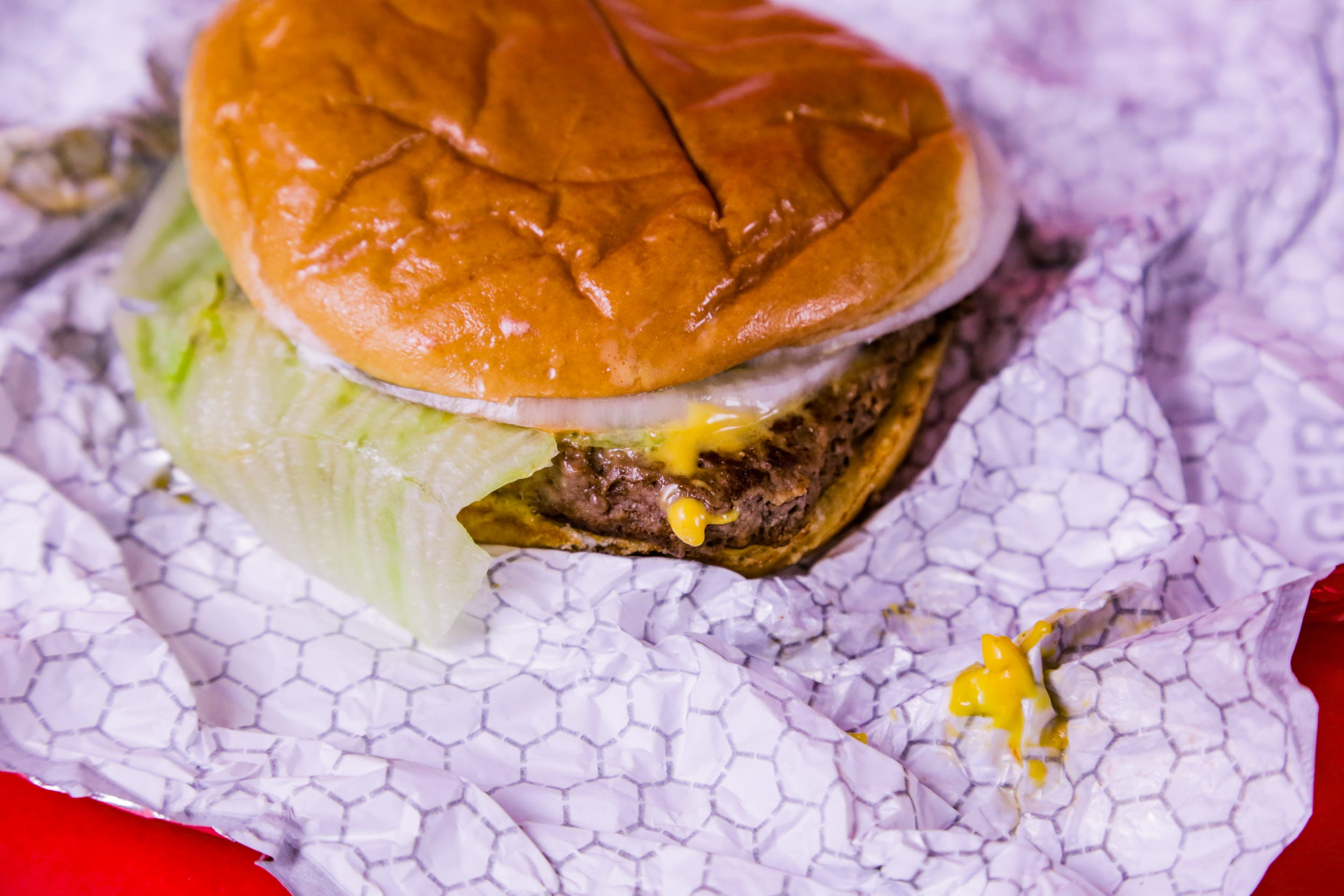 MEAT: It tasted a little dry and a little old. It was lean and had a gritty texture. Although unmistakably made from real beef, the quality of it was questionable. Despite the chain’s slogan of “fresh, never frozen,” the beef didn’t taste very fresh. 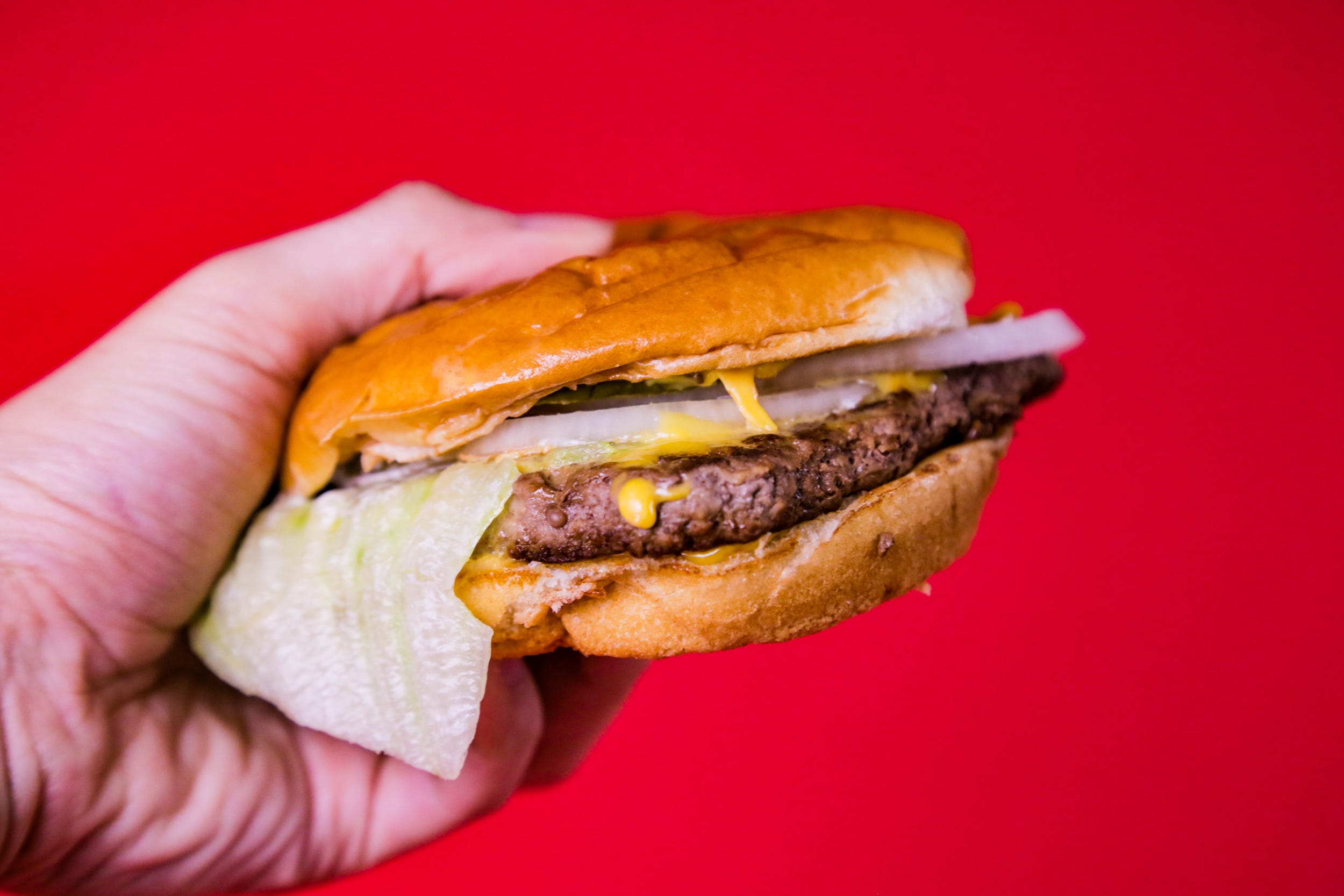 TASTE AND FRESHNESS: The pungent and flavorful cheese stood out, as did the crunchy rounds of onion. The pickles and tomatoes didn’t contribute much to the taste. Overall, the flavour profile was gentle and inoffensive, with most of the flavour coming from the cheese and onions for a moist and pleasant bite. 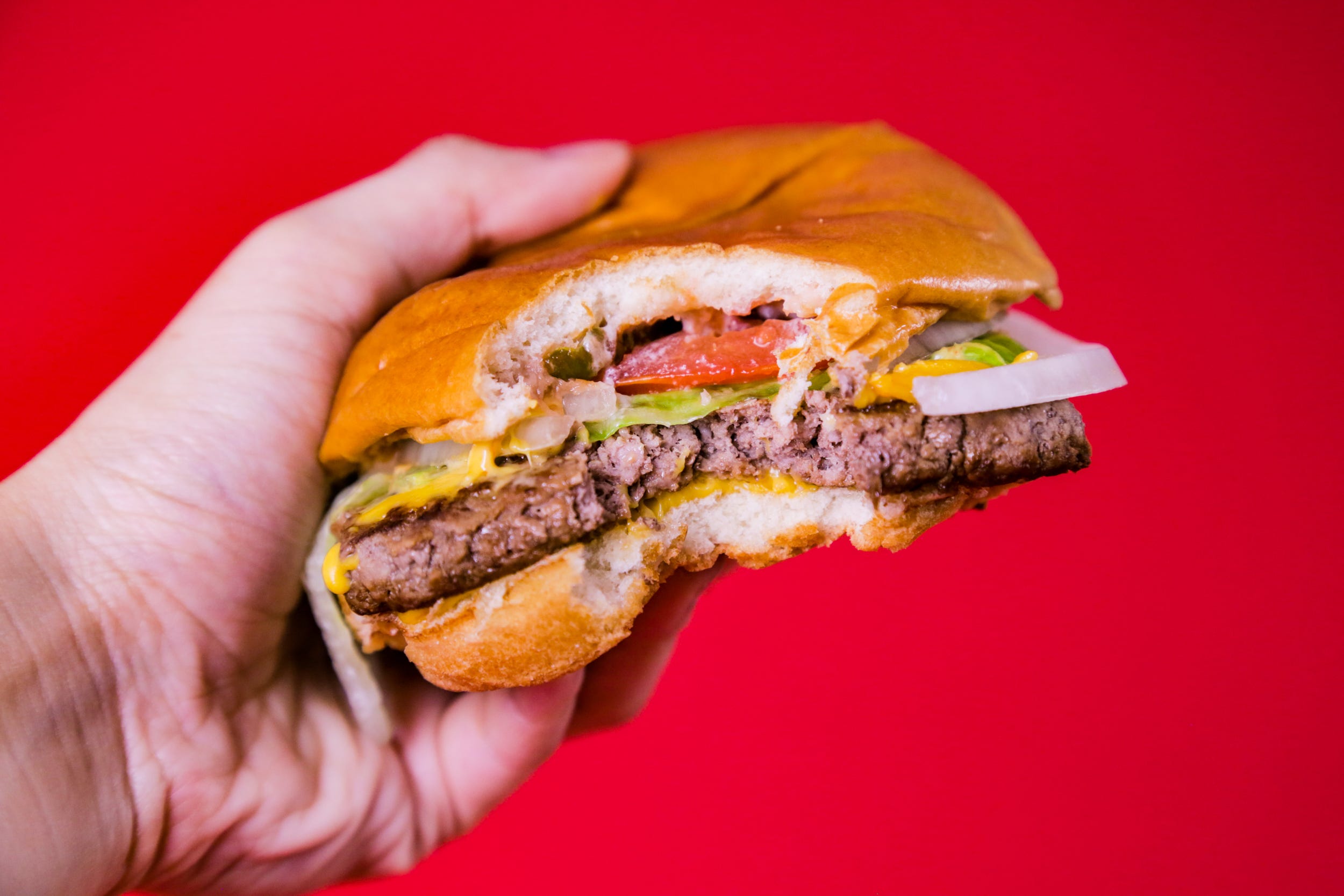 SQUEEZE TEST: The squeeze test revealed that most of the burger’s moisture came from its sauce and tomato slices. The meat didn’t ooze at all. FAIL. 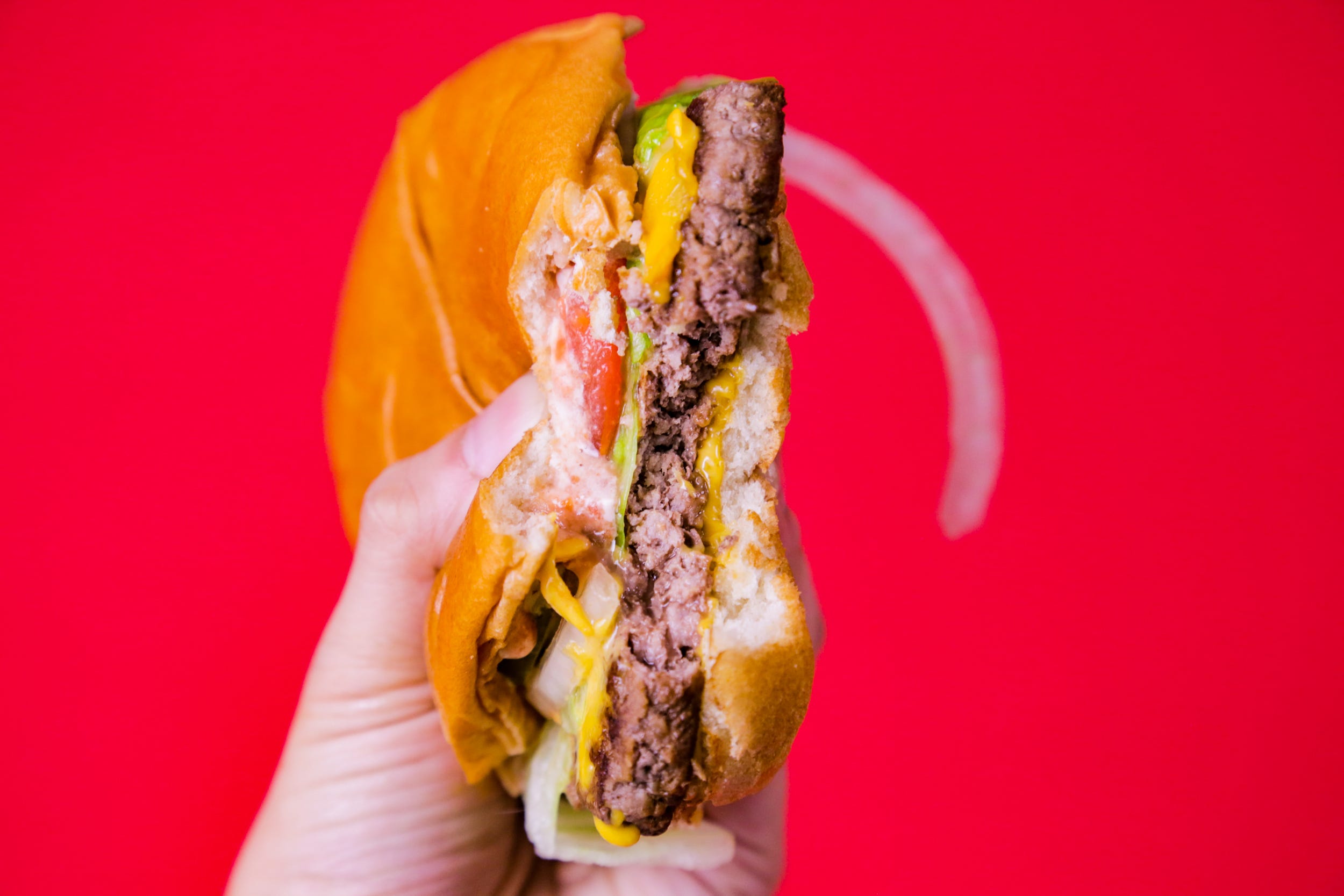 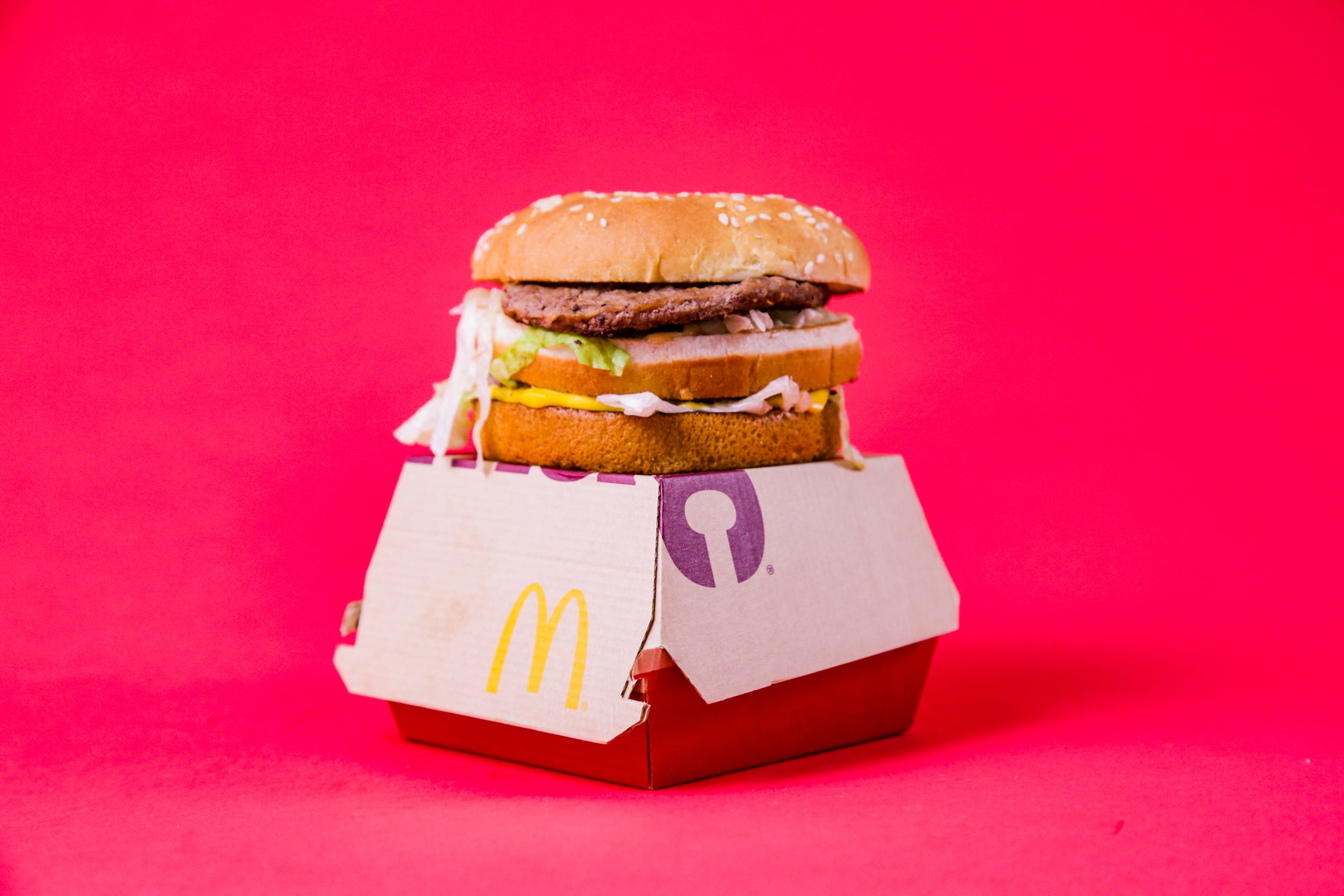 VISUAL APPEAL: The Big Mac’s bun is perfectly smooth and perfectly round. Otherwise, it’s a tall, dry, and beige tower. 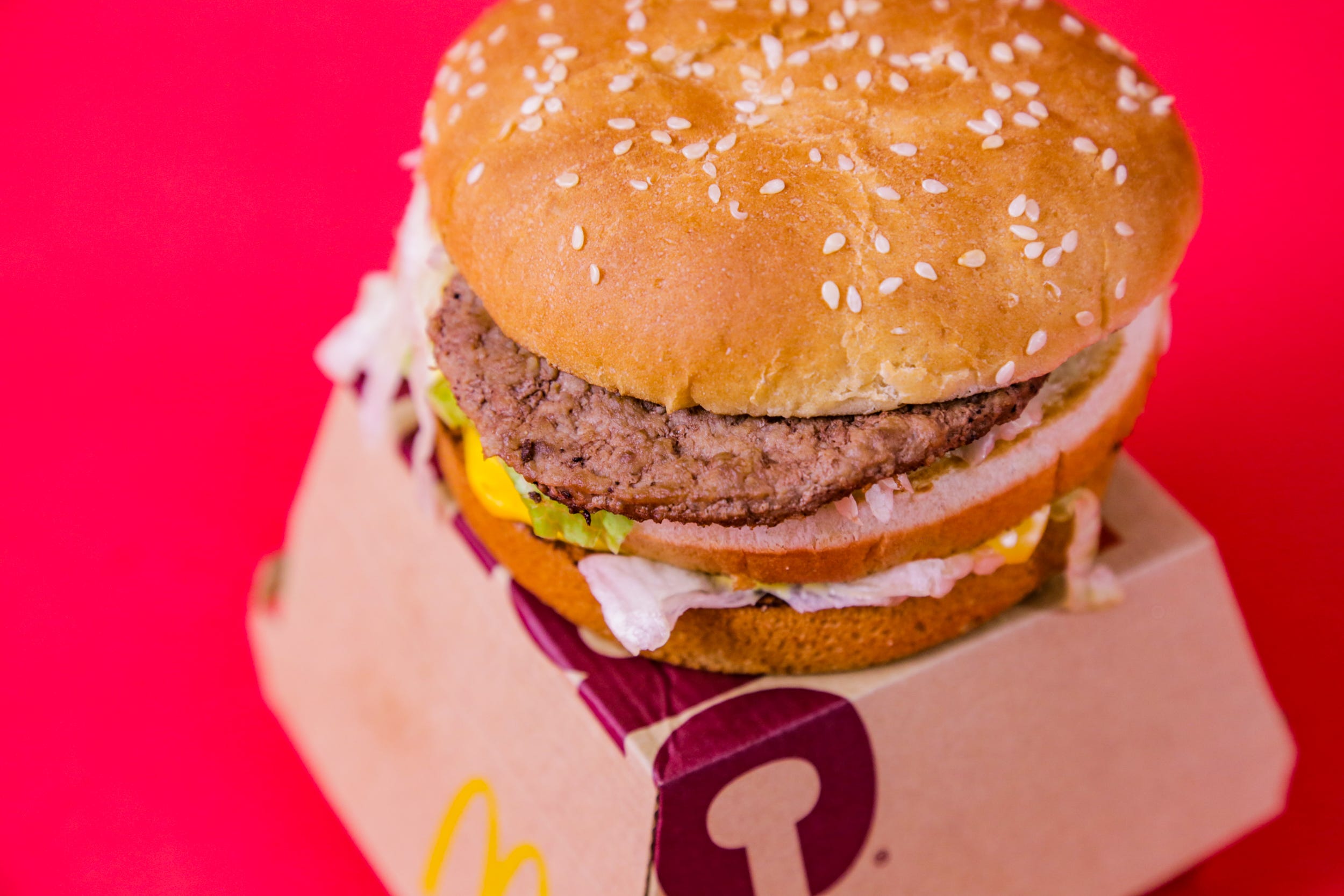 MEAT: The meat wasn’t juicy, but it bit back. It tasted mostly like char and didn’t have that umami depth that one craves from beef. It actually tasted more like chicken than beef, although there were definitely some faintly beefy undertones. 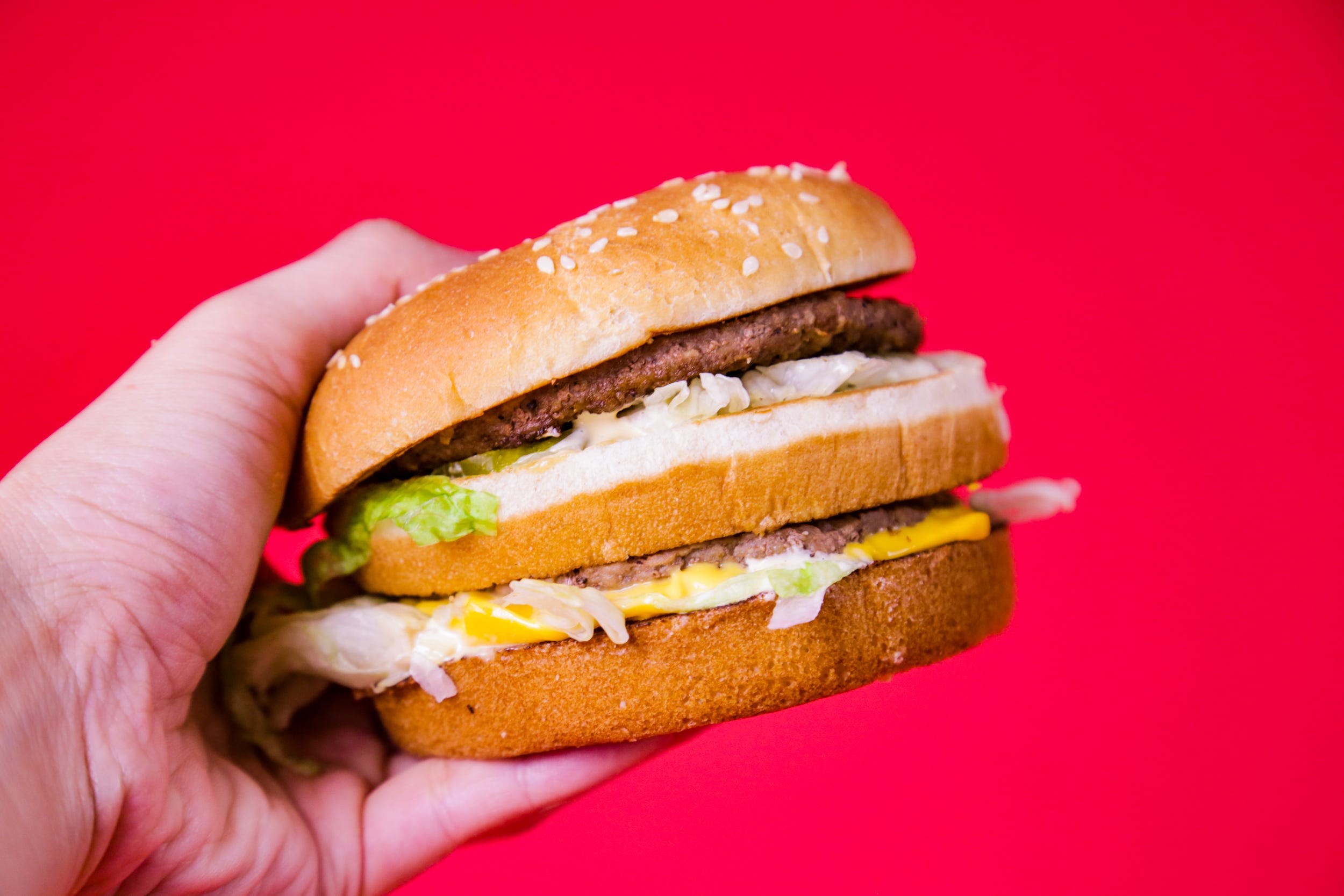 TASTE AND FRESHNESS: Very, very sweet. Probably because of the three sugar-loaded buns. The meat didn’t pack much of a flavour punch. In fact, nothing really did, except for the special sauce. The special sauce was the flavour MVP of the Big Mac, while the rest of the burger was largely a vehicle for it — albeit a pretty successful one at that. 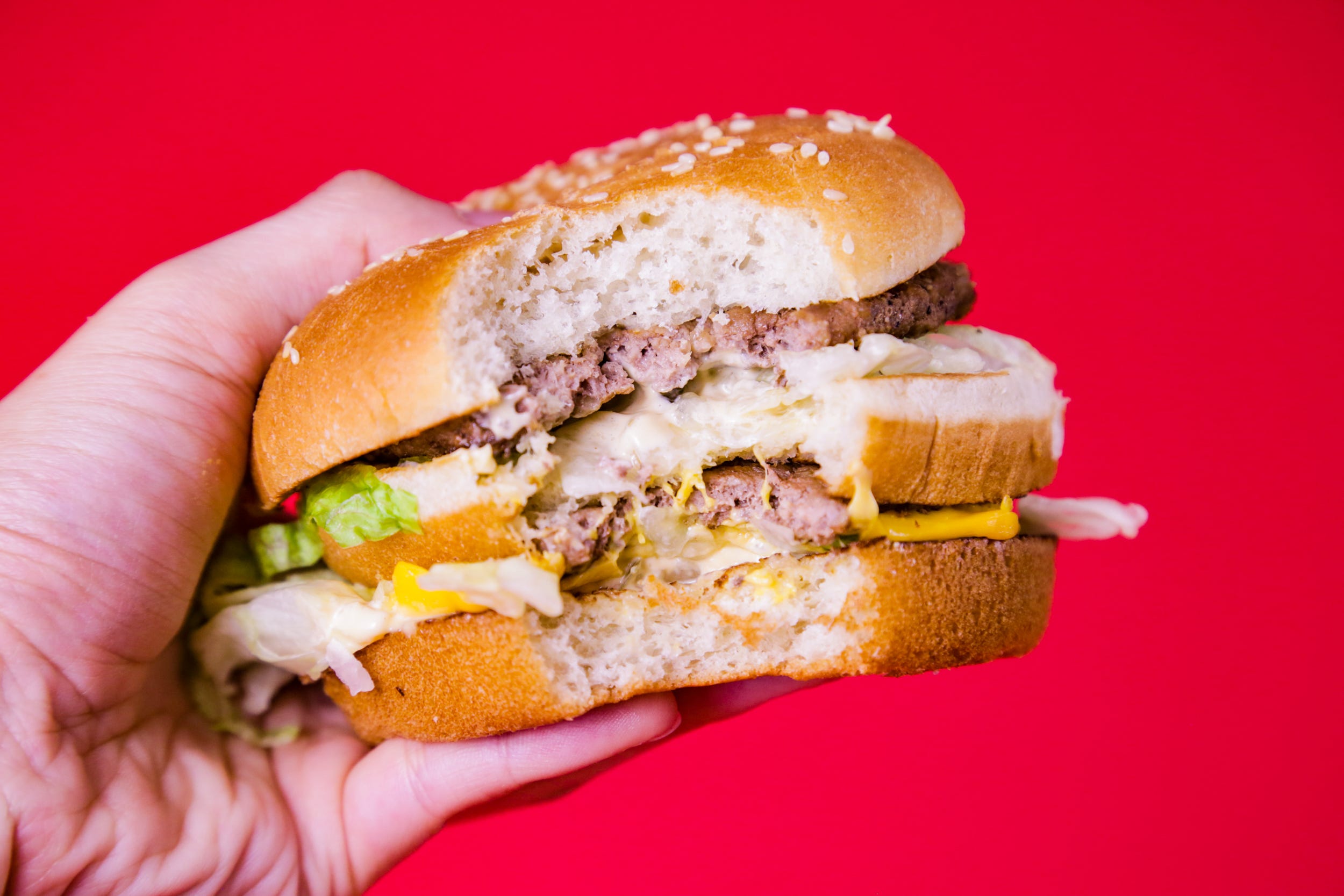 SQUEEZE TEST: The squeeze test confirmed that the meat was as dry as it looked. The Big Mac’s only moisture came from the sauce. FAIL. 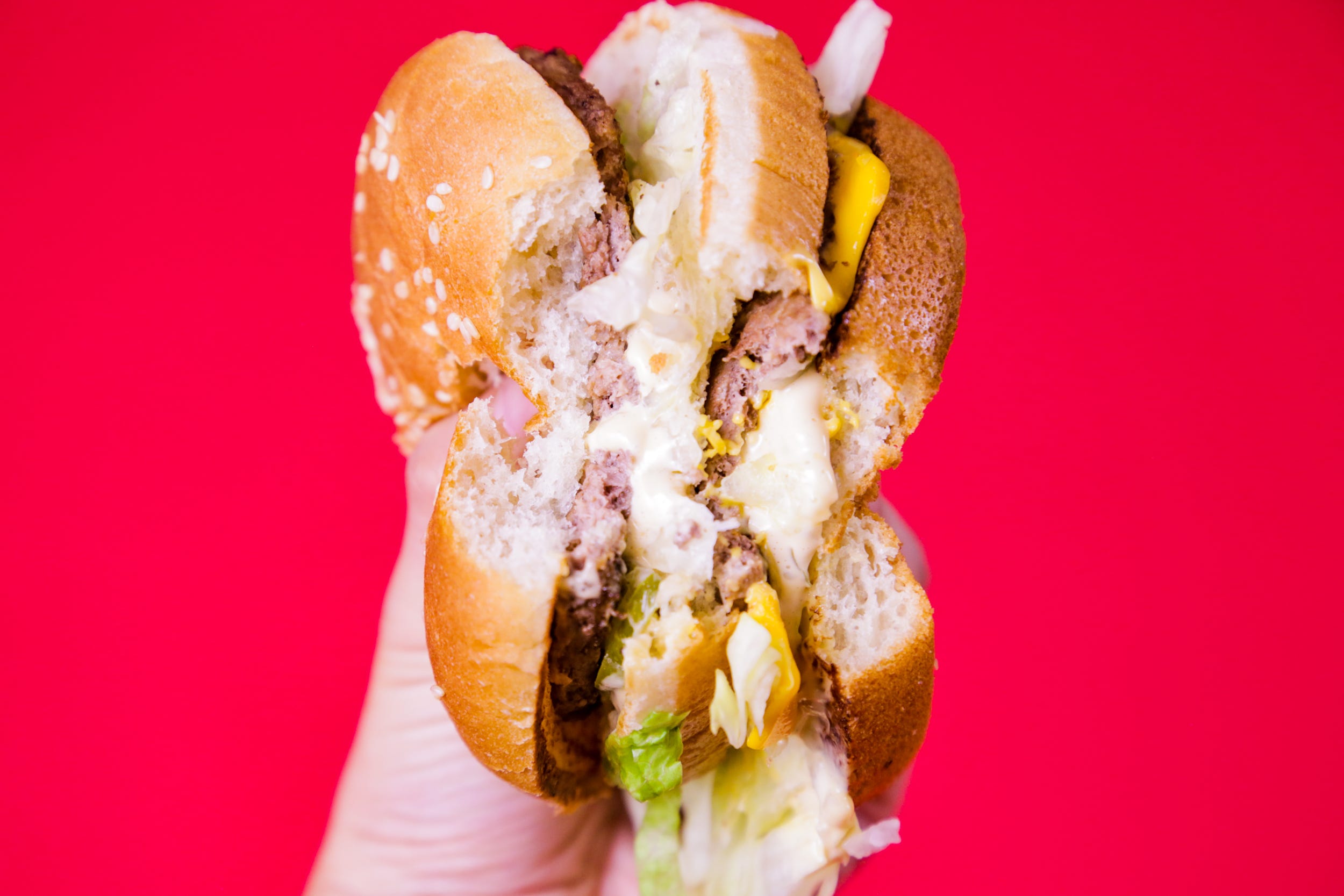 BURGER KING — WHOPPER WITH CHEESE. The Whopper is the burger that crowned the chain king — or, at least, second place in terms of fast-food-restaurant locations — of the kingdom of fast-food burgers. What is Burger King without its Whopper? I paid $US7.50 with tax in NYC to obtain mine. 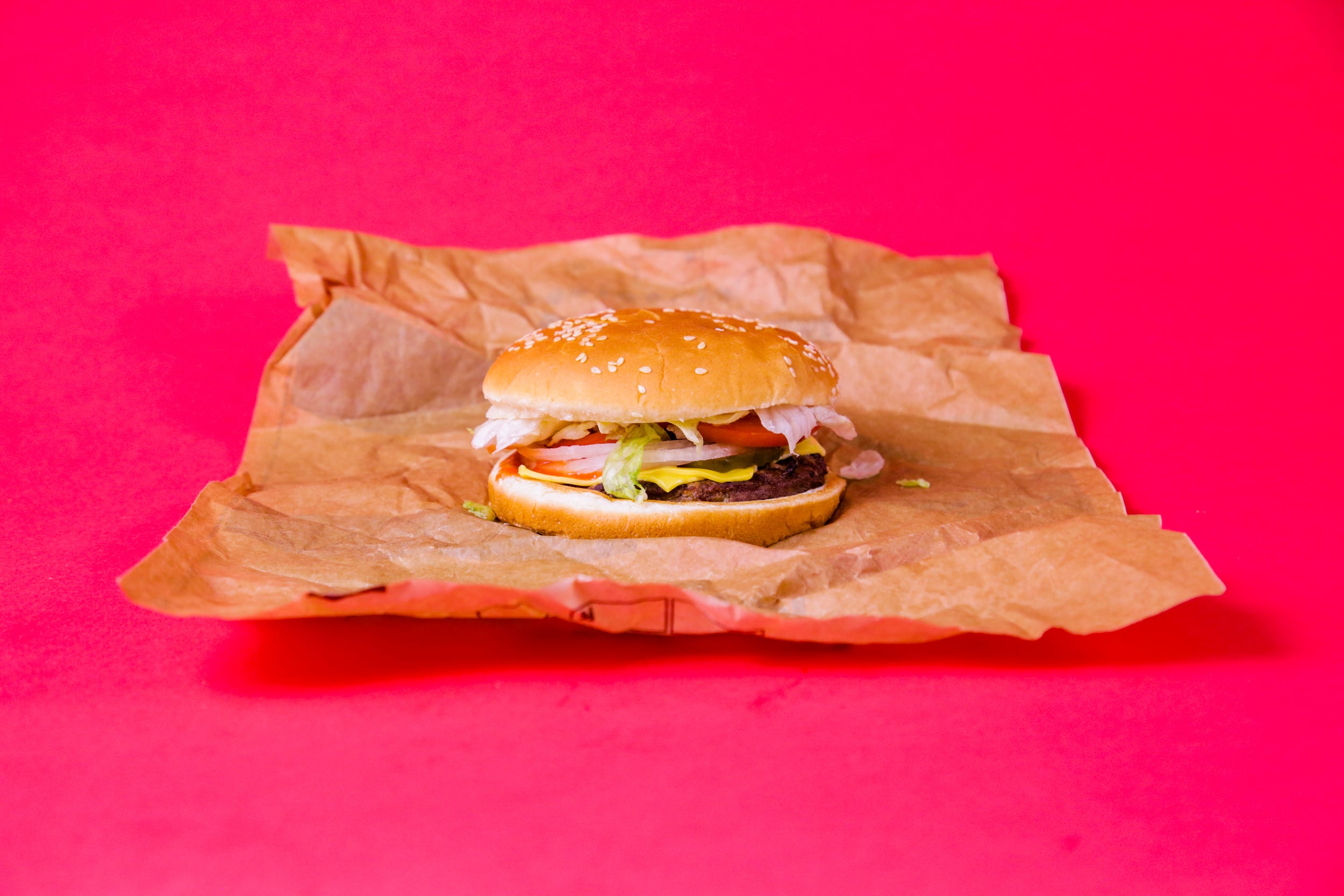 Read more: These are the biggest fast-food chains in America

VISUAL APPEAL: The Whopper lived up to its name. Heavy, wide, and fairly colourful, it looked every bit the classic fast-food cheeseburger. However, the lettuce was just a little too translucent, and the not-so-melted squares of American cheese were unsettlingly plastic. 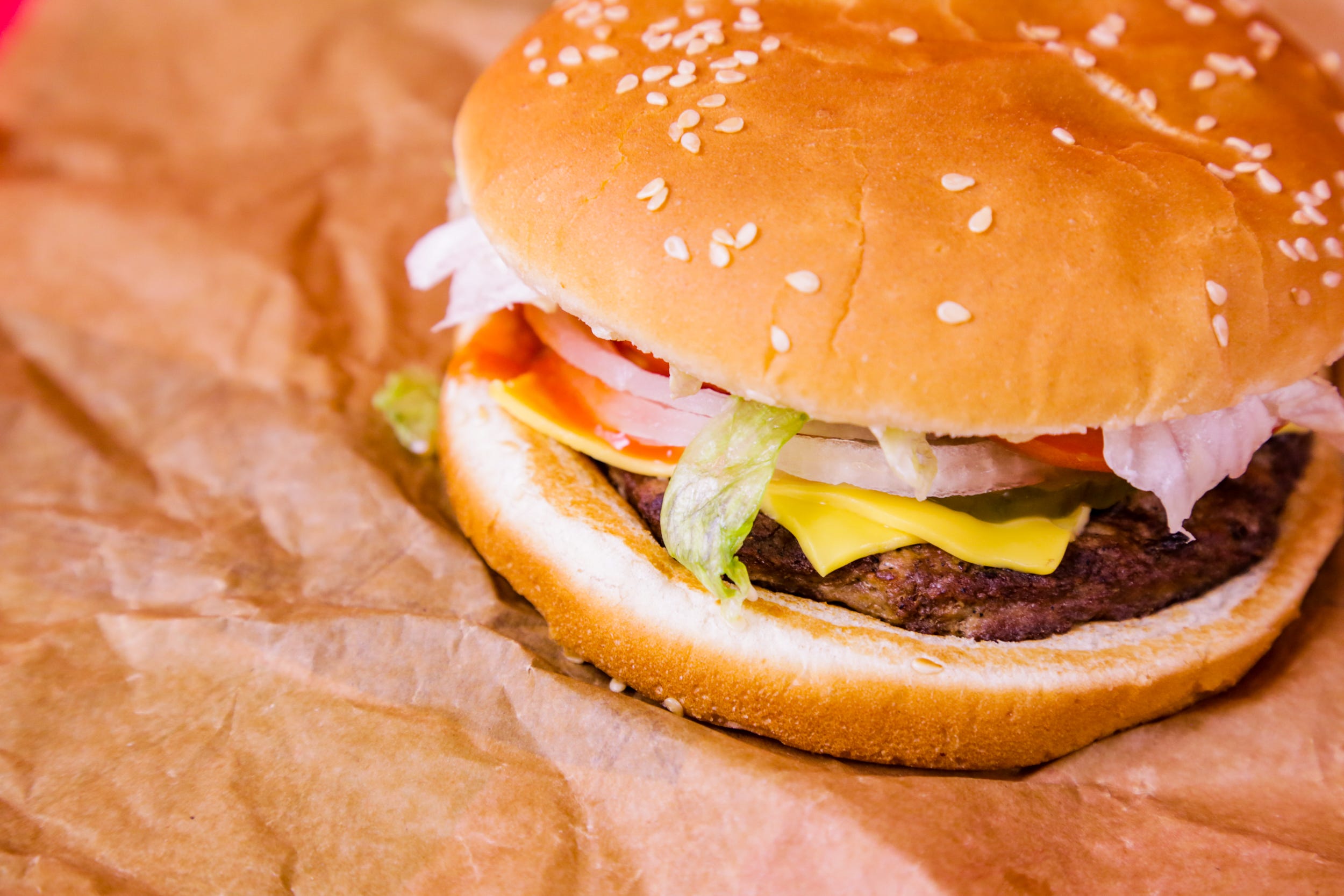 MEAT: Aside from a fishlike charcoal flavour, the meat was tough, dry, and flavourless. It was the blandest of the five, which was disappointing because of how much Burger King prides itself on flame-grilling its meat. 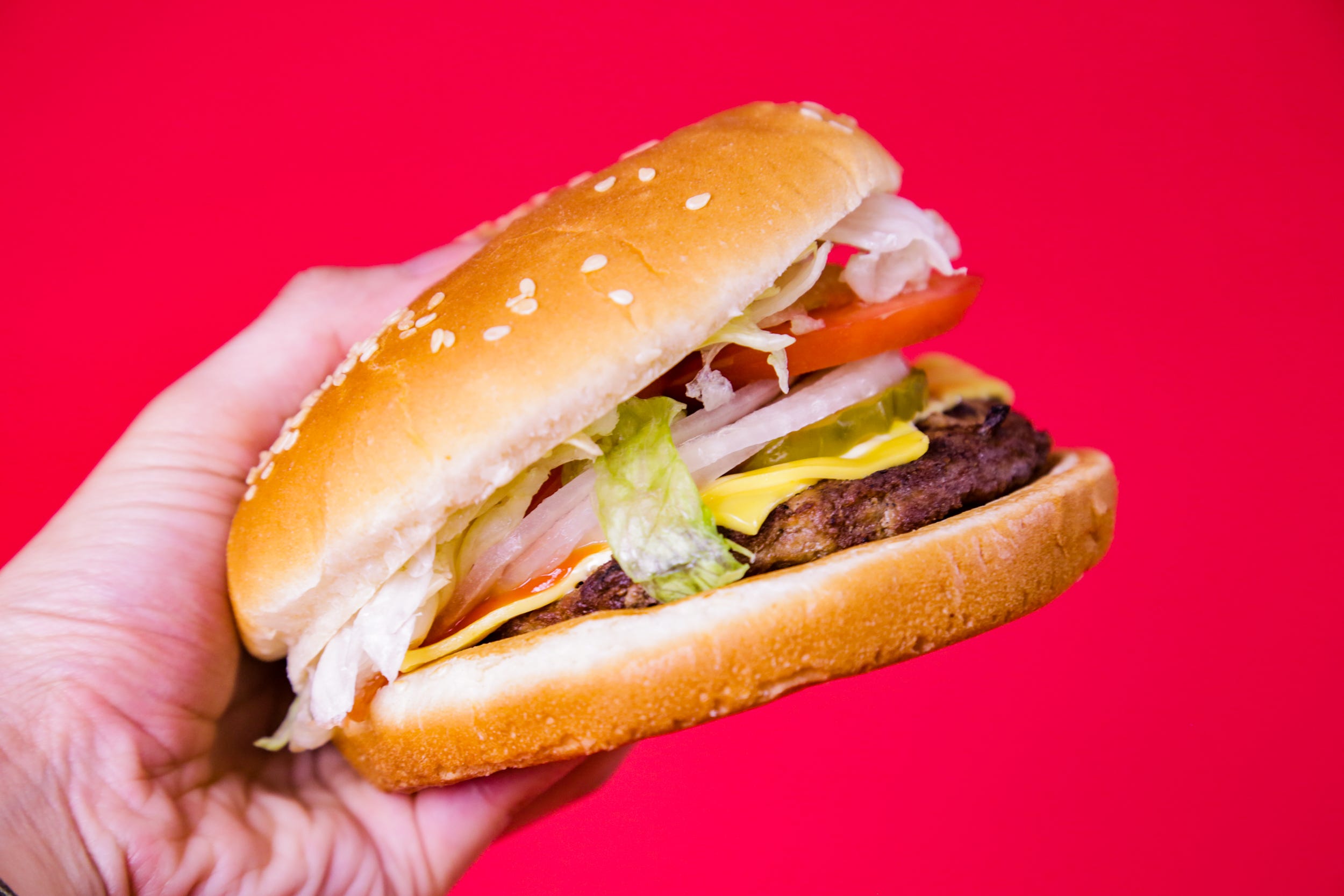 TASTE AND FRESHNESS: The toppings really stood out: spicy, crispy onions, a thick slab of tomato, crunchy and watery lettuce, and a hint of pickle. The meat and the cheese were supporting characters, which is slightly disappointing for a burger. There was a lot of bun. However, everything worked well together. You’ll need two hands to take a bite out of this one. 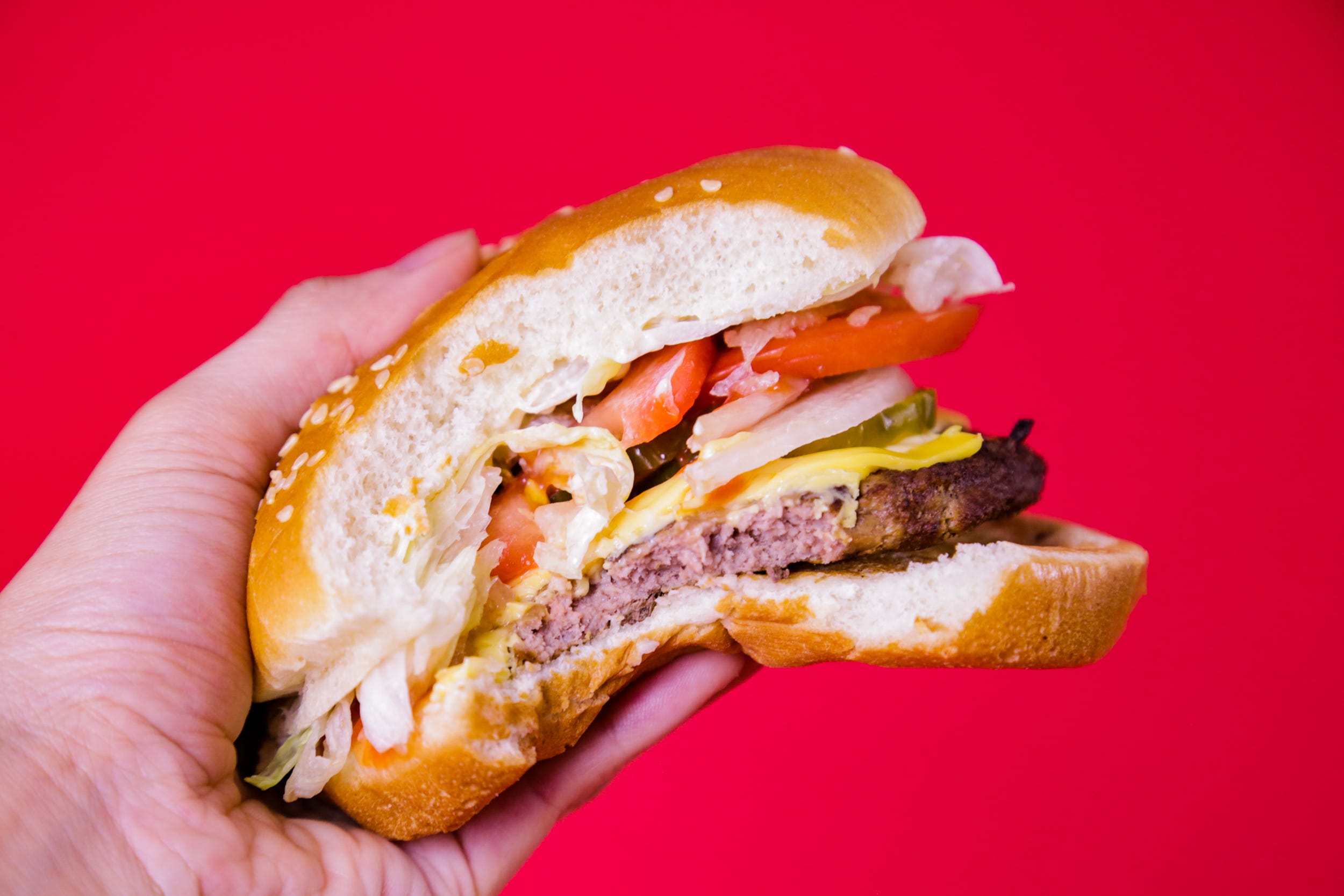 Irene Jiang / Business InsiderThe Whopper was loaded with toppings that did not disappoint.

SQUEEZE TEST: The only juice that came out of this burger was from the slice of tomato. FAIL. 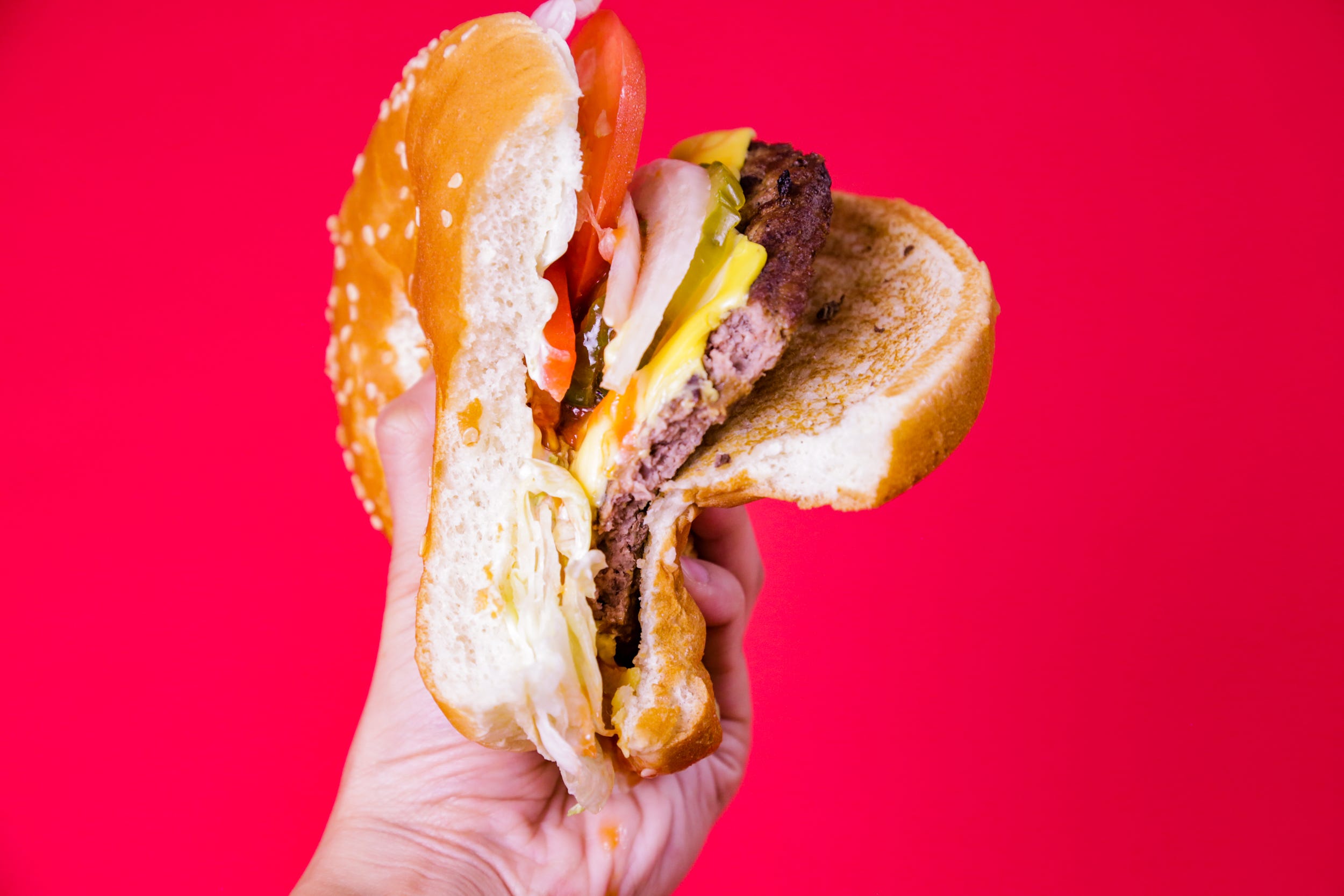 SHAKE SHACK — SHACKBURGER. In the name of transparency, I must disclose my personal bias: I love Shake Shack. And I’m not alone — when Shake Shack opened its first Seattle location, lines ran around the block for a month. I paid $US6.41 with tax in NYC to get my hands on it. 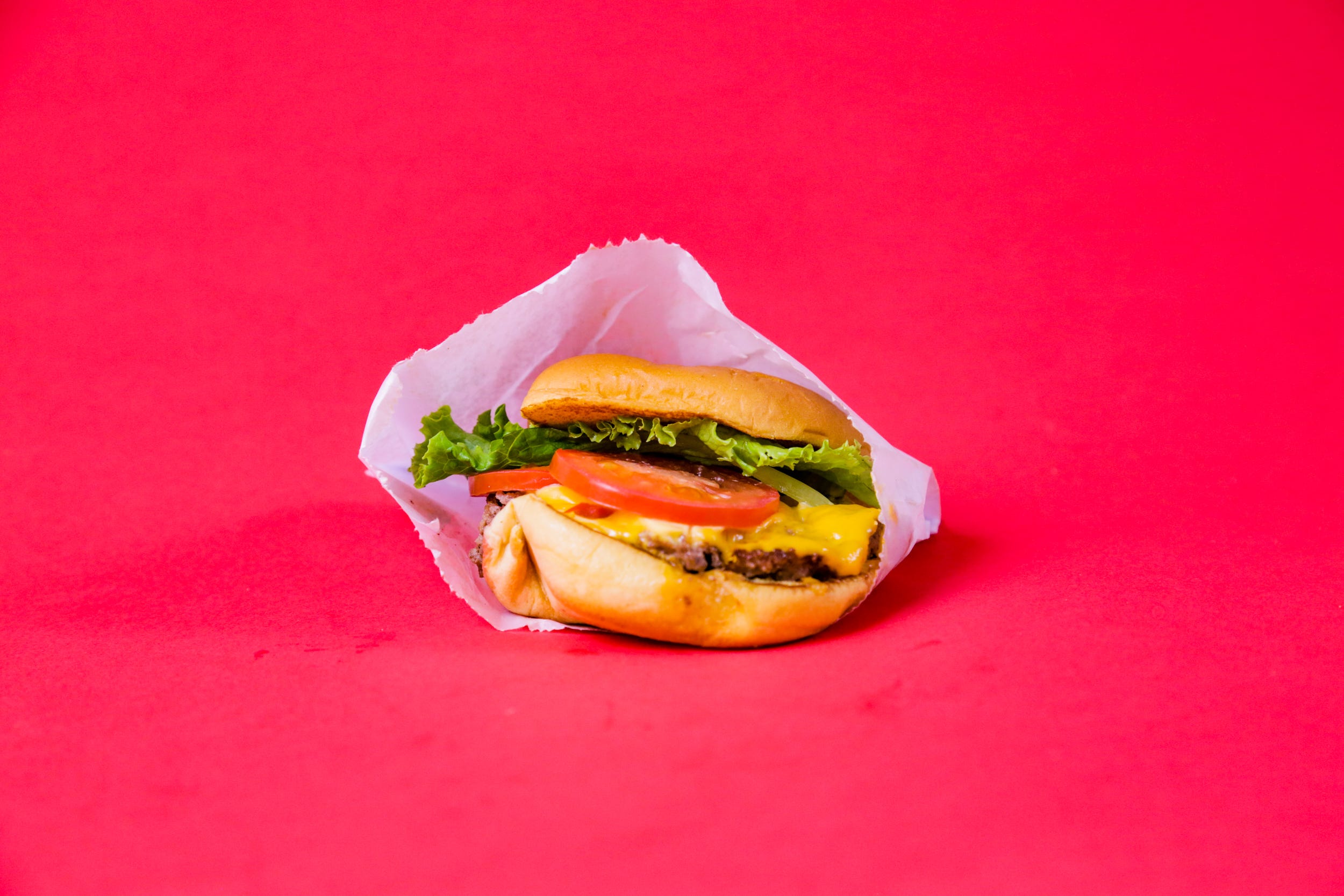 VISUAL APPEAL: What a colourful burger! It may have been a little messy, but the tomato was bright red, and the lettuce an equally effervescent green. There was a nice layer of yellow melted cheese on beautifully charred brown beef. The bun was a toasty golden brown. 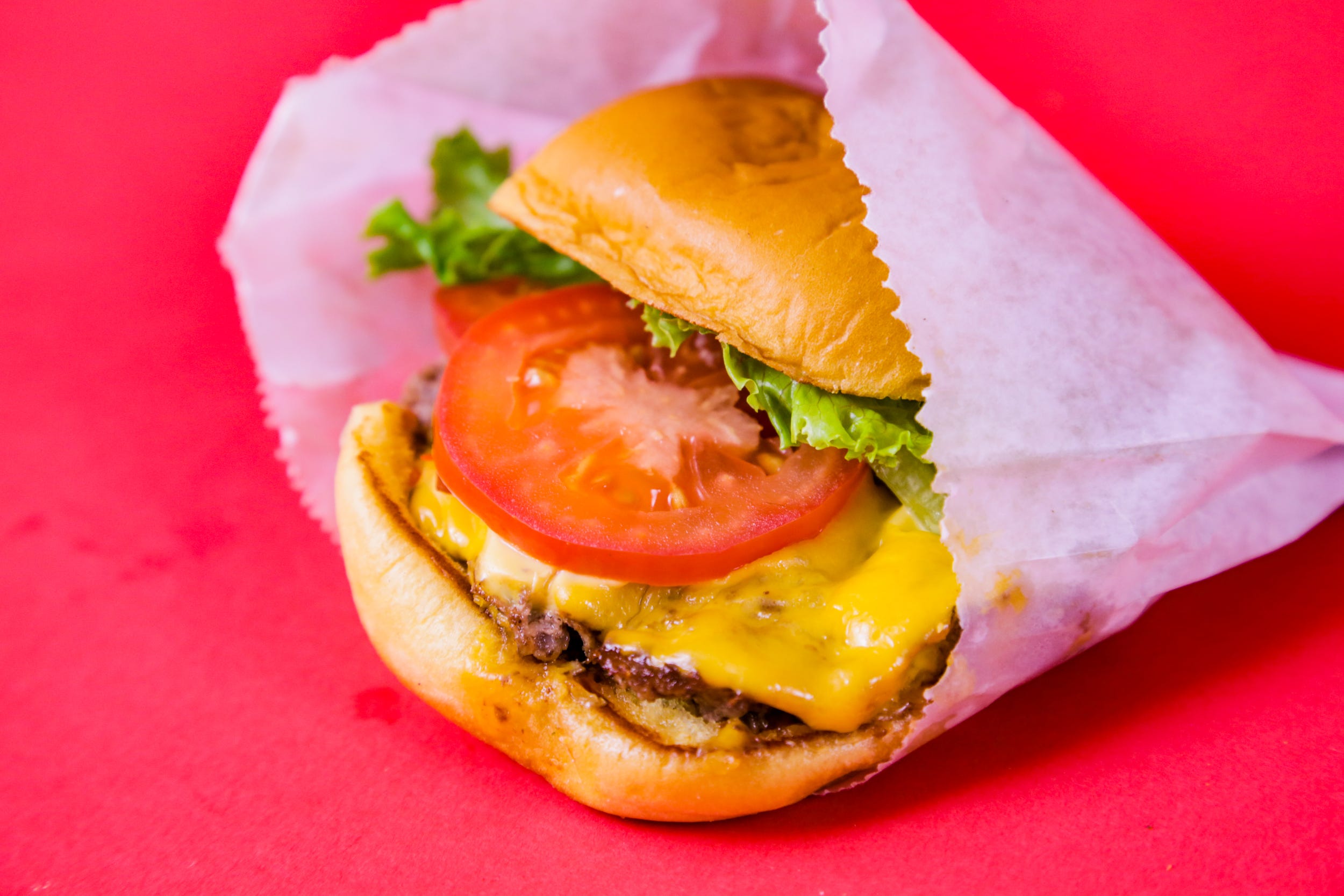 MEAT: This burger’s meat was the best of the bunch. Juicy, brown, fatty, and charred to perfection — the Maillard reaction definitely happened here. It was savoury and just salty enough. Of all the burgers, it was the only medium-rare patty. 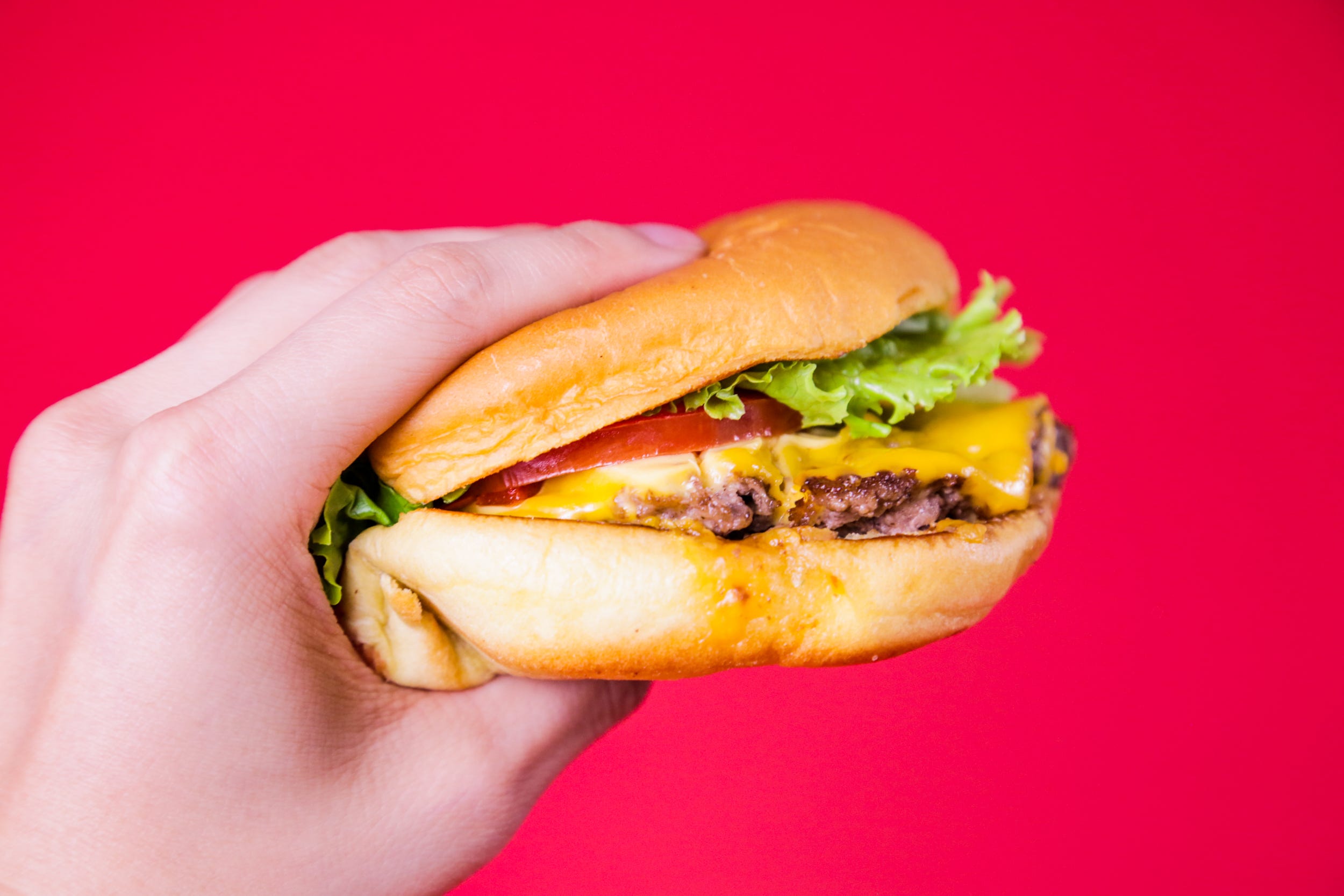 TASTE AND FRESHNESS: Shake Shack’s burgers don’t quite taste like a traditional burger. They’re set apart by a perfect patty, melty cheese, and Shack sauce. However, the toppings, while fresh, didn’t add much flavour aside from a slight tang from the ripe tomato and earthy bitterness from the lettuce. There was also no onion, which would have added a welcome kick. 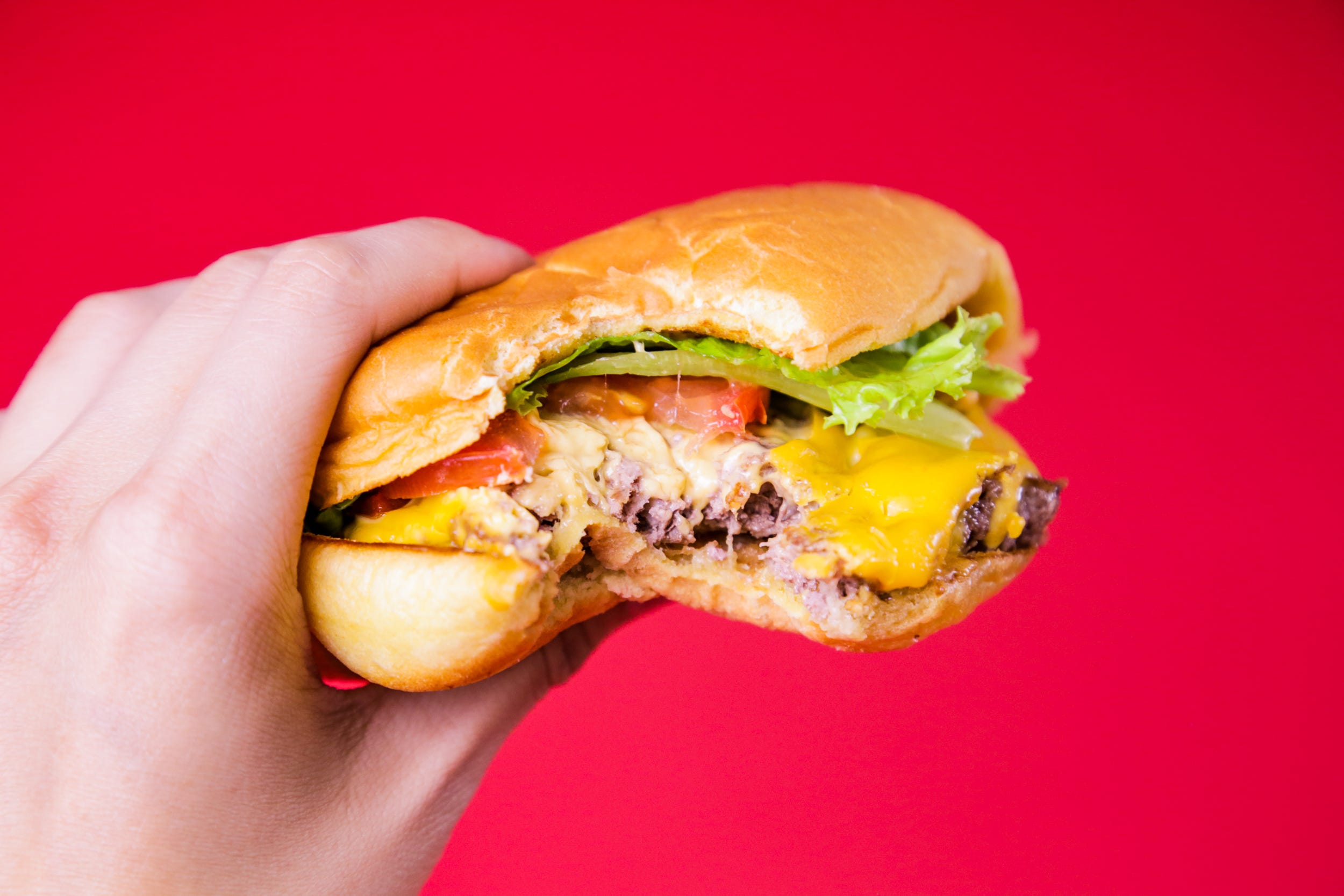 Irene Jiang / Business InsiderEverything worked, although it was missing onions.

SQUEEZE TEST: There was definitely some drippings from the meat. The beef was undeniably juicy. PASS. 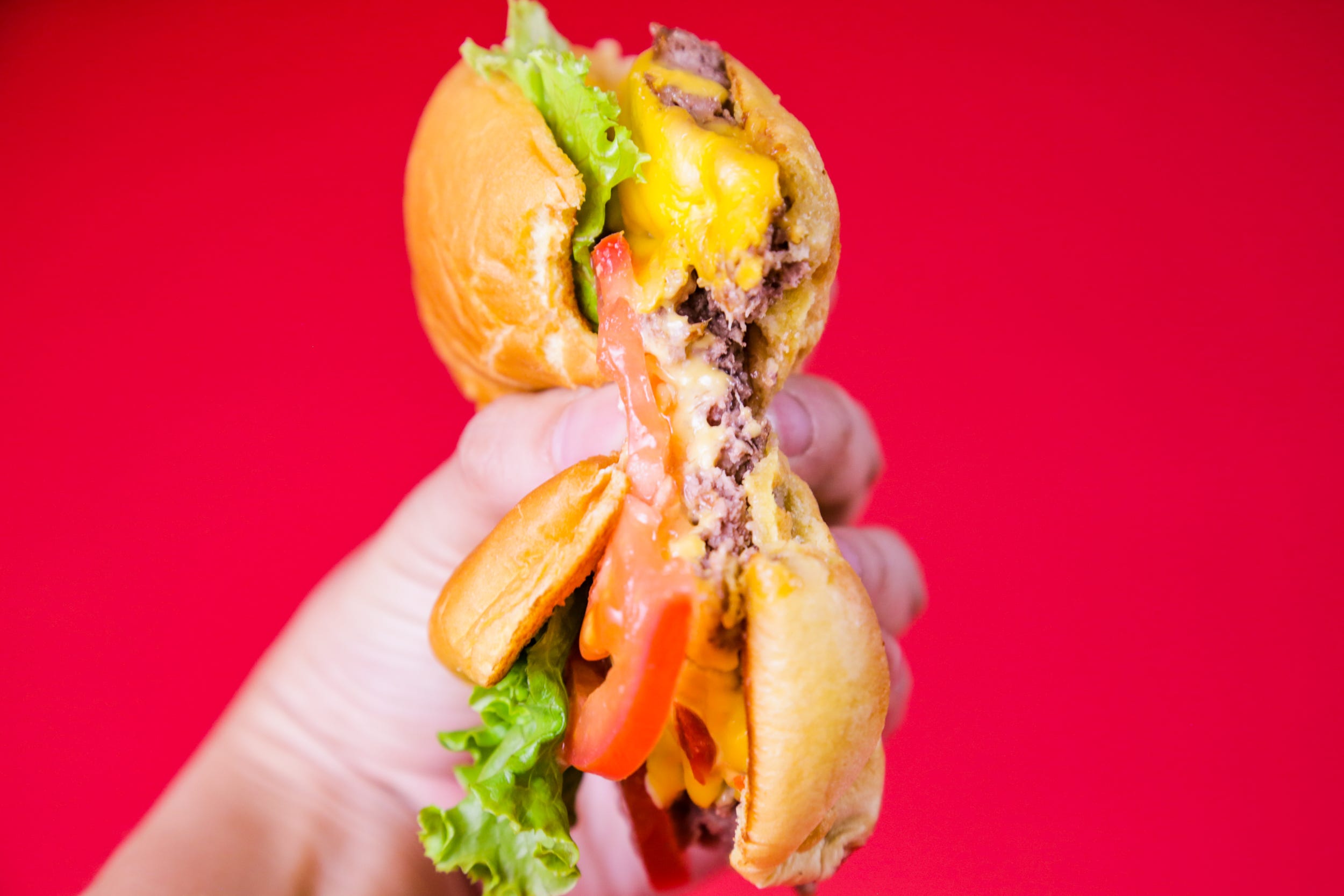 FIVE GUYS — CHEESEBURGER. America’s two-time best burger winner — according to Harris Poll’s survey of American consumers — Five Guys’ hefty hamburger has won many hearts across the country. Five Guys’ cheeseburger was by far the most expensive: it costs $US9.53 with tax to eat one in NYC. 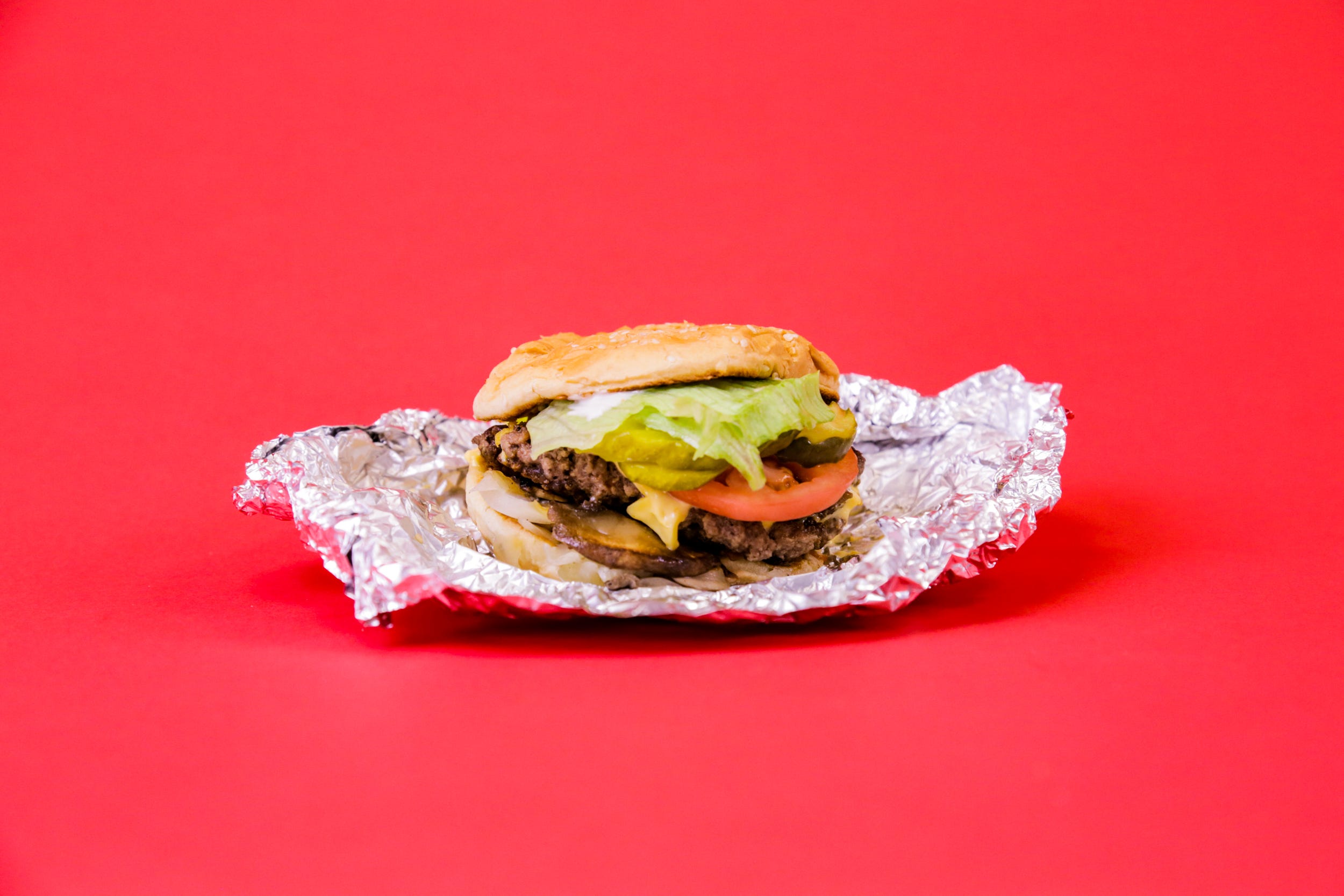 Read more: This East Coast Cult favourite just beat In-N-Out to be named America’s favourite burger chain for the second year in a row – here’s what it’s like.

VISUAL APPEAL: This burger was STACKED. The bun was a little squished, but it was packed full of meat, cheese, and thick-cut toppings. The meat was an appetizing brown, and both patties were slathered with melted cheese. All-in-all, a very good-looking burger, if a tad messy. 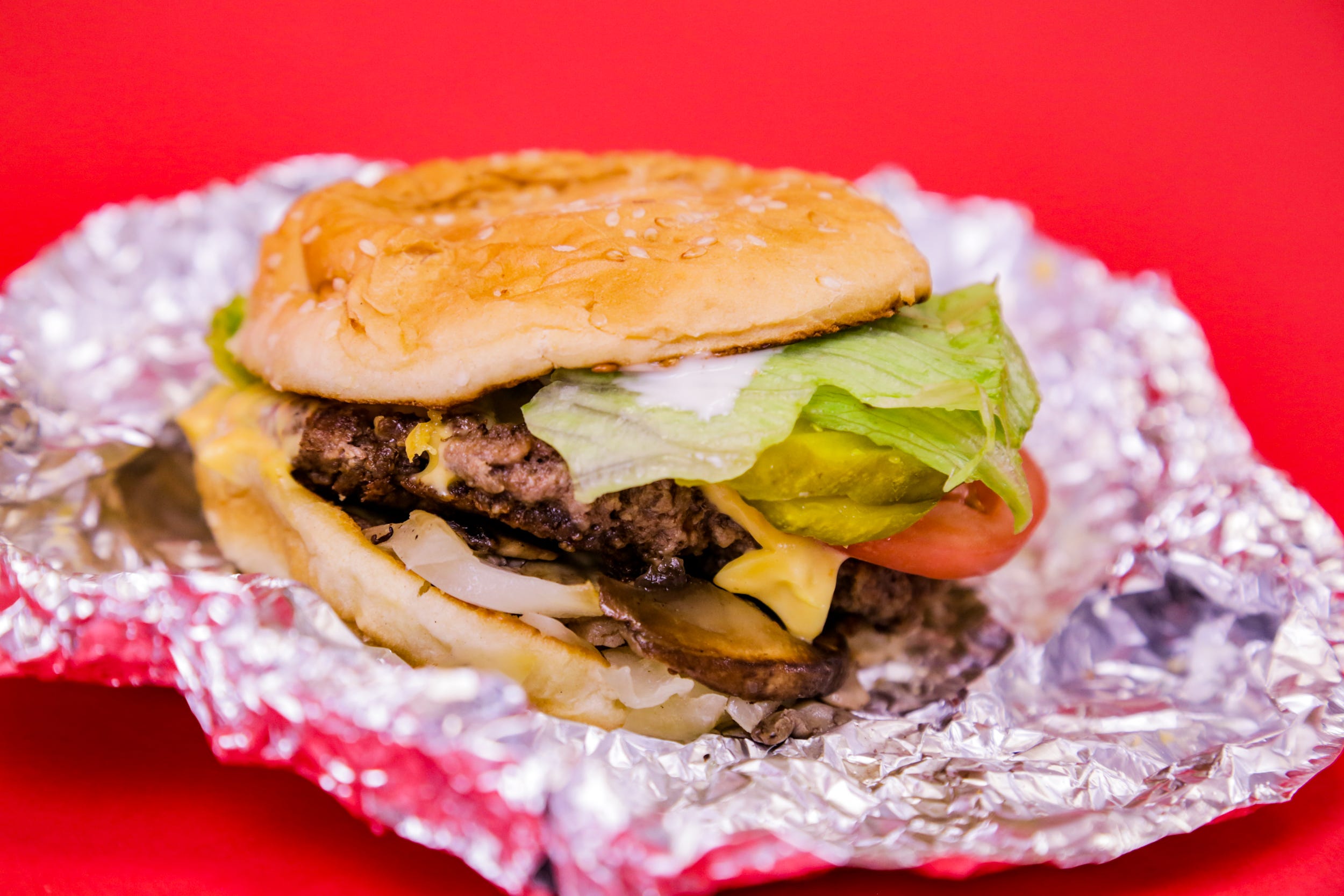 MEAT: The meat was juicy and brown with a slight char. It wasn’t very salty, but it had an excellent beefy flavour. It tasted fresh, fatty, and had a great back-bite. I do prefer my burgers medium-rare and this was well-done. 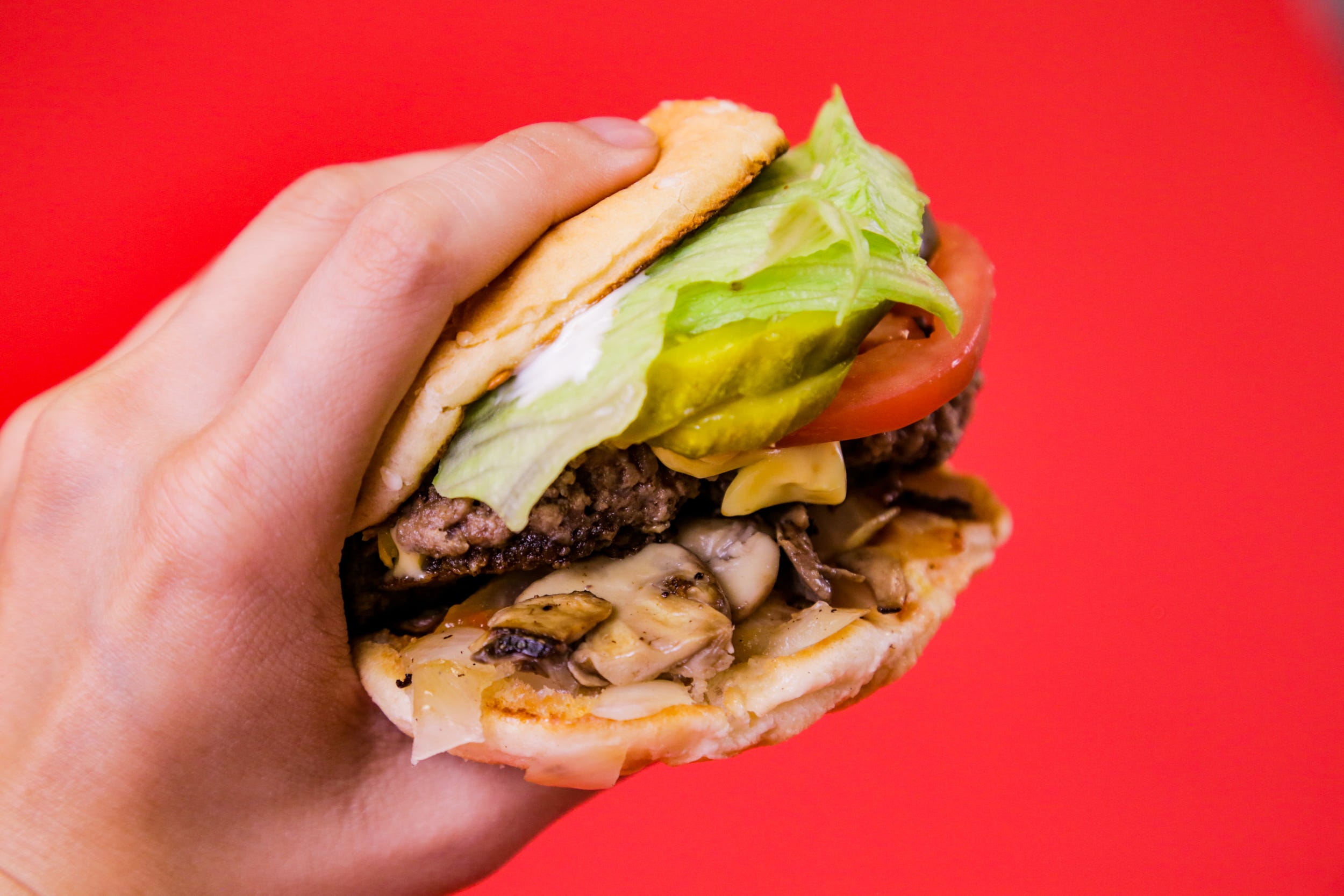 Irene Jiang / Business InsiderThe burger itself was cooked a bit too much for my taste.

TASTE AND FRESHNESS: Aside from the slightly wilted lettuce, the toppings were bright and peppy. The thick-cut pickles were crunchy and tart, and the tomatoes were fresh and juicy. The bun was slightly sweet, while the cheddar cheese added savoury depth. The grilled onions contributed a slight kick, but they didn’t factor much into the flavour. Overall, a hearty and well-balanced burger. 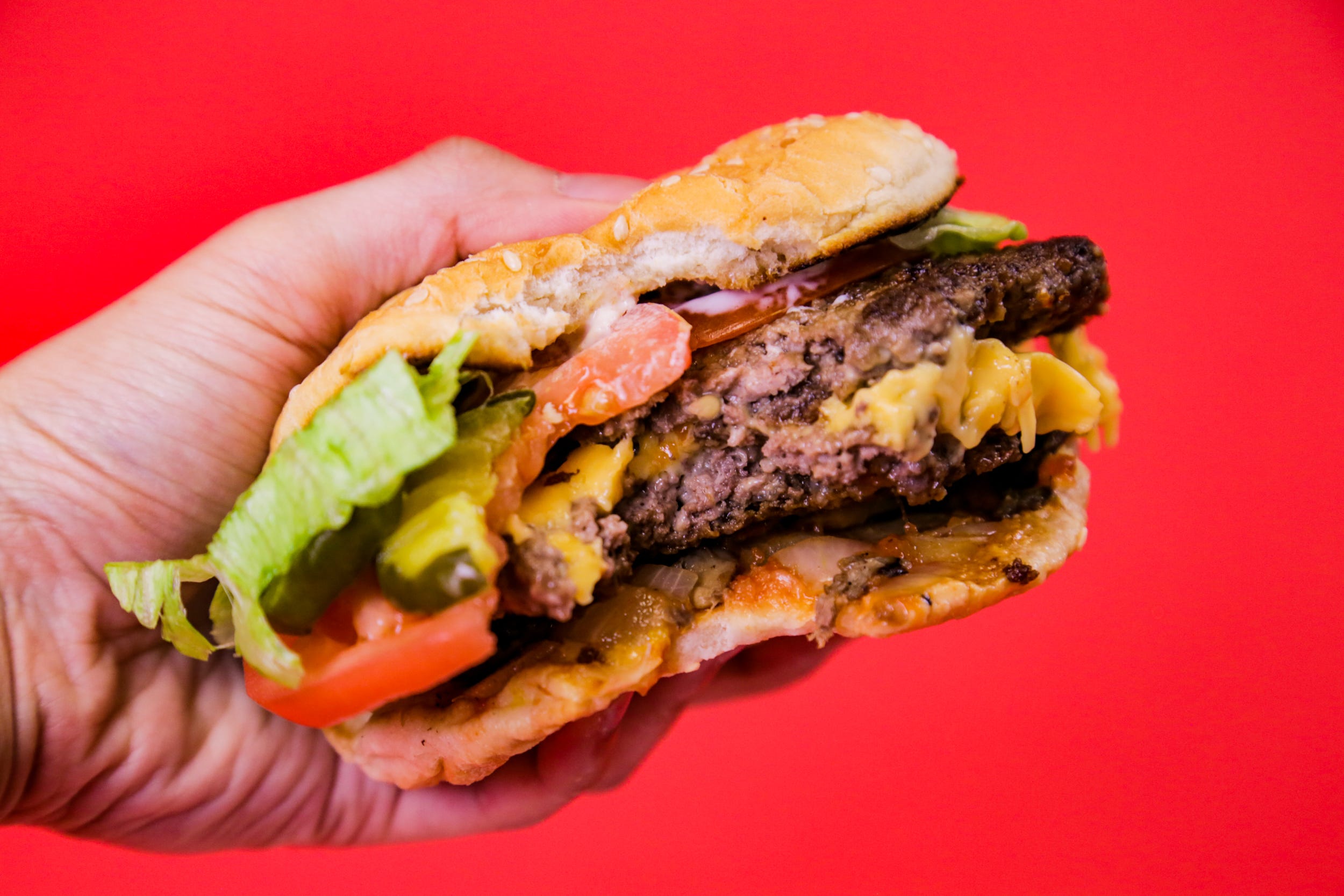 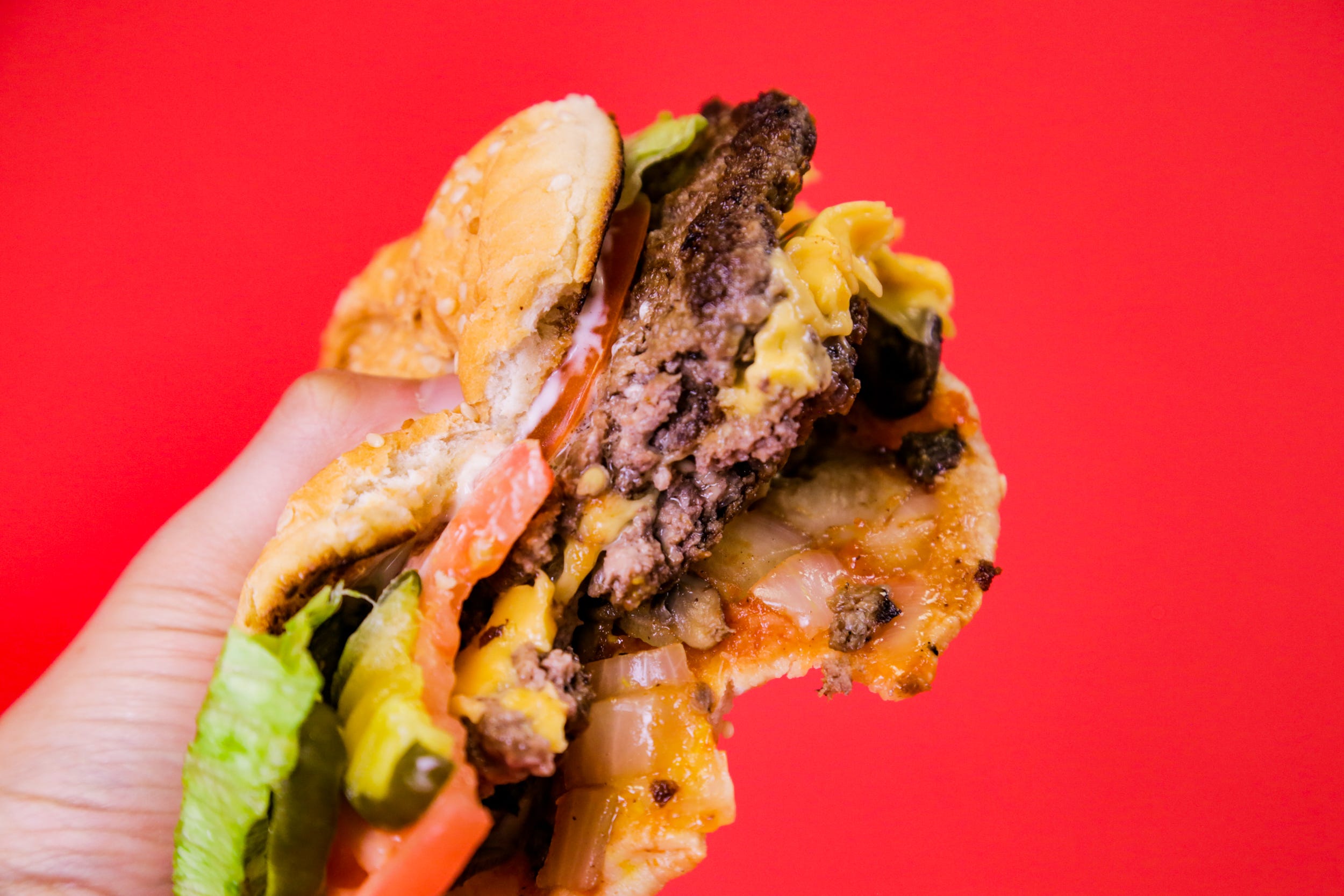 Irene Jiang / Business InsiderYet another winner in the squeeze test.

There wasn’t a single burger in this lineup that I didn’t enjoy. Each one had its distinct strengths and weaknesses. 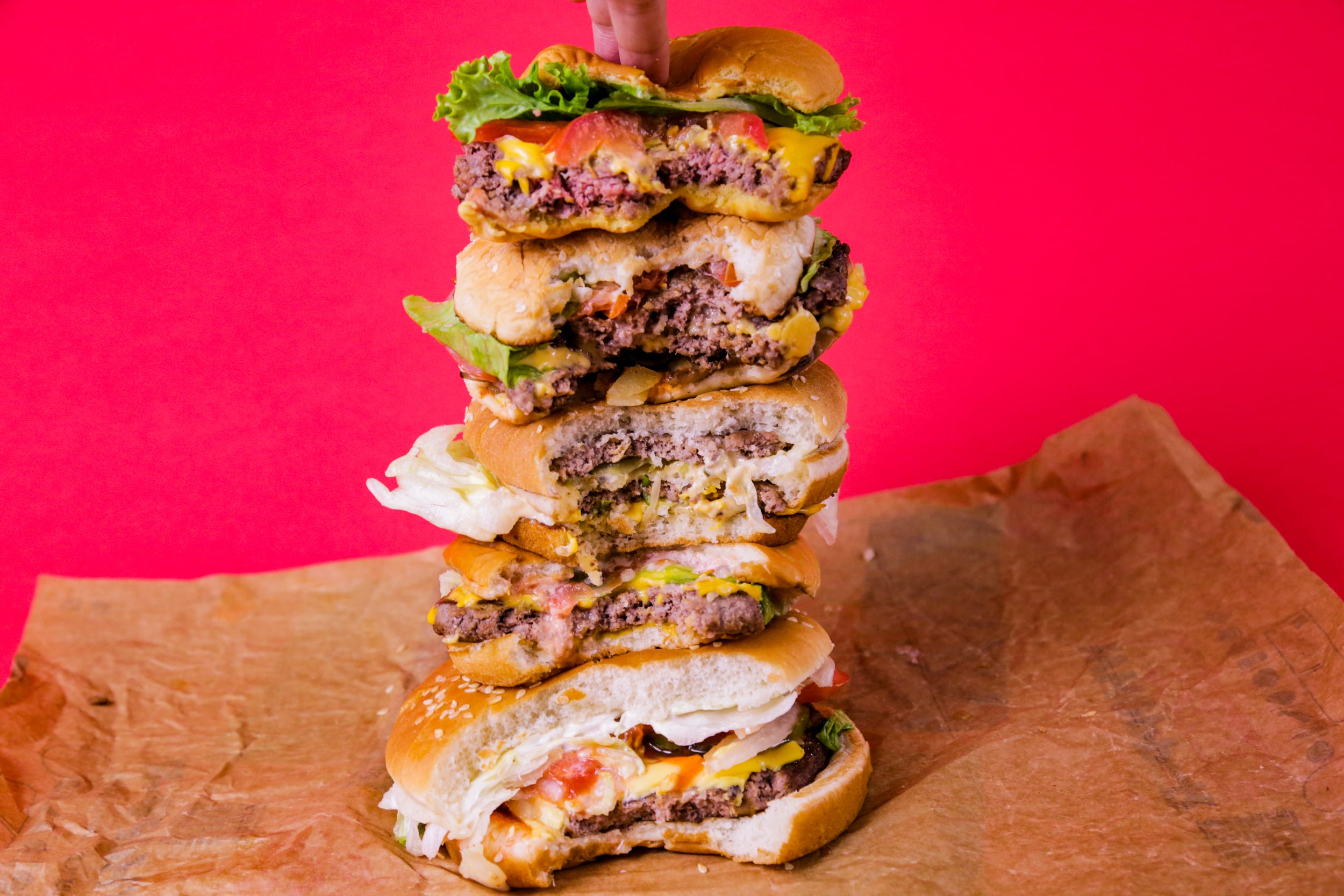 That said, the classic taste and all-around great quality of Five Guys’ cheeseburger absolutely routs the competition. Its thick, juicy patties and flavorful toppings make it the ultimate fast-food burger. It was also the most expensive, however. 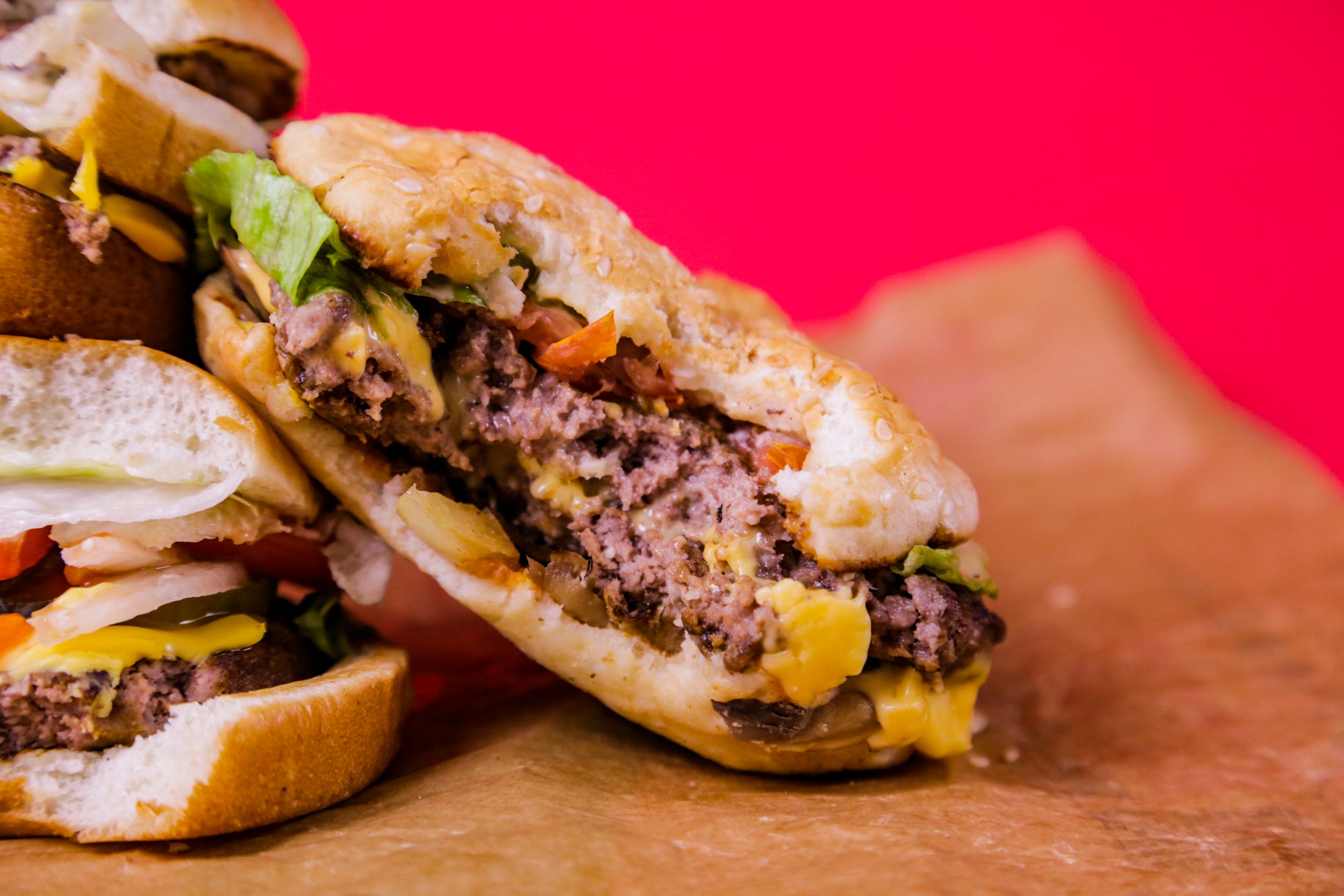 But the ShackBurger also deserves a shout-out for its perfectly cooked medium-rare patty and quality ingredients. 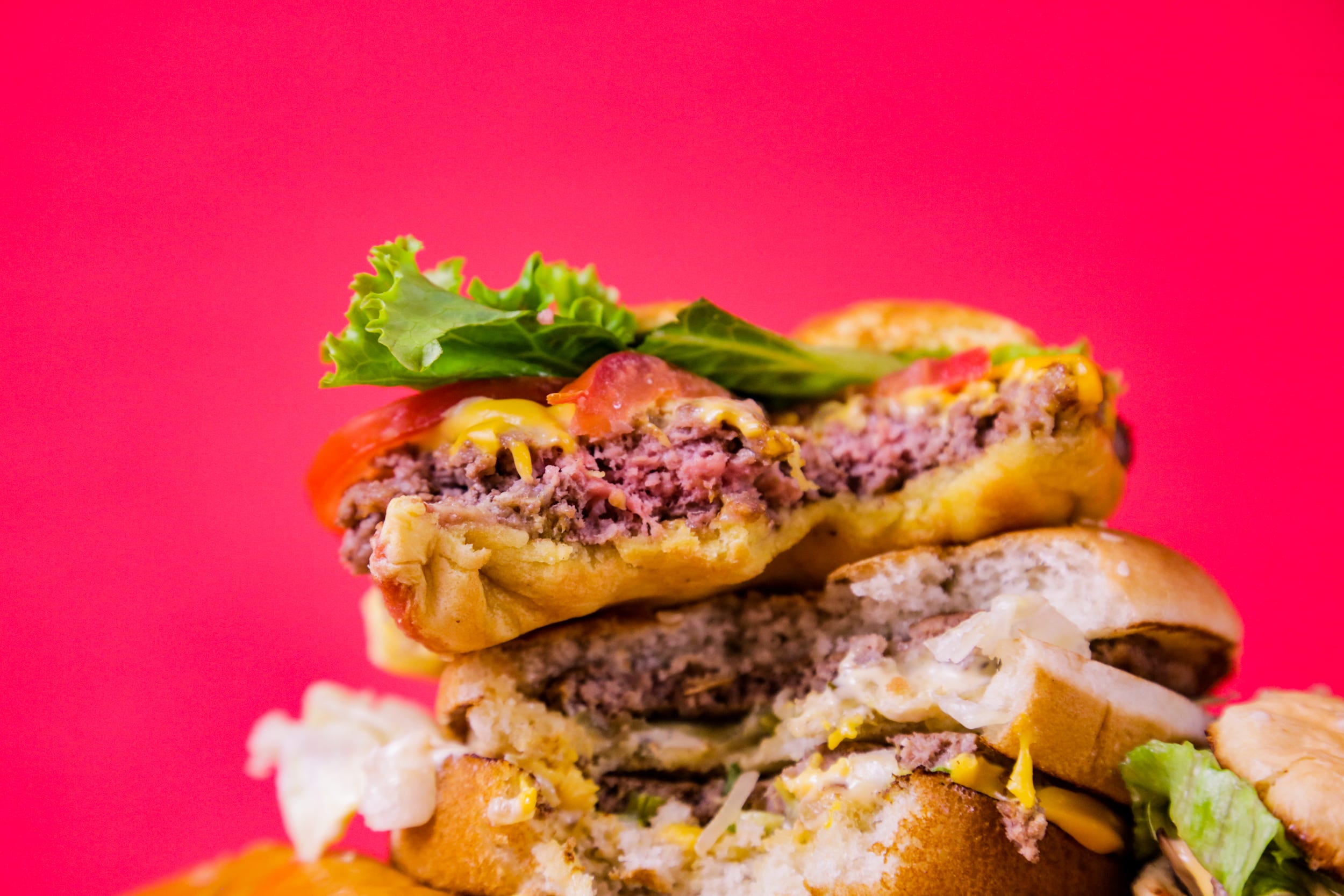 Five Guys clearly had better quality meat and better quality ingredients overall, as did Shake Shack. But the Big Mac and Whopper have their own iconic flavour profiles that some may prefer. The Dave’s Single is really the only burger that didn’t stand out to me. However, there’s still many a Wendy’s fan out there. 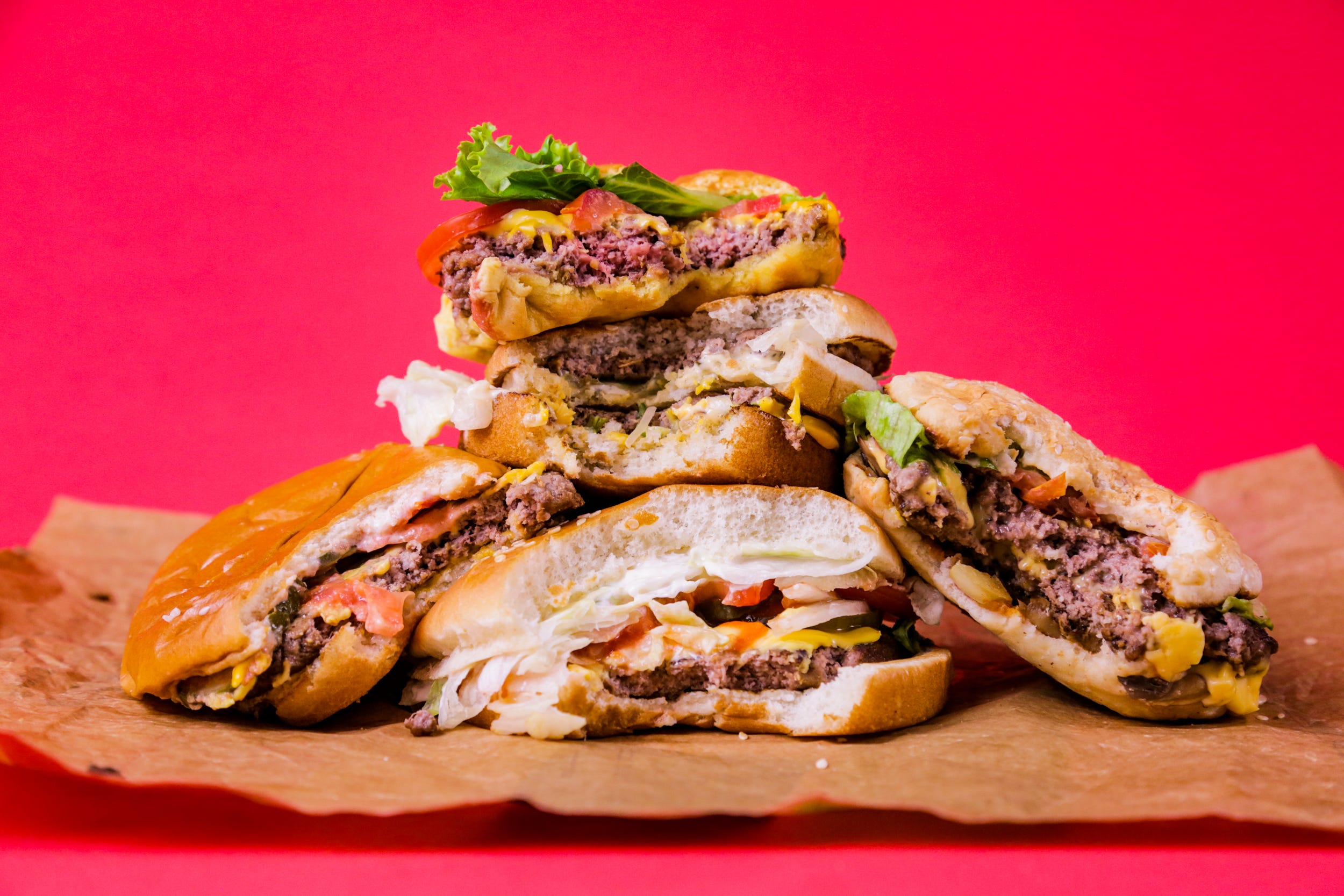