McDonald's reveals the McPlant, as the fast-food giant crafts plant-based burgers and 'chicken' 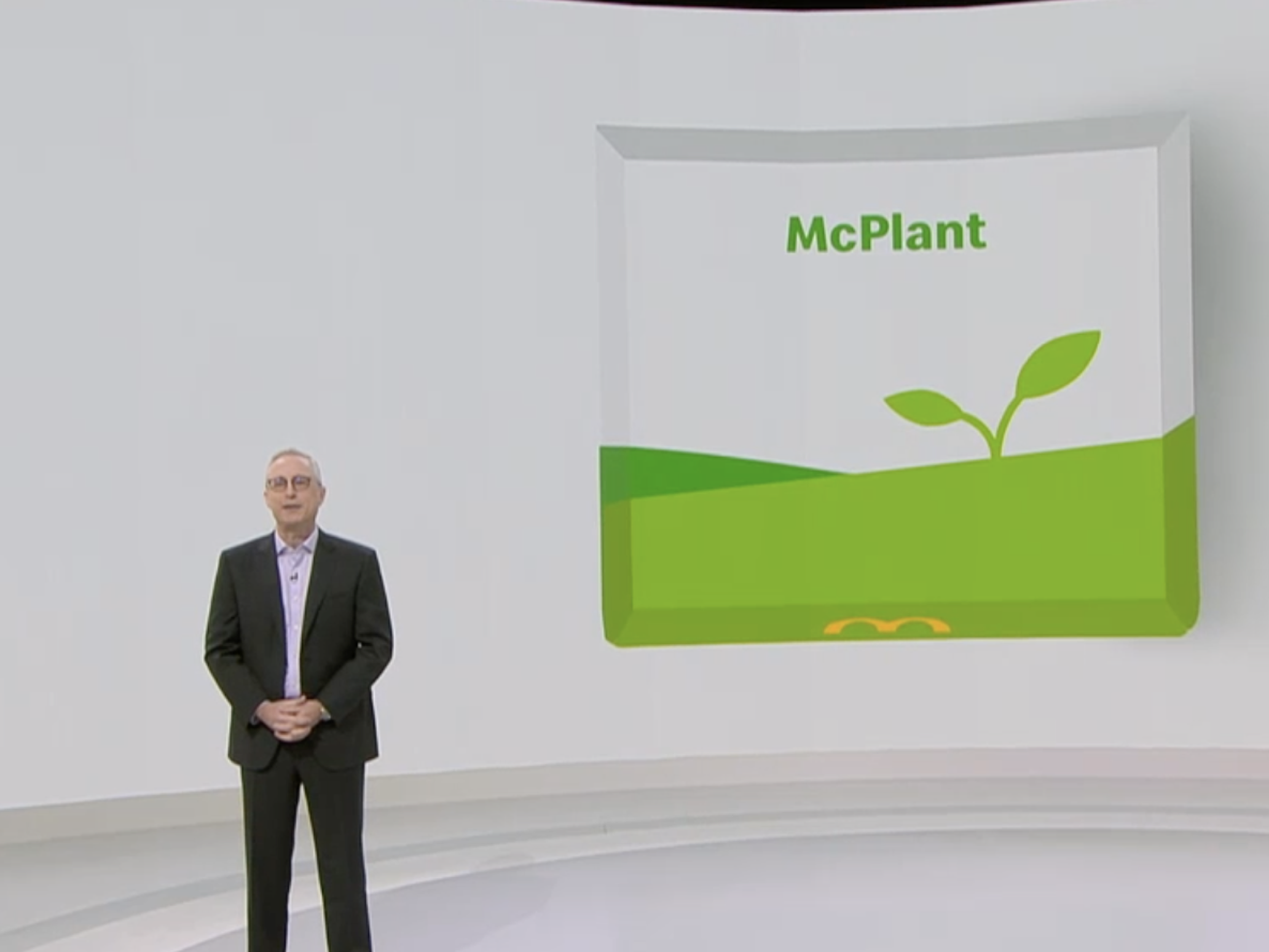 McDonald’s is making its own plant-based meat.

On Monday, the fast-food giant announced it is developing a new line of menu items called the “McPlant.”

“McPlant is crafted exclusively for McDonald’s, by McDonald’s,” Ian Borden, the president of the company’s international business, said in a presentation for investors on Monday.

Borden said that “McPlant” could include plant-based burgers, chicken substitutes, and other products. Some markets will test the plant-based McPlant burger next year.

According to Borden, the company believes it has a “proven, delicious-tasting product.”

“When customers are ready for it, it will be ready for them,” Borden said.

McDonald’s previously partnered with Beyond Meat to create a plant-based burger that was tested in Canada. The trial halted in April, with no plans of continuing the test.