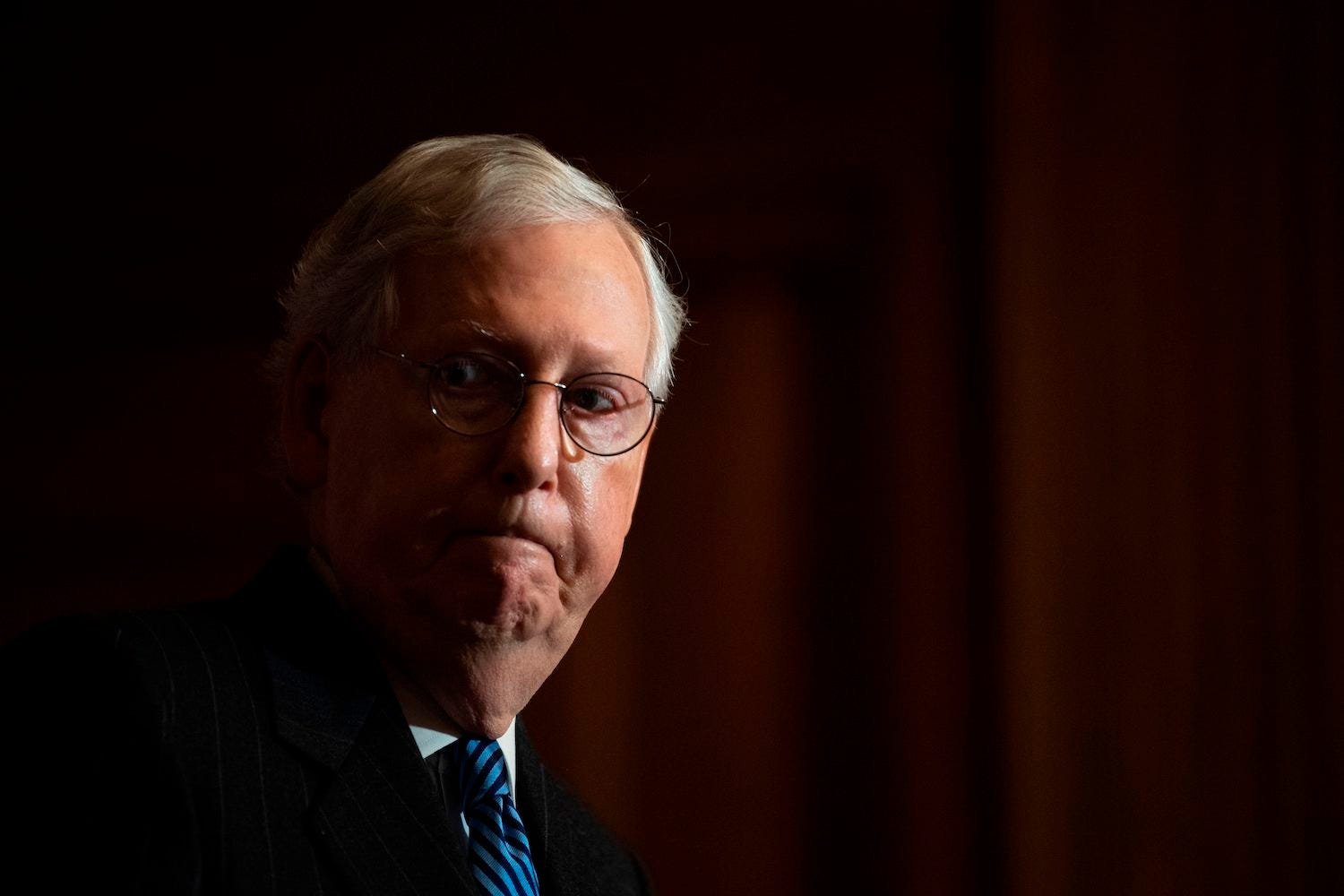 GOP Senate Minority Leader Mitch McConnell of Kentucky will vote to acquit Donald Trump for “incitement of insurrection” in the former president’s Senate impeachment trial, according to sources close to senator.

“While a close call, I am persuaded that impeachments are a tool primarily of removal and we therefore lack jurisdiction,” McConnell wrote in a letter to GOP colleagues.

“The Constitution makes it perfectly clear that Presidential criminal misconduct while in office can be prosecuted after the President has left office, which in my view alleviates the otherwise troubling ‘January exception’ argument raised by the House.”

Trump, who was impeached by the US House of Representatives for his role in the deadly January 6 Capitol riots, is likely to be acquitted by the upper chamber.

A Trump conviction would require a two-thirds majority in the upper chamber, or 67 votes.

With the Senate currently split between 50 Democrats and 50 Republicans, 17 Republicans would have to abandon the former president, which appears unlikely.

McConnell’s announcement puts to rest any chance that he would have delivered a historic rebuke to a president from his own political party.

In his letter, the GOP leader, repeating what he said last month, wrote that the final decision of individual senators was “a vote of conscience.”

McConnell, who has served in the Senate for 36 years, is tasked with leading with a party shut out of power in Washington DC and facing internal divisions over the impeachment vote.

While most Senate Republicans question the constitutionality of the impeachment trial, several lawmakers, including Sens. Susan Collins of Maine, Lisa Murkowski of Alaska, Mitt Romney of Utah, Pat Toomey of Pennsylvania, Ben Sasse of Nebraska, and Bill Cassidy of Louisiana, broke ranks and joined Democrats in a 56-44 vote earlier this week to affirm that the trial was constitutional.