Mitch McConnell floated a $40,000 income cutoff for a 2nd round of stimulus checks. That could leave out 20 million Americans who benefited from the first wave. 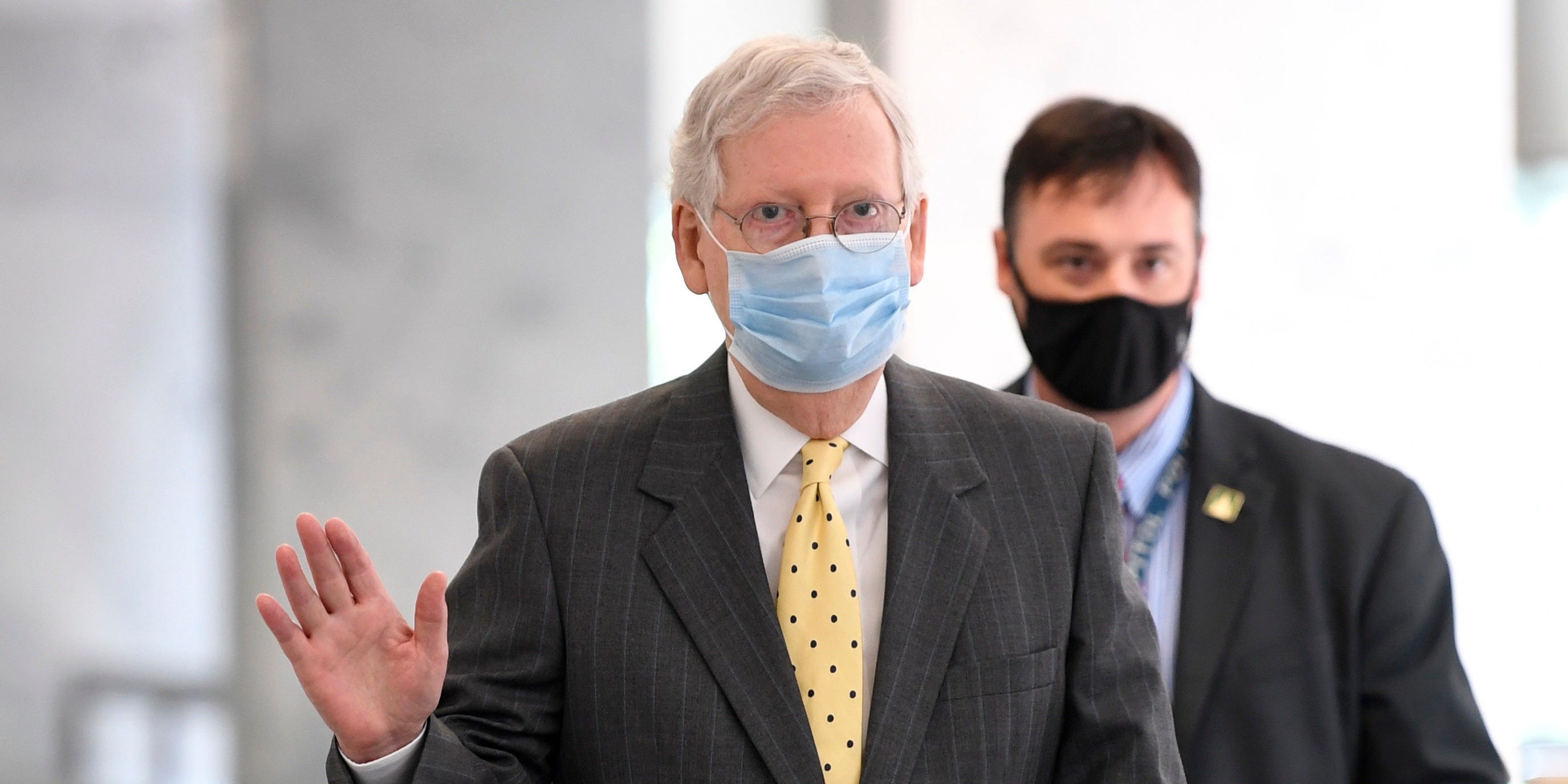 More Republicans in Congress are signalling a willingness to get on board with another round of $US1,200 stimulus checks for Americans as lawmakers debate what should be included in another economic relief package.

For months, GOP lawmakers have expressed alarm about the substantial amount of government spending to confront the coronavirus pandemic. This time, however, Republicans are weighing whether to sharply limit the number of recipients eligible for the government payout, The Washington Post reported on Thursday.

In March, Congress authorised a wave of direct $US1,200 payments for individuals earning up to $US75,000 a year, plus $US500 for each dependent child. The cash amount diminished until phasing out for those making above $US99,000. Married couples earning up to $US150,000 a year also qualified for the full payment.

The health and economic environments haven’t improved dramatically since the spring. The economy remains weak, and the pandemic is still raging, dampening the prospect of a speedy recovery. Many experts have said another infusion of federal cash would keep struggling people afloat during a period of high unemployment and scarce jobs.

President Donald Trump has expressed support for additional stimulus checks, and some Republicans appear to be open to the idea as well. Senate Majority Leader Mitch McConnell said at two events this week that any direct payment should be narrowly focused on Americans with lower incomes who are grappling with financial calamity.


Read more:
A Wall Street expert breaks down how universal basic income would directly benefit 4 sectors of the stock market and squash wealth inequality – despite critics warning it would be a disaster

“The people that I think have been hit the hardest during this whole episode have been people making $US40,000 a year or less,” McConnell said on Wednesday at a public appearance in Kentucky.

He went on: “Many of them work in the hospitality business, hotels, restaurants – we’re going to be acutely aware of that particular segment of our population going into this next package that we’ll be putting together in the next few weeks.”

Plenty of details are still missing from the figure McConnell suggested: It’s not clear whether it represents the new cap Republicans will seek or what the income threshold would be before the payment phased out. McConnell’s office did not respond to requests for comment.

However, economists have started modelling what another round of payments could look like. Ernie Tedeschi, an economist in the Obama administration, estimated that about 20 million Americans who benefited from the initial wave of payments would be left out. That step would diminish the scope of federal aid for many middle-class people.


Read more:
The top-ranked stock-picker in small companies has returned 13 times more than his peers this year. He breaks down the 5 little-known stocks he’s using to bet on the 5G and work-from-home revolutions.

Tedeschi’s projection assumes income thresholds similar to the initial round of stimulus checks: $US40,000 for single filers and $US80,000 for married couples, with a payment reduction of $US5 for every extra $US100 of income.

He told Business Insider that many people taking home middle-class incomes wouldn’t get as much support from the federal government as they did under the CARES Act if the $US40,000 threshold were implemented. Instead, many in the middle would fall into what he called a “no-man’s land.”

Claudia Sahm, the director of macroeconomic policy at the Washington Centre for Equitable Growth, echoed him. A family of four was eligible to get $US3,400 from the federal government in the first round of direct payments.

“Most families don’t have much of a financial buffer,” Sahm told Business Insider. “Three-thousand-plus dollars, that’s real money for a lot of American households.”


Read more:
GOLDMAN SACHS: Wall Street is bracing for a historically wild stock market as the presidential election nears. Here’s a surprising yet simple strategy for protecting your portfolio – regardless of outcome.

On top of significantly buttressing personal finances during a period of extraordinary uncertainty, the government cash prompted a quicker consumer-spending rebound among lower- and middle-income households.

Excellent chart from Deutsche Bank showing how the CARES Act has helped consumers in the lowest income quartile. Letting these benefits expire would be a huge policy failure. pic.twitter.com/hayLTzmhj3

Early research from Northwestern University indicated that much of the money was spent on essentials like groceries, take-out food, and rent. And it found that people with less in their bank accounts were likelier to spend the funds faster.

Implementing a $US40,000 income threshold would also raise a slew of administrative questions. The last of the direct payments were based on 2019 tax returns. People who earned above that amount last year but no longer do so because they lost their job would not receive a check.

“They have already sent out the recovery rebates once. They have all of the information,” Sahm said. “If they make no changes in eligibility, it is the push of a button at Treasury and direct deposits would go out in two days.”

The IRS and the Treasury Department have distributed nearly 160 million payments so far, mostly between mid-April and early May. Underscoring that speed, Treasury Secretary Steven Mnuchin said on Thursday that the federal government could “get that into hardworking Americans’ bank accounts very, very quickly.”

Democrats have pushed for another round of $US1,200 direct payments, but they’re not sold on scaling back eligibility to the extent McConnell suggested.

“I think families making over $US40,000 probably need assistance,” House Speaker Nancy Pelosi said on Thursday. “Again, just depending on their family situation.”

Meanwhile, Republicans are seeking to keep further stimulus spending below $US1 trillion. Experts like Sahm say that’s not enough to shore up an economy still weathering an unemployment rate of 11% and rising permanent job losses. The first wave of stimulus checks cost about $US293 billion, per the Congressional Budget Office, though a lower income threshold would shave off a portion of the total.

“Instead of trying to get the package under $US1 trillion, they should just spend the money,” Sahm said. “The cost of doing too little right now is enormous.”


Read more:
The most accurate analyst covering e-commerce says these 7 stocks will be among the biggest winners of the shift to online shopping