Senate Majority Leader Mitch McConnell said in an interview on Hugh Hewitt’s radio show on Wednesday that economically struggling states should declare bankruptcy rather than be given a federal bailout.

“I would certainly be in favour of allowing states to use the bankruptcy route. It saves some cities,” McConnell told the conservative radio host. “And there’s no good reason for it not to be available.”

The host mentioned several states like California and Illinois that assumed high public-employee union costs, and the senator said he opposed an attempt by the federal government to rescue their finances.

“My guess is their first choice would be for the federal government to borrow money from future generations to send it down to them now so they don’t have to do that. That’s not something I’m going to be in favour of,” McConnell said.

States have faced the prospect of quickly depleted budgets in the wake of the coronavirus pandemic. The Republican senator said on Tuesday that the “extraordinary” national debt was a reason he sought to wait until May to push for more coronavirus relief in Congress.

States tend to operate differently from the federal government when it comes to their annual budgets. They usually can’t deficit-spend, meaning any increase in their expenditures must be financed with a tax increase or another new source of revenue, per the Urban Institute. 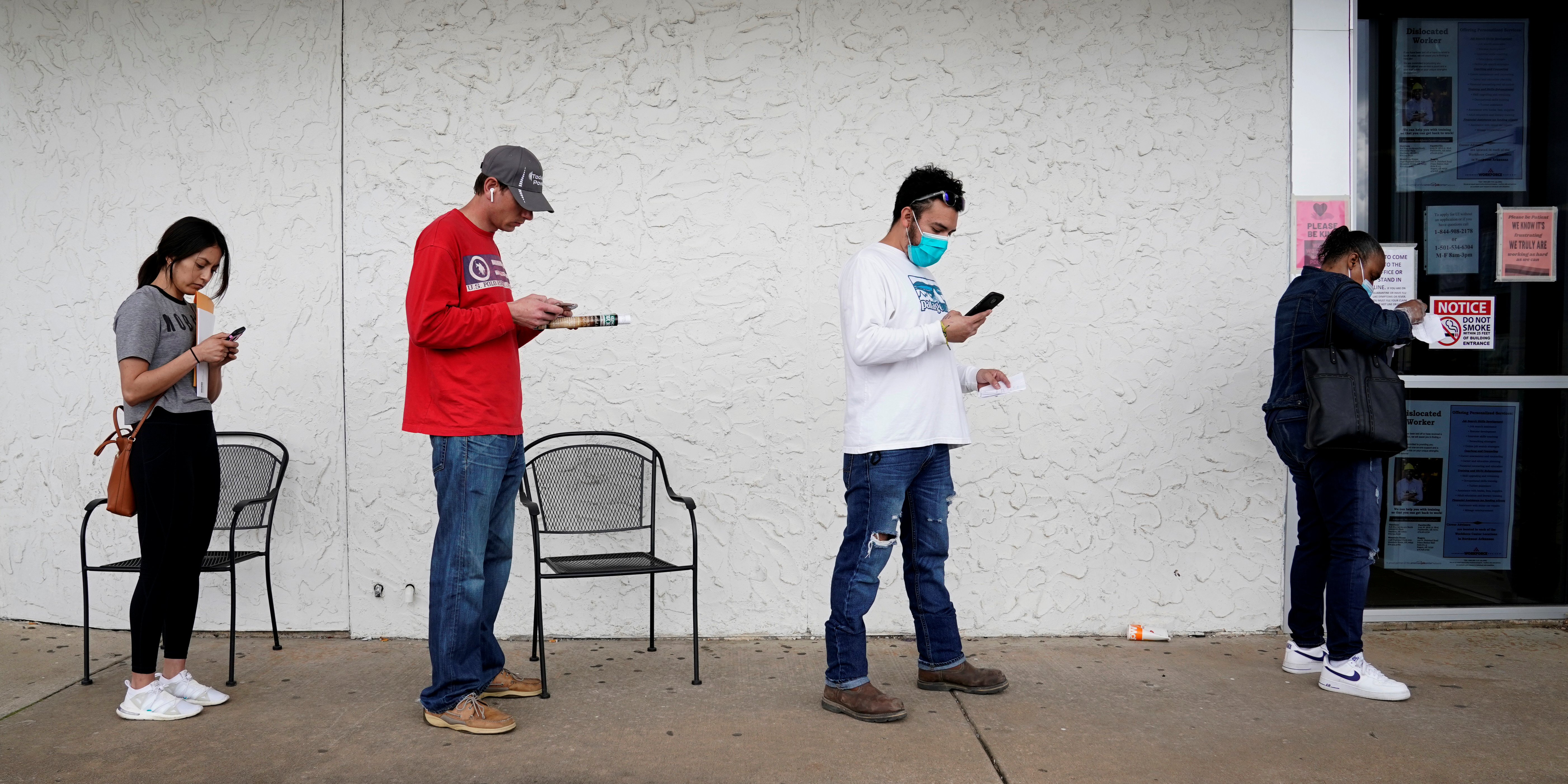 ReutersPeople wait to file for unemployment.

In the aftermath of the 2008 financial crisis, the idea of allowing states to declare bankruptcy was roundly criticised by Republican and Democratic governors and lawmakers, as well as Wall Street investors and public-sector unions, Bloomberg reported. They said that going that route would throw the bond market into chaos and lead states to face higher interest rates.

Many economists have said states face severe pressures on their finances as a result of the pandemic. The skyrocketing number of Americans filing for unemployment means state governments are set to lose a crucial source of income and sales-tax revenue as people significantly reduce their spending.

That’s combined with increased demand for safety-net programs like Medicaid, which states are partially responsible for paying. Without another round of federal aid, cuts to public programs would be inevitable.

“If nothing changes, states will soon be forced to make deep cuts in vital public services, worsening the recession and slowing the ensuing recovery,” Matt Fiedler, who was a top Obama administration economist, wrote in a New York Times op-ed article on Wednesday.

The National Governors Association has called for at least $US500 billion in relief for states and local governments. But that was left out of the interim relief package aimed at small businesses and hospitals that the Senate passed on Tuesday.

President Donald Trump has said state and municipal aid would be a part of the next coronavirus relief package.