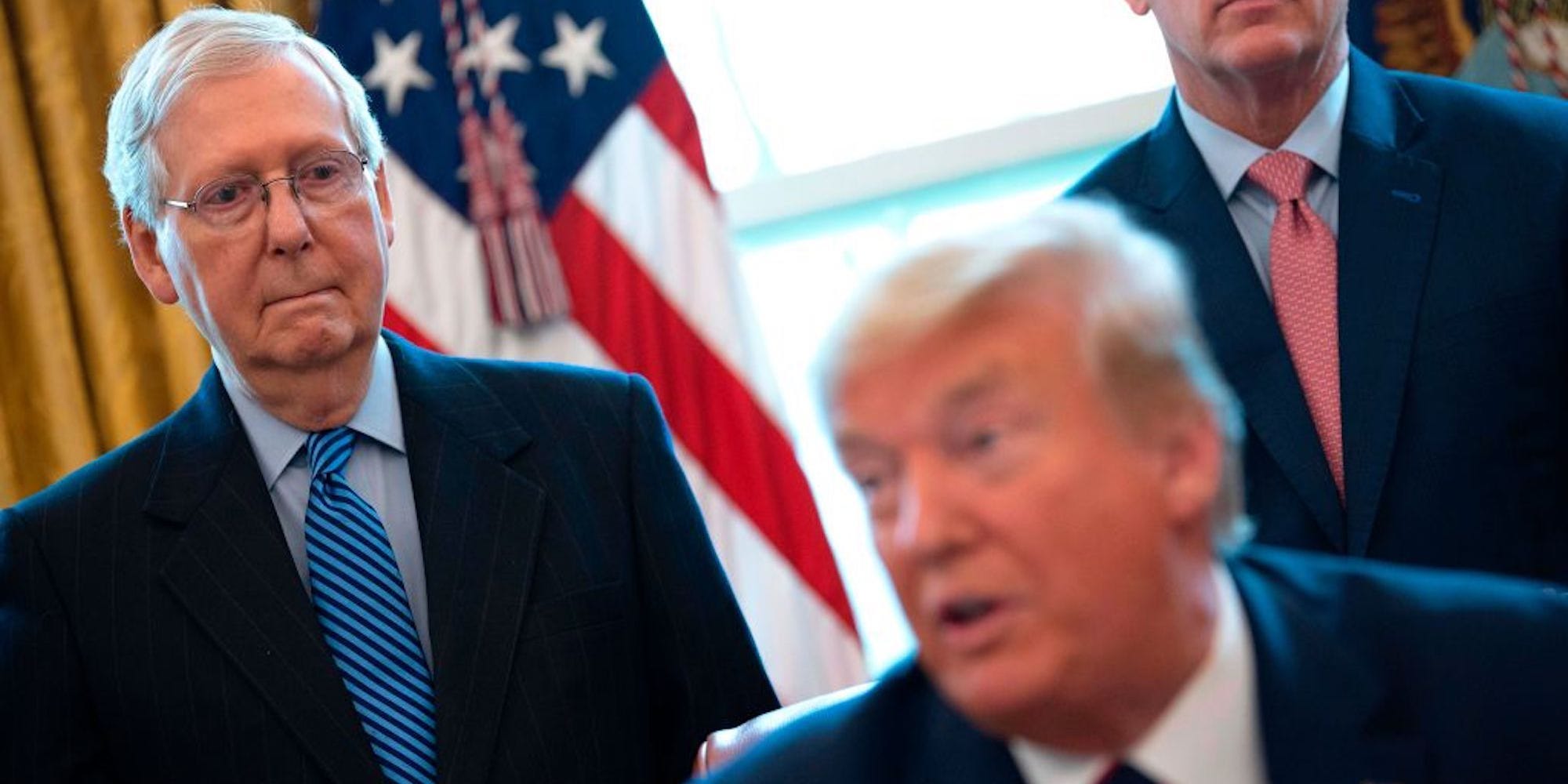 Senate Majority Leader Mitch McConnell has said he never wants to speak to President Donald Trump again following a violent insurrection at the US Capitol on Wednesday, The Washington Post reported.

The president has been accused of inciting the riot by urging his supporters at a rally on Wednesday “to fight” and march to the Capitol, where Congress was counting electoral votes and finalising Joe Biden’s victory in the November election.

Trump has spent months spinning bogus conspiracy theories about voter fraud and election rigging, while falsely insisting that the race was “stolen” from him and that he is the rightful winner. At Wednesday’s rally, the president reiterated those claims. “We will never concede,” he said as his supporters cheered.

Throngs of them subsequently stormed the Capitol, clashed with police, broke into the building, ransacked lawmakers’ offices, and made it as far as the House and Senate floors.

Lawmakers were debating a Republican challenge to Arizona’s electoral votes, but both chambers were forced to go into recess as members, Hill staffers, and reporters sheltered in place or behind makeshift barricades. The attempted coup by the pro-Trump mob left five people dead, including one Capitol Police officer.

After the building was secured and Congress reconvened more than six hours later, McConnell forcefully condemned the rioters.

“The United States Senate will not be intimidated,” he said. “We will not be kept out of this chamber by thugs, mobs, or threats. We will not bow to lawlessness or intimidation. We are back at our posts. We will discharge our duty under the Constitution and for our nation.”

McConnell added: “Even during an ongoing armed rebellion and the Civil War, the clockwork of our democracy has carried on. The United States and the United States Congress have faced down much greater threats than the unhinged crowd we saw today.”

“They tried to disrupt our democracy. They failed,” he said, adding, “This failed insurrection only underscores how crucial the task before us is for our republic.”

On Thursday evening, Michael Sherwin, the acting US attorney in Washington, DC, indicated that federal prosecutors were investigating Trump’s role in inciting the insurrection.

“We are looking at all actors here, not only the people that went into the building, but … were there others that maybe assisted or facilitated or played some ancillary role in this,” Sherwin told reporters in a phone call.

The Post reported that when Sherwin was pressed on whether that included Trump, he responded: “We are looking at all actors here, and anyone that had a role, if the evidence fits the element of a crime, they’re going to be charged.”

After Sherwin’s comments, the president released a video condemning the violence at the Capitol. The New York Times reported that the president had resisted taping the message and caved when he realised he could face legal trouble because of the riot.