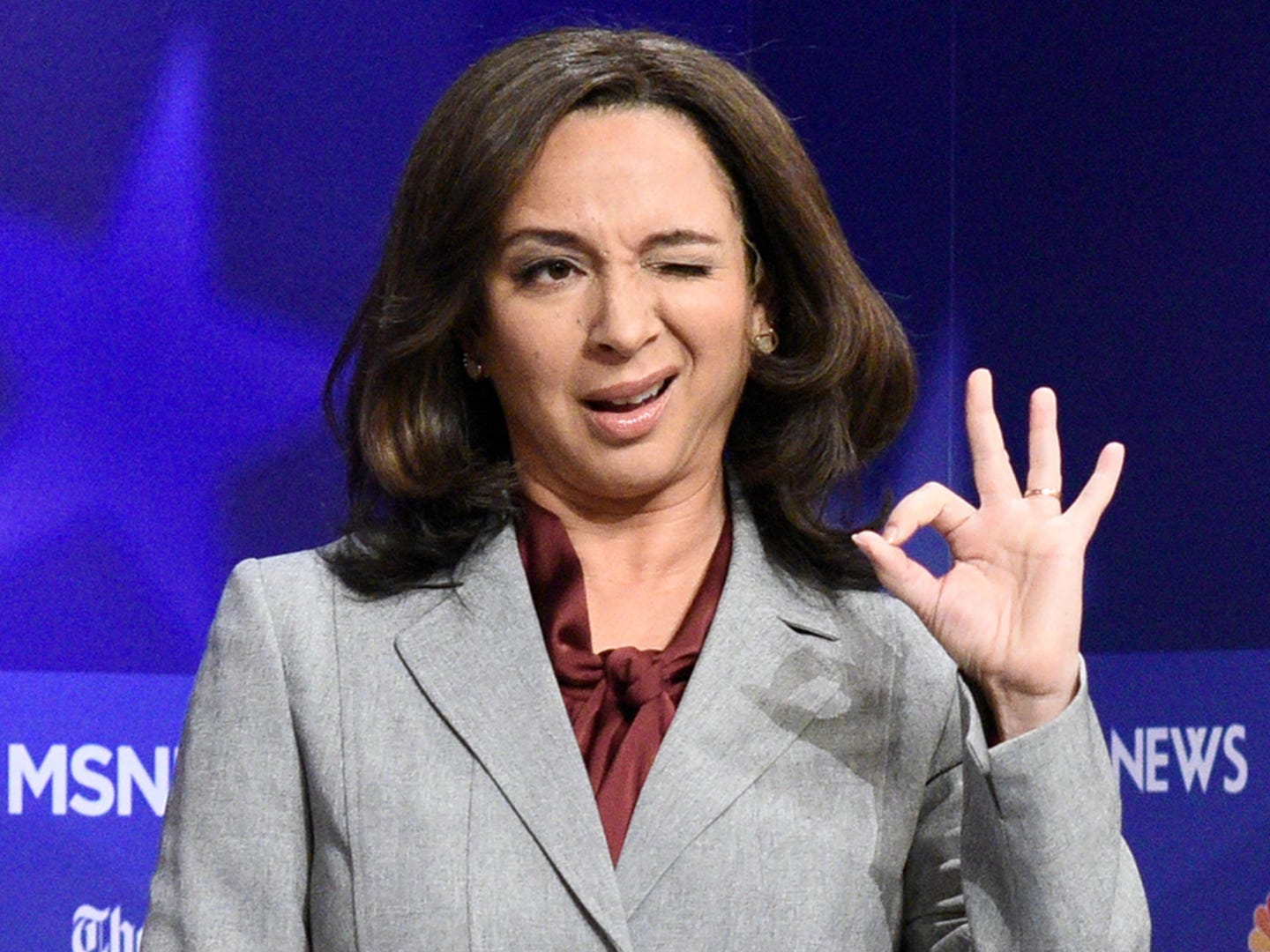 Maya Rudolph gained widespread attention for her performance as Sen. Kamala Harris â€” and her spin on Cardi B and Megan Thee Stallion‘s song “WAP” â€” during the “Saturday Night Live” season 46 premiere.

“The both of you, this stops right now. You look at me, Donald. You do not treat my Joe like that. He’s a nice boy,” she said, continuing to demand an apology for his behaviour.

After Baldwin’s Trump muttered an apology, she said: “I think if there’s one thing we learned tonight it’s that America needs a ‘WAP’ â€” woman as president. But for now, I’ll settle for ‘HVPIC’ â€” hot vice president in charge.”

“WAP” was mentioned on the season premiere of #SNL.

Many fans were ecstatic to hear Rudolph’s comments, saying that her call for a female president resonated with them after watching Tuesday’s shocking presidential debate.

when maya rudolph as kamala harris said america needs a WAP, I felt that

Maya Rudolph: “America needs a wap err a woman president.. but until then they’ll have to do with a HVPIC.

Maya Rudolph playing Kamala Harris on @nbcsnl and saying we need a WAP- Women As President..is absolutely everything I needed

“I think if there’s one thing we learned tonight, it’s that America needs a WAP. Woman as president.” @MayaRudolph @nbcsnl @KamalaHarris pic.twitter.com/xk9Wuj0fat

#SNL coming through with some much needed #ComicRelief @MayaRudolph said: America needs a #WAP = #WomanasPresident

Rudolph, who played Harris during her presidential campaign, won the outstanding guest actress in a comedy series category at the 2020 Emmys for her performances as the politician on previous “SNL” episodes.

And when she learned that she’d be reprising the role on season 46, since Harris was selected as Biden’s running mate, she welcomed the challenge.

She continued, “I love going to the show. Any excuse I can get, I love. I just didn’t really anticipate travelling during a pandemic, but if there’s anyone that can work it out I’m sure Lorne has some sort of invisible helicopter that can get me there.”