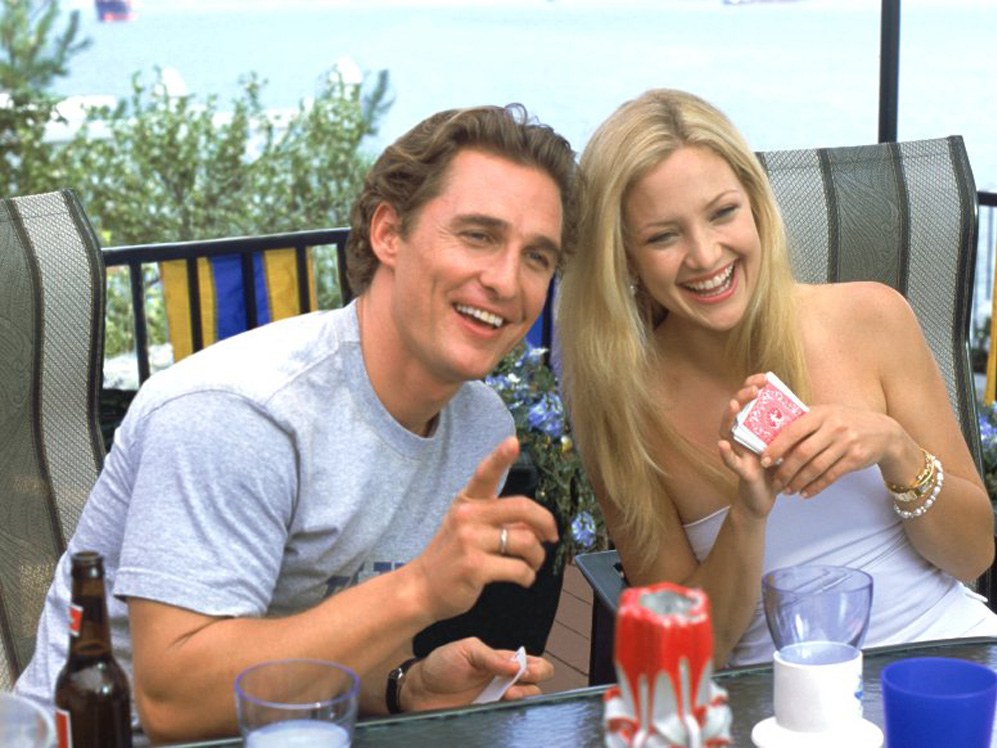 Paramount PicturesMatthew McConaughey and Kate Hudson in ‘How to Lose a Guy in 10 Days.’

Matthew McConaughey and Kate Hudson will forever be paired for their hot on-screen chemistry in movies such as “Fool’s Gold” and “How to Lose a Guy in 10 Days,” but filming that passion didn’t come with the easiest of circumstances.

In October, Hudson told Gwyneth Paltrow on the “Goop” podcast that her makeout scenes with McConaughey were never great to shoot because they often involved “snot or wind.”

And McConaughey concurred. In an interview with Yahoo this week, McConaughey said that often the scenes where they had to kiss were not the most ideal, especially in the action-comedy “Fool’s Gold.”

“Here’s the scene: You’ve just jumped from the helicopter. You’re in the middle of the ocean. You go under the water, so on action, go into the water and then come up out of the water like you’re gasping for air,” McConaughey said. “You’re glad to be alive! Then you look at each other and you swim to each other and [go] into an embrace.”

Hudson touched on the same scene when talking to Paltrow. 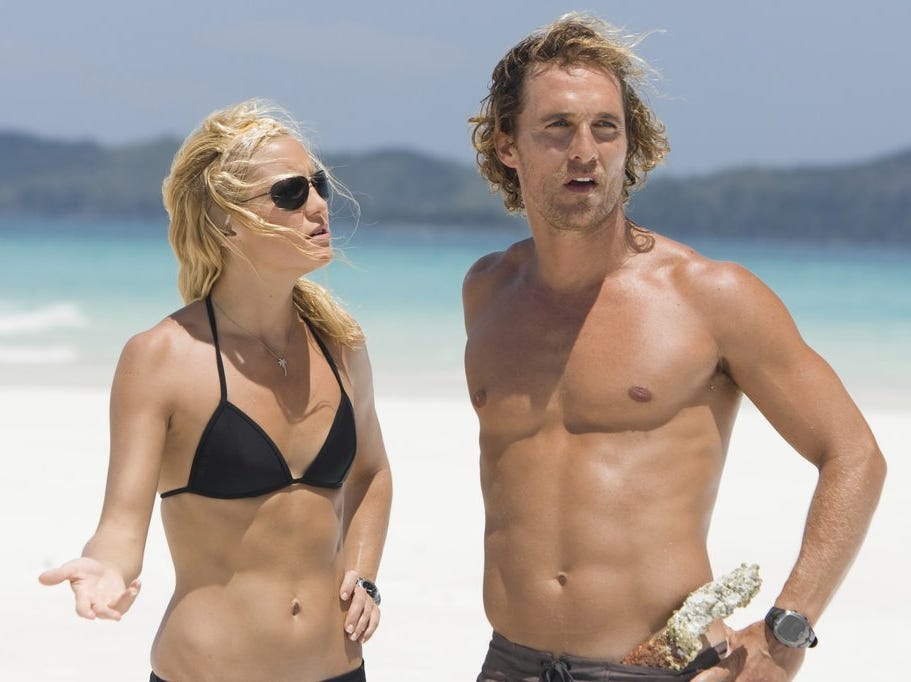 “When we were kissing in the end of ‘Fool’s Gold,’ we’re in the ocean. We had the plane crash. He just had snot all over his face,” she said.

McConaughey added that it was even obvious to the crew that the scenes often didn’t work out.

“So you’re doing that and you’re like, ‘OK, I think that worked, but did that look any good?'” McConaughey said, adding that the crew members were “like, ‘No, we better do another take.'”

“So there were always, like, elements that made it harder,” he said.

McConaughey continued: “We never got to have our nice romantic kiss, yeah.”

For my two cents, if we’re going to spotlight the best makeout scene between McConaughey and Hudson, it would be the bathroom scene in “How to Lose a Guy in 10 Days.”