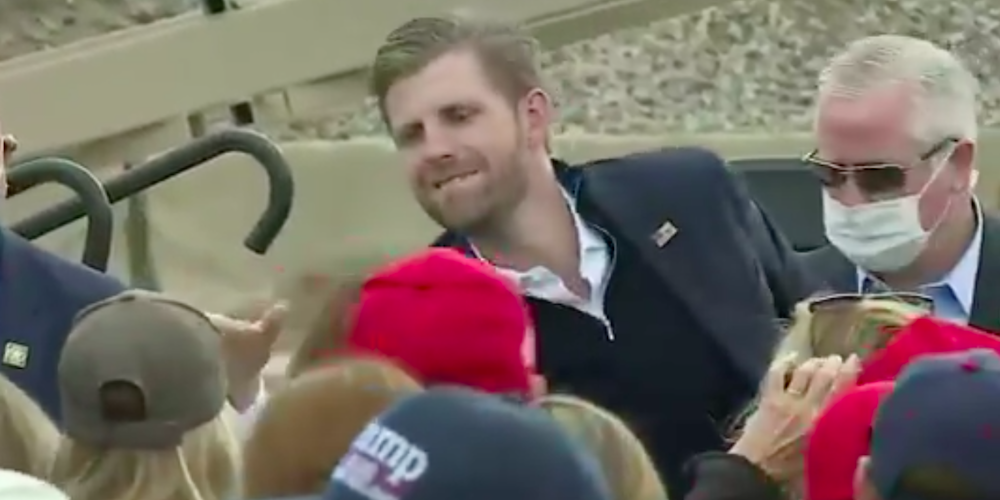 President Trump’s son Eric was filmed high-fiving and shaking hands with supporters of his father at a campaign stop in Michigan on Tuesday.

The footage shows a maskless Eric Trump touching hands with several maskless Trump supporters, flouting Centres for Disease Control and Prevention advice that suggests people should avoid close contact and wear face masks to prevent the spread of the coronavirus.

Michigan is set to be an important battleground at next month’s election, with President Trump fighting to keep hold of the state he won by a slim margin in 2016. A CNN poll of polls published on Tuesday put Joe Biden eight percentage points ahead of Trump there.