Texas Attorney General Ken Paxton said on Wednesday that he would sue the city of Austin after it said it would still enforce mask-wearing.

Gov. Greg Abbott lifted the statewide mask mandate via executive order on Wednesday, making Texas the largest state to do so. He also lifted other COVID-19 safety protocols, such as capacity restrictions for bars and restaurants.

On Tuesday, Austin-Travis County authorities announced that a local mask mandate would remain until April 15 to “avoid another surge of cases.”

The county has mandated face masks on business premises since July, and people can be fined if they don’t comply. In Austin, people who are “outside of their residence” and people over the age of 6 who are on or in city property must wear masks.

Read more:
6 Texas business owners and hospitality workers say the state left them to fend for themselves by lifting the mask mandate. Here’s how they plan to enforce their own rules.

Paxton said on Wednesday that he would take legal action if the city and county didn’t lift their mask mandates.

“You and your local health authorities have until 6:00 p.m. today to rescind any local mask mandates or business-operating restrictions, retract any related public statements, and come into full compliance with” the executive order, he said in a letter to Austin Mayor Steve Adler and Travis County Judge Andy Brown.

“Otherwise,” he said, “on behalf of the State of Texas, I will sue you.” He added that Austin and Travis County “will lose.”

Abbott’s executive order “supersedes local rules and regulations,” Paxton said. He added that only businesses could set mask mandates and that Austin and Travis County didn’t have the authority to threaten fines for noncompliance.

Adler responded hours later, saying Abbott and Paxton were “simply wrong.” He accused them of an “assault against doctors and data.”

Adler also referred to the devastating blackouts in February, when millions of Texans were left without power and clean drinking water.

“From the people who brought you no water and no electricity: no masks,” Adler tweeted.

Paxton and his office haven’t issued any updates since the 6 p.m. deadline passed.

Dr. Anthony Fauci, the top infectious-disease expert in the US, called the move “inexplicable” and warned that it could lead to another surge in cases. President Joe Biden called it “a big mistake” and a result of “Neanderthal thinking.”

Some companies, including Target, Macy’s, and Kroger, have said they will still require staff members and customers to wear masks in stores. 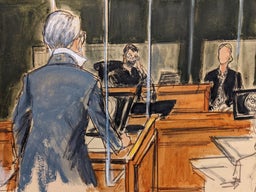