The debate over masks is not a 'culture war,' stop calling it that 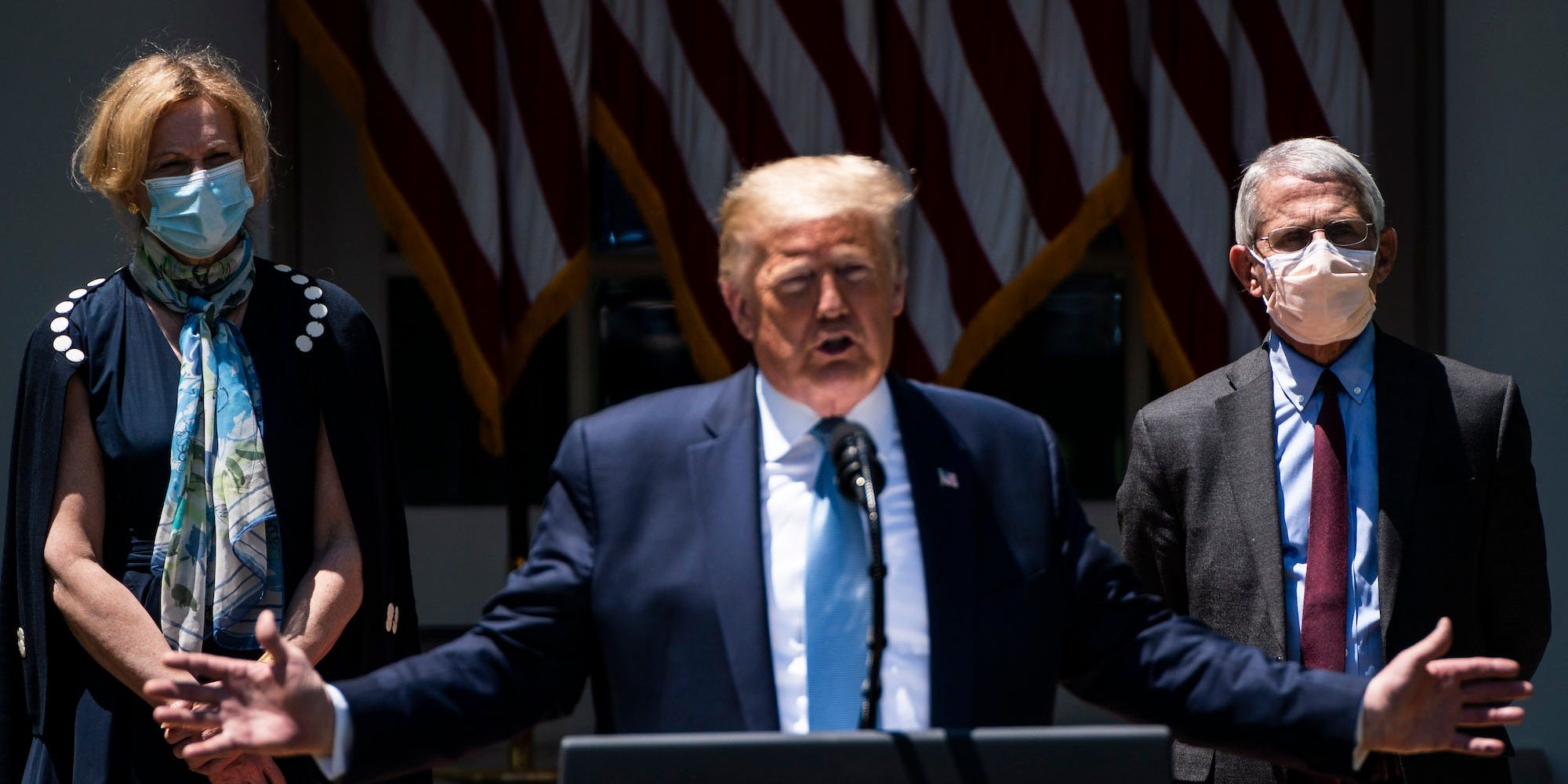 The debate over wearing masks was never part of a culture war, and when we refer to it as such we miss the depth and danger of its significance. The debate was, instead, another marker flashing red on the march toward authoritarianism in the days of Donald Trump.

Mercifully, when Trump reversed his stance and recommended mask wearing at a press conference last Tuesday, he lost. It was a significant setback for him. But what he lost has nothing to do with culture. It had to do with his power over America’s reality.

What is, and is not, a culture war.

Words mean things, and in these confusing times it’s critical that we use our words precisely. We should take special care with words that have to do with two most urgent matters in our country – the coronavirus, and Donald Trump’s presidency.

Culture wars are not just any fight between Donald Trump and his followers and the rest of they country, they are arguments over values. A culture war is won once a critical mass of the population has reached a consensus on one side of a debate or another, then that value is generally accepted. Most Americans move on after that, some never do.

This is not what is happened in the mask debate. In fact, it’s imprecise to even call what happened a debate. It was an attempted imposition of reality.

To begin, public health is not a value judgement, it is scientific. It has nothing to do with what is right or wrong. It has to do with what is dangerous and what is not dangerous for the human body. Unlike most battles in America’s culture wars, it is concerned not with one’s perception based on religious affiliation or political party, but only with objective fact.

It is Trump’s treatment of public health facts – his desire to bend them to his will – that makes his stance on masks not another attempt to start a culture war, but rather an attempt at petty despotism.

In a perfect totalitarian regime there is no objective fact, there is only reality imposed by the leader and the regime. Trump was recalcitrant about wearing masks even as the consensus among an overwhelming number of Americans was that masks help slow the spread of coronavirus, and that we should wear them in public.

A consensus like the one we see in this case would settle any culture war, but this was not a culture war. It was a battle between reality and an autocrat, Donald Trump. This has nothing to do with reaching consensus.

An autocratic attempt on reality

Trump has a myriad of reasons for wanting to impose a reality in which coronavirus is not a danger to Americans. For one thing, in his invented reality, he isn’t responsible for this mess. In his reality kids can go back to school, the economy is fine, and out of work Americans can just go out and get a job if they want one.

Instead of doing the actual work to make the country safe for people to move around in, Trump and his allies at the highest levels of government, like Georgia Gov. Brian Kemp – who is trying to outlaw mask mandates in his state – are using their power to enforce a fantasy. This obtrusive game of pretend comes directly from the dictator’s handbook. It’s how Russia’s Joseph Stalin hid an empire-wide famine from 1932-1933, for example.

Of course, this isn’t Russia, this is America – a place where we are very uncomfortable with our long flirtation with facsism. We collectively cringe when the words associated with totalitarianism are applied to our politics, so we tend to ignore its influence.

Historically, we do not like to accept that the Confederacy was a fascist nation born within our democracy, or that the Ku Klux Klan, a fascist organisation, wielded immense political power in large swaths of the country within the last century. This autocratic undercurrent is not included in the song of America we teach our children. We almost never call it by its right name. This denial makes us vulnerable as Masha Gessen, author of the book “Surviving Autocracy” pointed out in an interview with Slate.

“I think one of the weaknesses that Trumpism taps into is American exceptionalism and is what some scholars have called the American civil religion, this religious belief in the Constitution, in the perfection of the structure and this republic,” Gessen said. “And this structure is deeply imperfect, and I would also argue that it hasn’t been very well tended to in the last few decades. It has become more imperfect, more rickety.”

When we reduce Trump’s stance on masks to a simple “culture war” it is in part because of our blindness to the imperfection of the American experiment.

While politicians wax superficially about whether or not the founders intended us to cover our faces, Trump thinks only of how he can use his power to bend reality for his benefit, and how he can impose that on us. That is what fascists do. But instead of acknowledging that – and what it says about what’s happening to us – we ignore it and try to call Trump’s reality-bending something more familiar, more palatable for our democratic society, like a culture war.

This mask debate also has nothing to do with identities like Republican or Democrat. They are irrelevant if we are to take those words to mean what they have meant for the last few decades.

In the past, a disagreement between those two parties would mean a disagreement between two democratic (little d) parties. That’s not what this is. That old distinction was rendered meaningless when Republicans abandoned reality, the rule of law and consensus. Instead Republicans must accept reality as it’s handed down by Donald Trump, and their caterwauling over masks is simply another example of that. It has nothing to do with “liberty.”

America is in the throes of what Hungarian sociologist Bálint Magyar calls an “autocratic attempt.” It is the first stage on the way to totalitarianism. In his framework the autocrat tries to bend rules and norms until they break. The attempt is followed by an “autocratic breakthrough” and then “autocratic consolidation.” The transition is not a “slide,” which implies that it moves at a steady, predictable clip. It is a tug of war.

That is to say these sort of autocratic attempts don’t come without some pushback from within the institutions that are being broken . At times we see the GOP struggling with its transition from its old democratic self. And that struggle is especially difficult during the coronavirus because it is such lethal force of reality.

Last week, Trump was was pressing Republicans to subvert reality in his favour by leaving funding for more testing out of the upcoming coronavirus aid bill. Thankfully that attempt failed.

That failure was the moment when Trump lost his crusade against masks. It was because of a lack of raw political power, not because he has any respect for public health or society’s consensus. If he senses his power returning, do not be shocked if he reverses course on masks again.

Trump firmly believes he is entitled to control reality, to assert himself and his followers above all else. His politics are not the politics of seeking accord, because fascism is not about accord, it’s about domination. It is not a debate. It is a demand. But we do not have to accede.