Marvel’s movies aren’t just for humans – ants have heroes too. And Marvel thinks they like a night out at the cinema as much as anyone, because look: 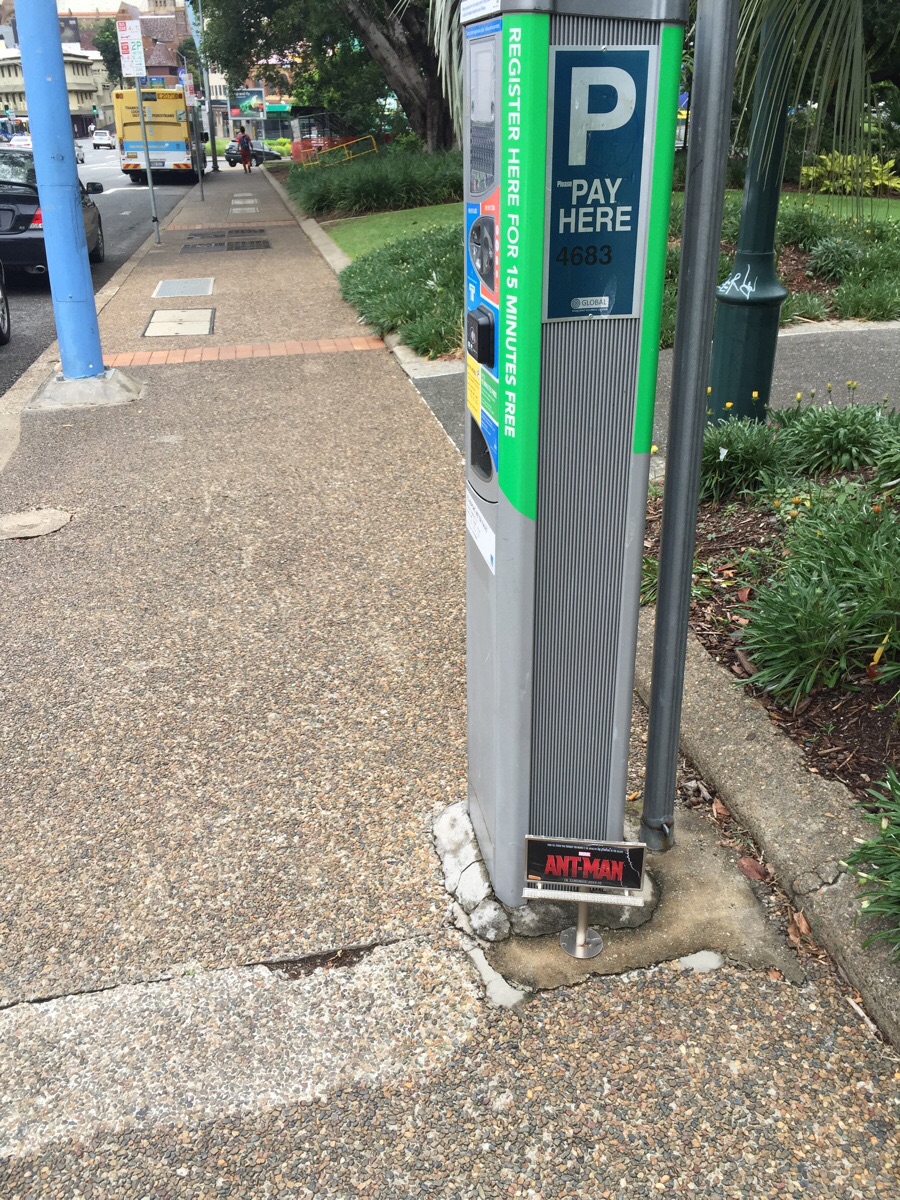 Ant-Man is still some way off premiering here in Australia on July 16, but all the usual hype is building for a Marvel film that has the same “unconventional hero” feel as last year’s surprise hit Guardians of the Galaxy.

Unconventional movies call for unconventional promotion, so these tiny billboards have been popping up in Australian capital cities over the past few days:

ScreenCrush reports people noting the billboards are “insanely detailed and even have battery-powered LED lights to be seen at nighttime”.

Cute, but our favourite is the actual ant bus-stop:

Ant-Man stars Paul Rudd as the hero and Michael Douglas as scientist Hank Pym. It will be the 12th movie in the Marvel Cinematic Universe and has had a somewhat troubled development since it was flagged in 2006.

After completing what Avengers director Joss Whedon termed “the best script that Marvel had ever had”, screenwriter and Shaun of the Dead director Edgar Wright left the project a year ago due to creative differences.

It was rewritten – partly by Rudd himself – and the first trailer left fans nonplussed, but an update last week has everyone back on board for what looks like a fun ride: