Marvel insiders say they're sceptical of its recent pledge to improve diversity in its comics and company, after employing only 2 Black editorial staffers in the last 5 years 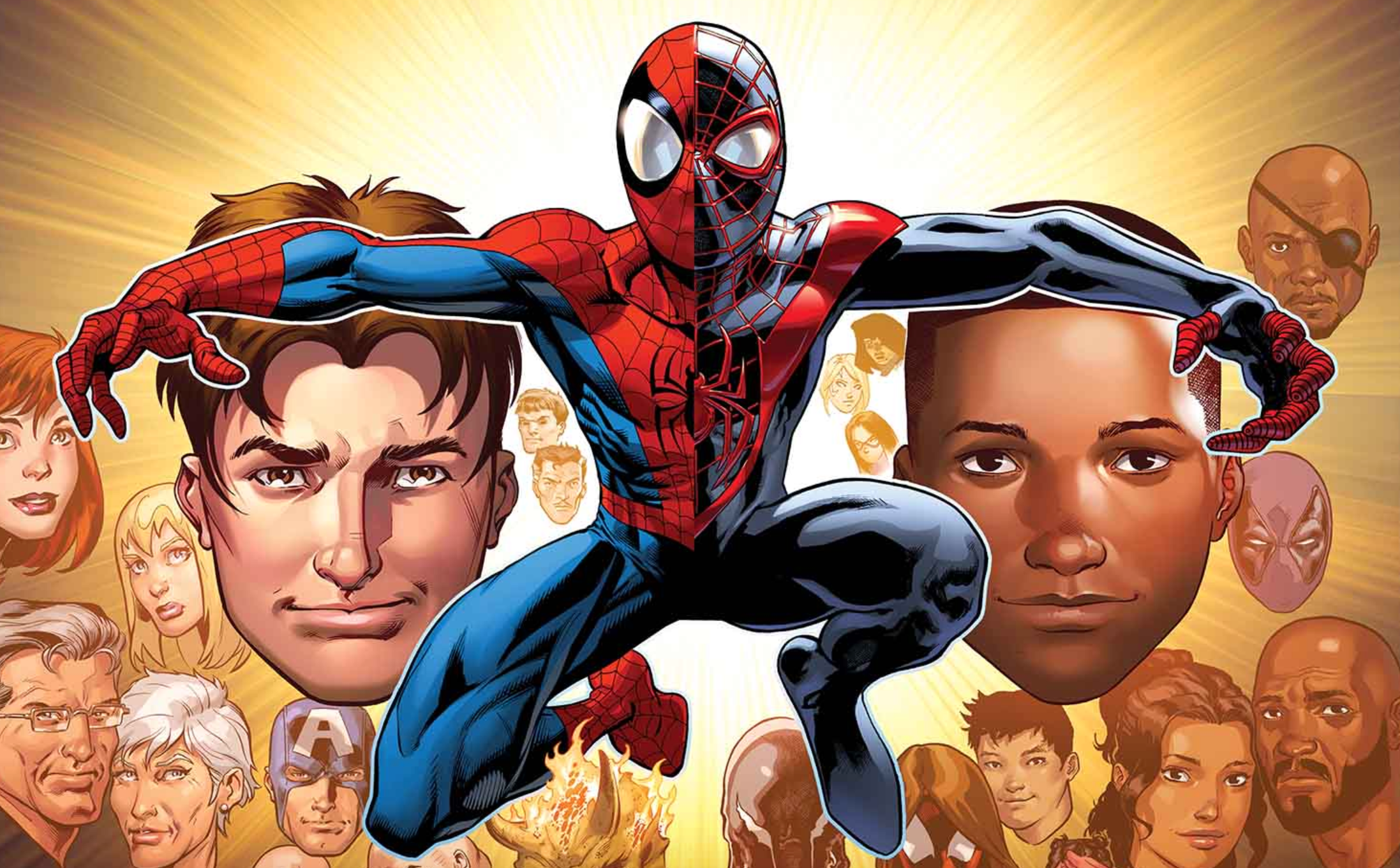 Miles Morales was the character who pulled Charles Beacham into the world of comics.

Beacham was studying journalism at Brigham Young University, in Utah, when he walked into a comics shop in 2011 and picked up a copy of Morales’ first appearance. Beacham, who is Black, said he was amazed to see Morales – a teenage Spider-Man who has a Black father and Puerto Rican mother – in its pages.

“When I was growing up, I always wanted to be the red Power Ranger, and the other kids would say I had to be the black Ranger,” Beacham said. “The same thing happened with Spider-Man. They’d say, ‘You can’t be Spider-Man because Peter Parker’s not a Black dude.’ Seeing Miles Morales made me wish I had that as a kid.”

Morales propelled Beacham into comics and into Marvel itself, where he worked as an assistant editor.

“I didn’t have job prospects when I moved to New York in 2013, but the goal was to work for Marvel because of Miles Morales,” Beacham said. When he landed a job at the company the next year, he loved it.

But Beacham, now 31, was living in New York City with a child on a $US38,000 salary. He said that after three years as an assistant editor, from 2014 to 2017, without a promotion, he was ready to leave. It wasn’t about the money as much as the lack of a path forward.

“I thought I’d be at Marvel forever,” he said. “If they had promoted me I’d probably still be there and surviving on ramen.”

Beacham is one of two Black editorial staffers to have worked at Marvel in the past five years, the company confirmed. The second Black staffer, also an assistant editor, left this year after five years without a promotion or raise, a person familiar with the matter said. The editorial team of about 18 people now has two people of colour.

“I want to be back there all the time,” Beacham said. “But when it comes down to it, my voice and what I brought to the table wasn’t valued equally.”

Disney-owned Marvel has grown into a cultural force that extends beyond its comic books and into movies, video games, and other media. The comics are the foundation for it all, including the Marvel Cinematic Universe, which has become the highest-grossing movie franchise of all time.

The stories that Marvel’s small editorial team helps shape are central to popular culture in the US and around the world.

“Who works on these stories can help broaden them,” said Regine Sawyer, the founder of Women in Comics Collective International, which helps to spotlight the comics work of marginalised people.

That was clear from 2011 to 2017, when Marvel ushered in a new era for its comic books under then editor-in-chief Axel Alonso, who is Mexican American.

New and diverse characters like Morales took centre stage instead of Marvel’s decades-old classic characters, who were primarily white. These characters inspired new fans like Beacham, and continue to inspire new fans as they make their way to other media.

But by 2017, Marvel’s comic sales had fallen. Marvel’s president of sales, David Gabriel, publicly blamed it on diversity. Alonso exited the company and was replaced by a white man in the role of top editor. Marvel reversed course.

Now, in the aftermath of the killing of George Floyd and the protests that followed, Marvel is promising to once again introduce more diversity to its ranks and its stories.

In addition to Beacham, Business Insider spoke with two former Marvel editors and a current editor. Aside from Beacham, the Marvel insiders spoke on condition of anonymity to protect their stance at the company or job prospects. They said they weren’t confident in Marvel’s latest initiative.

“The guy who made a commitment to diversity and wanted to try new things was fired,” a former Marvel staffer said, referring to Alonso. 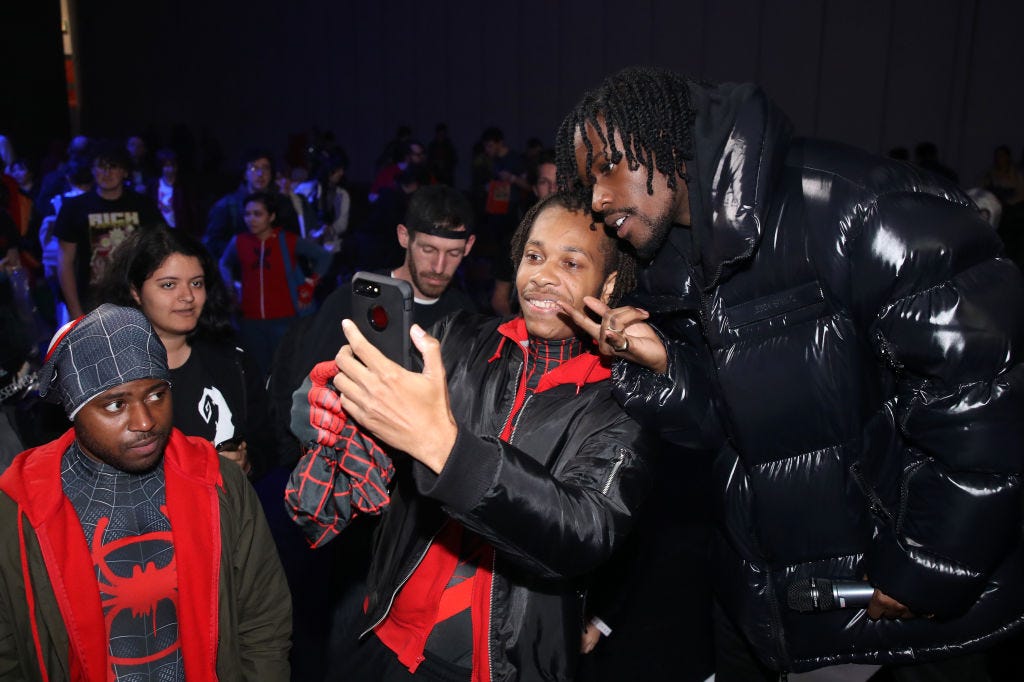 ‘Spider-Man with an asterisk’

Alonso led Marvel through a bold era during his time as editor-in-chief starting in 2011, helping to establish a diverse slate of characters.

It wasn’t a new phenomenon in comic books. Characters are regularly passing on their mantles, at least for a while. Dick Grayson, the first Robin, was DC’s Batman for a time in the early 2010s, for instance. Sam Wilson wasn’t the first person to take over as Captain America. This era at Marvel Comics, however, was notable for how it emphasised diversity.

But by 2017 – Alonso’s final year as editor-in-chief – the company’s sales had plummeted.

“What we heard is that people didn’t want any more diversity,” David Gabriel, the vice president of sales at Marvel Entertainment, said that year in an interview with ICv2, a website that covers the comics business.

What Gabriel meant by “core Marvel character” were the classic, decades-old characters being sidelined for new, younger, and more diverse characters.

Seven months later, in November 2017, Marvel’s Alonso stepped down from his role and was replaced by C.B. Cebulski, a white man.

“The comics that [Alonso] made me think I could work in comics,” Beacham said. “But when a Latinx guy is scapegoated for diversity and replaced by a white dude, and the sentiment was that Marvel was ‘getting away from its roots,’ what does that mean?”

In a statement after his 2017 comments, Gabriel emphasised that “our new heroes are not going anywhere.”

But in the months between that retailer summit and Alonso’s exit, Marvel introduced an initiative for editorial staff that had been discussed internally for some time: Phase out the familiar superhero codenames for some newer, diverse characters and give them their own, two former assistant editors including Beacham said.

Marvel confirmed to Business Insider that it had previously considered stripping Morales of his Spider-Man title and giving him a new name, but has no plans to do so right now. Marvel added that it discusses status quo changes for all of its top characters.

Today, some of the classic characters have been thrust back into the spotlight. Steve Rogers has taken back the mantle of Captain America, and Thor is a man again. Miles Morales shares the Spider-Man title with Peter Parker, the original Spider-Man.

Morales has grown in popularity beyond comic books, having starred in Sony’s Oscar-winning animated “Into the Spider-Verse” movie in 2018 and in a coming PlayStation video game called “Spider-Man: Miles Morales.”

Beacham said he was glad that Morales continued to be a Spider-Man.

“It would have made him less important,” Beacham said of Morales’ losing the Spider-Man title. “He becomes Spider-Man with an asterisk. It takes away the power for kids who relate to this character.” 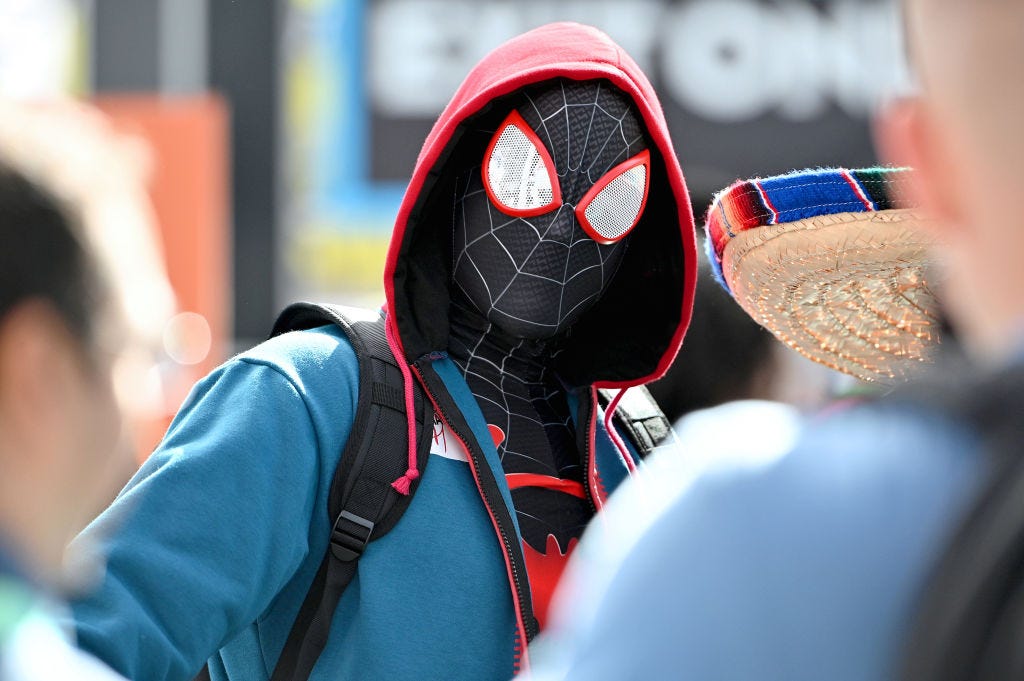 Now, Marvel’s comic-book slate is once again largely focused on classic characters, though characters like Morales and Khan remain. And there are some comics starring diverse characters from creators of colour, like Ta-Nehisi Coates’ “Black Panther.” But their stories are in the hands of an editorial department run by an establishment of white male leadership.

“There’s not a lack of people who can do the work,” said Yumy Odom, the founder of the East Coast Black Age of Comics Convention, which helps to showcase the talents of creators of colour. “But it’s about how receptive the industry is to them. I can think of 20 creators, mostly African Americans, who would be ready to work at Marvel.”

Women faced an uphill battle at Marvel as well, the Marvel editors said. A female former assistant editor told Business Insider that she was never promoted or given a raise from her $US30,000 salary in her three years at the company. She said she got promoted within a year at her new company, a different comics publisher.

The Marvel insiders said a notable exception was Sana Amanat, who is Pakistani American and a former editor. She is now Marvel’s head of content and character development, a leadership role outside the editorial department. 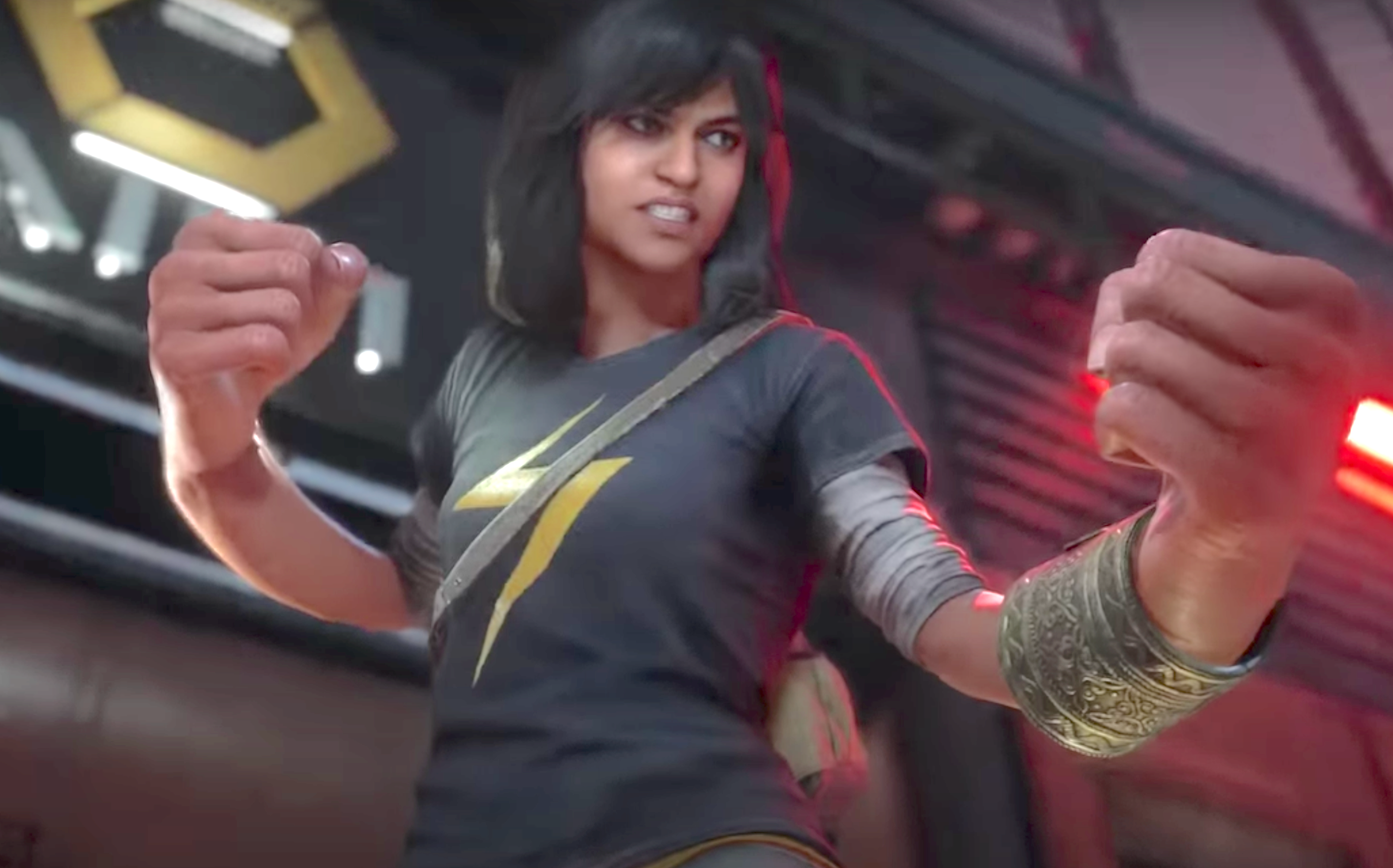 Marvel has significantly bounced back from its 2017 sales decline, which might suggest that the refocus on its classic characters reeled longtime readers back.

Of the top 100 best-selling comics of 2020 so far, 69 belonged to Marvel, as of Wednesday, including four of the top five, and the company has accounted for 41% of comic sales this year, according to industry website Comichron. Three years ago, Marvel was lagging behind DC, its biggest competitor.

An example of the start of this resurgence was the first issue of Marvel’s “Amazing Spider-Man” relaunch – starring the original Spider-Man, Peter Parker – which ranked fifth in 2018 out of all comics, according to data from Comichron. In contrast, when Marvel launched a series called “Miles Morales Spider-Man” in that year, the debut issue didn’t crack the top 200 best-selling comics.

“People of a certain age have a connection with Peter Parker, not Miles Morales,” a former Marvel staffer said. “Years from now, that may be different.”

The current and former Marvel staffers Business Insider spoke with said they were hopeful that readership could broaden, particularly now that characters such as Morales and Khan are being introduced to audiences in other media like movies and TV. Khan is to appear in a Disney Plus TV series and the upcoming “Avengers” video game, for instance.

There are signs that the comics industry is going through a larger shift in how people read and who is reading, which could also spur change.

Last year, comic sales through the “book channel” – which includes chain and independent book stores and online retailers like Amazon – surpassed comic-book stores for the first time, driven by the increased popularity in children’s graphic novels, according to an analysis by ICv2.

Milton Griepp, the chief executive of ICv2, said at the New York Comic Con conference last year that the shift could usher in a new audience for superhero comic books.

“There’s a whole cohort of young readers that are being introduced to this medium and may graduate to other forms of content in the comic format over the course of their lifespans,” Griepp said.

Beacham said: “Marvel needs to figure out the next stage of its core demographic because it could change rapidly.”


Have a tip? Email the author at [email protected] or DM him on Twitter @TravClark2