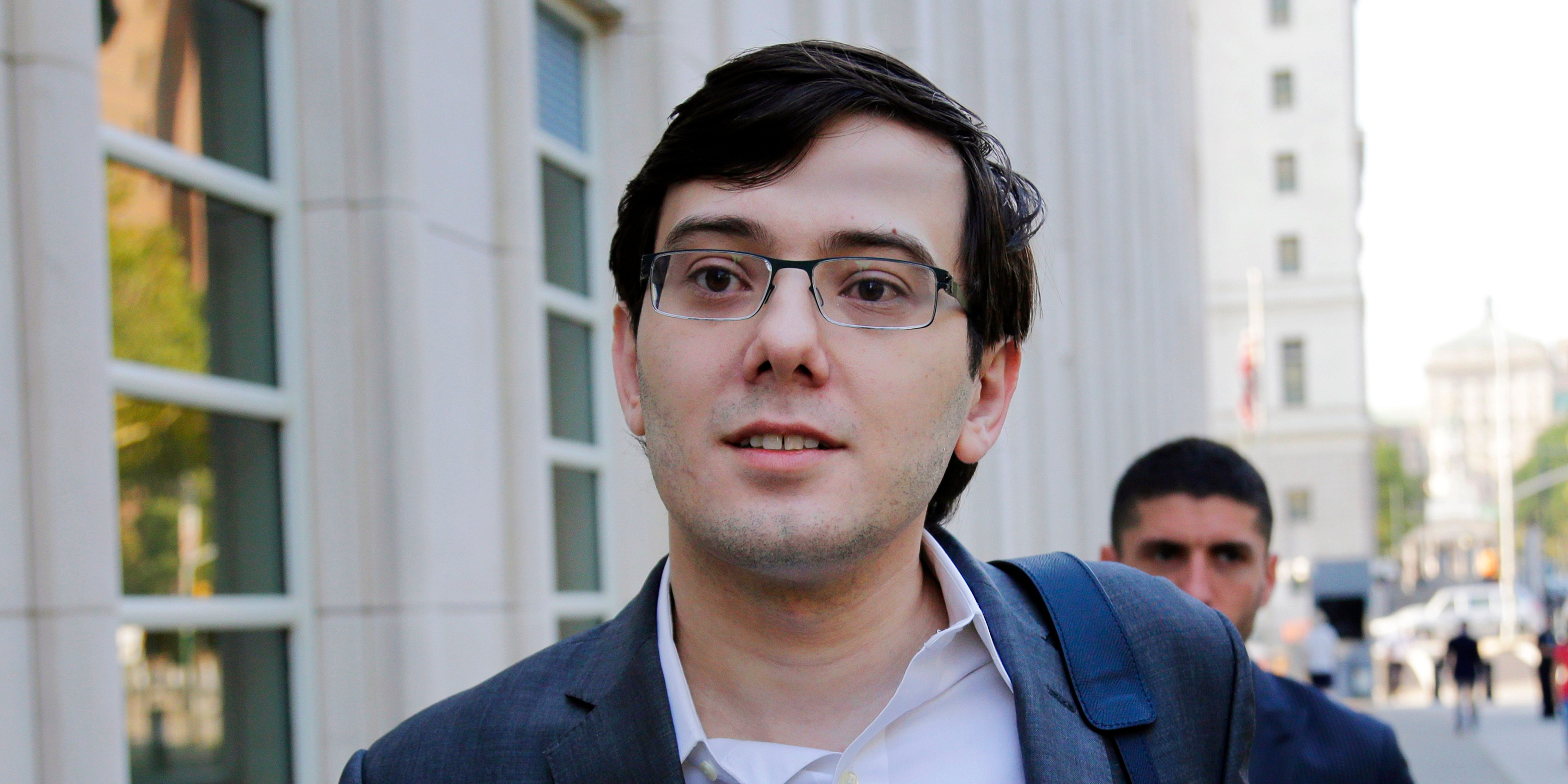 Christie Smythe still has hope for a future with convicted former pharmaceutical CEO, Martin Shkreli, according to a new Fox News report.

“I would love Martin to get out,” she told FOX News’s Laura Ingle. “I would love him to start working on something productive that helps the world. And I’d like to play some sort of role in helping him get there. That’s my dream.”

The former Bloomberg journalist made headlines back in December when Elle published a profile that detailed Smythe’s decision to quit her job and get a divorce in order to pursue a romantic relationship with the disgraced Shkreli, a man she had once covered professionally.

Smythe first became familiar with Shkreli as a reporter covering white-collar crime for Bloomberg News. In 2015, she broke the story that he was under federal investigation for breaking securities laws. Shkreli is currently about halfway through serving a seven-year sentence for the charges. He became infamous that same year in an unrelated matter, for hiking the price of Daraprim, an AIDS treatment drug, from $US13.50 to $US750 per pill.

As Smythe continued to cover Shkreli for work, she became closer with him, visiting him in prison, and eventually divorcing her husband and freezing her eggs in order to start a family with Shkreli once he’s out.

She said she began to feel like “an advocate” for Shkreli while he was in prison. She challenged critical tweets of him online, and when her bosses called her in to discuss her “biased and unprofessional” behaviour, she quit.

Smythe told Ingle she’s had to face criticism from fellow women journalists about the way Shkreli treated them, and while she said she doesn’t support harassment, she does believe Shkreli felt his comments were justified.

“He’s just a very, very eccentric person. It doesn’t play well in public, especially in negative light. He is phenomenally intelligent and charismatic, but also has no emotional intelligence and very little common sense and is very awkward,” Smythe told Ingle on FOX. “And if you combine all of those things, you get kind of this public relations disaster.”

But when Shkreli found out about the Elle article, he reportedly stopped communicating with Smythe. She told journalist Stephanie Clifford that she believed he stopped talking to her out of concern for what the fallout of the article might mean for Smythe.

When Elle reached out to him for comment on their story, his statement read: “Mr. Shkreli wishes Ms. Smythe the best of luck in her future endeavours.”

But according to Smythe, the two are now back on speaking terms. Smythe told Ingle that she and Shkreli have been talking via email and phone calls and are trying to figure out what comes next.

A federal judge earlier this week rejected Shkreli’s second request for an early prison release. The judge was sceptical about Shkreli’s claim that the prison’s lockdown due to the pandemic has caused his mental health issues to weaken his immune system, making him more susceptible to the virus, according to the Associated Press.

Despite the roadblocks, Smythe told Ingle she doesn’t feel like she threw her life away, as some headlines have suggested.

“I chose a different path. And it wasn’t for Martin specifically. Martin definitely was a catalyst, but helped kind of propel me in that direction,” Smythe told Ingle. “But, you know, I chose freedom, essentially.”