Google is the latest corporate giant to halt donations to Republican lawmakers who voted against Biden's certification as president, joining Amazon and Walmart 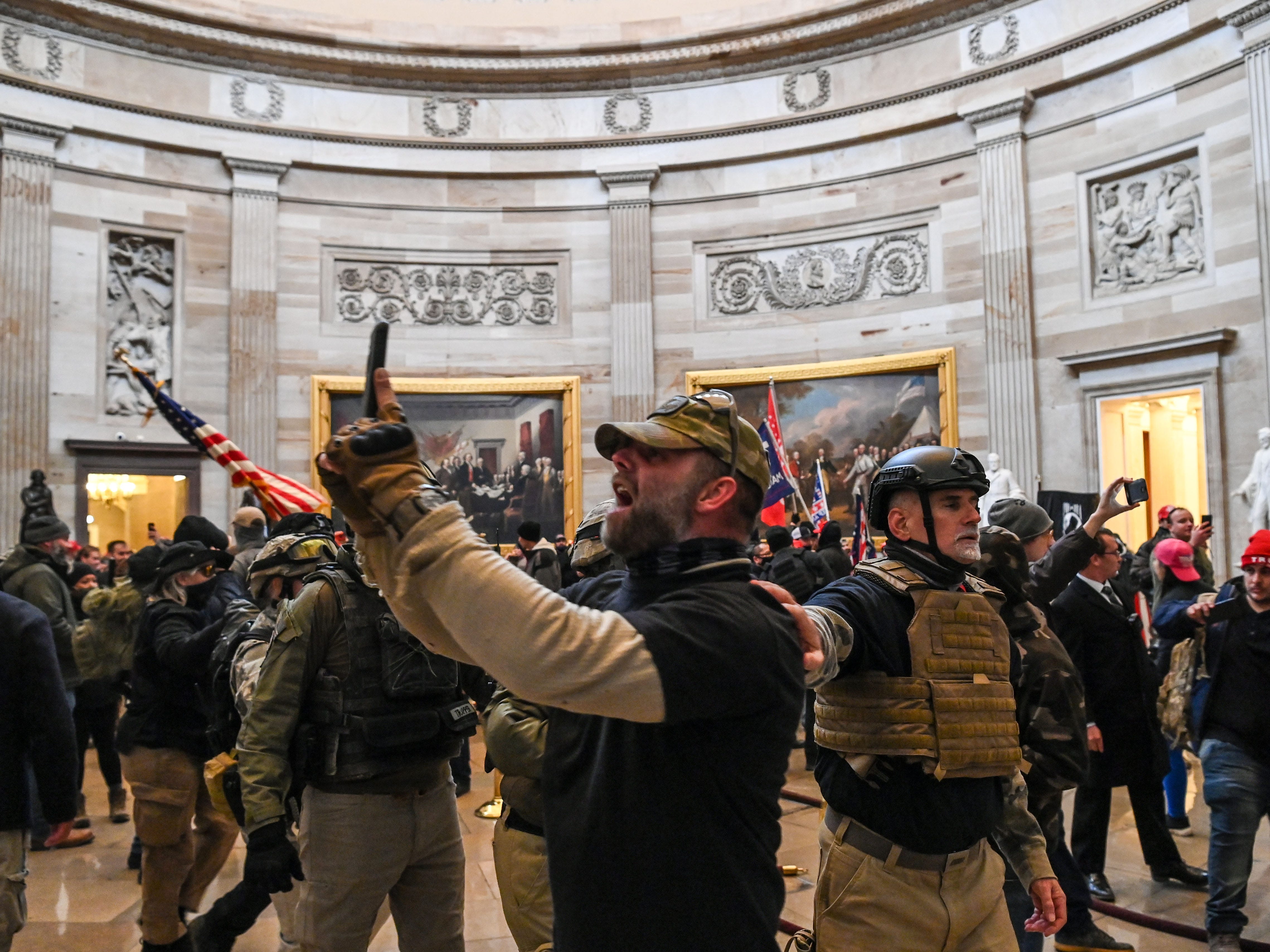 SAUL LOEB/AFP via Getty ImagesSupporters of US President Donald Trump broke into the US Capitol on January 6.

It won’t make any contributions to them this cycle, a Google representative told Insider. It had previously announced plans to pause all donations to both Republicans and Democrats for the quarter.

Its political action committee has donated to Sen. Ted Cruz of Texas, one of the most prominent lawmakers who opposed Congress’ certification of Biden’s win in at least one state.

This followed similar announcements from Marriott International, Amazon, Walmart, Morgan Stanley, Dow, Airbnb, and AT&T. Some companies, including JPMorgan and Facebook, said they would pause all political donations.

Congress met January 6 to certify the results of the 2020 US presidential election. Fuelled by months of conspiracy theories and baseless allegations of election fraud pushed by President Donald Trump and his backers, rioters stormed the Capitol and delayed the process for a couple of hours. Five people died during the siege.

Congress ultimately voted to certify Biden’s win, but eight Republican senators and 139 representatives rejected some of the results. Among them were Cruz, Sen. Josh Hawley of Missouri, and Sen. Tommy Tuberville of Alabama. Several other GOP lawmakers had suggested they’d object but reversed course after the riot.


Read more:
Lawmakers, Hill staffers, and reporters recount the harrowing experience as a pro-Trump mob broke into the Capitol to protest the electoral-vote count

“Just coming out with another public letter isn’t going to do much,” Thomas Glocer, a former CEO of Thomson Reuters, said last Tuesday after a meeting in which top business executives discussed the impact of pulling political donations.

These views were echoed by Donald Hambrick, a professor of management at Penn State’s business school who told Insider that senators who backed Trump’s election challenge might rethink their stance on impeachment after losing corporate funding.

“These corporations could have a substantial effect on senators’ votes,” he said.

Employees are able to donate to political parties through political action committees, which pool donations from members.

Marriott, the world’s largest hotel chain, was one of the first large companies to pull funding after the siege.

“We have taken the destructive events at the Capitol to undermine a legitimate and fair election into consideration and will be pausing political giving from our Political Action Committee to those who voted against certification of the election,” a spokeswoman told Insider.

Some financial giants have also made the move. A Morgan Stanley representative told Bloomberg the firm would also halt donations to the GOP lawmakers who voted against certifying Biden’s win, and Commerce Bank is similarly halting PAC contributions to officials who it said had “impeded the peaceful transfer of power.”

The chemical giant Dow told Insider it would suspend funding to those Republicans for one election cycle, including contributions to the candidates’ reelection committee and their affiliated PACs. The company added that it was “committed to the principles of democracy and the peaceful transfer of power” and said its values guided its political contributions.

The Blue Cross Blue Shield Association, which provides healthcare coverage to about 100 million Americans, said it would suspend contributions “to those lawmakers who voted to undermine our democracy.”

“At this crucial time, our focus needs to be on working together for the good of the entire nation,” Comcast told Insider.

And financial giants including JPMorgan and Citibank alongside the tech firms Google, Microsoft, and Facebook have said they will temporarily pause all political donations to both Republicans and Democrats.

Berkshire Hathaway Energy, Ford, and Bank of America told Popular Information they would review donations on an individual basis.

How corporate America responded to the siege

“Cutting funding hits these politicians where it hurts,” Penn State’s Hambrick told Insider, describing it as the most “profound” action companies could take against lawmakers.

But pulling PACs isn’t the only way corporate America has responded to the siege.

The e-scooter startup Lime has vowed never to give money to businesses connected to Trump or Jared Kushner, Trump’s son-in-law, and has scratched Trump’s properties from its list of approved corporate-travel hotels for its 600 employees. The PGA, meanwhile, pulled its 2022 Championship tournament from Trump’s New Jersey golf course, and Simon & Schuster cancelled the scheduled publication of Hawley’s coming book, “The Tyranny of Big Tech” (it was picked up by a different publisher, Regnery).

Some of Trump’s staunchest supporters also distanced themselves after the riot. Blackstone’s chairman, CEO, and cofounder, Stephen Schwarzman â€” a longtime Trump ally who previously defended the president’s election-related lawsuits during a call with top American CEOs â€” said he was “shocked and horrified.”