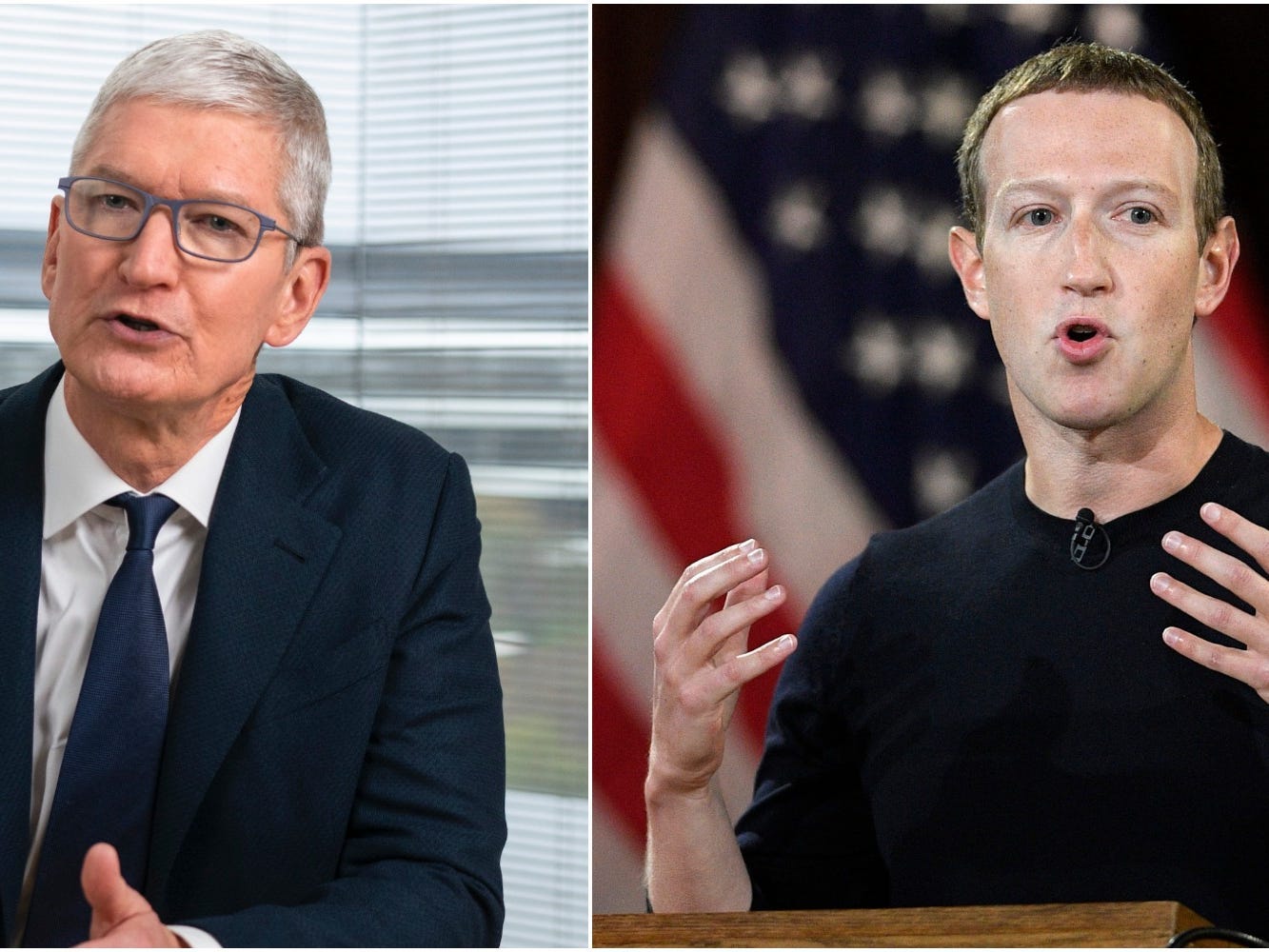 Reports of a long-time feud between Facebook CEO Mark Zuckerberg and Apple CEO Tim Cook have resurfaced, with The Wall Street Journal reporting on angry comments apparently made by Zuckerberg in 2018.

Per the Journal, as a row brewed over Facebook’s data collection practices, Tim Cook gave an interview on national television. During the appearance, Cook claimed Apple would never have found itself in the same position as the social media company.

According to the Journal, people familiar with the matter said Zuckerberg’s comments in private went far beyond his public response that Cook was being “extremely glib.” The Facebook chief reportedly told his team that ‘we need to inflict pain,’ for what he considered to be the poor treatment of his company, the report said.

The tensions between the pair became public in 2014, when Cook criticised Facebook’s business model.

In the intervening years, tensions appear to have heightened. More recently, Cook took a swipe at Facebook after Mark Zuckerberg accused Apple of misleading users. That particular row centered on an iOS privacy update.

As Insider reported, Cook expressed annoyance over business models that prioritised engagement above all and gathered user data to target users with advertising. Although he didn’t mention Facebook by name, it was a fairly transparent jibe at the social media network, the report stated.

The iOS update will make it far easier for users to decline to have their data tracked to enable targeted advertisements,DW reported recently. Tracking can already be switched off on Apple devices, but only if users search through their settings to disable it.

Once the update arrives, every user will be able to refuse such data tracking when setting up a device, per DW.

Facebook is trying to pre-empt the move by asking users for permission to track their data so it can target them with ads. As Insider reported, the request will take the form of a pop-up, which tells users that allowing trackers means they “get ads that are more personalised” and “support business that rely on ads to reach customers.”

Facebook’s position is that Apple is self-preferencing and has carved out policies that benefit it. According to the social media giant, Apple’s definition of “tracking” is that data has to pass through a third party to be considered tracking. It stated that by definition, that applies to every app and website and business â€” except Apple who owns the operating system.

According to Facebook, Apple has also extended special privileges for their own ad measurement and is misleading users about their own data practices by not sharing in their app privacy labels that they connect identifiers to account information, the same way they are making their competitors do.

Apple did not immediately respond to Insider’s request for comment.

In a statement to Insider, Facebook said: “This is not about two companies â€” this is about the future of the free internet. Apple is creating two sets of rules â€” one for themselves and one for small businesses, app developers, and consumers who lose out. Apple claims this is about privacy, but it’s about profit, and we’re joining others to point out their self-preferencing, anti-competitive behaviour.”

This story has been updated with further information from Facebook.