Mark Zuckerberg just suggested that Facebook might one day offer a paid, premium version of its social network.

During Zuckerberg’s testimony on Capitol Hill on Tuesday, Republican Sen. Orrin Hatch asked whether Facebook would always be free.

“Yes,” Zuckerberg said, “there will always be a version of Facebook that is free.”

The reason that’s important is that Zuckerberg said a version of Facebook would always be free.

That’s a marked difference from the company’s insistence that Facebook will always be free, period. You can see that on Facebook’s front page, which tells people who sign up that “it’s free and always will be.”

If you read between the lines of Zuckerberg’s comment, there’s a suggestion Facebook is leaving itself open to offering a paid version, perhaps without ads, at some point down the road. That could help Facebook ease some of the concerns about its use of users’ data for ad targeting.

Zuckerberg provided a bit more detail when the topic came up again during Tuesday’s 5-hour hearing.

Facebook has considered a paid-for, ad-free version of the service, Zuckerberg acknowledged, though he stressed that the current, advertising-based version remains the ideal system.

“In general we believe the ad model is the right one for us,” Zuckerberg said – but “certainly we consider ideas like that… [it is] reasonable to think through.”

In other words, don’t expect to see a paid version of Facebook coming anytime soon. But for the first time, Facebook isn’t publicly ruling it out anymore. 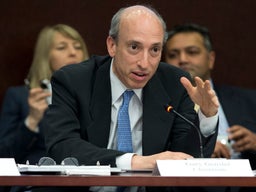 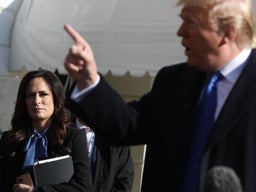