Mark Zuckerberg and his wife Priscilla Chan will donate $US25 million to the Centres for Disease Control Foundation, the Facebook founder announced Tuesday.

The Ebola outbreak in West Africa has infected at least 8,000 people and killed more than 4,000, making it by far the worst in history. The World Health Organisation has estimated that at least $US1 billion will be needed to stop it, so Zuckerberg’s donation will provided much-needed funds. But how will they be used?

“This significant contribution from Mark Zuckerberg and Dr. Priscilla Chan will help us rapidly advance the fight against Ebola,” CDC Director Tom Frieden said in a statement.

The gift “will provide flexible funding allowing [the] CDC to address the most pressing needs as the epidemic shifts and evolves,” explained CDC Foundation president Charles Stokes.

The money will go to the CDC Foundation’s Global Disaster Response Fund, “to help expeditiously address needs that are identified by CDC experts on the ground, and that could otherwise go unmet,” the statement said. Those needs include things like:

More than 1,000 CDC staff have been involved in the Ebola response, and 150 will soon be on the ground in Liberia, Guinea, and Sierra Leone. Frieden has repeatedly emphasised that the only way to contain the outbreak is to get it under control in West Africa.

“It’s easy to say Ebola is still small compared to other diseases or that it’s mostly in other countries and won’t affect us,” Zuckerberg wrote, in explaining why they chose to make a donation. “But if we don’t get this under control soon, then it will spread and become an epidemic we have to deal with for decades to come.” 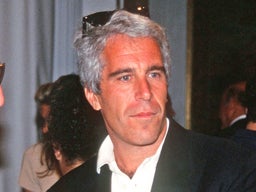