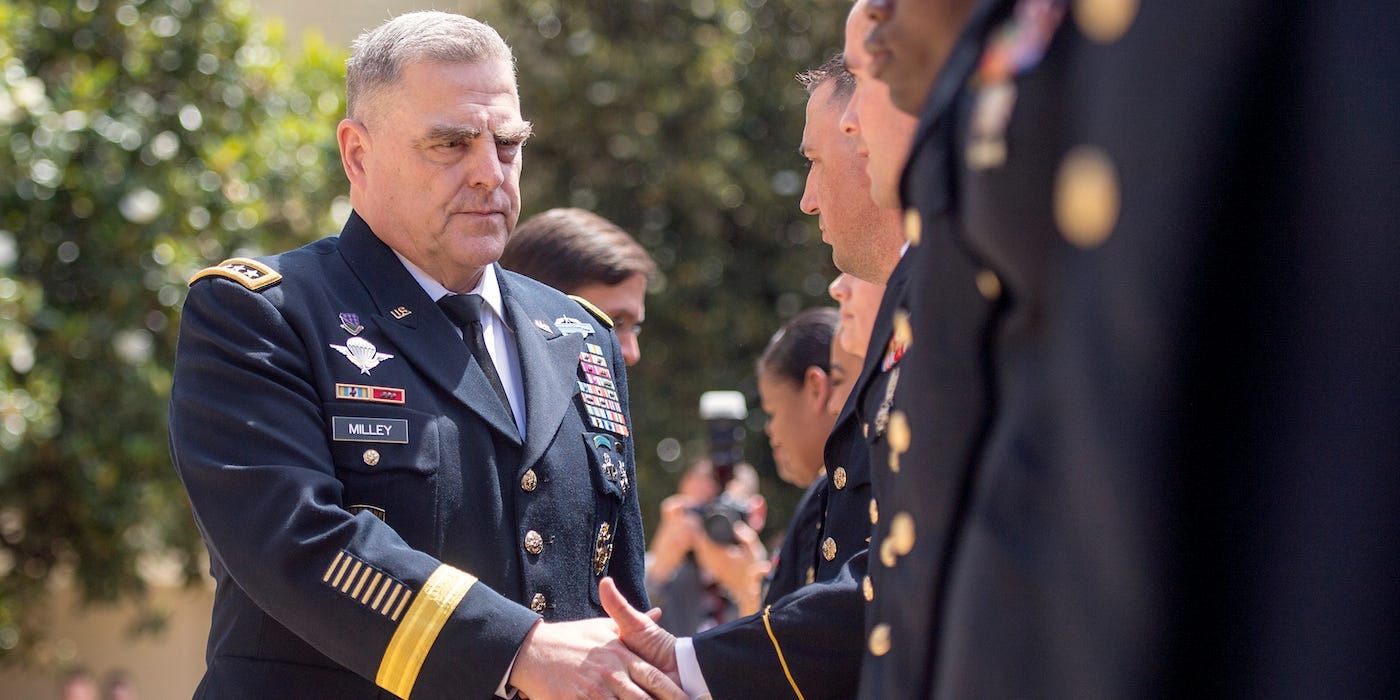 US Army Gen. Mark Milley, chairman of the Joint Chiefs of Staff, and his fellow service chiefs condemned the Capitol Hill riots and contrary to the ideals of their service.

“The violent riot in Washington, D.C. on January 6, 2021 was a direct assault on the U.S. Congress, the Capitol building and our Constitutional process,” Milley and the other admirals and generals said in a statement on Tuesday.

“We witnessed actions inside the Capitol building that were inconsistent with the rule of law,” the statement said. “The rights of freedom of speech and assembly do not give anyone the right to resort to violence, sedition and insurrection.”

The military has been a focus of the riots after several veterans were involved, including a Capitol Hill police officer who died; and a supporter of President Donald Trump. Both were veterans of the US Air Force.

Jake Angeli, otherwise known as the “shaman” of a fringe group that peddles conspiracy theories, is reportedly also a US Navy veteran and is accused of participating in the riots. At least five people died during the storming of the Capitol.

Law enforcement agencies, including the FBI, are still investigating the incident combing through pictures and videos taken at the scene. According to the images and footage from the area, numerous people wore patches of individual military units, ostensibly to indicate which units they previously served in.

Protesters swarmed the Capitol as a joint session of Congress was in session to count, and certify, the 2020 presidential race’s Electoral College votes. The uniformed leaders said in no uncertain terms that President-elect Joe Biden “will be inaugurated and will become our 46th Commander in Chief.”

“As Service Members, we must embody the values and ideals of the Nation,” the letter said. “We support and defend the Constitution. Any act to disrupt the Constitutional process is not only against our traditions, value, and oath; it is against the law.”

“Stay ready, keep your eyes on the horizon, and remain focused on the mission.”