Mark Cuban tells Sen. Ted Cruz to 'have some balls for once' over national-anthem dispute 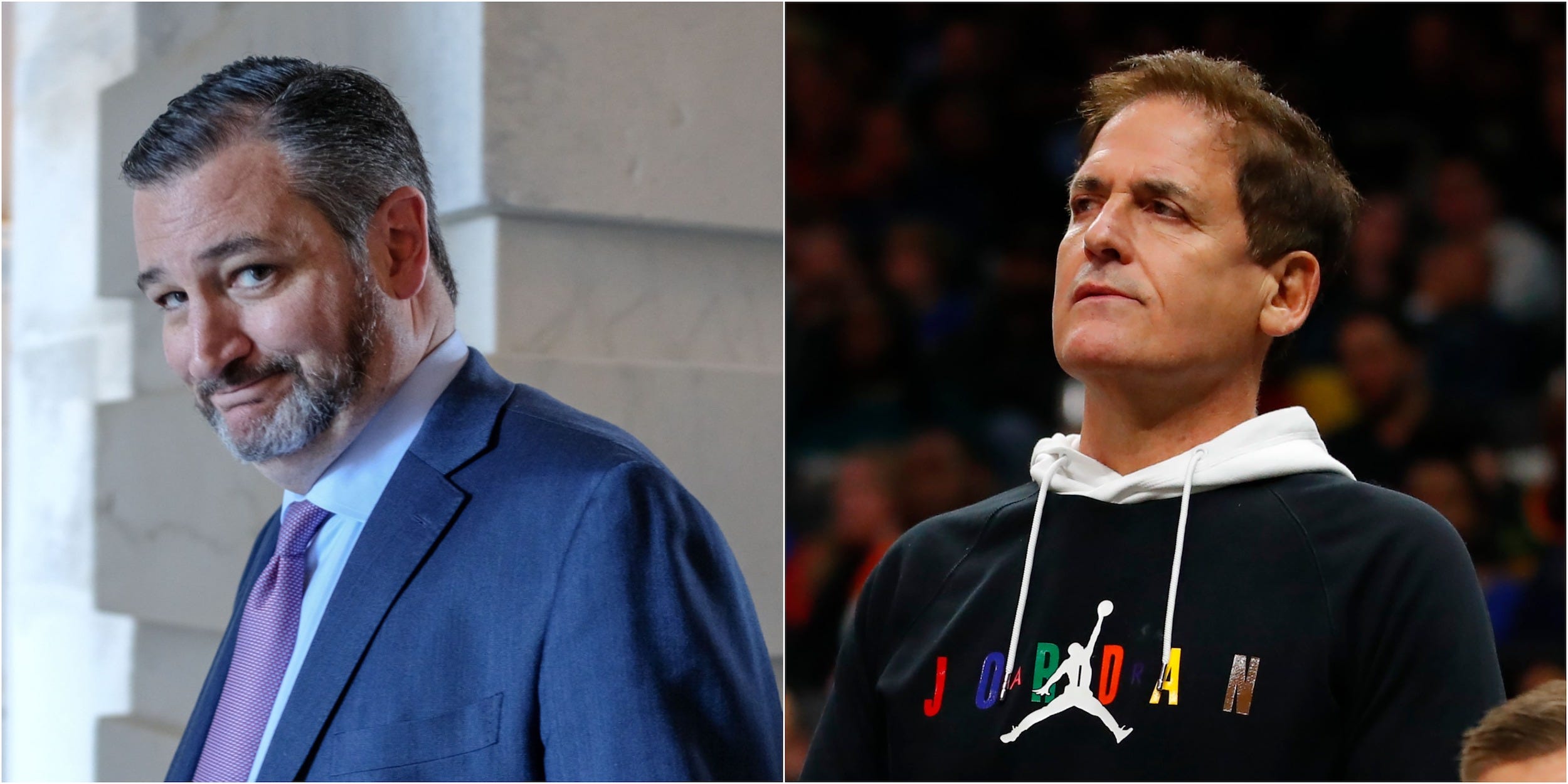 Everything is bigger in Texas, the saying goes, including the Twitter beef.

A bitter Lone Star State showdown escalated on Monday morning when Mark Cuban, the entrepreneur and owner of the NBA’s Dallas Mavericks, told Republican Sen. Ted Cruz of Texas to “have some balls for once.”

The spat started when Cuban dunked on a talk-radio host who said he would be off the Mavs bandwagon “the minute one player kneels during the anthem,” referring to the anti-racism protest championed by the former NFL quarterback Colin Kaepernick.

NBA is telling everyone who stands for the flag, who honors our cops and our veterans, to “piss off”? In Texas, no less?

Good luck with that. pic.twitter.com/AVWLMZIqu0

Have some balls for once @tedcruz. Speak to me. It's my tweet. https://t.co/QGza2qWoRR

Cruz responded with a series of questions about Cuban’s views on China.

The NBA has developed a tenuous relationship with the nation as the league tries to cultivate a bigger fan base overseas. In October, that feud blew up after a team’s general manager tweeted support for pro-democracy protesters in Hong Kong.

Still no answer from @mcuban

Can your players put that on their jerseys?

Can you condemn the CCP’s concentration camps w/ 1 million Uyghurs?

Can you say ANYTHING other than “Chairman Mao is beautiful & wise”? https://t.co/0XpLRaFSw2