Mark Cuban predicts podcasts and livestreams are only going to become more popular. He shares the best ways creators can use both to build up a following. Some people say it’s still “early days” for podcasting, but Mark Cuban believes the opposite. The signal he’s paying attention to? What major media companies are doing. 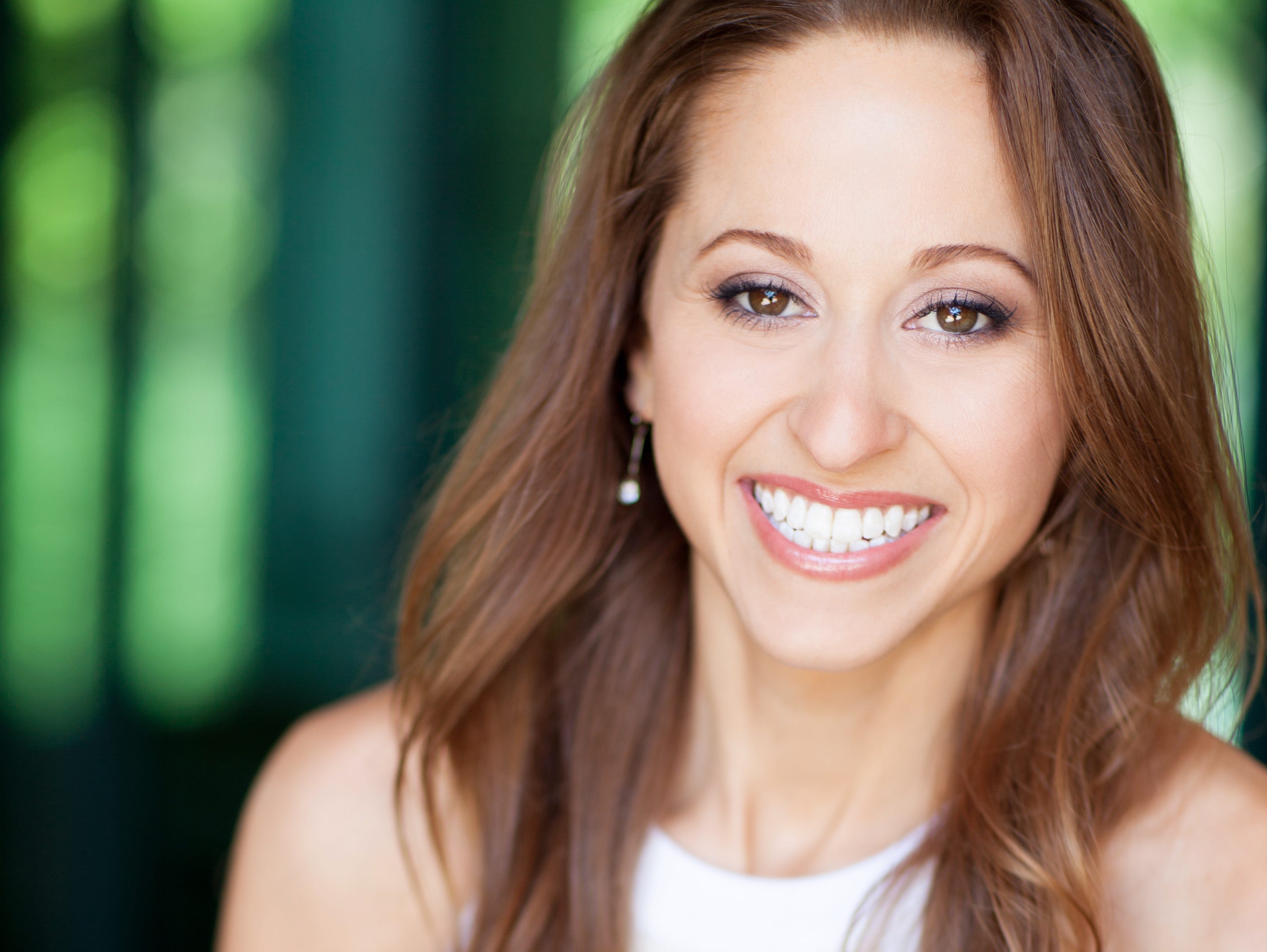 “When you see the aggregation and consolidation like we’re seeing now, with Spotify buying all these podcasts, that means it’s late days. The business has matured enough that they decided to buy into it,” Cuban said. For context, Spotify struck a deal worth more than $US100 million with Joe Rogan, host of The Joe Rogan Experience, in September.

“If it was early days, if it was still a free-for-all, they’d just bring in as many original podcasts as they could for dirt cheap and turn them all into stars, as opposed to buying [current] stars,” Cuban told me.

While Cuban doesn’t have a podcast of his own (yet), he’s reportedly co-founding an upcoming audio-first platform called Fireside. A recent report says it will allow creators to “broadcast, record, and monetise conversations” alongside helpful analytics, and it will likely compete with the buzzy invite-only conversation app, Clubhouse.

Of course, Cuban is also a longtime media magnate, with over three decades of experience in the media industry. He’s an investor in more than 160 companies, owner of the Dallas Mavericks, and a regular shark on ABC’s Shark Tank since 2011. In the 1990s, he and his cofounder Todd Wagner sold Broadcast.com, an online audio streaming company, to Yahoo for $US5.7 billion.

During our conversation, Cuban shared his unique insights about the current and future state of not just podcasting, but the entire media industry. We discussed both legacy media companies and independent creators.

Here are the main takeaways and my thoughts from our conversation:

1. Streaming is the future, and legacy companies need to get on board in order to survive

Legacy companies are at a crucial turning point, and they need to figure out what their ultimate goals are and how to disrupt themselves â€” the status quo just won’t cut it anymore.

They must figure out “how to kick their own asses,” Cuban said. “They’re trying to protect their legacy revenue streams, but they know that streaming is the future. You can’t pretend that old school linear television is going to continue to pay your bills forever.”

Cuban believes, to stay relevant and have a chance at growing and thriving, these companies need to evolve with their audience, just like Netflix did. Today, Netflix is regarded as this huge technology organisation, but don’t forget: The company got its start mailing DVDs to people. “That’s about as low tech as you can possibly get,” Cuban said.

But look at Netflix now. The shift to on-demand entertainment has made them a household name and an industry leader.

If legacy companies don’t analyse their specific situation and make a smart choice, they run the risk of losing out on great content. Because, ultimately, the best content creators want their work showcased where it will get in front of the most eyeballs.

Netflix has had more subscribers than cable TV for a few years now, and the pandemic has only accelerated the move toward streaming.

Cuban even confessed that “Shark Tank” has to have the conversation â€” will they continue to release episodes on Friday evenings, or will they switch over to streaming?

“You have to ask the question,” Cuban said. “And we’re going to have to make that decision in the very near future.”

2. These days, audio is just as competitive as video because the barrier to entry is lower and there’s no pressure to look nice

In the past, audio was the starting point, video was the future. But now, audio is a fantastic alternative to video. We’ve already seen audio-based apps, such as Clubhouse and Voxer, growing in popularity alongside podcasts in general.

Audio has caught up to video for a few reasons. First, it’s a much less formal environment.

“With video, you have to give a presentation of yourself in some manner,” Cuban said. “Unlike me, who doesn’t give a s–t about what he looks like, people like to do their hair and get dressed up and look presentable on their Zoom calls. With audio, that’s not an issue.”

Another big selling point for audio? The fact that it enables multitasking. I’ve noticed this first hand with my listeners who enjoy getting the news without having to stare at another screen. Instead, we can all listen to something while being productive in other ways at the same time: walking, getting ready for the day, taking a shower, etc.

And, of course, we can’t forget about the cost. Despite the fact that producing video has gotten much cheaper over the years, it’s still far more costly than audio. Personally, I’ve made a much bigger investment as my podcast, The NewsWorthy, (and its revenue) continues to grow, but I only needed a couple hundred bucks when I first launched.

It’s often more expensive to start, support, and stream video. “With audio, it costs next to nothing,” Cuban said.

3. As new technology emerges, media will continue to evolve â€” and creators must keep up

Even with so many different multimedia options out there already, Cuban believes we’re going to continue to see new manifestations of all types of media.

Just look at how Zoom has skyrocketed over the past several months. In just a quarter, the video conferencing company went from 10 million to 200 million daily participants. “That rate of change is not going to stop,” Cuban said.

On a basic level, Cuban says, podcasters and publishers must have their content available across platforms as access and convenience to podcasts expands. “As more cars enable Alexa, in particular, it’s going to be really easy to be able to say, ‘Alright, Alexa, play Erica Mandy’s podcast.”

Beyond availability, this is where opportunities for innovation come in, and where independent creators have a fighting chance.

Cuban believes the most successful creators will be those who take all the resources available to them, including new technology, and integrate it in a way that simply amazes the consumer. The integration of smart speakers (like Amazon’s Alexa) with podcasting is in its infancy and has infinite potential to improve the consumer’s experience.

Cuban also predicts we’ll see podcasts that are more serialized, possibly more fan fiction, and he says he wouldn’t be surprised to see more movie-level production for podcasts, where the creators don’t necessarily spend millions of dollars, but they use technology to level up the entertainment.

“People are going to keep on pushing the envelope to find new ways to either entertain, or inform, or to connect and interact,” Cuban said.

Read more: Why billionaire tech investor David Cheriton thinks self-driving cars, AI, and IoT are on the downturn in 2021

4. Anyone can be a broadcaster, but you still need to figure out how to gain traction with an audience

You can broadcast on a multitude of platforms, from podcasting to YouTube, Instagram, TikTok, and more. Even Cuban’s 11-year-old son is a broadcaster â€” he live streams his games on Twitch.

However, “because there’s no barrier to entry,” Cuban said, “it’s really hard to gain an audience of any scale. So you really have to decide what you want to be and who you want to reach.” Are you doing this just because you like to, and it fills a creative need? Or do you want to reach a really large or niche audience? Cuban’s son, for example, yields an average of seven simultaneous viewers, and he’s perfectly happy with that.

If you won’t be satisfied with seven online friends â€” if you want to really stand out from industry giants like Joe Rogan â€” you need to zero in on your goals, get creative, and interact with your audience as much as possible.

Figure out a way to collect your audience’s emails or phone numbers so you can engage with them often â€” like to remind them that an episode is about to drop, for example.

“What’s going to separate you from the big guys is that you can be truly interactive,” Cuban said.

And remember: Your audience consists of your biggest fans â€”and they’re your best salespeople. “They’re going to help you the most,” Cuban said. “Don’t be ashamed to ask them to tell their friends” or help you spread the word in some other way.

Erica Mandy is an award-winning broadcast journalist and founder and host of the popular daily news podcast, The NewsWorthy. Ever since she left CBS News and her decade-long career in television to launch the show, she’s been on a mission to help people stay informed in a more convenient, unbiased, and enjoyable way.