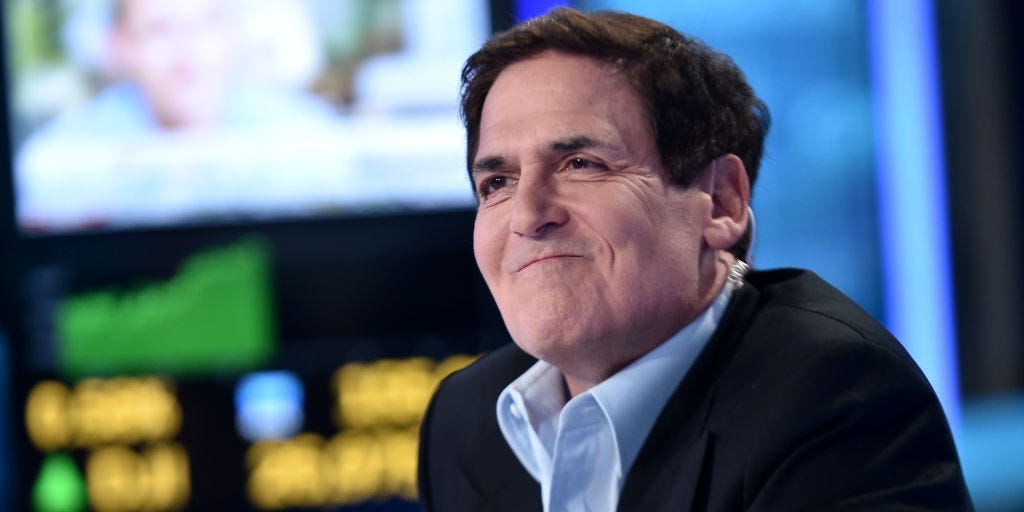 Entrepreneur Mark Cuban said Wednesday his 11-year-old son made money by trading with r/WallStreetBets, and that he loves how the Reddit day-trading forum became the central catalyst to an epic short-squeeze.

“I got to say I LOVE LOVE what is going on with #wallstreebets,” Cuban said in a tweet. “All of those years of High Frequency Traders front running retail traders, now speed and density of information and retail trading is giving the little guy an edge. Even my 11 yr old traded w them and made $”

The members of the stock-investing chat group, which numbered around 3.5 million by Thursday, urged each other to keep pushing the prices of stocks higher with the aim of squeezing short sellers betting against them.

That led to an explosion in prices of highly shorted stocks. GameStop, AMC, Pearson, Blackberry and Nokia were among the first few targets. The forum even went private for an hour on Wednesday after a flood of new users raised concerns about its ability to police content.

Cuban’s tweet gathered some criticism from followers for not addressing the need for regulation to control the current market dynamic, while others encouraged him to teach his kid to become a responsible investor.


‘We’re very surprised we didn’t underperform in the 4th quarter’: Cathie Wood and her analysts break down their stock-selection process and the top 10 picks that contributed to the outperformance of ARK ETFs in Q4 2020

But piling into previously unloved stocks is unlikely to turn out to be a good thing for most retail investors, a CEO of one of the largest independent financial advisory firms warned.

“The valuations can be expected to be extremely wild â€” in both directions â€” and there’s a legitimate risk that investors could get burned,” said Nigel Green, CEO of deVere Group, adding he would avoid being drawn into the hysteria of social-media led stock frenzies.

“Micro-bubble spotting, and diversification across asset class, sector, region and even currency, should become a priority for investors right now,” he said.

The US SEC said on Wednesday it was actively monitoring ongoing market activity given the surge in GameStop and other companies’ shares over the past week, indicating how the frenzy grabbed the attention of Wall Street and Washington.

“There is a sense that professional investors are unhappy another group has come along and forcibly joined in with a game they see as theirs and theirs alone, none too pleased that certain elements of the whole enterprise have been shown up as farcical,” said Connor Campbell, a financial analyst at SpreadEx.