The first QAnon-supporting congressional candidate has been elected to Congress 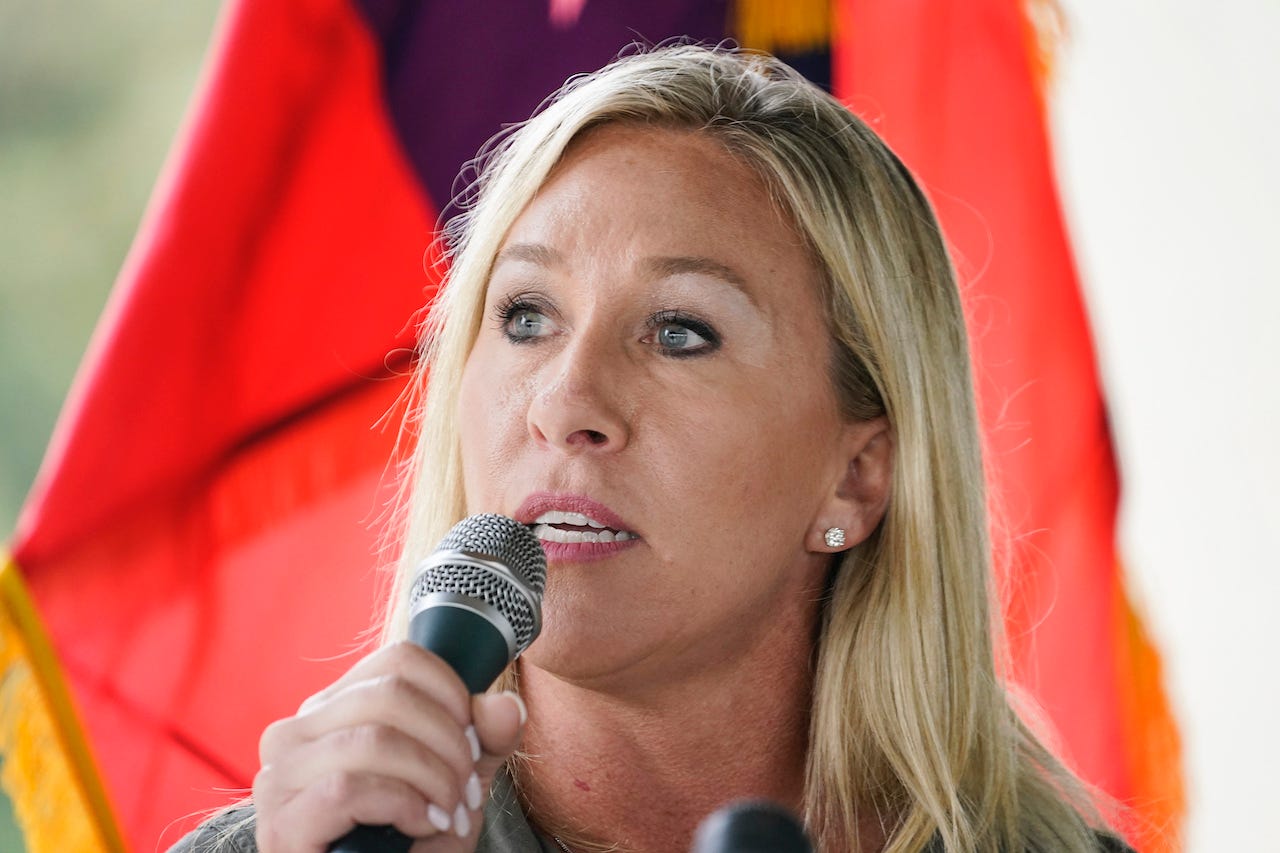 Marjorie Taylor Greene, a Republican who has supported the QAnon conspiracy theory, has been elected to Congress, Decision Desk HQ projected on Tuesday evening.

Greene, who previously worked as a construction executive, clinched the GOP nomination after winning an August primary runoff against John Cowan in Georgia’s 14th congressional district. While Greene had been running against Democratic opponent Kevin Van Ausdal, he had to drop out of the race in September when a sudden divorce forced him to move in with family in Indiana, the Atlanta Journal-Constitution reported.

Greene’s GOP nomination in the congressional race demonstrated how QAnon, a baseless far-right conspiracy theory that alleges President Donald Trump is fighting a “deep state” cabal of satanic pedophiles, had indeed taken on a new posture. The once-fringe movement originated on far-right message boards in 2017, but has skyrocketed in popularity since the COVID-19 pandemic began, drawing many Republicans into the conspiracy theory community.

Greene has posted numerous QAnon-related messages on social media since 2018, according to Media Matters for America (MMFA), a progressive media watchdog.

In 2018, she shared a popular QAnon YouTube video on Facebook, writing, “Awesome post by Q today” and including the movement’s tagline, “WWG1WGA,” which stands for “Where we go one, we go all.”

As recently as July, Greene said in an interview that she had “only ever seen patriotic sentiment coming out of that source” and “that is a particular source that gets censored tremendously.” It is believed that she was referring to Q.

Greene told Fox News in August that she decided to “choose another path” after discovering “misinformation” within the QAnon community.

In addition to her QAnon support, the pro-Trump Republican has spread anti-Islam, anti-trans, anti-Semitic, and racist remarks.

Greene was not the only QAnon-adjacent candidate up for election on Tuesday. Twenty-seven congressional candidates from across the country secured spots in the general election, according to MMFA’s tally. President Trump has refused to condemn the conspiracy theory, which has been linked to several crimes and been labelled a potential domestic terrorism threat by the FBI.