At remote ranges in northern Australia this summer, US Marines and Australian troops trained to guide US bombers to targets on far-flung islands, illustrating the Corps’ increasing focus on a potential war in the Pacific.

COVID-19 affected the deployment of the Marine Rotational Force based in Darwin, on Australia’s northern coast, but didn’t keep it from using new assets and concepts.

In August, Marines flew RQ-21A Blackjack drones in Australia for the first time as part of the month-long Exercise Loobye.

The exercise, which involved Marines, the US Air Force, and the Australian Defence Force, “focused on a small naval expeditionary force’s ability to rapidly deploy, integrate with foreign partners, coordinate airstrikes and call for close air support on targets within contested environments,” according to a release. 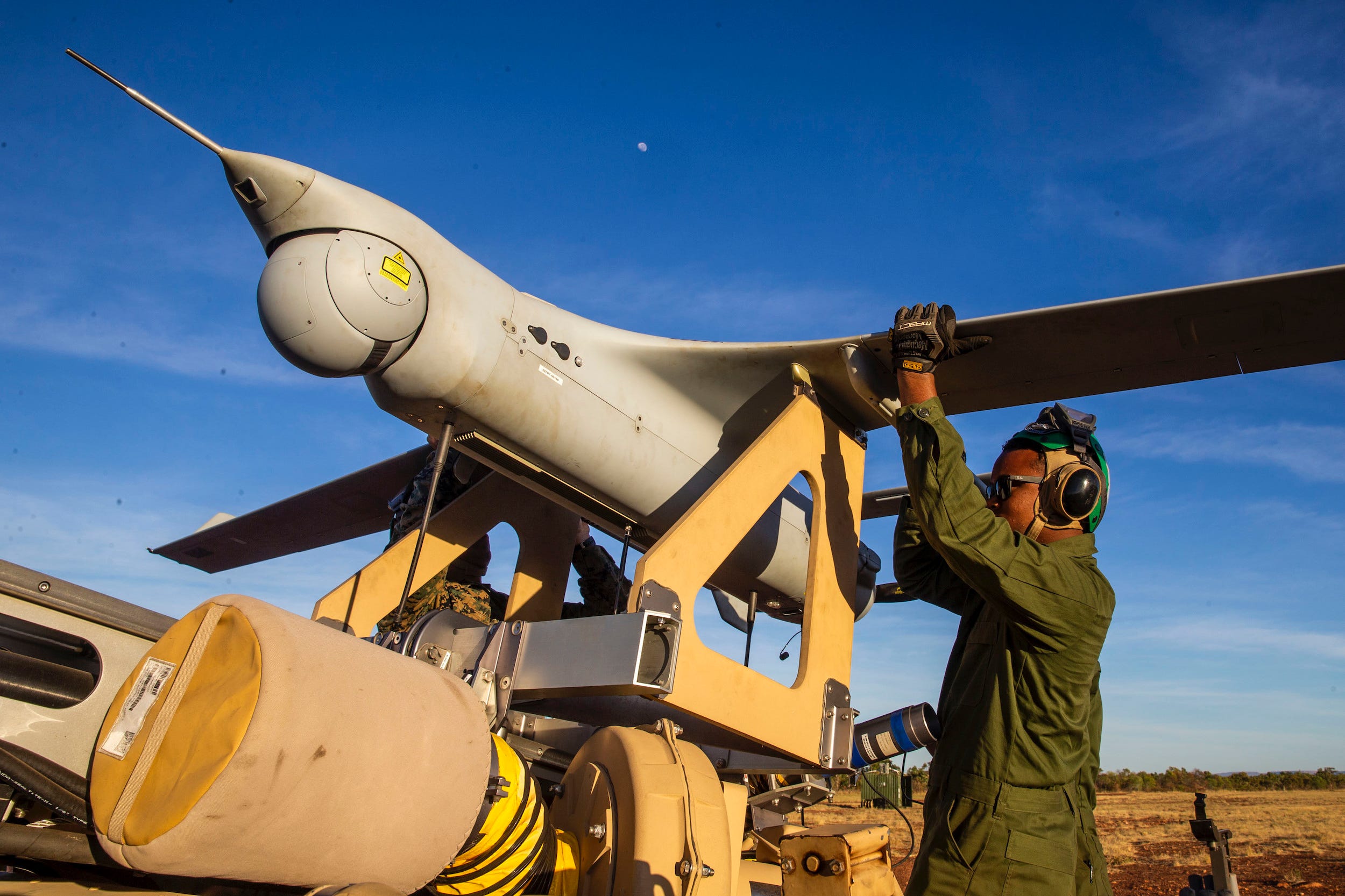 US Marine Corps/Cpl. Harrison RakhshaniMarines put an RQ-21A in a launcher before its first flight in Australia, at Bradshaw Field Training Area in Northern Territory, August 8, 2020.

The need to prepare to operate in an “amphibious, austere environment” was “the driving force for us to think of these training ranges as islands,” Capt. Benjamin Hovies, air officer for Marine Rotational Force-Darwin, told Insider in a September interview.

It’s also a reflection of the Corps’ Expeditionary Advanced Base Operations concept, in which Marines deploy to forward locations to support friendly forces and thwart adversary control of surrounding air and water.

“We had to consider our movements to and from [the ranges] as if we would consider a movement to and from an island to set up an expeditionary amphibious base” to operate from, Hovies said.

During the exercise, US B-1 bombers from Guam and B-2s out of Diego Garcia flew as far as 4,000 miles to the Delamere, Bradshaw, and Mount Bundley training areas in northern Australia, simulating long-range precision strikes. The bombers were supported by tankers flying out of Okinawa.

RQ-21s flew over the ranges to gather information before and after the airstrikes. 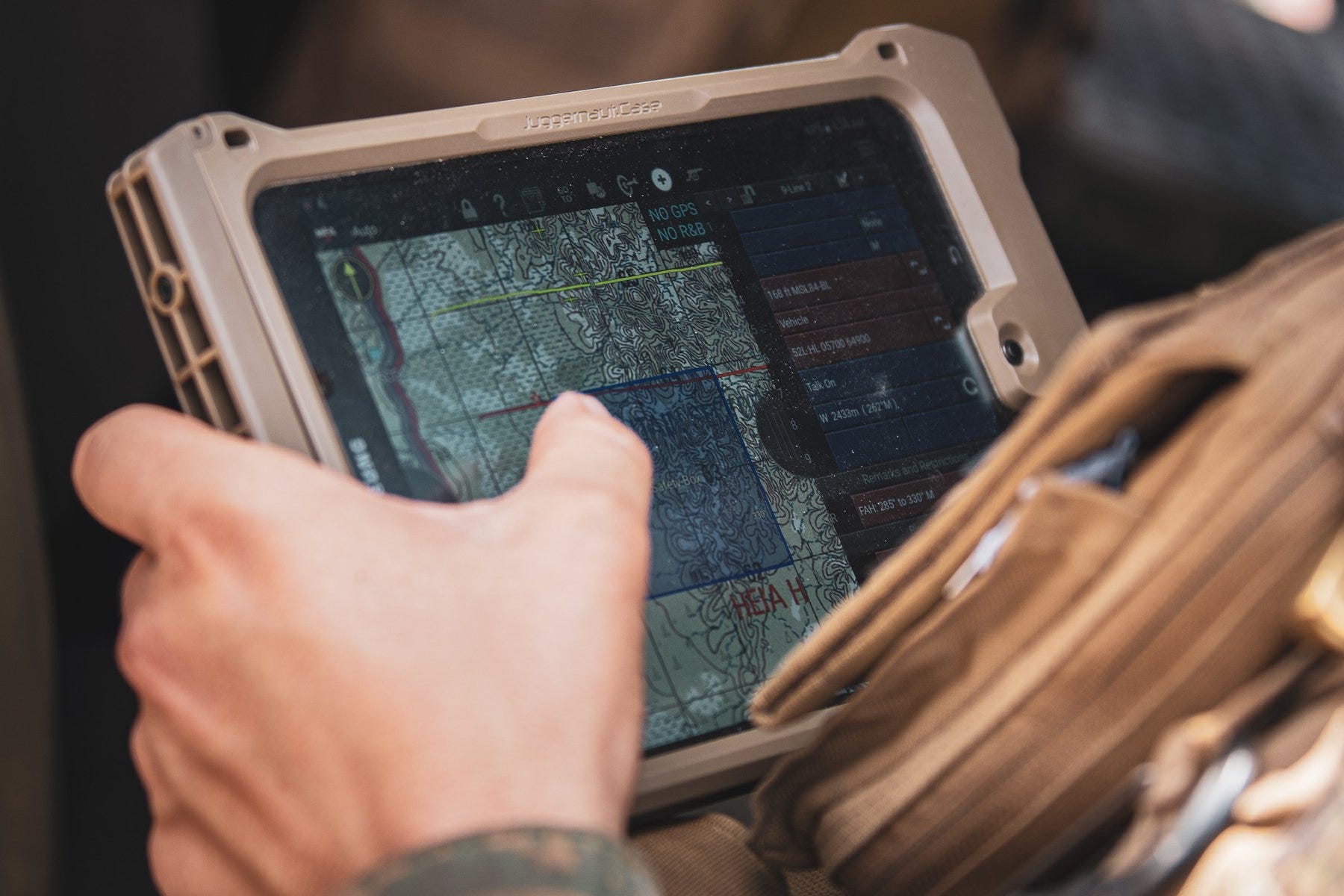 “That’s the capability that we really wanted to bring to the forefront,” Hovies said. “We need the commander at the [Marine Air-Ground Task Force] level, not just at the lower echelons, to be able to see a target, identify a target, confirm that’s what we want to have hit, have it hit, and then conduct a post-battle damage assessment.”

In one case, an RQ-21 over Bradshaw provided a video feed to commanders at an observation post 170 miles to the south.

“We were able to watch the live feed [and] determined yes, that’s the target. The commander was able to come across the net [and] say, ‘that is target I want to hit,'” Hovies said. “There was no controller on the ground.”

US and Australian joint terminal air controllers also coordinated strikes from the ground and from Australian ARH Tiger helicopters.

“They knew that we had forward-air-control capability, and they saw that as a key integration piece,” Capt. Rhys Davies, a Tiger helicopter pilot, said in a Marine release. “Our job was to speak to the Marines on ground, identify what they saw as targets … and then speak to the Air Force bombers to prosecute those targets.”

The exercise included “deliberate strikes” on targets identified in advance and “dynamic strikes” in which observers on the ground directed bombers to unplanned targets, simulating close-air-support strikes. 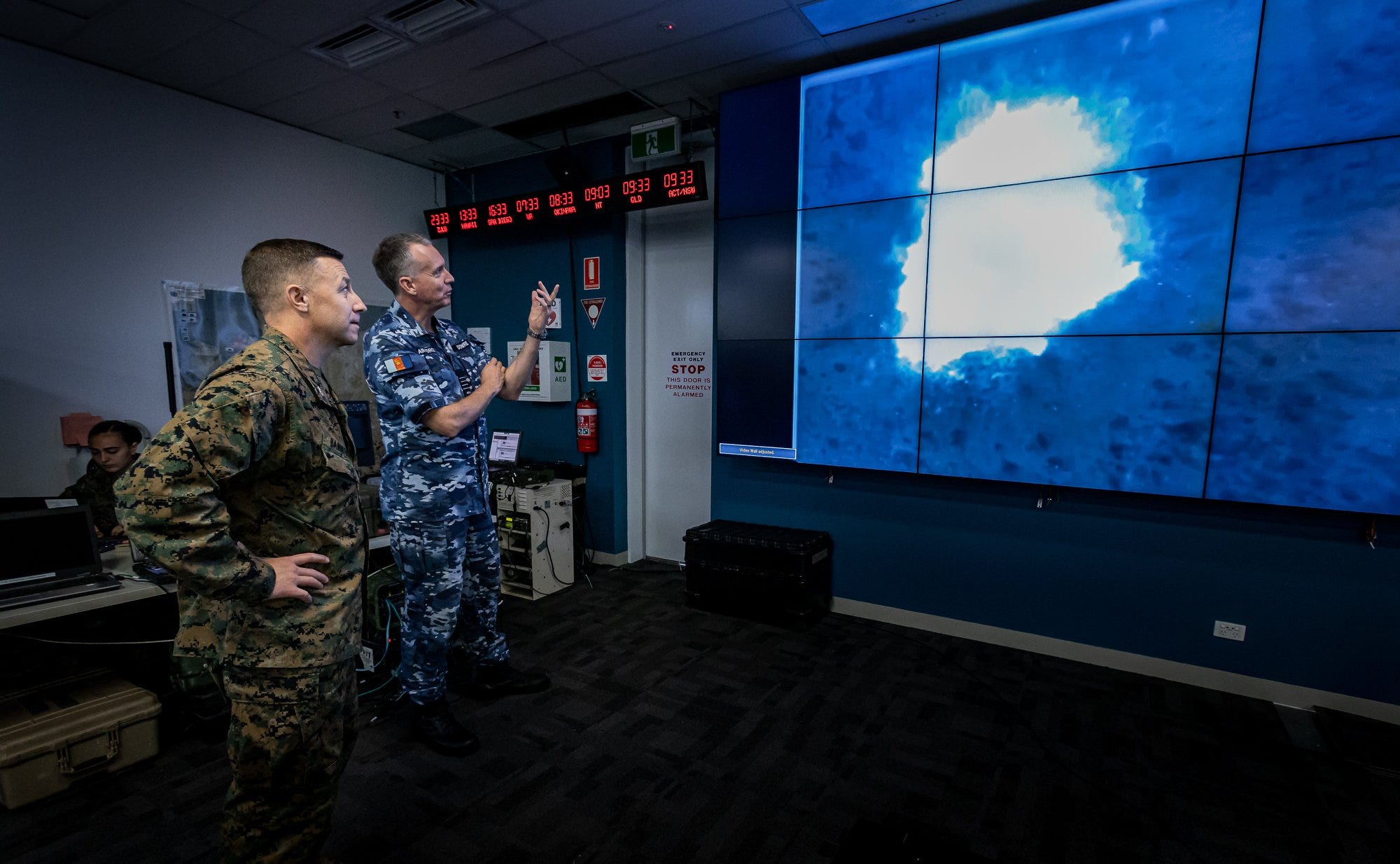 Loobye was followed by Exercise Koolendong in early September. The culmination of the rotation, Koolendong is a live-fire exercise meant to improve Marine and Australian forces’ ability to respond jointly to crises in the region.

They identified targets, such as people laying IEDs, and sent that information to intelligence units for distribution. They guided artillery fire and helicopter gunships. They escorted convoys, scouting routes and looking for threats, which Marines realised “is something that we need to do all the time,” Hovies said.

The RQ-21 also relayed communications, which “is something that is always struggle, no matter where you go,” Hovies added. “To have a platform that can be raised at a … higher altitude and relay direct line-of-sight comms was crucial.”

The drone was also a defence against nature.

The necessity of alliances 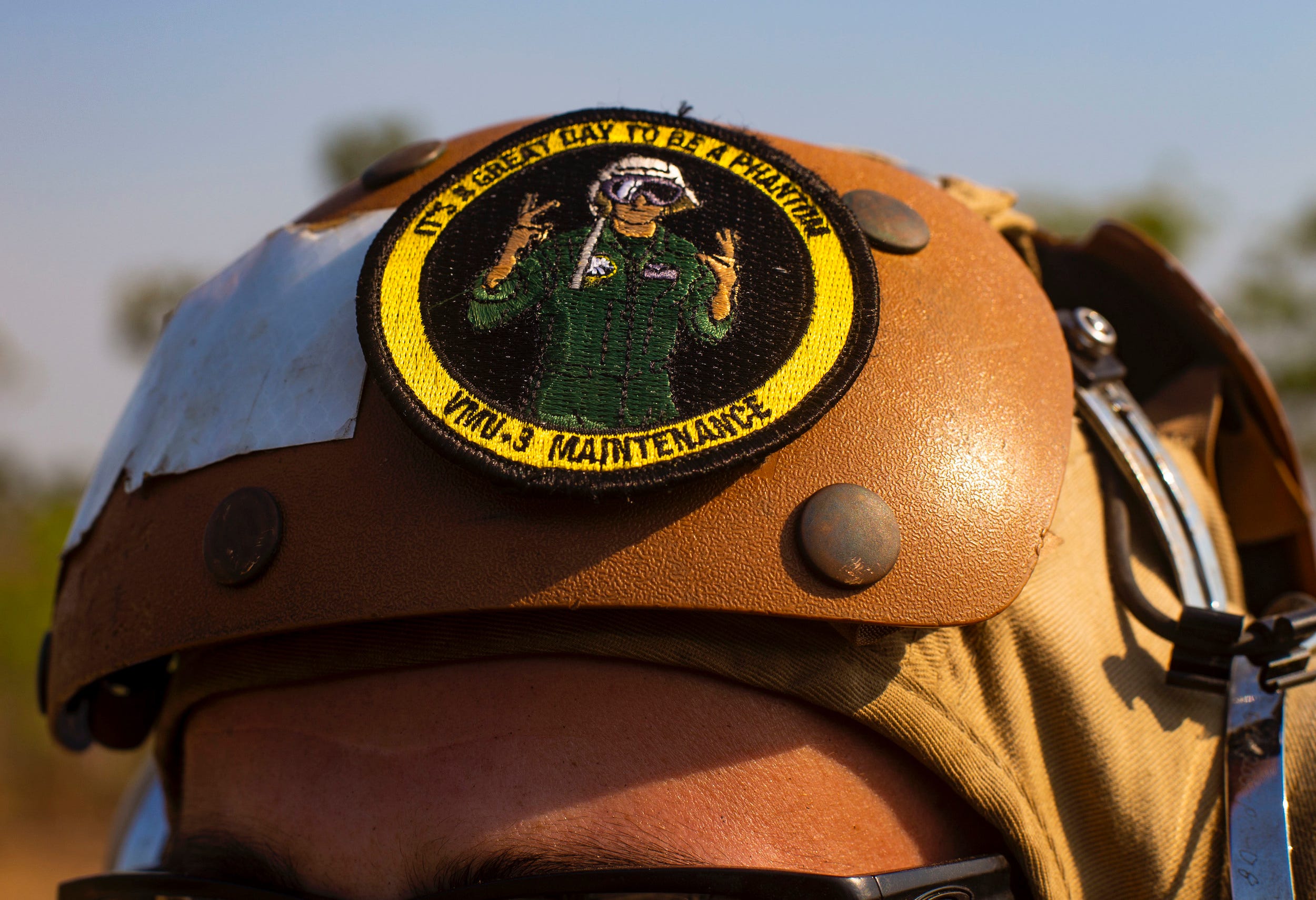 The decision to use the RQ-21 during the rotation was made last year, and the approval and authorization process “has been going on since January at least,” Hovies said. The drone reached full operational capability in February.

The Marines’ deployments paused from March until May because of the pandemic, and it force reduced from 2,500 Marines to about 1,200. The aviation combat element, originally several squadrons of manned aircraft, was reduced to 32 Marines, including those operating the RQ-21.

But the smaller footprint offered a chance to use unmanned systems to support expeditionary operations. Australian forces and their assets, such as vehicles and radios, also “snapped directly in” with Marines, Hovies said, allowing them to conduct “a much more comprehensive exercise.”

The rotation’s success amid the pandemic underscored the value of alliances, Hovies added, echoing other senior officials.

“We’ve done an awful lot with the US Marine Corps,” Houston said. “They basically are the only nation that really gets a chance to routinely mount an exercise invasion of Australia, and that relationship … has served us incredibly well.”