This Marine has one of the 'best jobs' in the Corps, and it sometimes involves firing 3,000 rounds a minute out of a helicopter 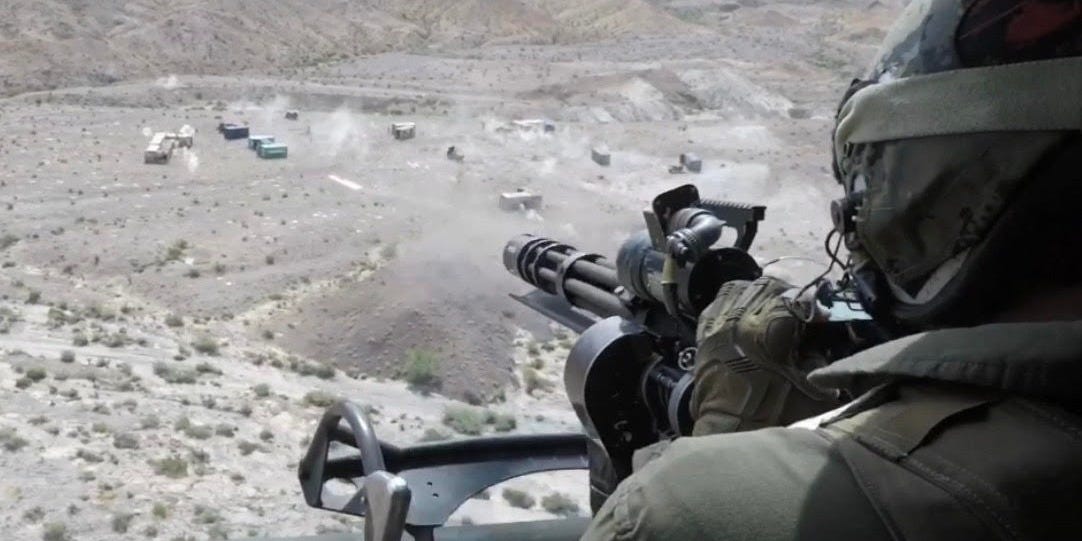 Daniel Fitzgerald was brushing his teeth before bed when small arms fire raked his building and explosions shook the ground at Camp Bastion in Afghanistan on September 14, 2012.

The North Carolina native rushed outside into what he describes as his most intense combat experience. It was chaos. Taliban insurgents disguised in Army fatigues had infiltrated the base. The fuel pits had erupted in flames, and the enemy was pouring fire of all kinds onto the base, everything from bullets to rocket-propelled grenades.

“My unit was under attack,” Fitzgerald, who is assigned to helicopters, recalled. “We actually had to submit a request for air support on ourselves for ourselves.”

While he fought with Marines on the ground, embracing the concept that every Marine is a rifleman, others from his unit took to the sky in a few helicopters. “When the helicopters started attacking enemy targets, or at least suppressing, we were all cheering,” Fitzgerald said.

The Taliban attack on Camp Bastion in the fall of 2012 was stopped after a brutal four-hour firefight, but not before two Marines were killed, 17 British and US personnel were wounded, and nine aircraft were damaged or destroyed.

For Fitzgerald, a helicopter crew chief and door gunner who normally wages war above the battlefield, the fighting that night forever changed his understanding of his service. “That was the first time I was ever actually on the ground seeing the impact that my unit has down range,” he told Insider.

‘Don’t shoot them. They will kill you’ 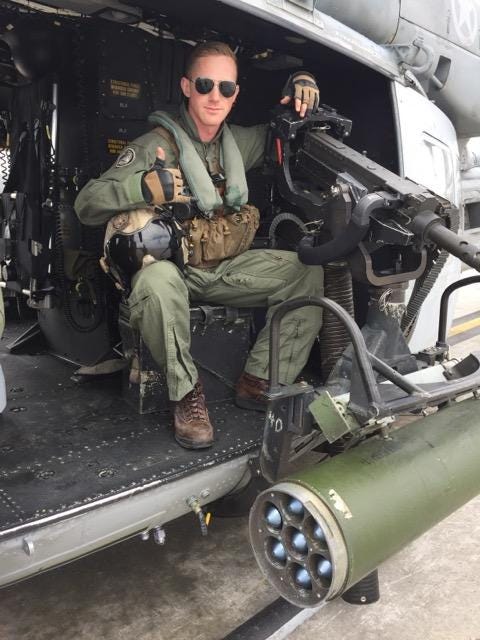 Gunnery Sgt. Fitzgerald is a seasoned crew chief with the 2nd Marine Aircraft Wing’s “Gunrunners” (HMLA-269) who has served for 12 years, and he has what a number of Marines say, in part because of some of the perks, is “one of the best jobs” in the Corps.

“We have an entire buffet of offensive and defensive capabilities between the two aircraft,” Fitzgerald said.

As a door gunner, Fitzgerald is trained to operate the GAU-21.50-calibre weapon system and the M240D machine gun, but there’s one weapon most closely associated with his job: a minigun that fires over 3,000 rounds a minute.

“We’re the only users of that weapon system in an offensive capability,” he told Insider of the GAU-17 Gatling gun, variants of which have been used since Vietnam. The helicopters are, as Fitzgerald explained, “armed to the teeth.”

“There was a saying among the Taliban leadership that got back to us,” Fitzgerald said. “They would say, ‘Fight the Americans. Fight the infidels. Fight them hard, but if you ever see the tiny grey helicopters, don’t shoot them. They will kill you.'”

For all of their power, the big guns do come with their share of challenges though.

For example, the Marines who wield them have to be able to take them apart – including the Gatling gun’s more than 100 parts – in the rain, in the dark, under fire, and in other decidedly difficult situations, and they have to be able to do it while wearing 60 to 70 pounds of gear in the back of a moving helicopter.

“We train to deal with the most bizarre stuff in the aircraft,” Fitzgerald said, explaining that the crew also has to be able to handle helicopter repair work and provide tactical combat casualty care, among other things.

‘They know they are going to sleep well’ 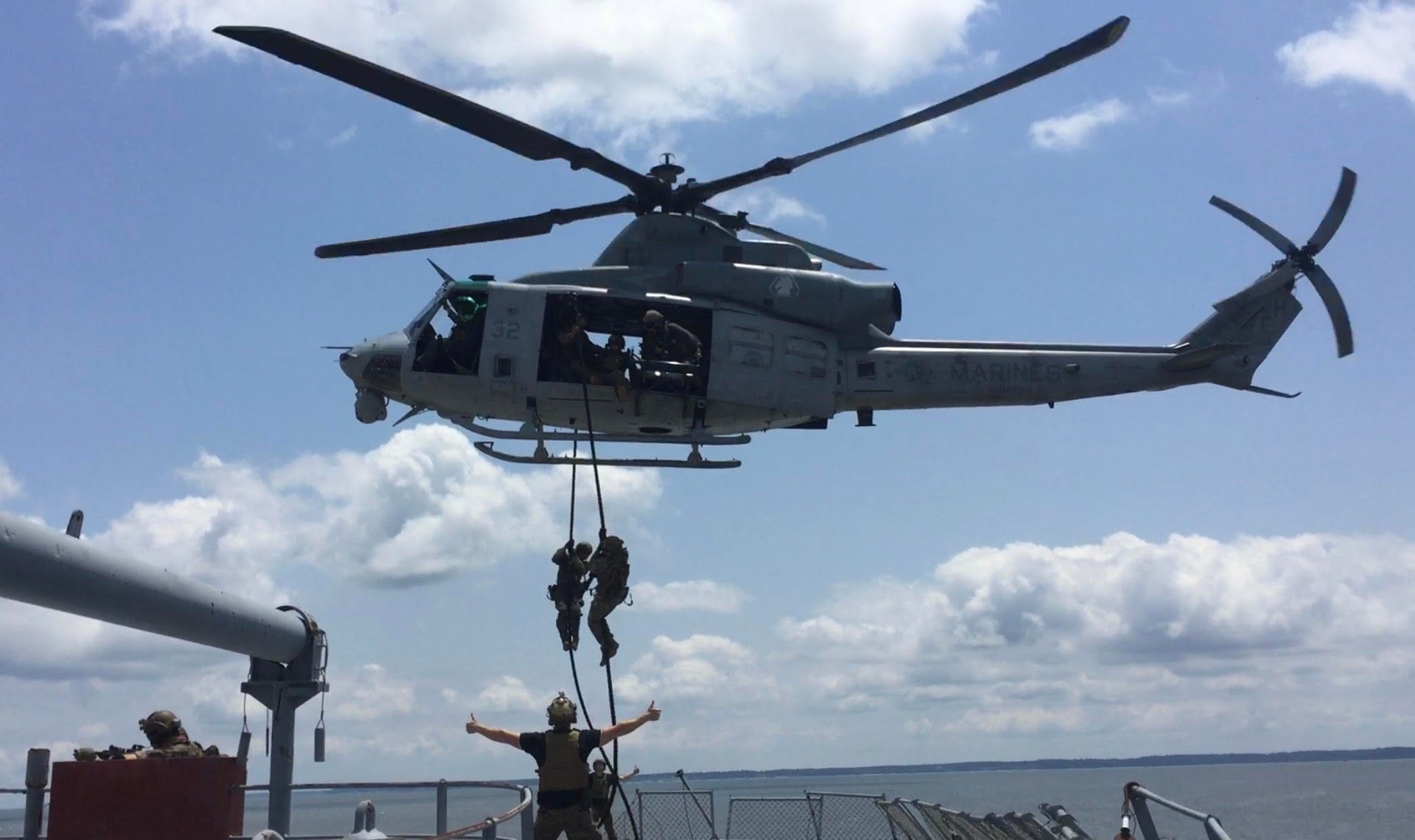 Courtesy photoFitzgerald aboard a helicopter.

The Marines in the helicopters carry out a wide variety of missions, everything from the delivery of beans, bullets, and band-aids to fire support to casualty evacuations.

“We are kind of like a SWAT Team, a police force, firefighters, EMTs, and car mechanics all wrapped into one,” Fitzgerald said, “and we are able to take that anywhere in the world and do the nation’s bidding.”

“If [Marines] need to be pulled out or put in, if they need to be resupplied, or if they are in a bad part of town and getting shot at, they can call us anytime,” Fitzgerald said. “We will be there in the overhead, providing offensive or defensive support by fire.”

Helicopter crews often refer to ground troops as “customers,” Fitzgerald said. “Out there, the guy that I’m working for, my customer, is often living in the hardest environment imaginable,” living in the dirt, eating almost nothing, and going long stretches without a shower.

“They need us,” he said. “Whenever Marines have Cobras and Hueys in the overhead, they know they are going to sleep well that night.”

‘Not just one person with a cool job’ 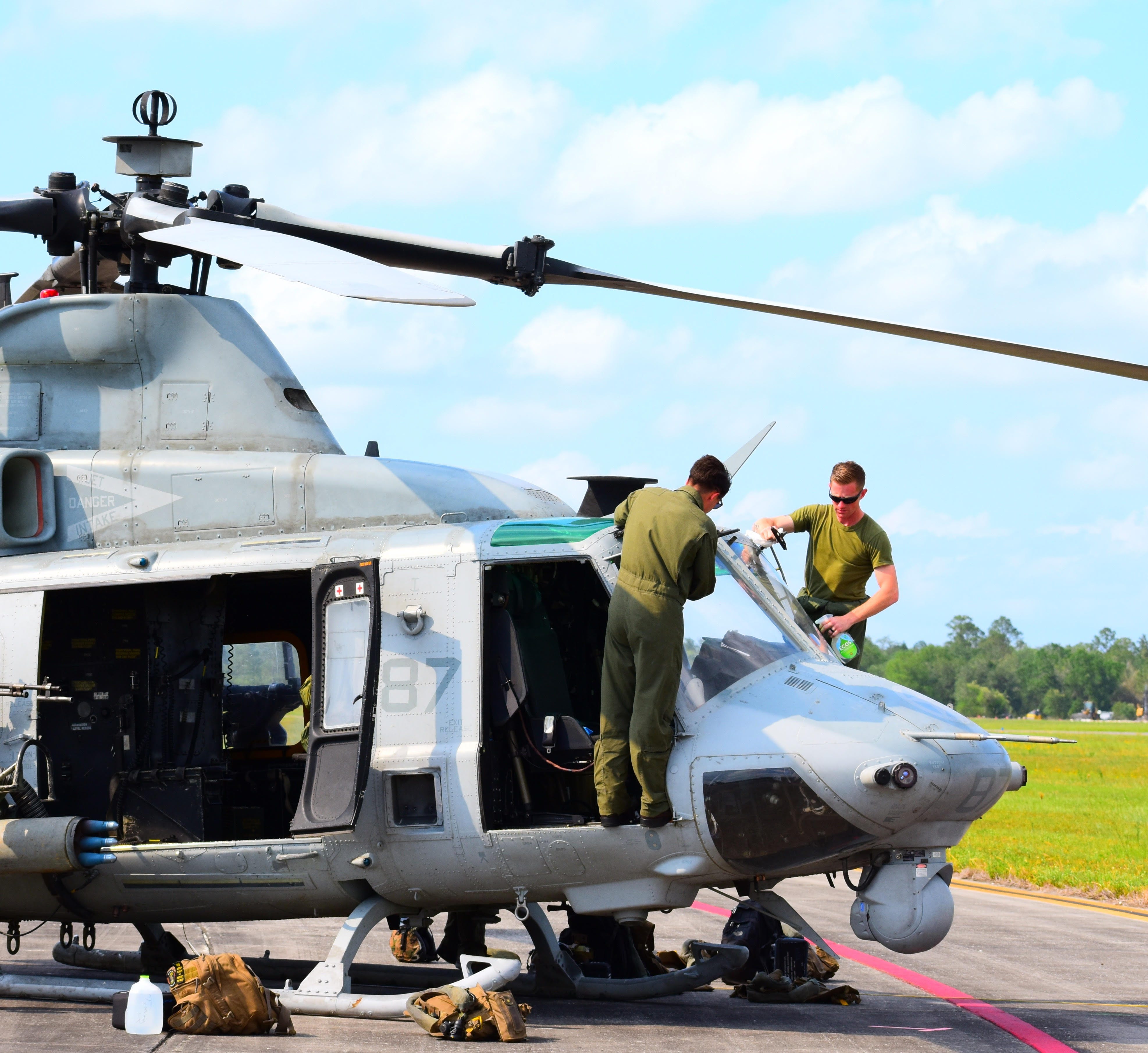 Fitzgerald emphasised that while he is trained to bring a lot of capabilities to the battlefield, it takes more than one person to execute missions effectively.

It’s “not just one person with a cool job,” he said. “When we’re fighting, it’s those six individuals in that [helicopter] element keeping their heads on a swivel and trying to look out for each other and cover each other’s sixes.”

“There’s a beautiful cadence of communication that goes on as well,” he continued. “I know that when I say, ‘Tracers, tracers, break left, break left, RPG, two o’clock,’ the pilots are going to manoeuvre the aircraft accordingly.” Marines in the air also communicate regularly with troops on the ground.

He said that because you have people counting on you, it’s critical that Marines avoid “going internal,” letting other things outside of the moment weigh on you in a fight.

“The toughest part of the job is to not get inside your head,” Fitzgerald, who has plenty to think about with a wife, a 2-year-old kid, and another child on the way, said, explaining that the last thing you want to do is “go internal when people’s lives are on the line… We never want to let our brother or our sister down.”

‘Would do it all over again’ 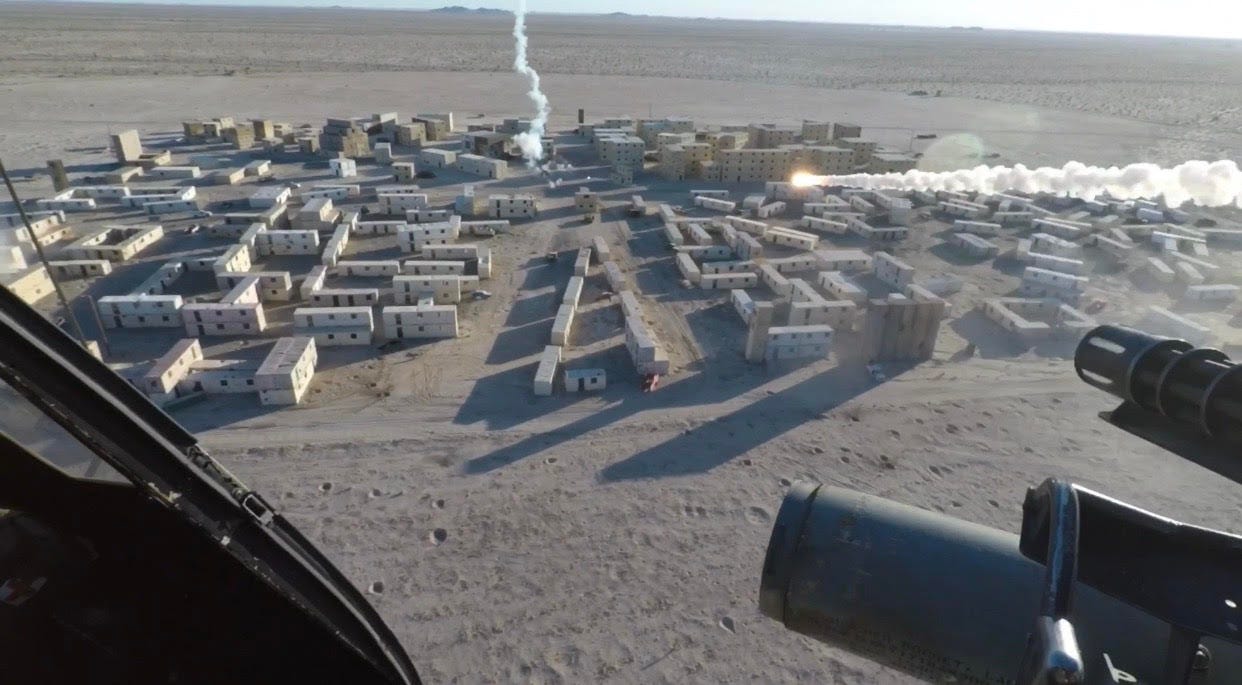 Courtesy photoA view from the cabin of a helicopter during a training exercise.

While Marines have told Insider that door gunners have one of the best jobs in the Corps, Fitzgerald actually planned on joining the infantry, but his brother, also a Marine, tricked him into this route when he joined.

“My brother knew that if I had gone through with my original plan to be an infantryman, my life would be much more at risk,” he said. “He tricked me into this job. He told me that I would be a grunt, but I would be attached to helicopters.”

He said his brother told him that he would “always have a hot meal at the end of the day, a bed off the ground, and air conditioning, for the most part.”

Taking his brother’s advice, he entered one of the longer non-special-operations training pipelines, attending everything from boot camp to a course on going down behind enemy lines to door gunner school.

Over the years, Fitzgerald has conducted operations all over the world, including the Pacific, the Middle East, and the Mediterranean, among other places.

And, he told Insider that he “would do it all over again” if he could, “without a doubt.”