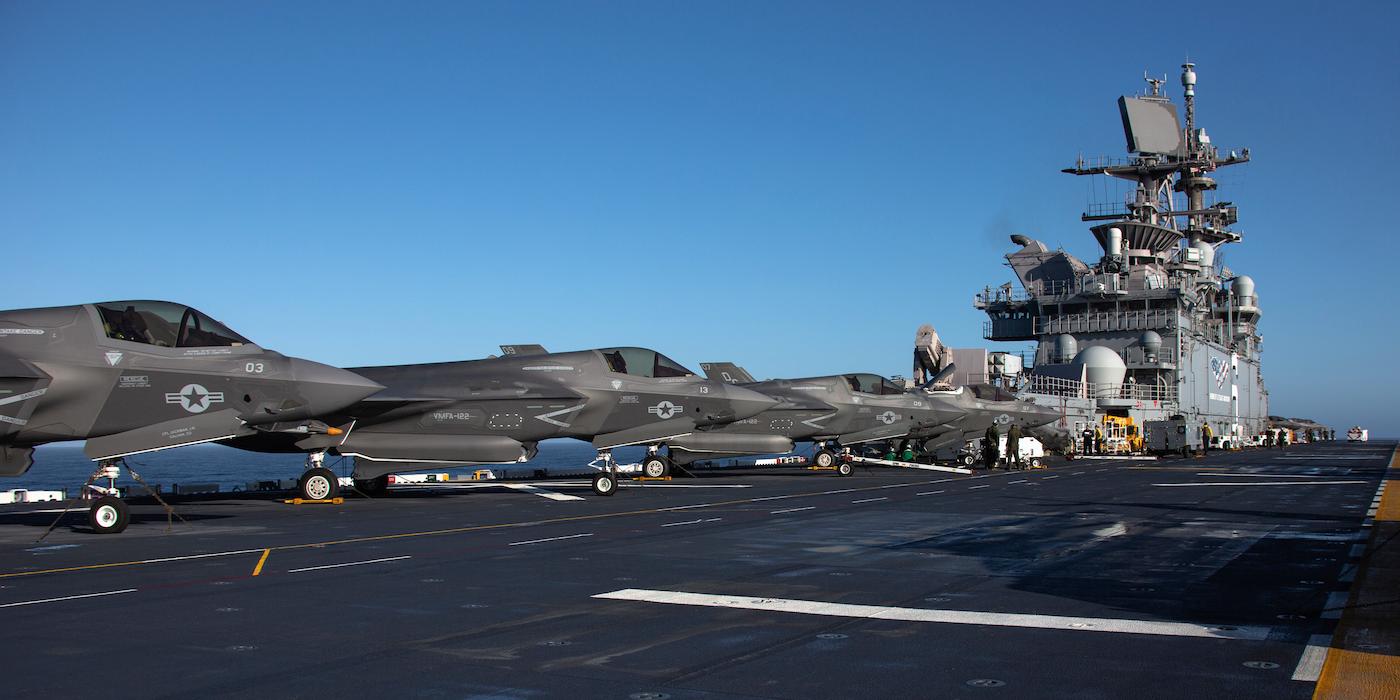 The Marine Corps wants to overhaul its force to prepare to be more dispersed and more flexible to deter and, if need be, take on China’s growing military in the Pacific.

“China has moved out to sea, and they have long-range weapons and a lot of them,” Marine Corps Commandant Gen. David Berger said on February 11 at an Amphibious Warship Industrial Base Coalition event on Capitol Hill.

“Those two things have changed the game,” Berger added. “Take those away, in other words, we could keep operating with dominance everywhere we wanted to, as we have. We cannot do that. We can’t get stuck in old things. We are being challenged everywhere.”

Since taking over last summer, Berger has called for a shift from a force suited for fighting insurgencies to one that can square off with China across the Pacific. 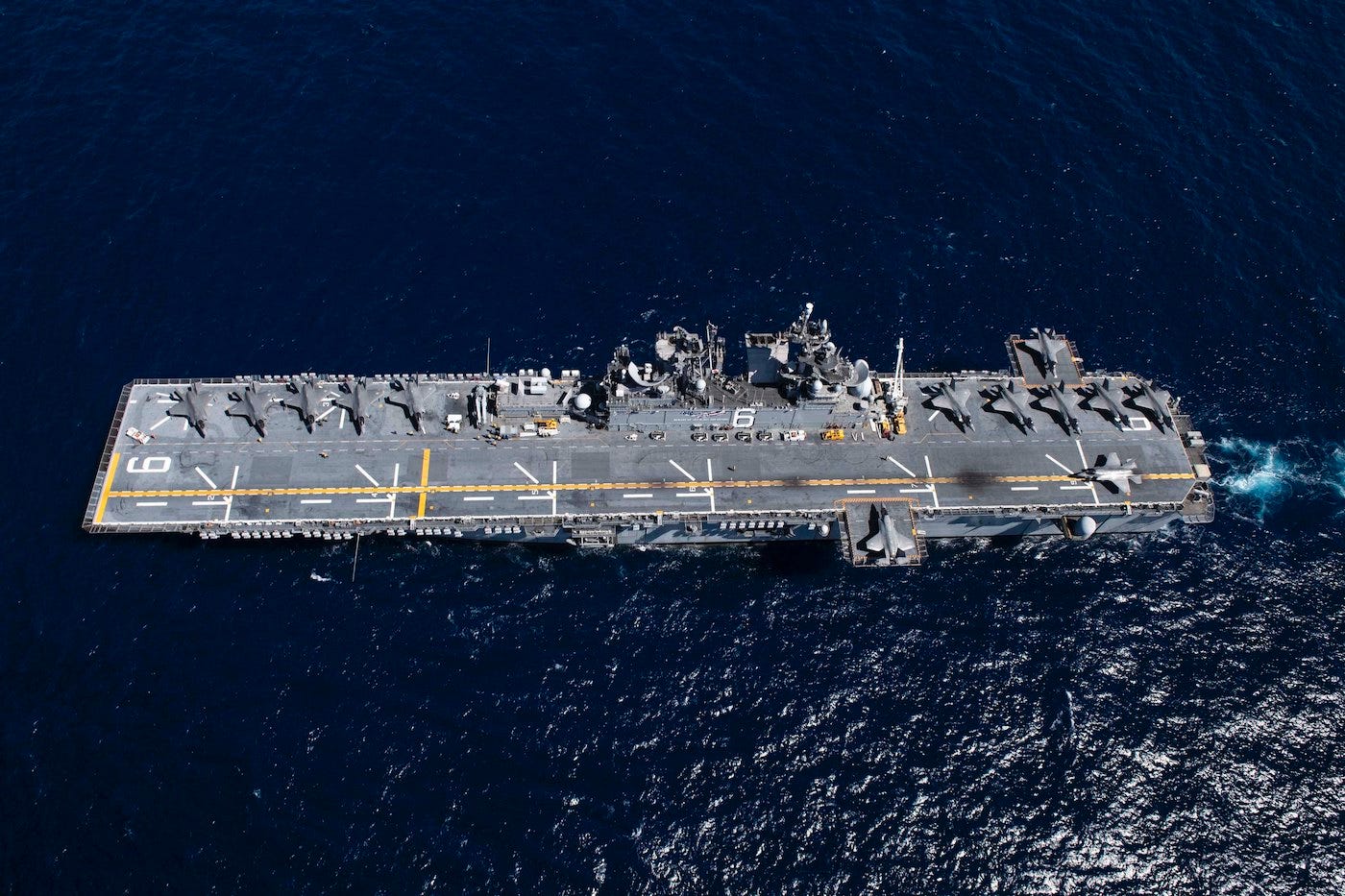 What Berger has outlined is a lighter, more mobile force that can operate in small units on Pacific islands. But the amphibious force that will support those units is not where it needs to be, Berger said last week.

That may mean the Corps needs new ships in the future, but he said it also needed to make better use of its current assets, which is where the “Lightning carrier” – an amphibious assault ship decked out with 16 to 20 F-35B stealth fighters – comes in.

“I’m in favour of things like the Lightning-carrier concept because I believe we need to tactically and operationally be … unpredictable,” Berger said. “We’ve been sending out every [Amphibious Ready Group] and [Marine Expeditionary Unit] looking mirror-image for 20 years. We need to change that.”

“You would like to see one of those big decks one time go out with two squadrons of F-35s and next time fully loaded with MV-22s and another MEU with a 50-50 combo. Now that’s how you become unpredictable. How do you defend against that?” Berger added. 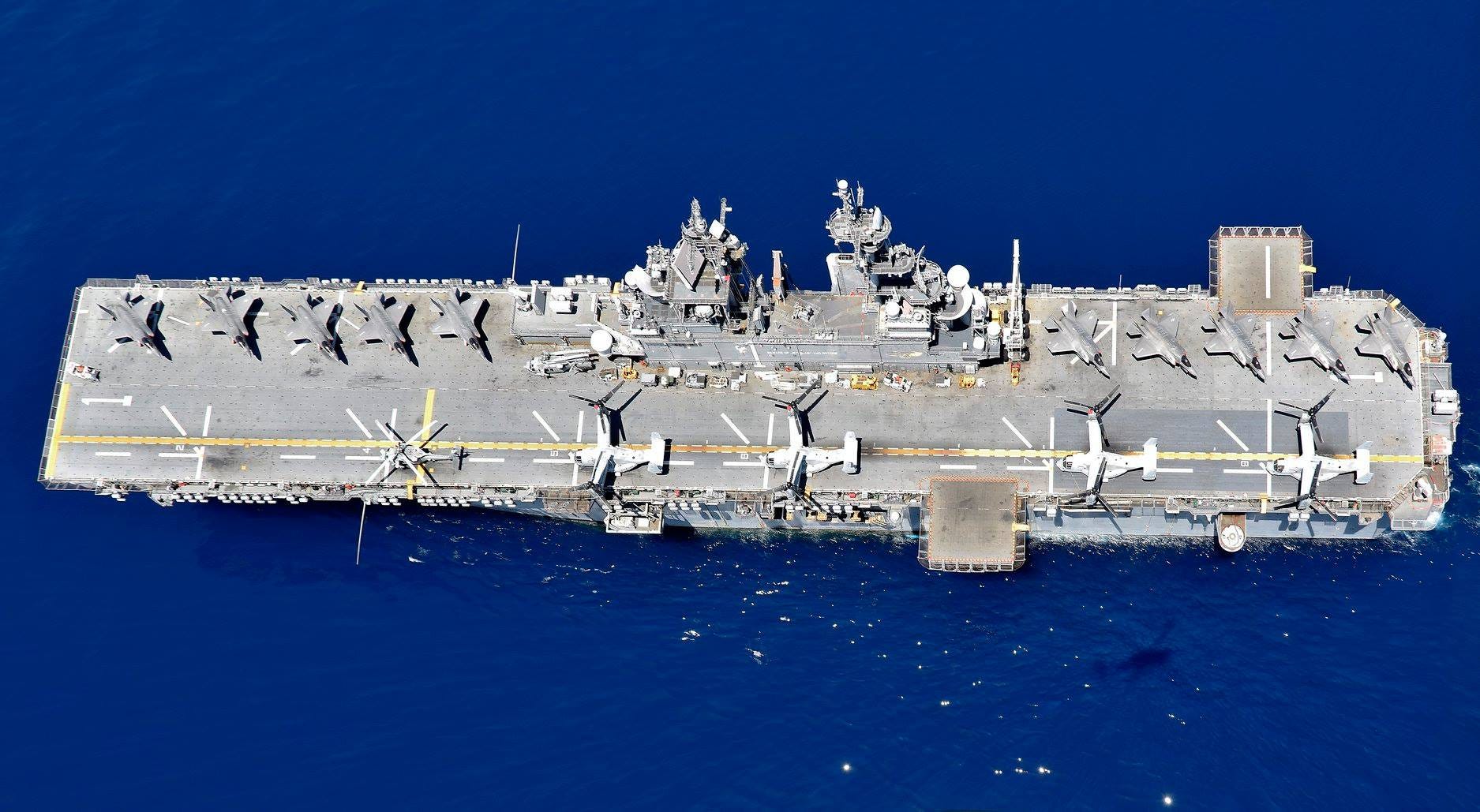 US Navy/USS Wasp/FacebookThe USS Wasp with a heavy F-35 configuration.

The Lightning carrier’s nontraditional configuration is “a force multiplier,” the Corps said in its 2017 aviation plan.

In his commandant’s planning guidance issued in July, Berger said the Corps would “consider employment models of the Amphibious Ready Group (ARG)/MEU other than the traditional three-ship model” and that he saw “potential in the ‘Lightning Carrier’ concept” based on Wasp-class landing-helicopter-dock ships and the newer America-class amphibious assault ships.

The USS Wasp exercised in the South China Sea in spring with 10 F-35Bs aboard, more than it would normally carry.

In October, the USS America sailed into the eastern Pacific with 13 F-35Bs embarked – a first for the America that “signalled the birth of the most lethal, aviation-capable amphibious assault ship to date,” the Corps said.

The Lightning-carrier configuration gives the Marine Air-Ground Task Force aviation element “more of a strike mindset with 12 or more jets that give the fleet or MAGTF commander the ability to better influence the enemy at range,” Lt. Col. John Dirk, a Marine attack-squadron commander aboard the America, said at the time.

In October, then-Navy Secretary Richard Spencer touted the concept as a way to augment the fleet at a time when the Navy is pondering the future of its own carriers.

“You might see us do that in the near future,” Spencer said. “We might just launch it out once, just to try it out, put it in a couple of exercises and know that we have it up our sleeve.” 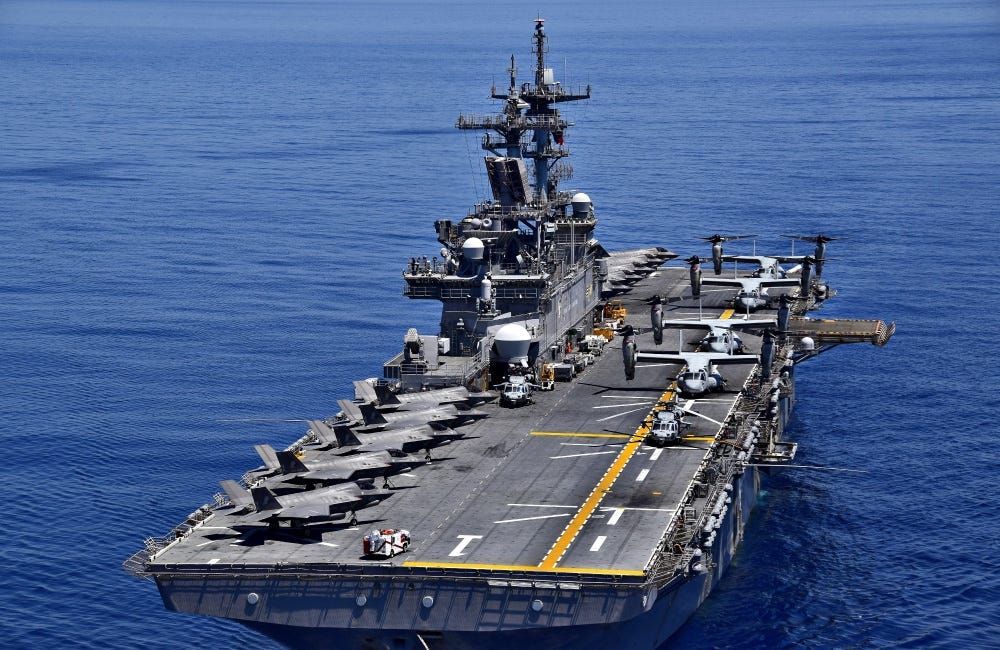 Even with the Lightning carrier, more needs to be done, Berger said on Capitol Hill.

“We need the big decks, absolutely. We need the LPD-17. That is the mothership, the quarterback in the middle,” Berger said, referring to the San Antonio-class amphibious transport dock, the “functional replacement” for more than 41 other amphibious ships. Eleven are in active service, and the Navy plans to buy one in 2021.

“We need a light amphibious force ship, a lot of them, that we don’t have today,” Berger added.

When asked by Military.com, Berger declined to say how many Marines and aircraft those light amphibious ships could carry or whether they would be in the Navy’s new force-structure assessment, which is still being finalised. The Corps is also conducting its own force redesign, which Berger said would be released within the next month.

Berger also said he thought there was a role for the littoral combat ship, four of which the Navy plans to decommission in 2021, and the Navy’s future frigate.

“We cannot put anything on the side right now, not with your adversary building to north of 400” ships, he said, referring to Chinese naval expansion. 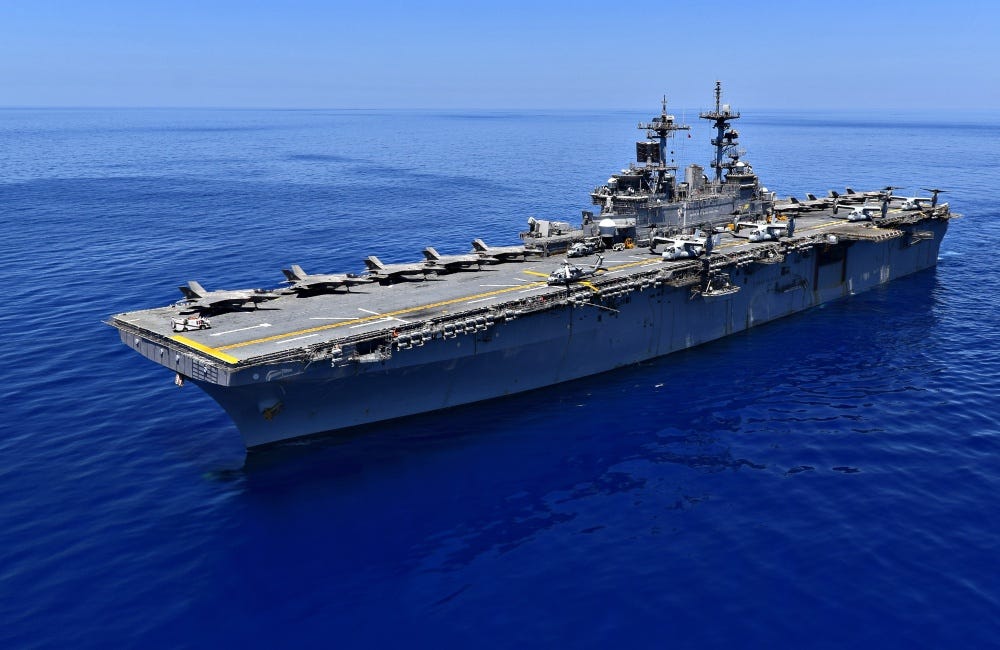 Berger and Rep. Mike Gallagher, who also spoke at the Capitol Hill event, both emphasised deterrence in the Indo-Pacific region, and both said that would depend on forces that are stationed forward and dispersed.

The Pentagon is “struggling to figure out how do we do deterrence by denial in Indo-Pacom. How do we deny potential adversaries their objectives in the first place, rather than rolling them back after the fact? That hinges on having forward forces,” said Gallagher, a former Marine officer and a member of the House Armed Services Committee’s seapower subcommittee.

The challenge is “to develop an entirely new logistics footprint, which includes new ships to support, resupply, and manoeuvre Marines around the first island chain, littorals, and in a high-threat environment, where speed and mobility serves as the primary defence,” Gallagher said.

That may require new classes of ships, added Gallagher, who told industry representatives in the room that “new classes of ships do not have to mean less work, and in the case of the future amphibious fleet – because I believe we need more potentially smaller amphibious vessels – it might actually mean more work.”

In his remarks, Berger called deterrence “the underpinning of our strategy.”

“I believe that because whatever the cost of deterrence is,” Berger said, “is going to be lower than the cost of a fight, in terms of ships and planes and bodies. So we need to pay the price for deterrence. I’m 100% there.”