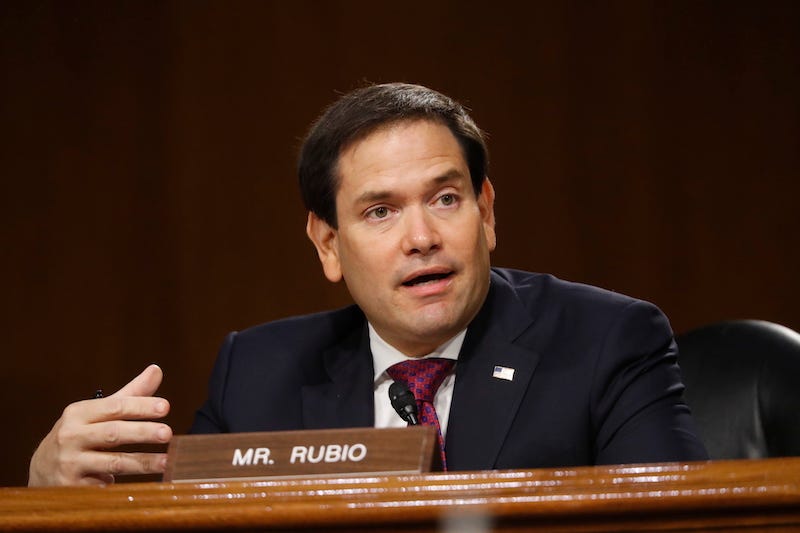 Getty poolRubio worked with several bipartisan leaders to secure $US377 billion in funding to support small businesses during the pandemic.

Sen. Marco Rubio of Florida argued on Friday that a conviction for former President Donald Trump during his second impeachment could mean there’s nothing preventing the Senate from doing the same to former Secretary of State Hillary Clinton.

“Voting to convict the former president would create a new precedent that a former official can be convicted and disqualified by the Senate,” Rubio said. “Therefore, is it not true that under this new precedent, a future House, facing partisan pressure to lock her up, could impeach a former Secretary of State and a future Senate be forced to put her on trial and potentially disqualify from any future office?”

Rep. Jamie Raskin, the impeachment manager tapped by the House to oversee the proceedings, said Trump was impeached a second time while he was still in office.

The “hypothetical [scenario raised] has no bearing on this case,” Raskin said.

During the four years of his presidential tenure and on the campaign trail in 2016, Trump used “lock her up” as a rallying cry against his former rival Clinton. His supporters have since applied this call to other women in power, including Michigan Gov. Gretchen Whitmer.

Trump often blasted Clinton, referring to her as “crooked Hillary” in tweets and while addressing crowds.

Rubio was one of the fiercest opponents to the impeachment proceedings. In January, he called it “stupid” and promised to vote “the first chance I get” to “end this trial.”

If the Senate sets a precedent that a former official can be convicted & disqualified it will be just a matter of time before a future House,under partisan pressure to “Lock Her Up”,will impeach & the Senate forced to try other former officials

His office did not immediately respond to a request for comment.