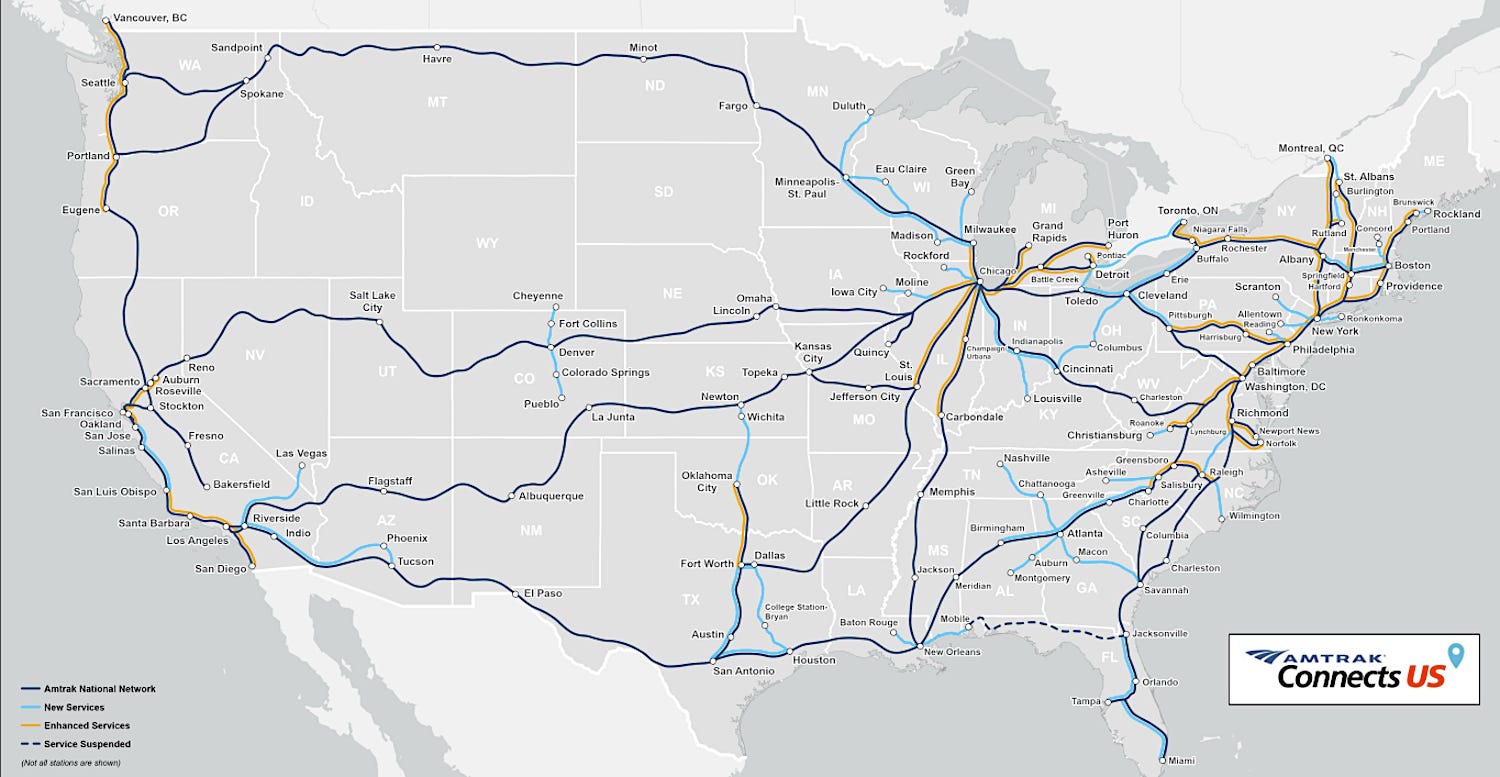 AmtrakThe new map made by .

Amtrak has released a map of an expanded US rail network that it says it can build with $80 billion from President Joe Biden’s $2 trillion infrastructure plan.

The light-blue lines represent what would be new services, while the orange lines show services that would be extended.

Amtrak said it could create more than 30 new routes and connect 160 new communities, and expand or improve rail service for some 20 million people. Materials prepped for the announcement said the plan would bolster transportation options for diverse populations throughout the country.

The new routes include cities that haven’t before been connected to the national rail service, including western outposts like Las Vegas and Phoenix, Amtrak said.

It would also break ground on routes throughout the southern US, including ones to Nashville, Tennessee; Montgomery, Alabama; and Macon, Georgia. 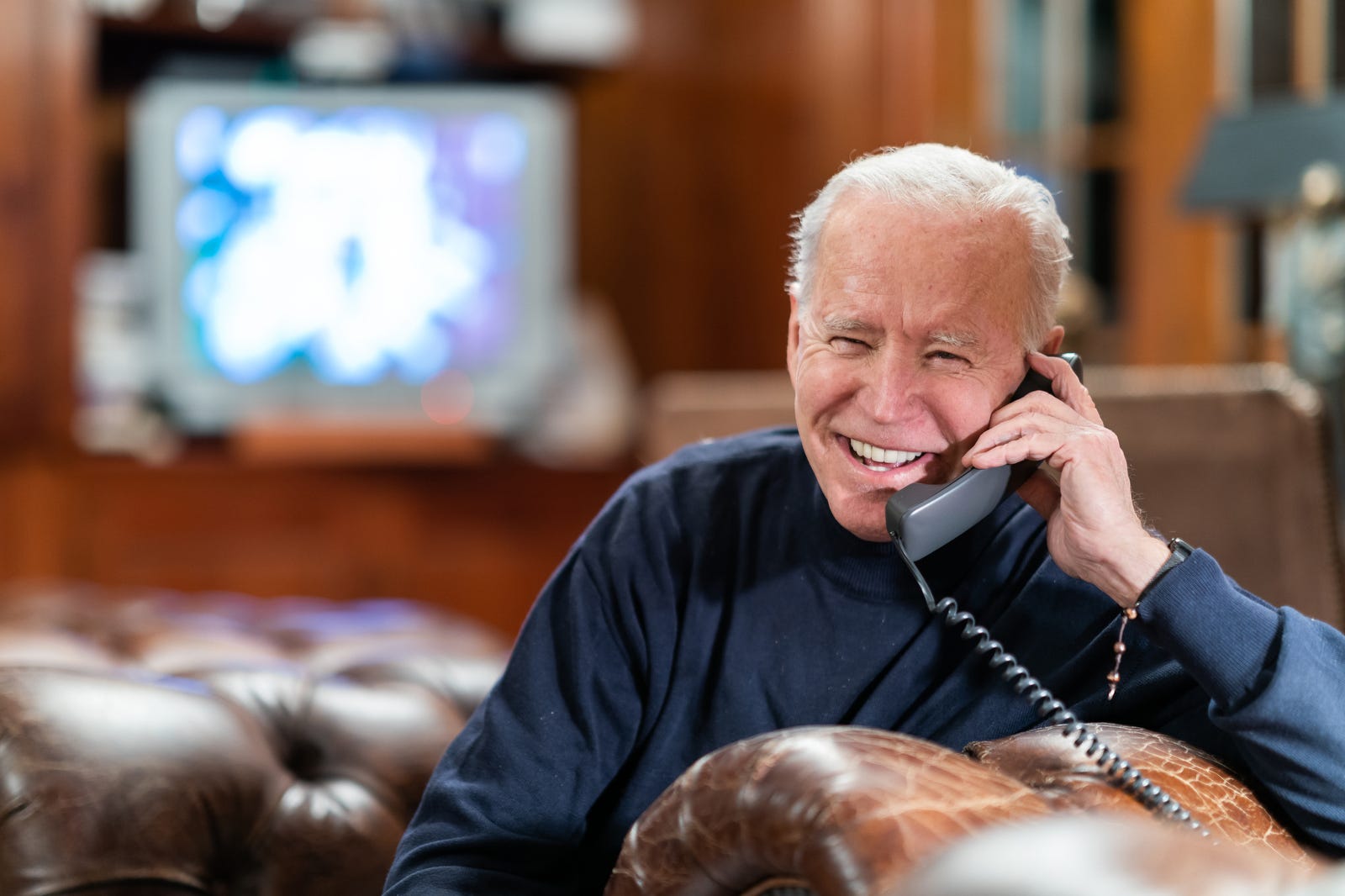 The first part is called the American Jobs Plan, and plans federal spending on infrastructure like roads, bridges, and ports, and on cutting US carbon emissions.

Biden called it a “once-in-a-generation investment in America.”

Amtrak said that its proposal would be more energy efficient than people driving or flying, and that it would bring economic benefits to regions.

It also said it would serve the US’s growing population and fill in “gaps” left by falling numbers of bus and plane routes.

Amtrak CEO Bill Flynn said in a statement shared with Insider: “President Biden’s infrastructure plan is what this nation has been waiting for. Amtrak must rebuild and improve the Northeast Corridor, our National Network and expand our service to more of America.”

“With this federal investment, Amtrak will create jobs and improve equity across cities, regions, and the entire country – and we are ready to deliver,” he added. “America needs a rail network that offers frequent, reliable, sustainable and equitable train service. Now is our time, let’s make rail the solution.”

As a US senator, Biden traveled from Delaware to Washington, DC, every day, earning him the nickname “Amtrak Joe.”

Republicans say they will probably vote against any tax increases that would finance the project.