The manufacturing industry could be short on talent for millions of jobs over the next few years. Here are the most in-demand skills, according to top leaders 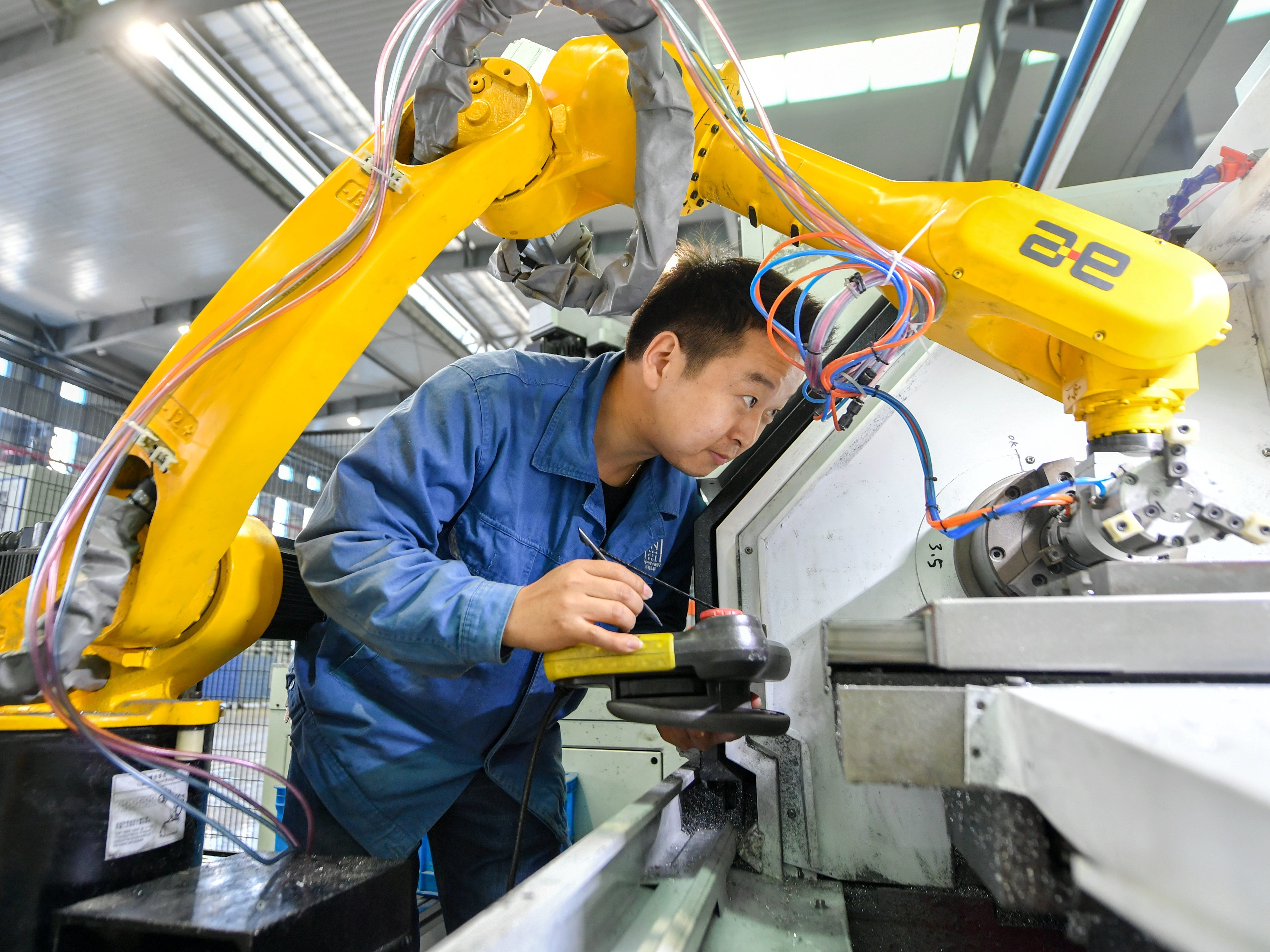 Tan Yunfeng/VCG via Getty ImagesRobotics is just one example of the manufacturing industry’s pivot to digital technology.

The manufacturing industry is rapidly changing.

What was once a physically demanding field that was characterised by line workers and clunky machinery is now a high-tech operation that relies on advanced digital tools like internet-enabled sensors, artificial intelligence, and 3D printing.

This transformation â€” one of the most profound industry shifts since Henry Ford invented the assembly line â€” is at risk of being slowed down, however, by a lack of talent. Some estimates say the sector could have millions of unfilled jobs in just the next five years alone.

That’s a key reason why there’s a massive effort across the manufacturing industry to upskill existing employees. It’s also why companies are now aggressively courting technologists regardless of their knowledge of the industry or specific applications like robotics, according to Verity Studios founder Raffaello D’Andrea.

“You could just do software and there’s huge roles for you as just a pure software engineer,” D’Andrea, who cofounded Kiva Systems before selling it to Amazon in 2012 for $US775 million, told Business Insider. “If there are two things that are of absolute necessity, it’s mathematics and programming.”

Business Insider spoke to several of the key executives who are leading the transformation in manufacturing to learn the skills that will help job-seekers stand out.

Whether through forward-looking technology like AI or 3D printing, or back-end software like Salesforce’s customer relationship management tools, there’s no stopping the continued infusion of technology into the workplace. More than knowing every specific technology, job seekers need to “recognise that you are going to be a lifelong learner” says Protolabs’ Holt. A willingness to familiarise oneself with new tools is more important than any one hard skill: “You are never done learning.”

It’s also critical for those working on transformation efforts to understand the value proposition of investments â€” as well as how to track and broadcast the results to leadership, according to GE Digital chief technology officer Colin Parris.

“Nothing is being done unless there’s a financial appeal,” he told Business Insider.

Prospective job-seekers should know the value that data can bring to an organisation, Parris said, and how to tap into for financial or operational benefit.

“You may have data scattered that’s not really connected together,” he said.

New tools are unlikely to produce much of a tangible benefit unless they’re helping to meet business objectives, which is why more technologists are being ingrained into business verticals like supply chain, legal, and customers support.

“If you could have everybody in the company understand the financial implications of the decisions they were making, you’re going to have a stronger company,” said Ellen Kullman, the former CEO of DuPont and current CEO of 3D printing firm Carbon.

Experience working outside the IT function helps bridge the gap between what the digital tools can accomplish and what is most beneficial for the company right now.