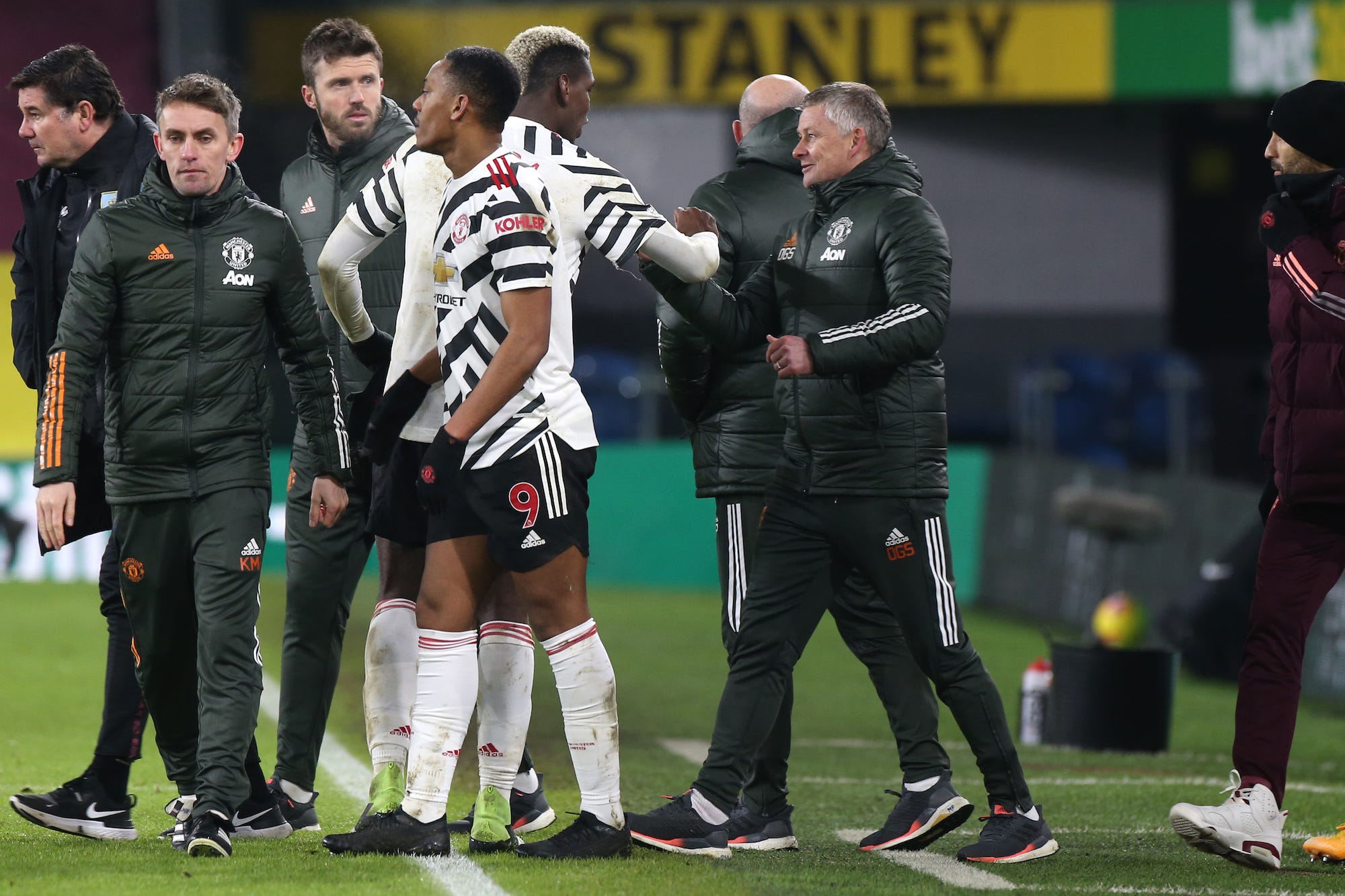 Getty/Matthew PetersPaul Pogba scored the only goal as United beat Burnley on Tuesday.

Manchester United is top of the English Premier League in January for the first time since the departure of Sir Alex Ferguson thanks to a hard-fought 1-0 win over Burnley on Tuesday night.

Paul Pogba scored the only goal in an otherwise drab affair at Burnley’s Turf Moor to hand his side victory and move it three points ahead of reigning champion Liverpool.

The last time United found itself at the top of the table after the New Year was in the last of Ferguson’s 26 seasons in charge of the club in 2012/13, when it went on to win the title.

“We’ve had a knack of getting the result over the line. And even though it could have been more comfortable at the end, because I thought we played really well in the second half and we should have had a second or third goal, still you can see the spirit and how much it means to the boys when we defended that ball at the end.”

A @PaulPogba goal sends us to the ???? of the @PremierLeague!

United next go head-t0-head with title rivals Liverpool at Anfield on Sunday, a clash for which Solskjaer has said his players are more than ready.

“Of course we know we’re going to the champions, they have had an unbelievable three-and-a-half seasons so we know that’s going to be a difficult game for us but we’re ready for it,” he said.

“I think we couldn’t have asked for a better time to play them, because we’re in good shape, in good form, we’re hungry â€” that’s the big thing, these boys are hungry. They want to get better and that’s a test again, a test of character and a test of quality.”

Pogba and Matic are ready to rise to the occasion

Pogba, whose recent good form has been played huge part in United’s ascension to the top of the table, told BBC Sport: “We knew if we won tonight we would be top of the league when we play Liverpool.

“We have to keep calm, now it is the big moment. We will see what is going to happen. It will be a beautiful game for everyone. It’s a big game coming up so let’s get ready for it.”

“We played 17 games [and] we are top of the table. That shows something,” he told the club’s website. “We didn’t play five or six games and you can say maybe it’s lucky. But after 17 games, definitely it is not lucky, definitely there is quality.

“But we cannot relax, we need to be concentrated until the end â€” to go game by game. In football, the next one is always important; the next one is the biggest final, and we will see.”

The COVID-19 pandemic will cost Europe’s big soccer leagues over $US7 billion in lost revenue, and has exposed deep ‘flaws’ in how the game is run

The number of coronavirus cases in the English Premier League has more than doubled, and fears the season will be halted are growing