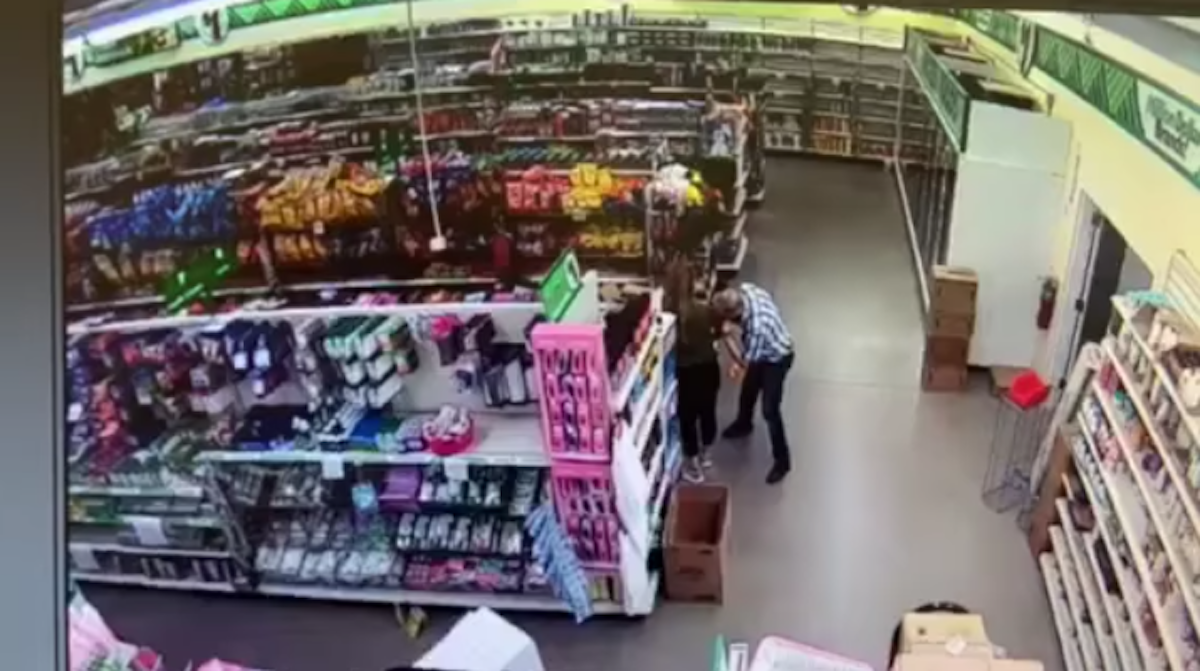 Holly Police DepartmentA man wiped his nose on the clerk’s shirt sleeve when she asked him to wear a mask in-store.

A man at a Dollar Tree in Michigan used a sales assistant’s shirt to wipe his nose on after being advised to wear a face mask in the store last Saturday.

The police department in Holly, Michigan released CCTV footage of the incident on their Facebook page on Monday, asking for the public’s help in identifying the man.

The assault took place on Saturday, May 2 at the Dollar Tree on North Saginaw Street, Holly. The man was wearing a checked shirt, dark glasses with dark pants, and entered the store at around 1.30 p.m.

A sales assistant advised the man that all in-store customers had to wear a mask to enter, as stated on the signs out front.

In the clip, the man is seen walking over to the worker before wiping his nose on the sleeve of her shirt. The police department’s post explained: “The man walked over to the clerk and wiped his nose and face on her shirt telling her, ‘Here, I will use this as a mask.'”

The post added that the man then continued to be loud and disruptive inside the store before leaving in what the post described as possibly a Ford window van.

Although the police requested assistance from the community in helping to figure out his identity, they cautioned against sharing details in a Facebook post and urged people to call the Holly police department instead.

However, news network Fox 2 reports Holly police have now arrested someone, and more details about the suspect are likely to surface once they are formally charged.