A man used Legos to make a miniature replica of Disneyland at home, and his creation looks just like the real theme park 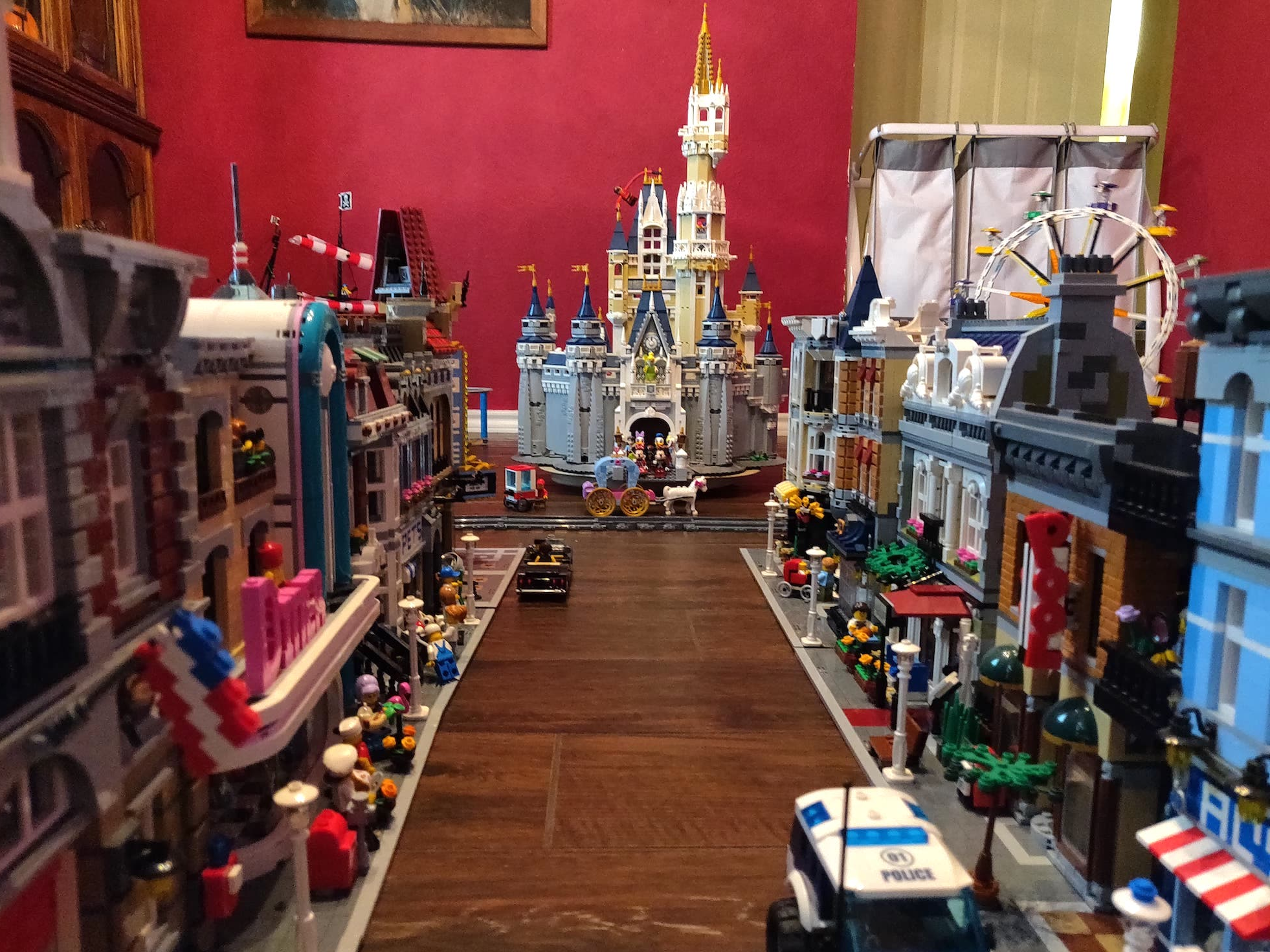 In recent weeks, Disney lovers have found creative ways to experience the company’s theme parks from home. Some people have re-created rides using household objects, while others have cooked up Disney-themed dishes.

A Texas-based fan named John Wayne Daugherty, on the other hand, decided to create a miniature Disneyland using Lego pieces. His design featured everything from a castle with small characters to a replica of Main Street, U.S.A. There’s even a moving train that looks like the one at the theme park.

He’s since posted a video of the miniature Disneyland to YouTube so that Lego fans around the world can get a better look at his creation.

John Wayne Daugherty is a big Lego fan, and has been collecting the toys for 4 years

Speaking to Insider, Daugherty said he became interested in Legos after purchasing a set from a local shop. Pretty soon after, he thought of a way to incorporate his love for Disney into his new hobby.

“My very first Lego set was a gently-used Ferris wheel that I bought from a family-owned store here called Bricks & Minifigs in Plano, Texas,” he said. ” I love amusement parks and rides, and the Ferris wheel has always been a favourite.” 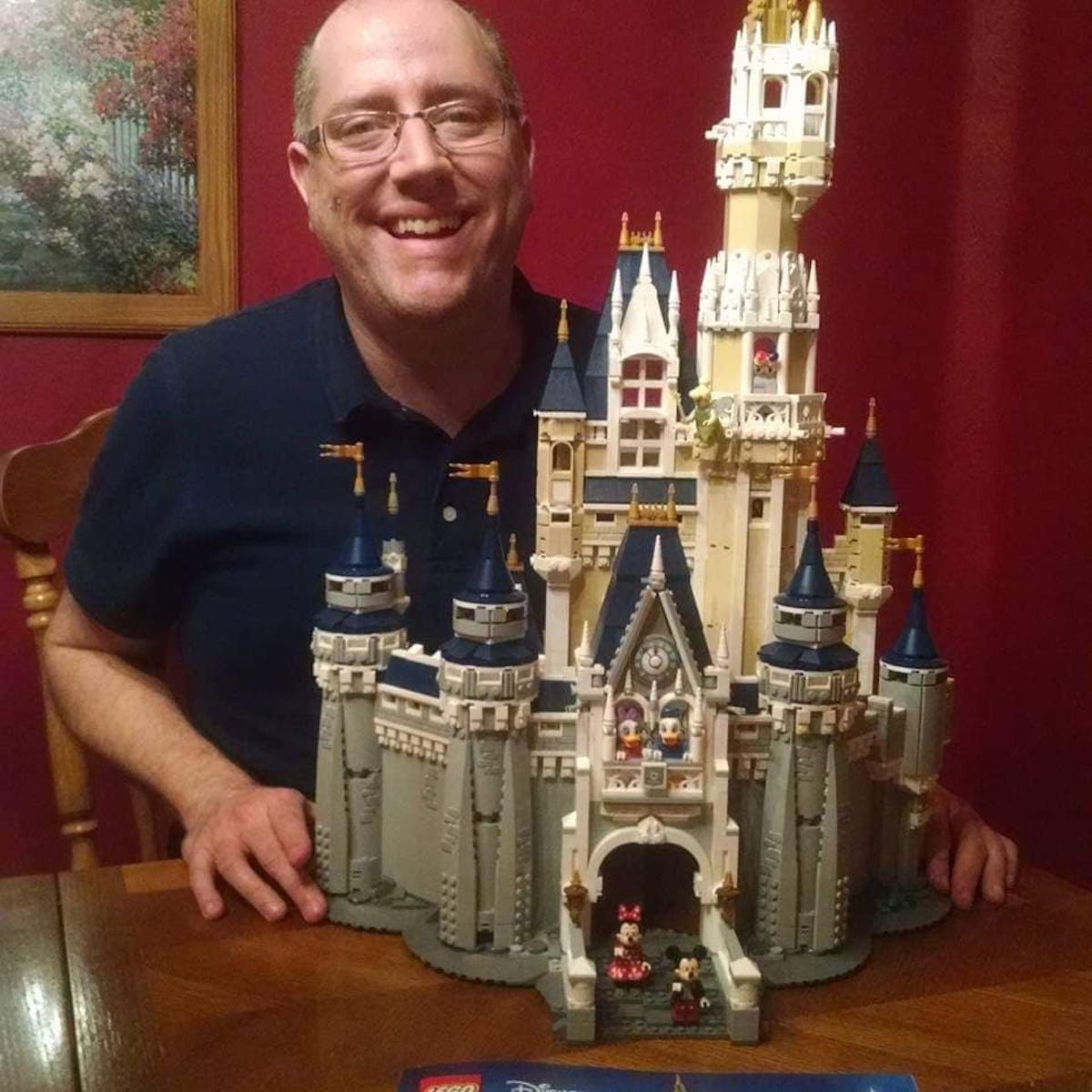 “About six months after the Ferris wheel was purchased, a Disney castle Lego set came out, then a carousel, and that’s when I thought, ‘You know, I could make my own version of a Lego Disneyland Park,'” he continued.

“That was back in 2017, and I’ve been collecting with that goal in mind ever since,” Daugherty said.

Daugherty and his family planned to visit Disney World in Orlando, Florida, over spring break, but of course had to cancel once the parks temporarily closed. Looking on the bright side, Daugherty says that’s where his Lego re-creation came in handy.

“This helped me have a little Disney fun without actually being there,” he said. 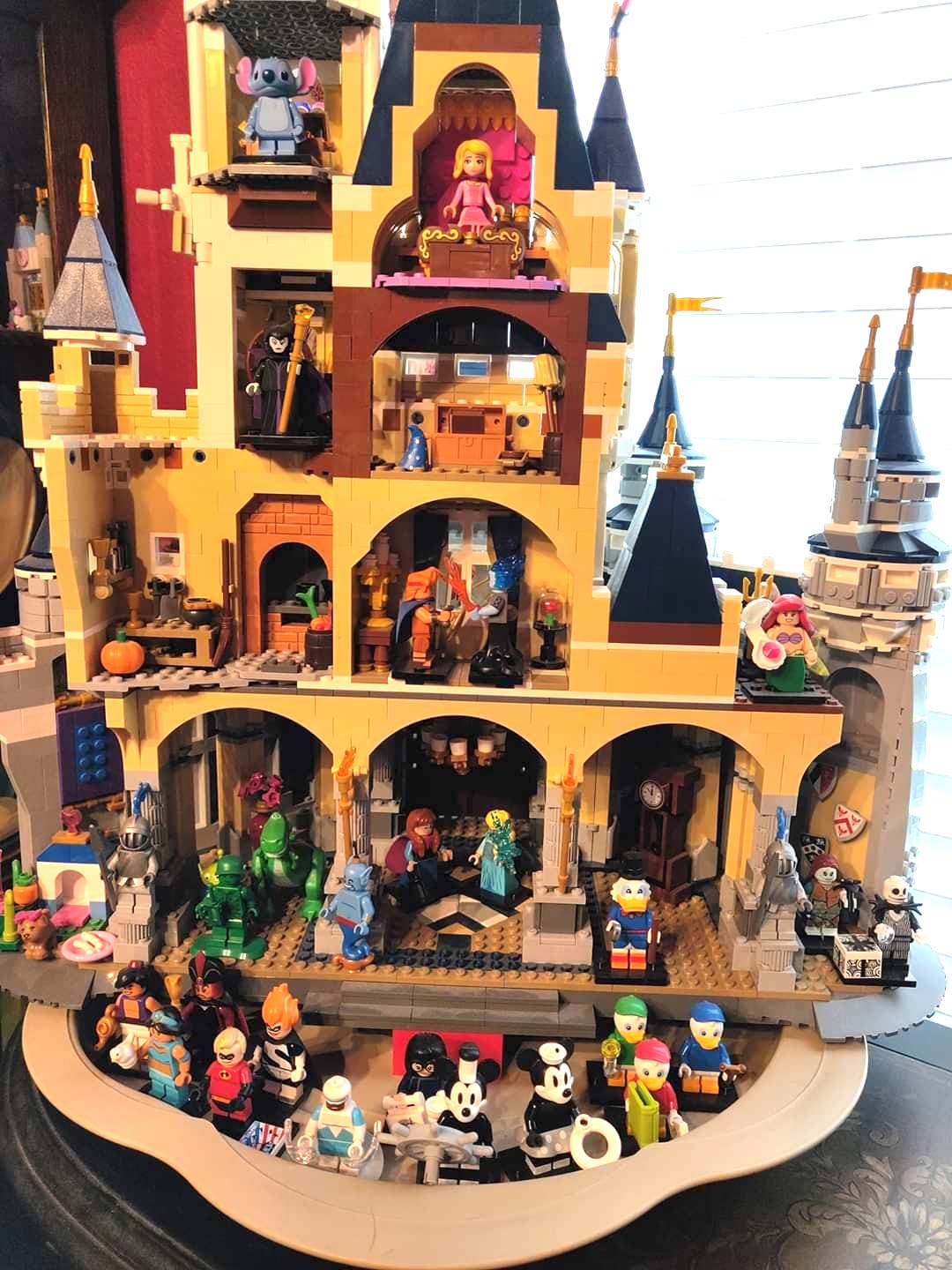 Typically, Daugherty stores his Lego collection in both his dining room and bedroom. But because he’s social distancing, he was able to bring nearly his entire collection into one space.

“My ‘little’ habit is just tolerated by my family,” he said. “Most of the sets, I’ve received as gifts for various occasions over the last four years.”

In the future, Daugherty plans to expand his collection, and has hopes that Disney and Lego will continue to collaborate – he’d particularly love to see sets inspired by the Seven Dwarfs Mine Train and the Haunted Mansion rides. He even wants to dedicate a room of his home to the building toys.

“As the kids get older and move out, I’d like to set it up permanently in one of the extra bedrooms,” he said of his miniature Disneyland. “But that’s a few years away.”