Perhaps the most surreal fact about the case of 35 year old Bryan Gardner who back in 2009 sent CitiMortgage a $353,000 money order “drawn on the account of the ‘Secretary of the Treasury Hank M. Paulson, Jr.” in order to satisfy the final payment for a property in Bowie, Md, is that…. he succeeded.

Fox Biz has more: “CitiMortgage erroneously accepted the document and credited Gardner’s mortgage account in full,” according to a Secret Service affidavit.

Within months, Gardner sold the property for $254,900 and then “distributed the proceeds to others,” according to public records and the Secret Service affidavit. Investigators believe Gardner may have initially secured the mortgage under false pretenses.

Through a spokesman, an FBI agent who investigates mortgage fraud said he was surprised the scheme succeeded, and a former Justice Department official who helped lead fraud enforcement efforts in the wake of the financial meltdown agreed, calling the approval of the money order “bizarre.” Perhaps what is more bizarre is just how a plan like this, which a 3 year old could concoct, but not even a 3 year old would be dumb enough to believe it would fly, actually succeeded. Just how big is the pool of “unclaimed” cash on deposit at CitiMortgage is there was i) no actual account was debited for the full amount and ii) nobody noticed that the Treasury department was paying off a private mortgage.

Unfortunately, we are confident that by the time the entire mortgage fraud house of cards is unwound, we will learn of cases in which President Lincoln personally prepaid mortgages closing in 2010. But have no fear: this is only money that will be funded out of the general Treasury ledger, and which you, dear taxpayer, will foot the bill for. Nobody else.

It gets even funnier as our law enforcers realise that merely the tip of the iceberg in mortgage fraud land is beyond ridiculous:

“I’ve never heard of a case where a mortgage for such a large amount was satisfied with a fraudulent instrument — an instrument that’s so on-its-face fraudulent,” said Paul Pelletier, who until a few months ago was a top-ranking official in the Justice Department’s Fraud Section. “You’d be amazed at how many people try and pass off (fraudulent) stuff. But does it ever work? No, it rarely works.”

In fact, Gardner’s alleged scheme didn’t work the first time he tried. In November 2008, two months before his successful attempt, Gardner sent a nearly identical money order to CitiMortgage, but it was rejected, according to the Secret Service. The only difference the second time around: Gardner requested slightly more money, court documents say.

Pelletier said this case is “extraordinarily unusual” not only because CitiMortgage ultimately honored a fraudulent money order, but the company allowed it to be credited to Gardner’s mortgage and likely issued a “satisfaction” on the mortgage, as reflected by Gardner’s ability to sell the property.

As for Citi, why they have no idea what this means.

A CitiGroup spokesman said he was limited in the details he could offer about the case:

“We notify law enforcement authorities about matters of suspected fraud,” spokesman Mark Rodgers said. “This case is currently under their purview, so we do not think it appropriate to provide details.”

A spokeswoman for Paulson said the former treasury secretary was unaware of the case.

Pelletier, now with the firm Mintz Levin in Washington, said Gardner seems to have gotten “lucky” for two years, but in such cases, “You’re going to get caught eventually.”

Gardner has now been charged through criminal complaint with one count of mail fraud. A grand jury has yet to indict him.

We feel bad for Citi: perhaps the mortgage agent just thought they were returning a modestly reduced favour:

In November 2008, Paulson and other Bush administration officials agreed to lend CitiGroup $45 billion in taxpayer funds, hoping to stave off an even deeper financial crisis. It was one of the largest bailouts ever in U.S. history. CitiGroup has since repaid its debt to the U.S. government.

As for the brilliant Mr. Gardner…

According to public records in Maryland, Gardner filed for bankruptcy protection in February, and two months later he agreed to surrender his Ford Expedition and Waldorf home. The case has since been closed.

If nothing else, and TARP 2 is certainly not nothing else, the full extent of the fraud, potentially reaching well into the trillions, will provide for countless hours of late night and blogging humour. We can’t wait. 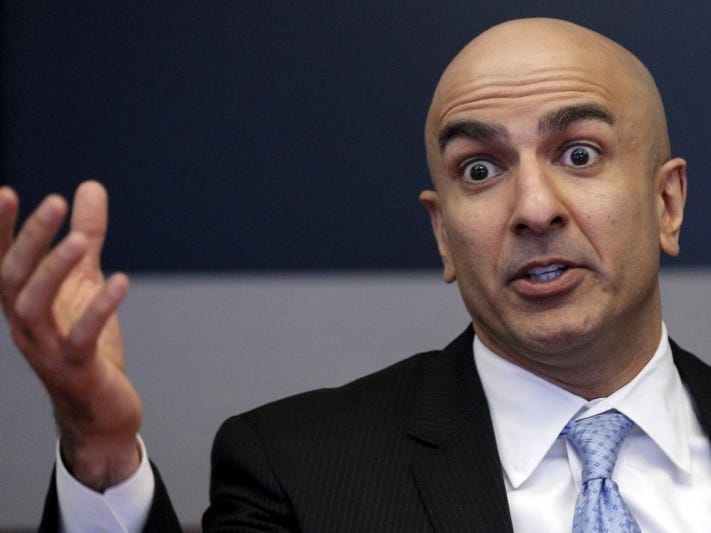