A 28-year-old man who was linked to Breonna Taylor's case was fatally shot, local report says 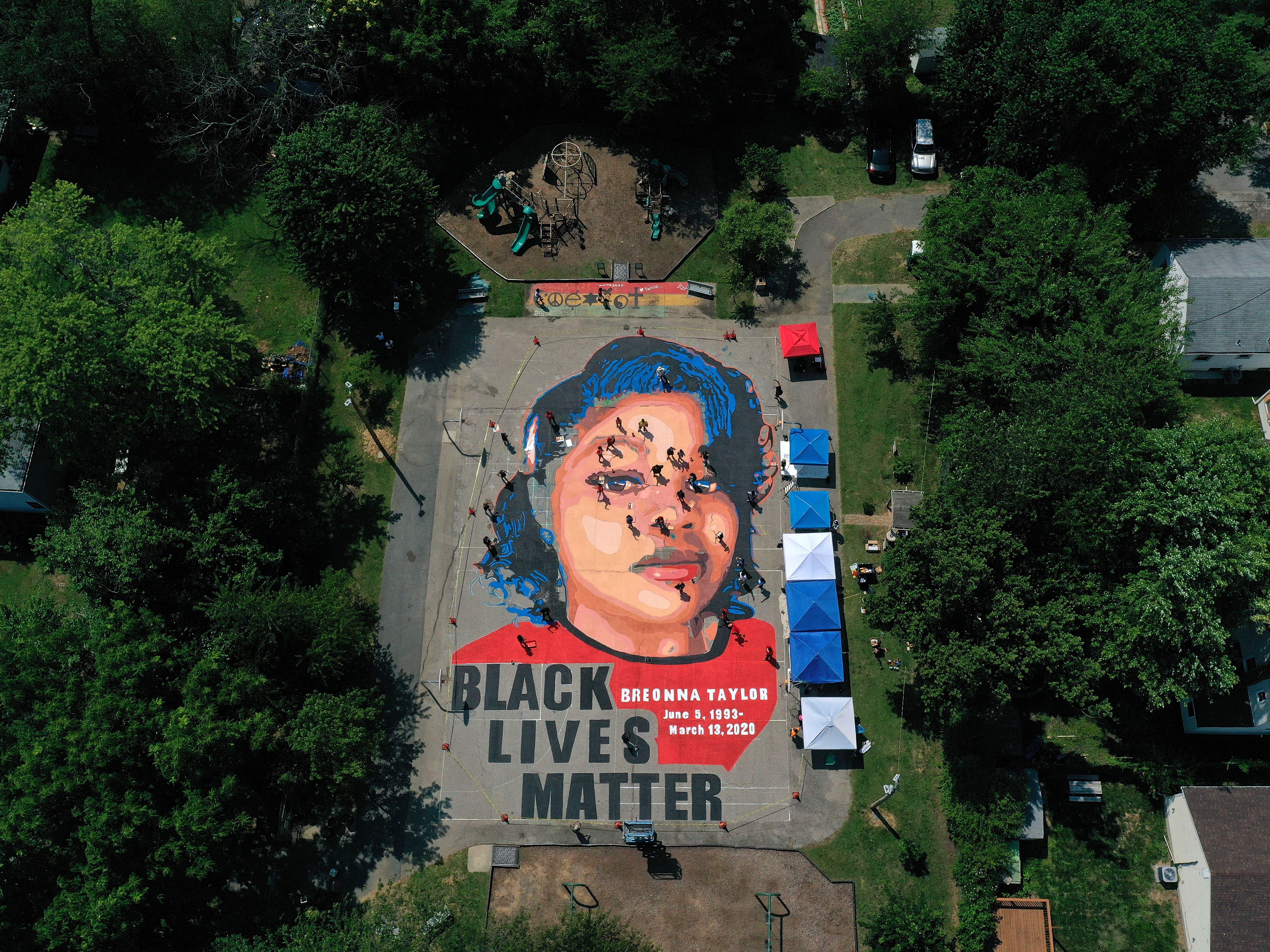 Patrick Smith/Getty ImagesIn an aerial view from a drone, a large-scale ground mural depicting Breonna Taylor with the text ‘Black Lives Matter’ is seen being painted at Chambers Park on July 5, 2020 in Annapolis, Maryland.

A 28-year-old man linked to the Breonna Taylor case was fatally shot in Louisville, Kentucky on Thursday, according to Louisville Courier-Journal.

Adrian Walker was one of the key suspects of the drug investigation that led to the fatal police shooting of Taylor earlier this year.

Taylor was a 26-year-old emergency medical technician who was shot by Louisville Metro Police officers who were executing a “no-knock” warrant search and forced themselves into her apartment on March 13. Police said they starting shooting after Taylor’s boyfriend, Kenneth Walker, who was in her apartment at the time, fired at the officers.

Walker had not been mentioned on the warrant, according to CBS19, but Taylor, her ex-boyfriend Jamarcus Glover, 30, and Adrian Walker (not related to Taylor’s boyfriend) were listed. Glover, according to an affidavit cited by CBS19, who was the key target of the investigation, had been using Taylor’s address as his own a few weeks before the shooting.

Authorities said Taylor was believed to be entangled in the drug operation with her ex-boyfriend Glover who police said was leaving drugs and money in her apartment, according to the affidavit cited by CBS19. People close to Taylor said the Glover and Taylor were no longer together, ABC News reported. In the wake of her death, police released recorded jail phone calls between Taylor and Glover. In one call, Glover said Taylor was stashing $US8,000 for him and “handling all my money,” Courier-Journal reported in August. But as the outlet reported, neither cash nor drugs had been found at Taylor’s home after her death. Glover publicly stated that Taylor was not associated with any criminal activity, according to ABC News.

Glover was detained by police officers on March 13 but was later released, CNN reported. He was taken into custody again in August on separate criminal charges, according to the report. Walker, along with Glover, was accused of operating a “trap house” and constantly visiting Taylor’s home, according to CBS19 citing the warrant. Walker pleaded not guilty to charges related to this case in July, according to the Courier-Journal.

A grand jury in September had declined to charge 2 of the 3 Louisville police officers involved in Taylor’s death. The only charges in her case were for shooting into her neighbour’s apartment, as the officer charged faced three counts of first-degree wanton endangerment.