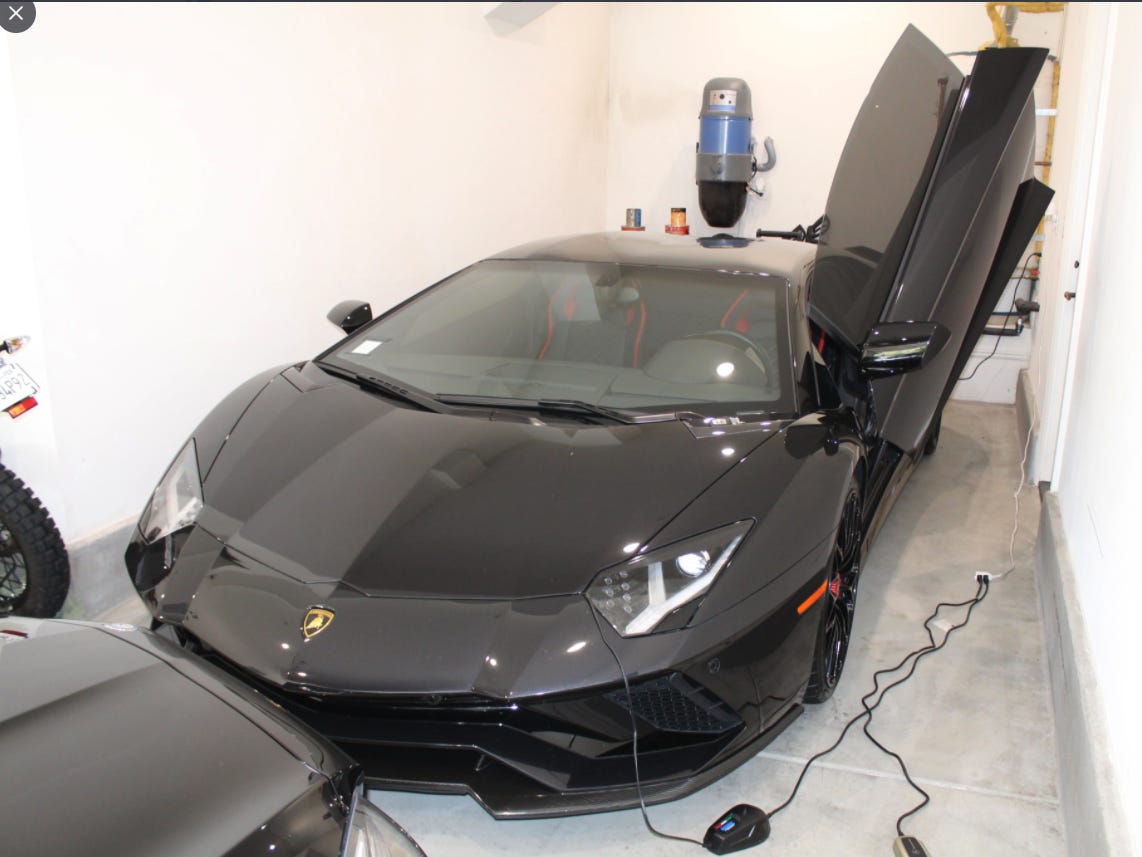 US Attorney’s Office for the Central District of California, TwitterA black Lamborghini, one of the cars federal agents seized from the suspect.

A man from Irvine, California, was arrested on Friday over charges that include illegally obtaining $5 million in COVID-19 relief and spending it on sports cars, according to the Department of Justice.

Mustafa Qadiri, 38, is accused of fraudulently receiving money through the Payment Protection Program by applying for the loan under the guise of “sham businesses.” His charges include bank fraud, wire fraud, aggravated identity theft, and money laundering.

According to the indictment, Qadiri applied for the PPP loans in May and June of 2020. He submitted falsified documents to three different banks, claiming to operate four businesses in Orange County, none of which are currently in operation. He provided the banks with false employee records, tampered bank account balances, and fake tax returns.

Read more:
Fraudulent unemployment claims have cost the US tens of billions of dollars since the pandemic began. Congress and the Biden administration need to crack down on this abuse.

For one of the loans, the Justice Department said he used another person’s name and social security number.

His loan applications were approved and the banks transferred about $5 million into his accounts, the indictment said.

The Justice Department said he allegedly used the “fraudulently obtained” loans “for his own personal benefit, including for expenses prohibited under the requirements of the PPP program, such as the purchase of luxury vehicles, lavish vacations, and the payment of his personal expenses.”

Ferrari, Bentley, and Lamborghini sports cars that Qadiri allegedly bought with the loans were seized by federal agents.

PPP loans were implemented as a coronavirus relief measure and were intended to encourage small businesses to keep their employees on payroll during the economic fallout of the pandemic. The loans did not have to be paid back as long as they met certain spending criteria.

“Businesses must use PPP loan proceeds for payroll costs, interest on mortgages, rent, and utilities,” the Justice Department said.

Charges have been brought against multiple people related to fraudulently obtaining PPP loans.

In a similar case, the Justice Department said Friday a man from Connecticut was arrested over charges that allege he fraudulently obtained $2.9 million in PPP loans and spent them on expensive cars, including to pay off a Porsche Panamera Turbo and to purchase both a Mercedes and BMW.