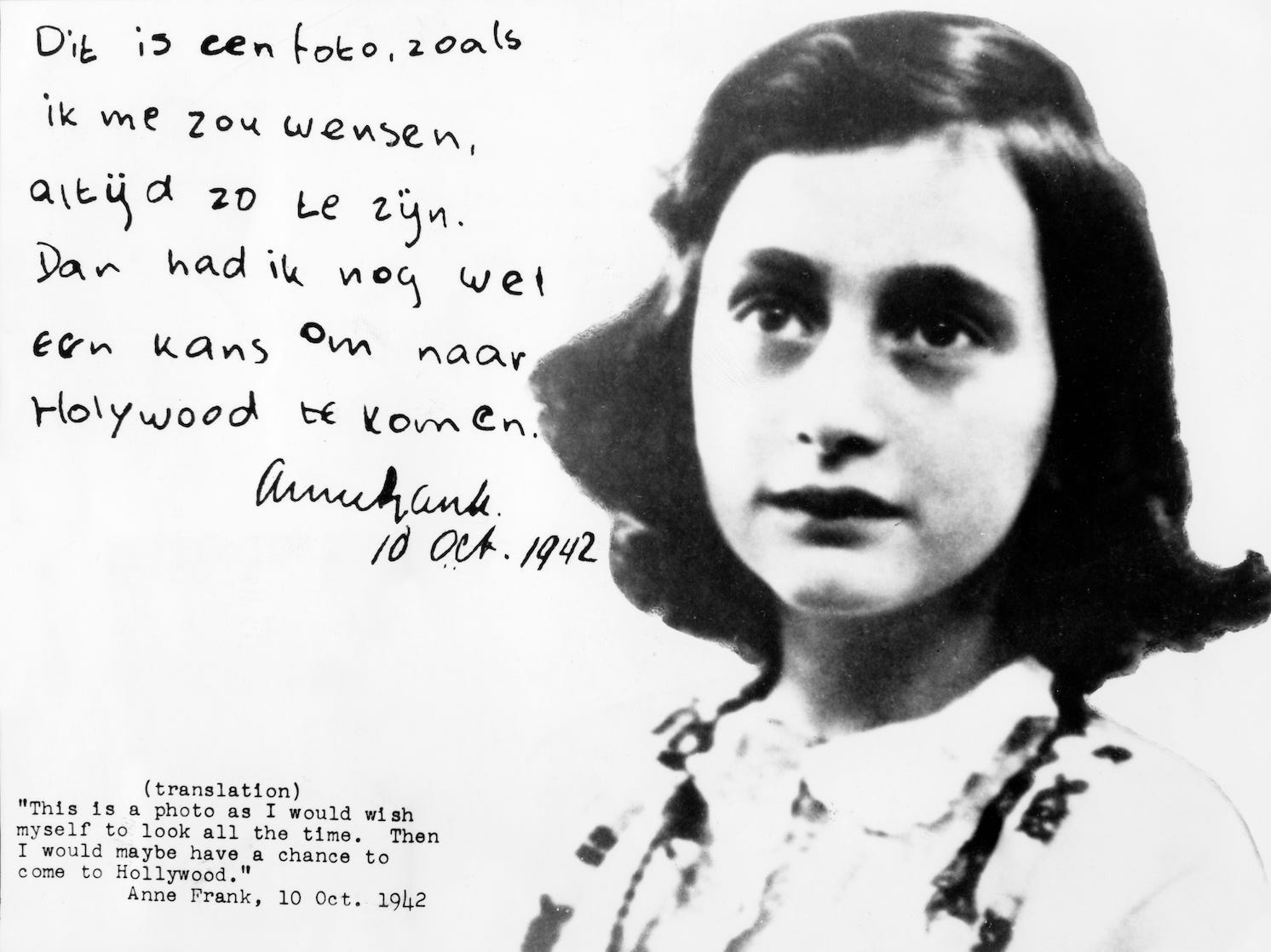 Ullstein Bild via Getty ImagesA portrait of Anne Frank alongside a handwritten comment from her diary.

A makeup brand faced a storm of criticism on Wednesday for naming a new liquid blush product after Jewish diarist and Holocaust victim Anne Frank.

To promote female empowerment during “Sexual Health Awareness Month,” the Hong Kong company Woke Up Like This (WULT) launched its “Face Dab” collection of liquid blushes.

They were named after “inspiring, famous women in hopes to inspire WULT customers to live their dreams and break through gender barriers,” Jewish newspaper Algemeiner reported.

“Naming a shade of blush after Anne Frank, who was a victim of genocide is revolting,” Ben M. Freeman, a Jewish author tweeted earlier this week. “Dead Jews are not a marketing opportunity.”

Freeman also called out Time Out Hong Kong for writing a raving review about the makeup line in their magazine.

“[Time Out Hong Kong], shame on you for not noticing and for promoting this disrespect,” Freeman wrote alongside a screenshot of the article.

Naming a shade of blush after Anne Frank, who was a victim of genocide is revolting.

Dead Jews are not a marketing opportunity. @timeouthk, shame on you for not noticing and for promoting this disrespect. pic.twitter.com/bbPcjiLcc1

Others also voiced their outrage on social media, with freelance journalist Claire Coleman tweeting: “WTAF!? I am just STAGGERED that at no point in the creative process did anyone on the Woke Up Like This team, or ANY of the other hundreds of people involved say ‘ummm guys, this might not be appropriate.'”

WULT has since removed the “Dream Like Anne” blush from its website but has kept the others.

The company has since issued an apology, saying that the product “Dream Like Anne” was meant to pay tribute to Anne Frank and her legacy.

“The miracle of her legacy, ‘The Diary of a Young Girl’, is that even in the face of extreme hardship, isolation, and ultimate tragedy, her seminal expression of hope for the future continues to inspire generations,” WULP told Insider in a statement.

“We are extremely sorry that paying tribute to her in this way appears to have caused offence and is considered disrespectful. Our intention was quite the reverse, to bring positive energy and shite a little light through unprecedented testing times during the global pandemic,” they added.

Time Out magazine also issued an apology for writing about the brand, saying they were sorry “for the distress that this piece has caused.”

“We understand and recognise the insensitivities within this article, and that the inclusion of this product came across as disrespectful of Anne Frank and what she represents,” the magazine said in a statement, according to the New York Post. The article has since been removed from the website.

Anne Frank is one of the most renowned Jewish victims of the Holocaust.

She died in Bergen Belsen concentration camp at the age of 15 and gained fame posthumously with the publication of her best-selling diary, titled “The Diary of a Young Girl,” which she penned while in hiding in Amsterdam.