New York City has built a makeshift morgue as the city deals with a massive spike in coronavirus deaths, as 88 die in one day Coronavirus deaths continue to climb in New York City, which is quickly becoming one of the worst-hit places on earth, and is taking drastic action to cope.

As of Wednesday night, there were more than 20,000 cases in New York City. At least 280 people there have died, prompting a stark warning from Mayor Bill de Blasio, who said that half of New Yorkers are likely to get the disease.

As the city braces for still more cases, which are expected to peak in the next three weeks, a temporary morgue has been built outside of Manhattan’s Bellevue hospital. 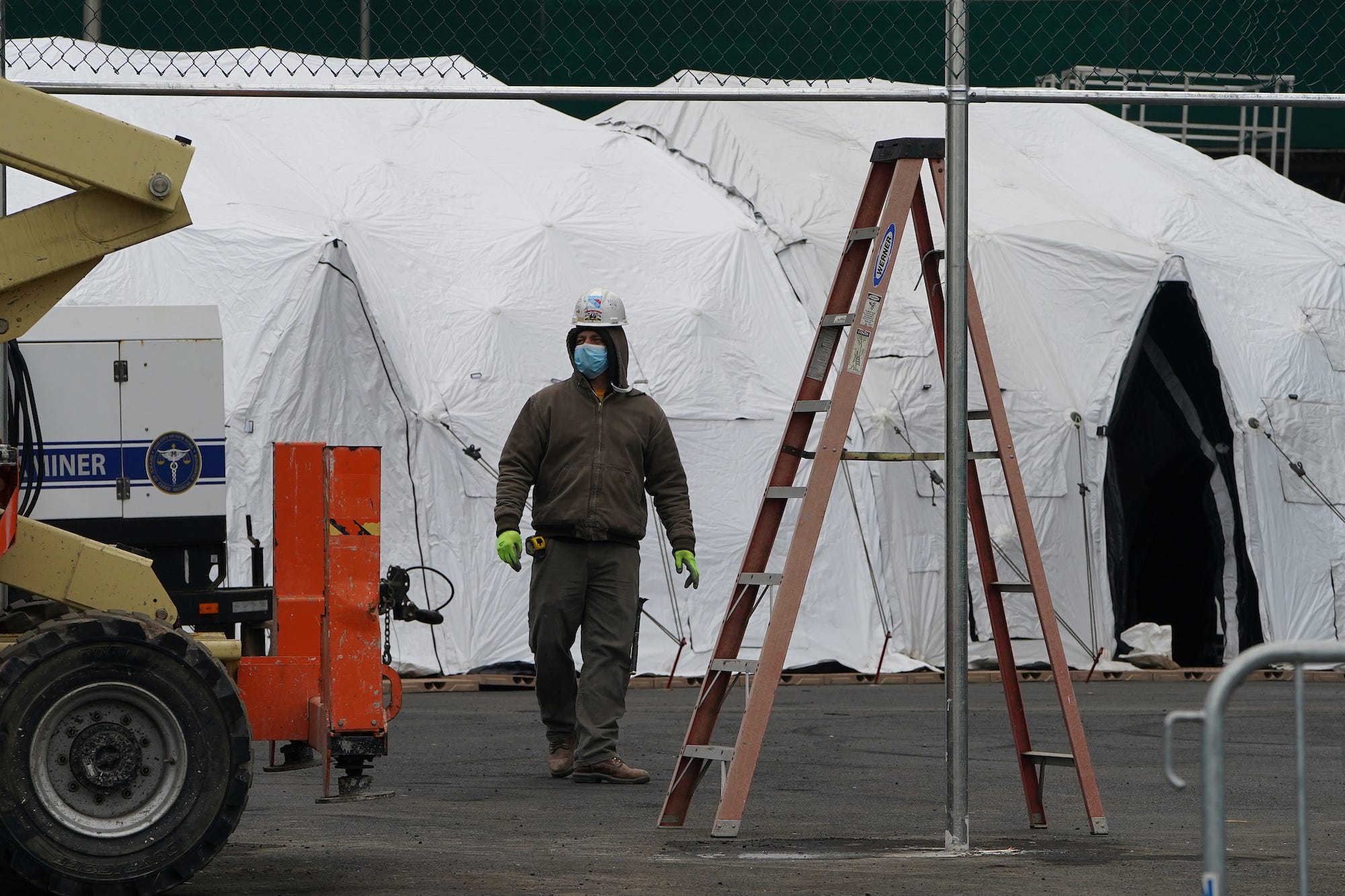 Carlo Allegri/ReutersThe morgue is being built to deal with an influx of coronavirus deaths in the coming weeks.

NBC New York reported on March 25 that the morgue – effectively a massive tent – was built with the help of the the US Army and Air Force, and has not yet been put into use.

Makeshift morgues like the one built outside of Bellevue are part of a plan the city devised in 2008 to deal with a mass-casualty pandemic. Also included in the plan was the option to have Rikers Island prisoners dig mass graves on the city-owned Hart Island.

As of the night of March 25, the city had more than 20,000 cases of COVID-19, swamping hospitals, and leaving medical workers struggling to stay protected because of a shortage of protective gear like aprons and surgical masks.

On Wednesday, one of the city’s funeral directors told Business Insider that some morgues were already seemingly at capacity with coronavirus victims.

“On Sunday the morgues already seemed full,” the mortuary professional said, who asked not to be named due to the sensitivity of their work, adding that there are typically only one or two corpses on Sundays. (Business Insider confirmed the person’s identity.)

“You have to wait for the tests to come back before making the removal for our safety,” they said, and due to a sometimes days-long lag in that testing “the death toll from COVID currently is much higher than it is in the news.”

All New Yorkers are being ordered to stay home for the time being in an attempt to slow the spread of the virus.

Meanwhile, New York Gov. Andrew Cuomo has criticised about a stimulus bill passed by the Senate Wednesday night, which would give $US3.8 billion to the state.

Cuomo called that a “drop in the bucket” compared to the $US15 billion he says is necessary. Cuomo said the state has already spent $US1 billion on the coronavirus crisis.