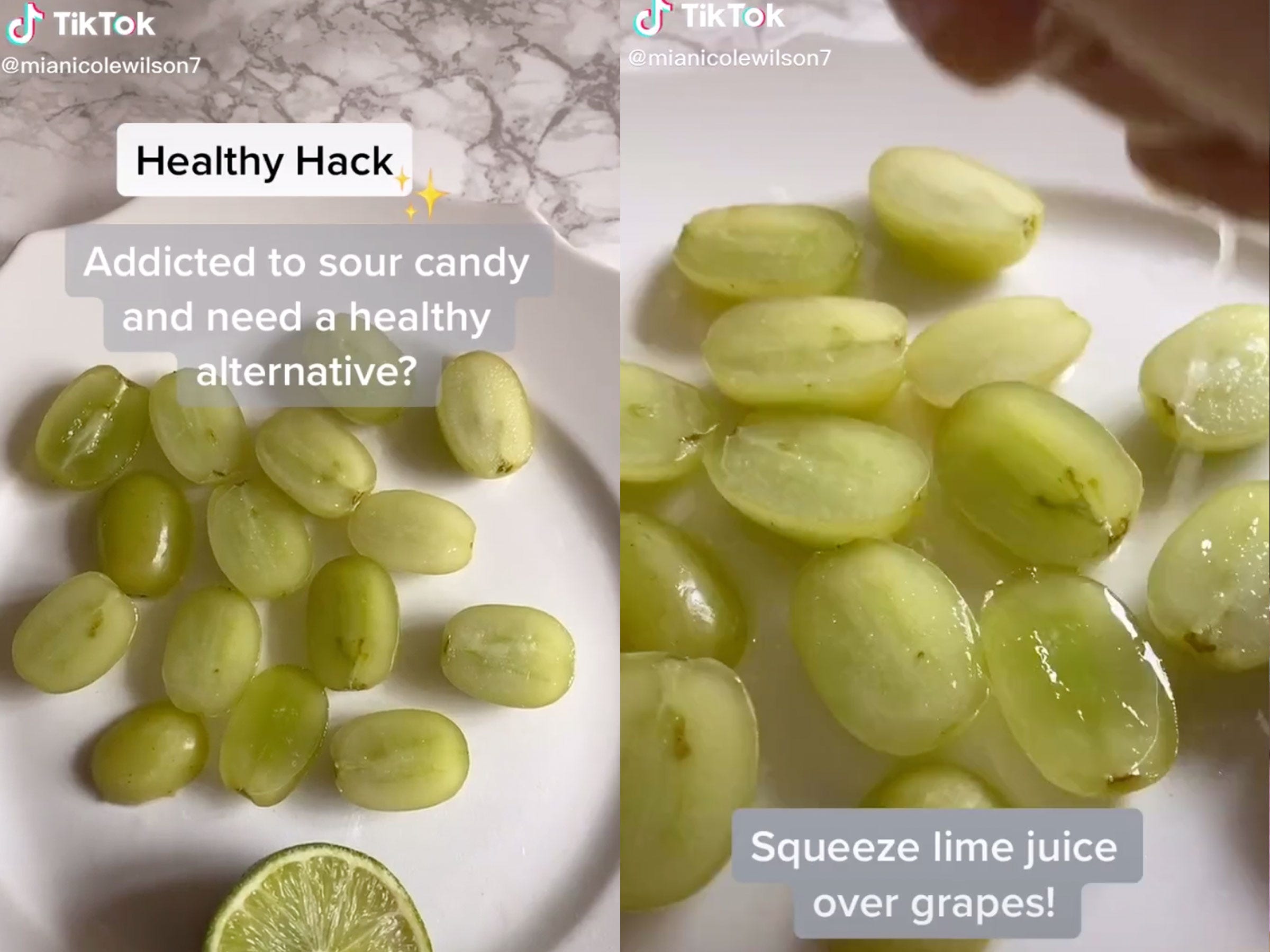 From doughnut cereal to Oreo-stuffed truffles, plenty of sweet treats have been filling up our TikTok feeds recently.

But there’s another food trend slowly gaining steam, and it’s a fruity alternative that claims to taste just like one very famous candy.

People on TikTok are turning grapes into “natural” Sour Patch Kids, and all it takes is some lime juice and a freezer.

It appears that the first video of the clever hack was posted by Mia Wilson.

Wilson, who lives in Fort Worth, Texas, told Insider that she had first tested out the hack after seeing it on Reddit “a while ago.”

“I tried it and loved it,” she said. “I was addicted to candy and Sour Patch were my favourite. I love that these are a healthier alternative with a pretty similar taste.”

The skincare blogger recently had some grapes in her fridge and wanted to try the hack again. She filmed the quick process in a TikTok video, which has since received more than two million views. 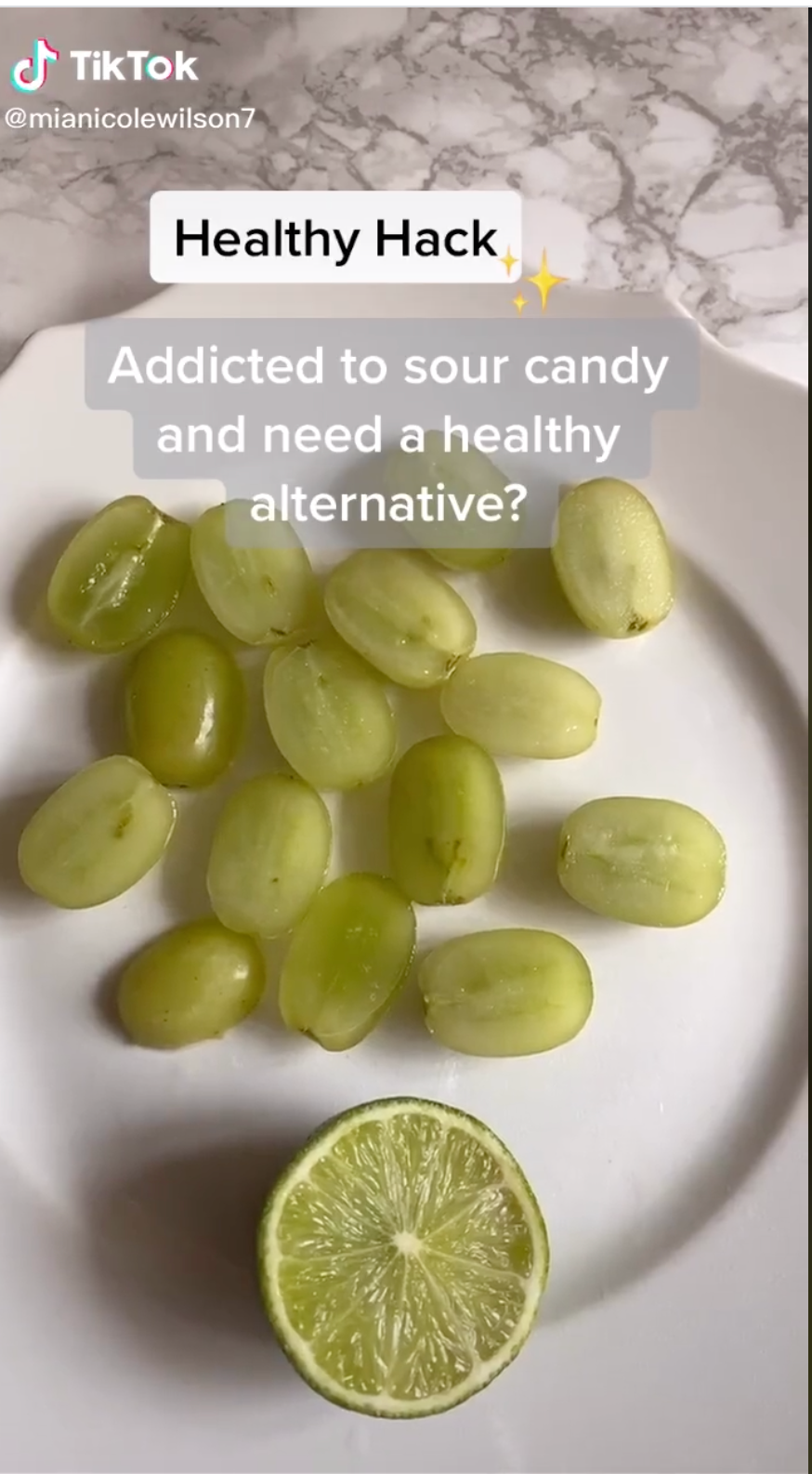 Mia WilsonWilson made a video of the hack, which has since been viewed more than two million times on TikTok.

“On a whim I decided to make a quick TikTok video to share the hack,” Wilson said. “I never thought it would get that popular!”

Compared to many of the recent TikTok food trends, the Sour Patch Kids hack is very simple and quick.

“Just cut up grapes lengthwise and squeeze some lime juice over them,” Wilson said. “You can add as much or as little as you want. I use green grapes since they’re more sour than red grapes.” 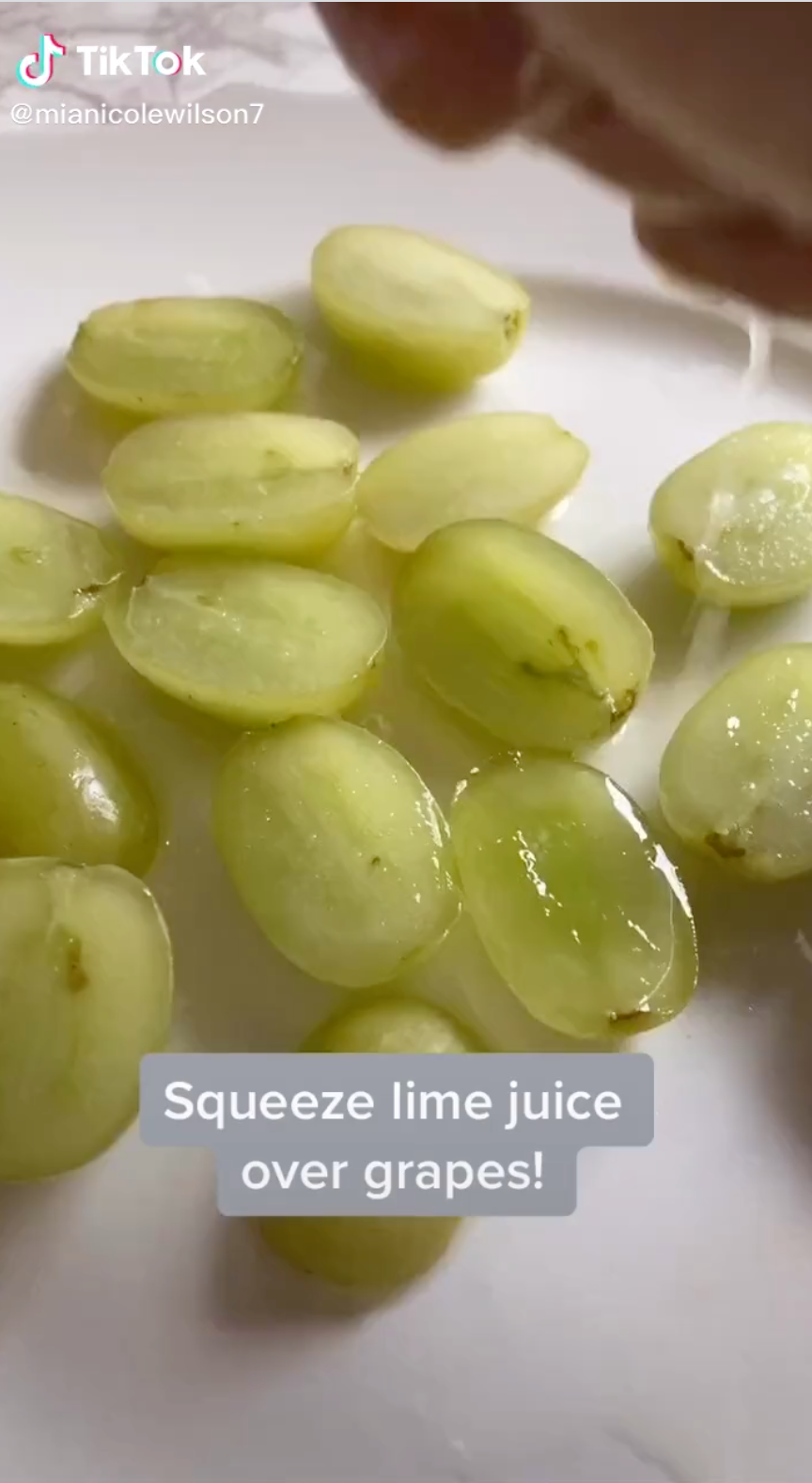 If you want to freeze your grapes, Wilson recommends cutting them first for less hassle. 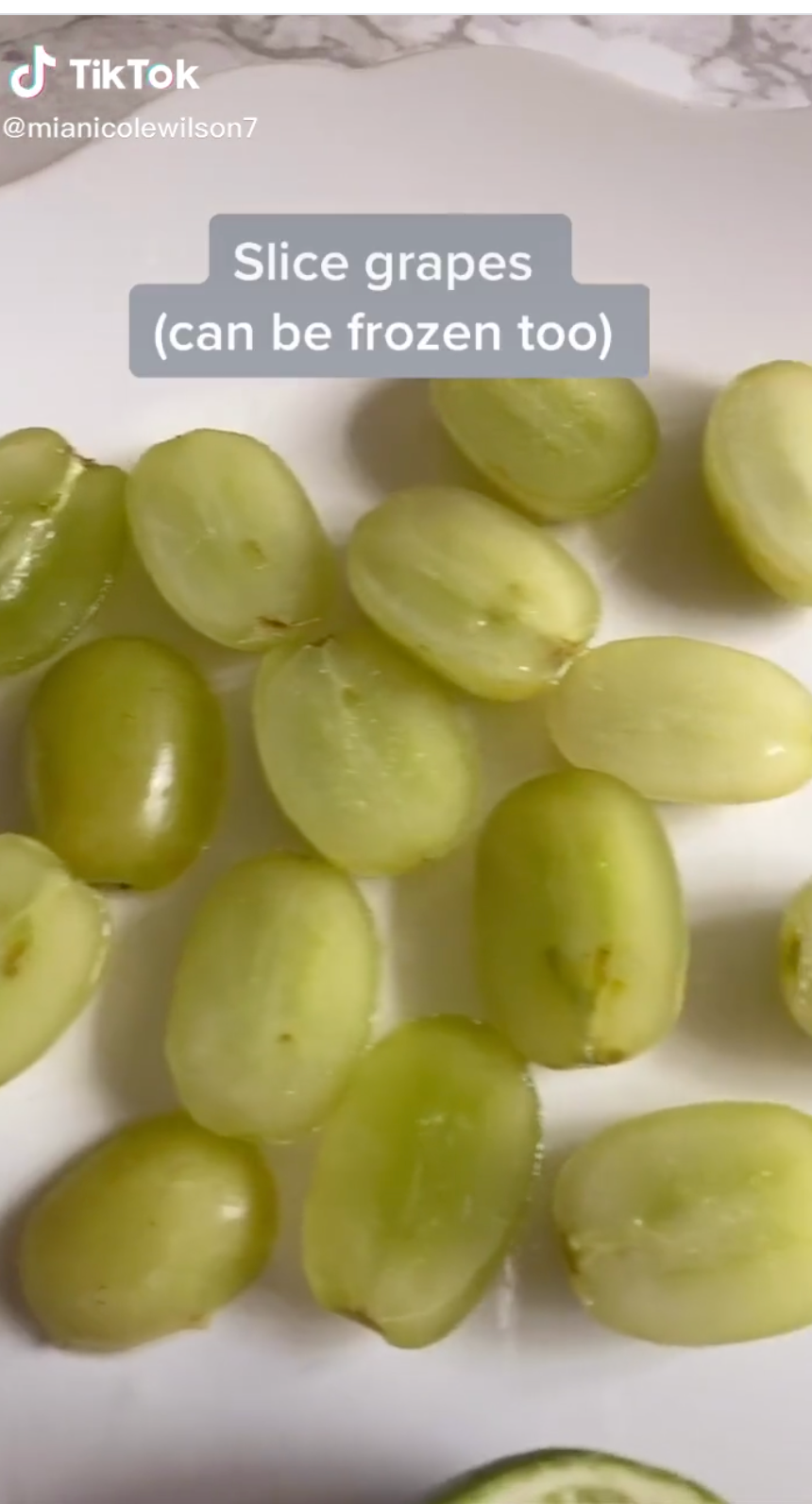 Mia WilsonYou can also freeze the grapes for a summer treat.

Hundreds have tested out the hack with fresh or bottled lime juice, while others have tried it with red grapes or raspberries.

It appears that the trend really took off after TikTok user @hustle.rose posted a video of the hack.

“So I saw this thing on TikTok where if you have green grapes and you put lime juice on them, they taste like Sour Patch Kids,” she says in the video, which had more than 593,000 views at the time of writing.

The audio from @hustle.rose’s video has since been used in more than 180 videos by TikTok users trying out the hack for themselves.

And many of them agreed that the hack really does make grapes taste like the sugar-covered candy.

“Some people have commented, ‘I know this doesn’t taste like Sour Patch,’ and then come back and comment that it actually does,” Wilson said.

Wilson thinks that the hack has been such a hit in quarantine because it’s so quick, and many people already have the ingredients in their kitchens.

“Grapes and limes are pretty basic fruits that most people have on hand while stuck at home, and most haven’t thought of combining the two,” she said.

People have since created new versions of the hack, adding everything from Jell-O powder to monk fruit sweeteners to “take it up a notch,” Wilson added.