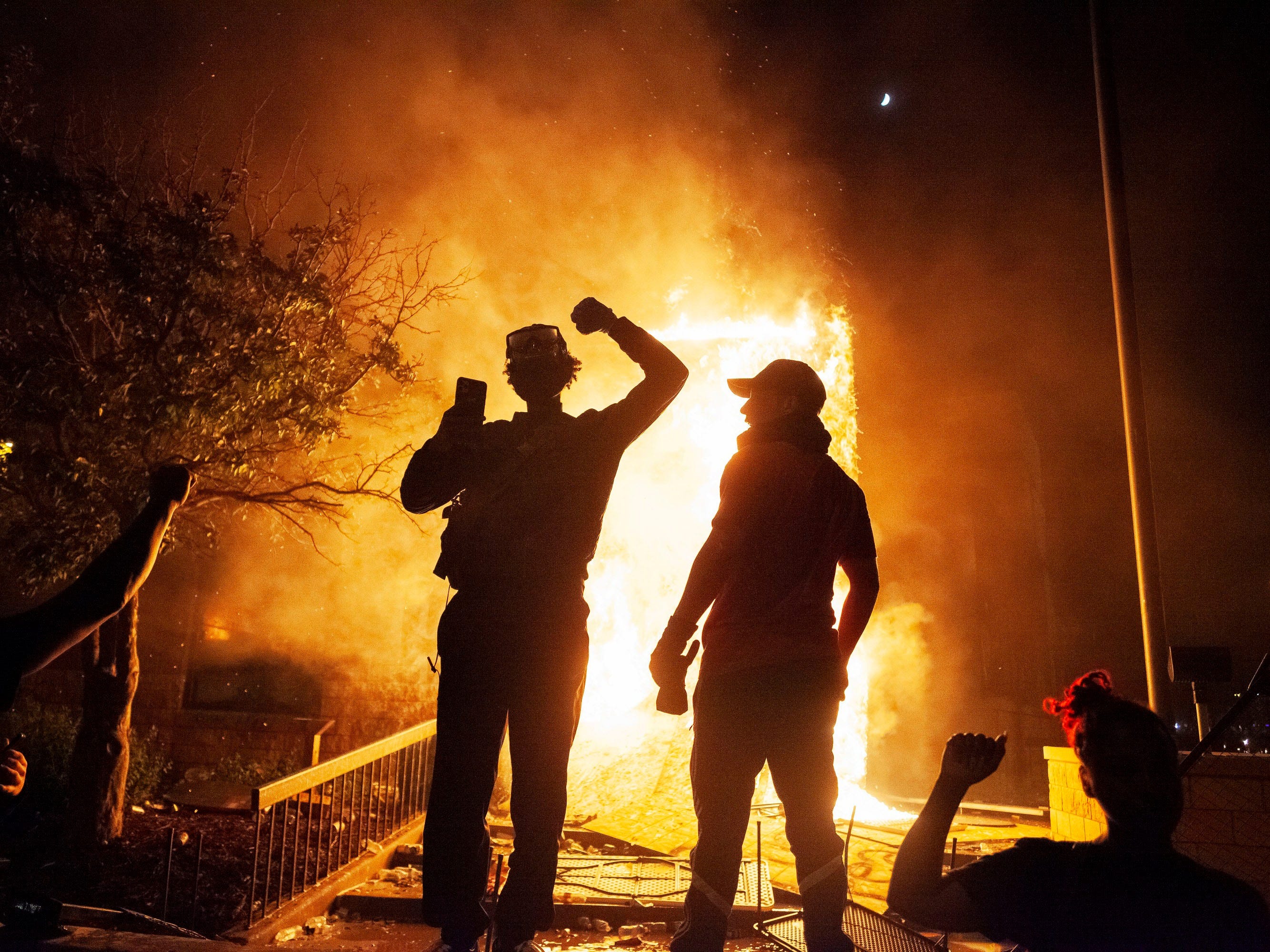 Ben Hovland/Xinhua via Getty ImagesProtesters stand in front of the burning Minneapolis 3rd Police Precinct building on May 28 in Minnesota.

Some 57% of Americans said the anger that led to nationwide protests against police brutality is “fully justified,” according to a poll published Tuesday.

Results from the Monmouth University Polling Institute poll, conducted from May 28 through June 1, indicate broad shifts in how Americans understand the nature of racism and police violence. Just 18% of respondents said protesters’ anger was “not at all justified.” 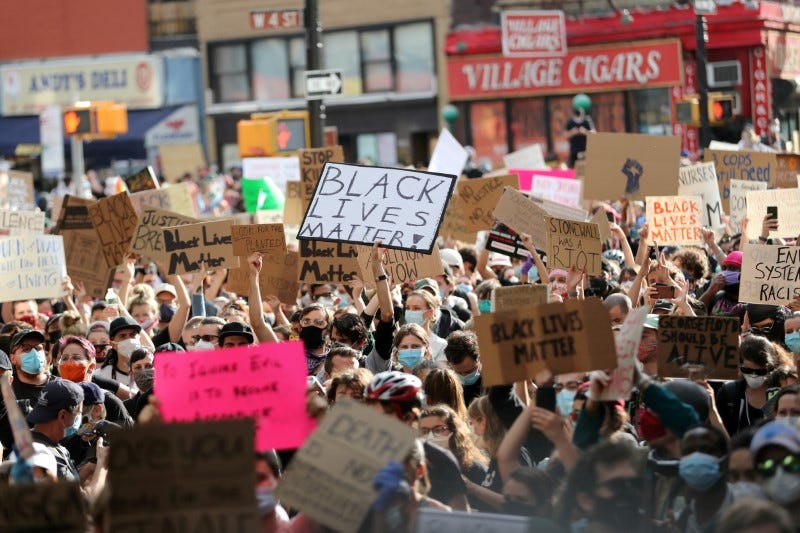 ReutersProtest against the death in Minneapolis police custody of George Floyd, in New York

The views from the latest poll mark a shift in how Americans think about police violence. In a poll taken after the police shooting of Alton Sterling in 2016, just 34% said police were more likely to use excessive force against black culprits, while 52% said it was just as likely that such force would be used against white culprits. In December 2014, following the acquittal of a New York City police officer who held Eric Garner in a chokehold, just 33% said excessive force by police was more likely to happen against black culprits.

“It seems we have reached a turning point in public opinion where white Americans are realising that black Americans face risks when dealing with police that they do not,” Patrick Murray, director of Monmouth’s polling institute, said in a statement.

Though white Americans may be reckoning more deeply than ever with the country’s racist police violence, they do not universally condone protesters’ more disruptive tactics.

After protesters burned down the Minneapolis 3rd Police Precinct in Minnesota, just 17% of respondents said the action was “fully justified.” Another 37% said it was “partially justified.”

“White Americans (45%) are much more likely than black Americans (21%) and Americans of other minority groups (30%) to say [the actions] are not at all justified,” the poll found.

“When people feel helpless, like there is nothing left to lose, like their lives already hang in the balance, a wild, swirling, undirected rage is a logical result,” opinion columnist Charles Blow wrote in the New York Times.

“You destroy people’s prospects, they will destroy your property.”