Massive fire in historic cathedral in Nantes, France is being investigated for potential arson, officials say 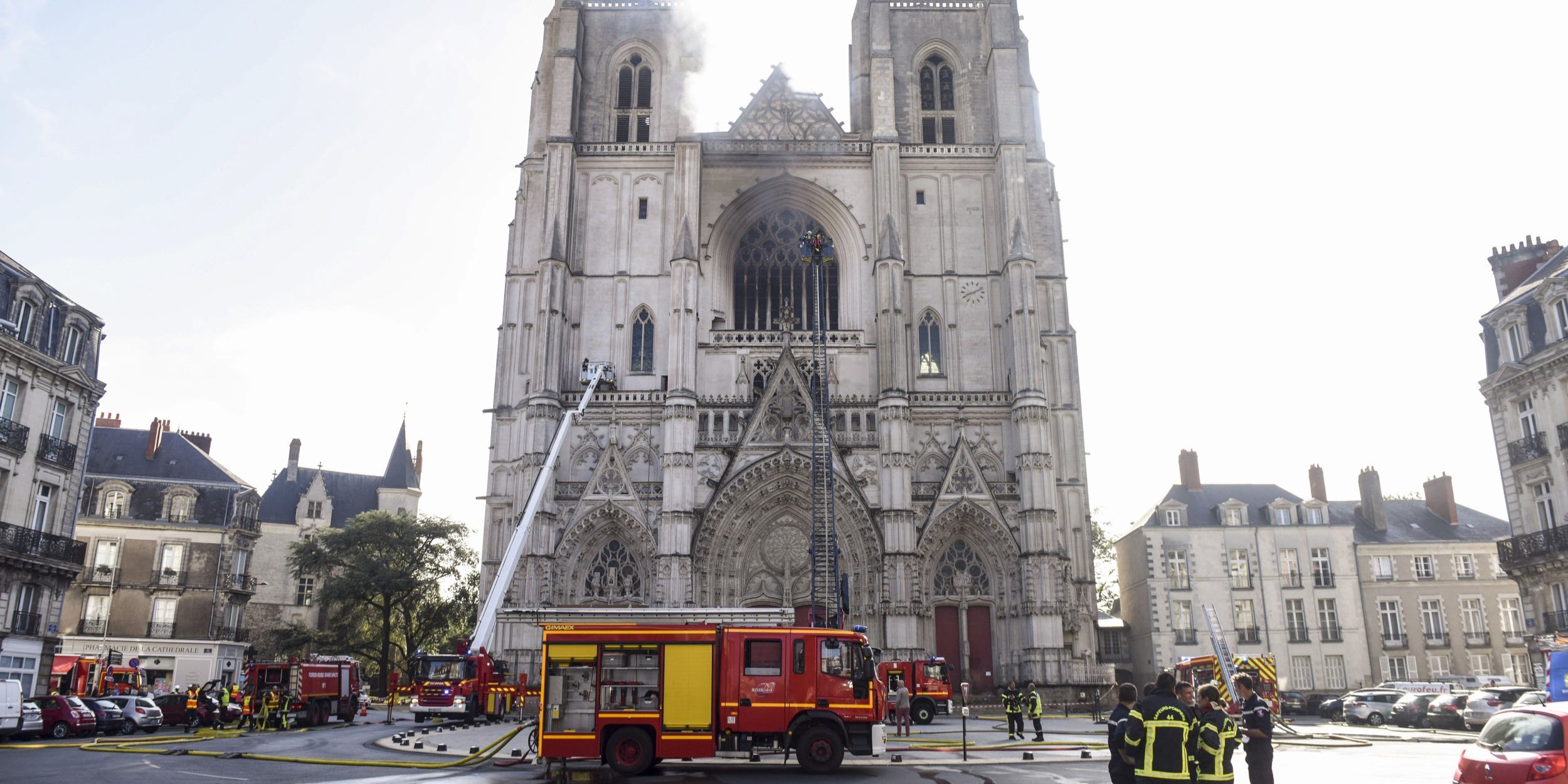 The 15th-century cathedral has been recognised with national importance. It was designated as a monument historique by the French Ministry of Culture in 1862.

In a video shared by the federation of French firefighters shows a fire igniting the interior of the cathedral.

French President Emmanuel Macron tweeted early Saturday morning to share his support for the firefighters who were taking risks to save the “gothic gem.”

The fire in Nantes comes a little over a year after the famous Notre-Dame Cathedral in Paris caught fire. Prosecutors have said that the fire may have been a result of problems in an electrical system or a smoking cigarette. Efforts to rebuild the cathedral have since gone underway, although the coronavirus pandemic has delayed progress.